Take a moment to imagine your home without windows. Not only would the space inside be significantly darker, but it would also feel a lot smaller! While it’s easy to take them for granted, there are a surprising number of parts that go into making modern windows possible.

Parts of a Window Frame

You can’t have a window without a frame! The frame is what secures the sash (more on that below!) and mounts the window within the surrounding wall. It also provides weatherproofing and a stylish finish to your home’s interior and exterior.

Head: The head is the upper horizontal part of a window frame.

Jamb: The jambs are the two vertical pieces on each side of a window frame.

Sill: The sill, or windowsill, is the bottom horizontal piece of a window frame. Some sills contain additional pieces: 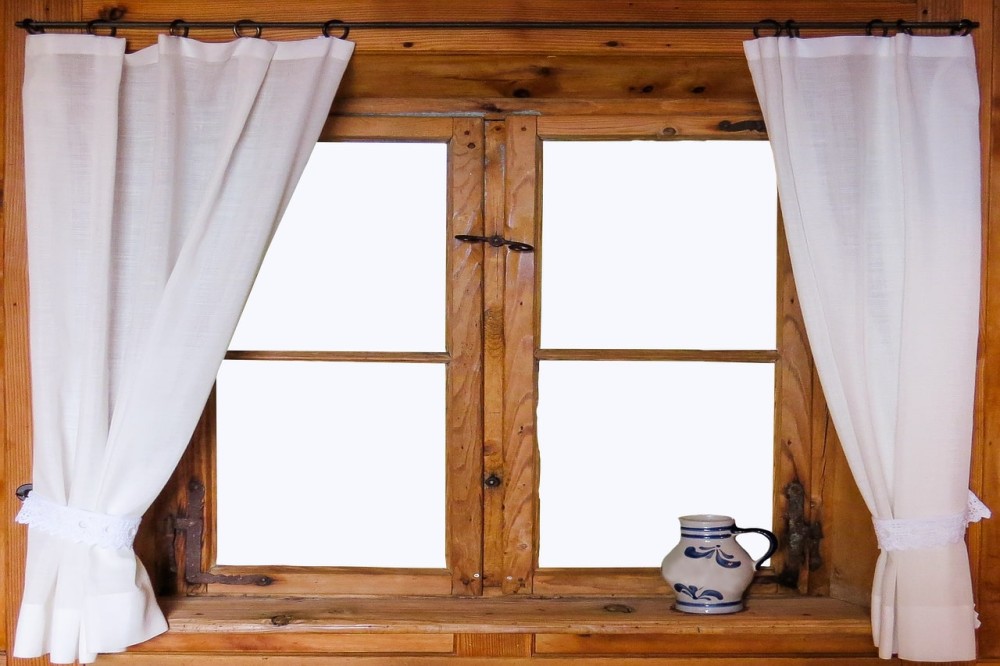 Stool: The stool is the more visible part of the stool that creates a prominent, shelf-like surface. It may be the same depth as the head and jambs or jut out further than the rest of the frame.

Apron: An apron is an optional part of the sill that extends vertically down the wall. It is entirely decorative.

Casing: The casing is the decorative trim applied to the interior and/or exterior of a window frame. Casing covers the installation point for a clean, aesthetically pleasing finish.

Parts of a Window Sash 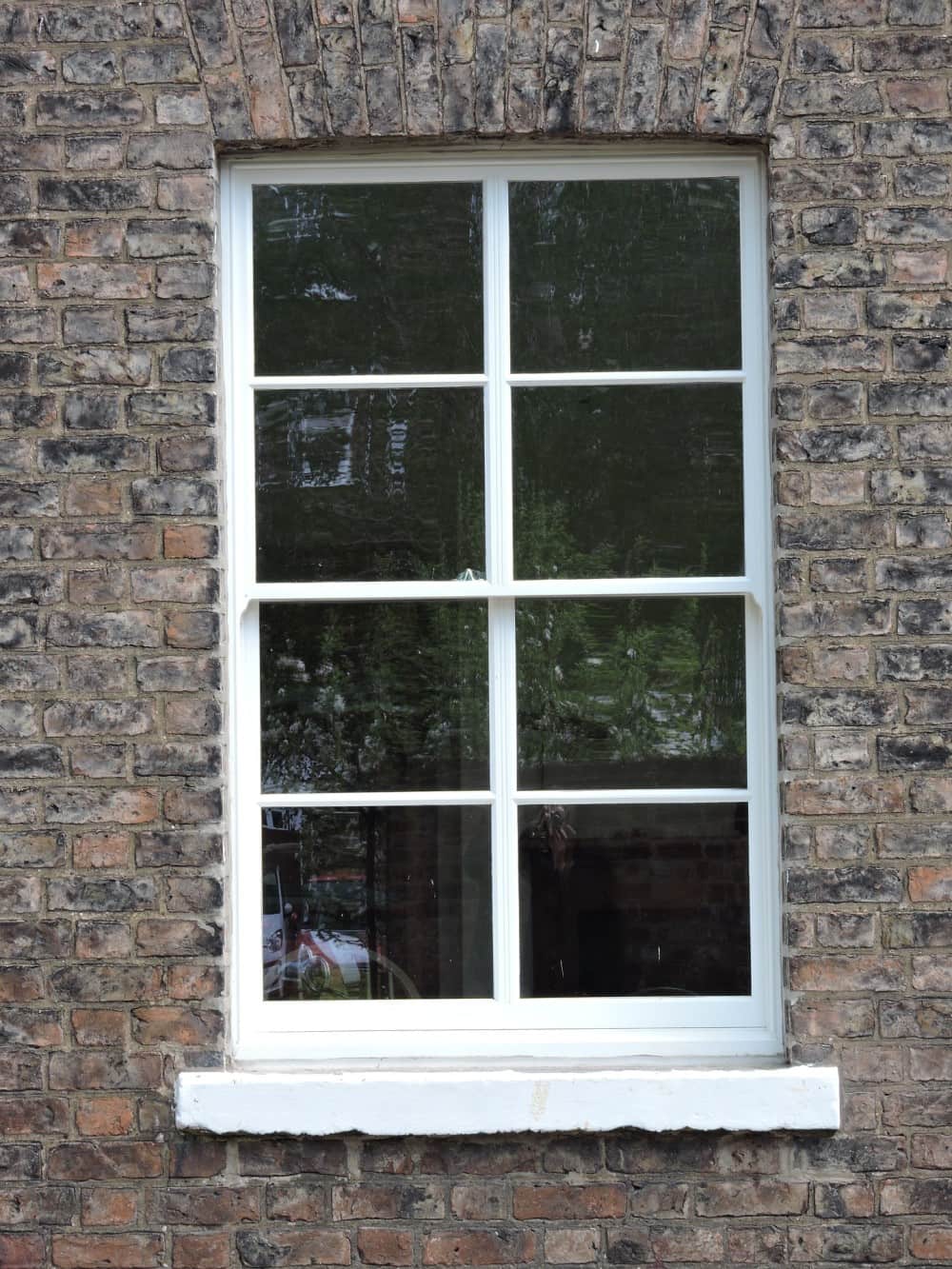 While the frame is what connects everything to the wall, the window sash is what holds the glass panes in place.

Window sashes can be movable — this is what allows many windows to open and close — or fixed.

Rail: The rails are the horizontal pieces of a window sash that run parallel to the head and sill of the frame.

Stile: Stiles are the vertical pieces on either side of a window sash. The stiles run parallel to the surrounding frame’s jambs.

Grilles: Grilles are optional parts of a window sash that divide a single pane of glass into multiple segments. They can be structural or decorative. Some windows feature removable grilles for easy cleaning.

Mullions and muntins are common types of grilles. 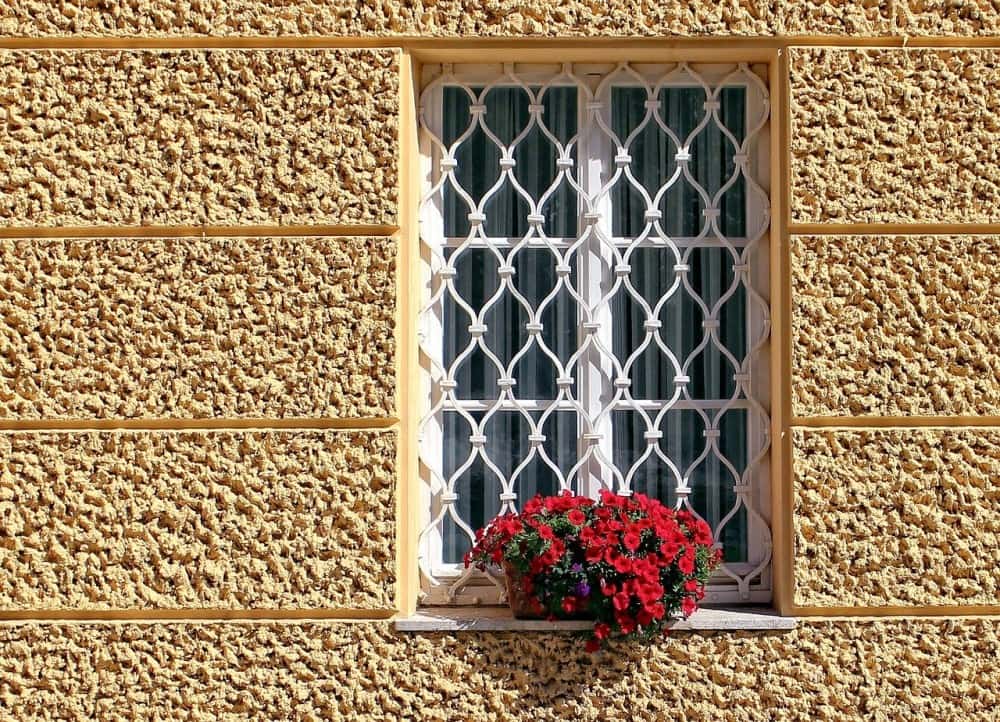 Mullions: A mullion is a single vertical grille that divides a single piece of glass into two side-by-side panes.

Muntins: Muntins are almost identical to mullions. The key difference is that muntins are used to divide a single window into any number of panes — not just two.

Parts of a Window Pane 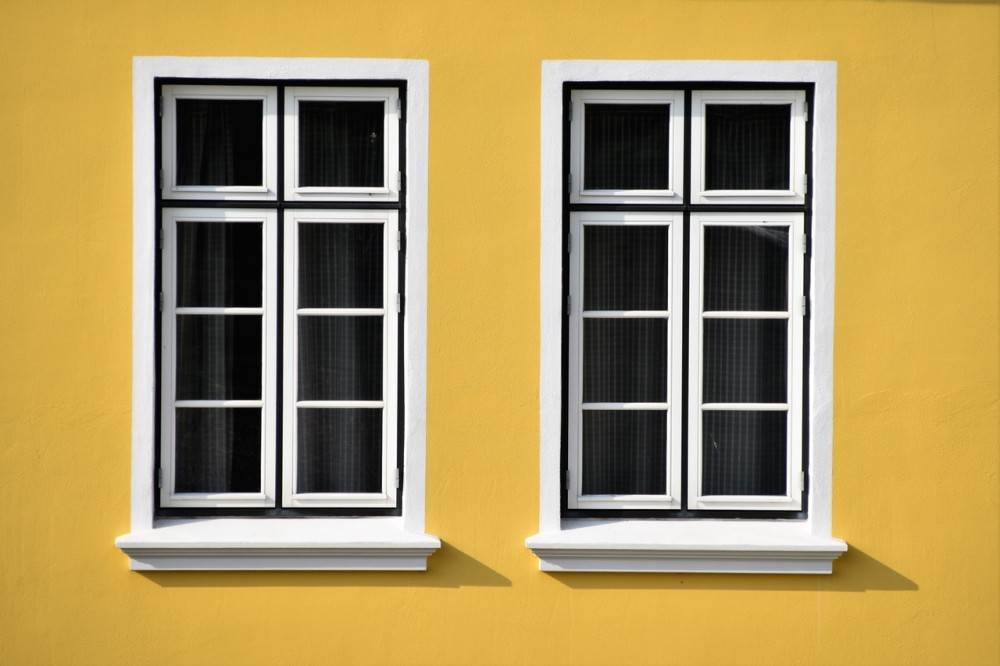 Last but not least, we have the humble window pane.

Without the pane, a window would be nothing more than a tiny door. The pane allows us to see the landscape outside our homes. It also lets in natural sunlight during the day.

Glass: Perhaps the most important part of a window pane is the glass. Modern windows are constructed with multiple pieces of glass. Double- and triple-layered glass is most common.

Spacers: Spacers hold multiple pieces of glass in place to form a single pane. Spacers are essential to any high-quality window pane. Spacers maintain a consistent space between layers of glass. They also create a seal that helps insulate the window and prevents condensation from collecting inside.

Insulating Gas: Though invisible to the naked eye, gasses are an important part of many windows. Insulating gasses are trapped between pieces of glass. Sealing spacers keep the gas from leaking out. Two of the most common gasses used in windows are argon and krypton.

These gasses aid in insulating the window pane, preventing hot or cold air from passing one side of the glass to the other. They can also dampen unwanted noise from outside the home.

Screen: Many residential windows feature screens on one side of the glass. These screens generally open and close independently of the window sash. Screened windows can be opened — letting in fresh, outdoor air — without allowing bugs or large debris to enter the house.

Screens also offer some limited security by keeping wild animals from entering (though determined wildlife won’t be stopped by a thin screen!).

Most Common Types of Windows

Identifying the various parts of a window can help you make more informed decisions when it comes to renovating or maintaining your home. But not all windows are the same!

Keep in mind: Nearly all types of windows can take on many different appearances. Ultimately, it is the way a window operates that determines its style.

Here are some of the most popular styles of windows that may be in your house or local home improvement center:

A single-hung window features two sashes, only one of which can be slid up and down. Often — but not always — the bottom sash is the movable one.

Single-hung windows are the most common style seen in many contemporary homes.

An awning window opens by swinging out from the bottom. The top portion of the sash is hinged, allowing the bottom to swing outward. Some awning windows feature additional stationary sashes above or below the awning-style sash. Awning windows rely on a special part called an operator’s arm. This arm is what supports the window sash when open.

Many awning windows open and close with the use of an interior handle crank. 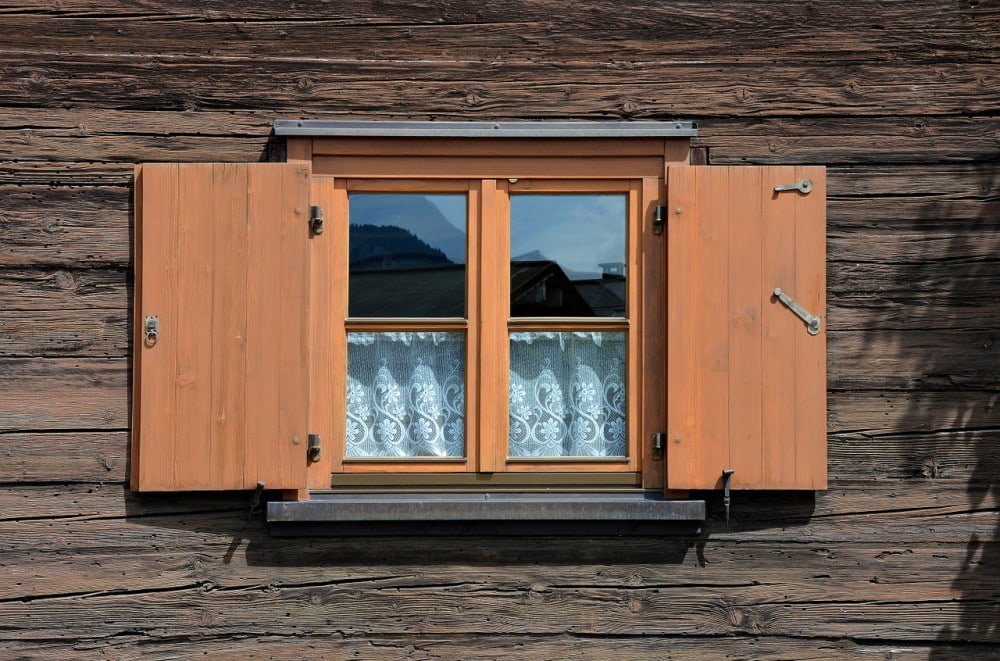 A casement window is essentially an awning window that opens from the side rather than from the bottom. Both awning and casement windows may also be referred to as crank windows.

Awning windows are wider than they are tall. The opposite is true of casement-style windows.

Like awning windows, casement windows often utilize an operator’s arm and hand crank to open and close. Casement windows may open from either side — the direction a window swings out is ultimately up to the installer. 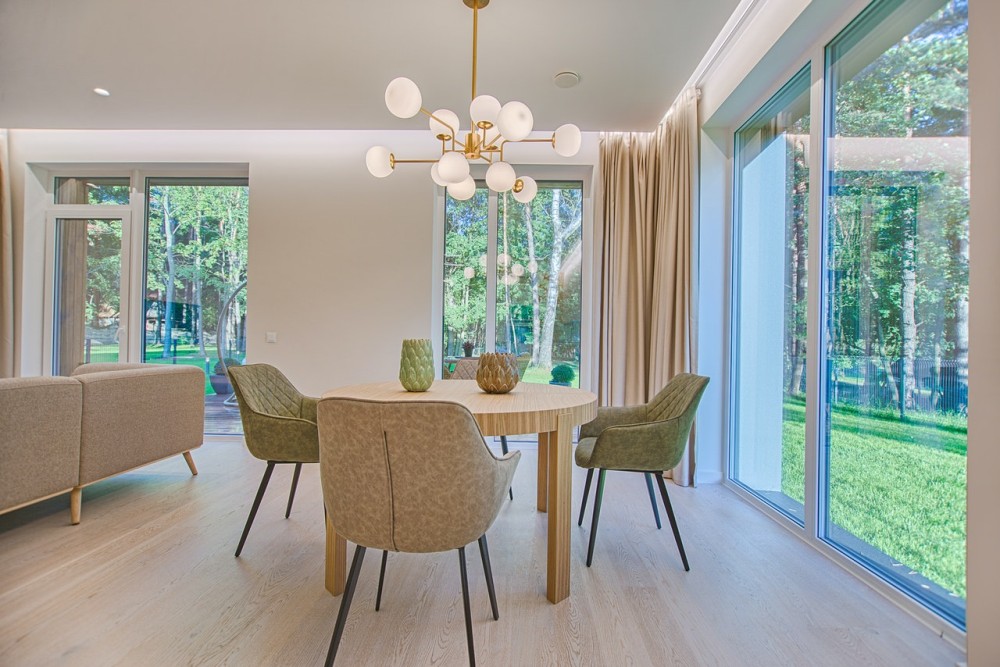 The best way to describe a sliding window is as a single- or double-hung window turned on its side!

Sliding windows can open in either direction — a sliding window may have one or two moving sashes. They typically feature a locking mechanism built into the check rail.

A bay window is a multi-frame window style that extends past the home’s exterior wall. Bay windows are often paired with bench seating or built-in storage.

Bay windows tend to be associated with a vintage design — for example, Victorian architecture — but can be used effectively in all types of home design.

Bow windows are closely related to bay windows (many homeowners refer to both styles by the same name).

Most bay windows consist of a large picture window flanked by another type of window on each side. Meanwhile, bow windows feature three or more window frames of the same style.

The average homeowner isn’t installing new windows on their own! But learning how your home’s windows work can be a great way to expand your knowledge and feel better equipped to handle routine maintenance.

Which types of windows do you have throughout your own home? Does your home feature any unique window styles not mentioned? Let us know in the comments below!