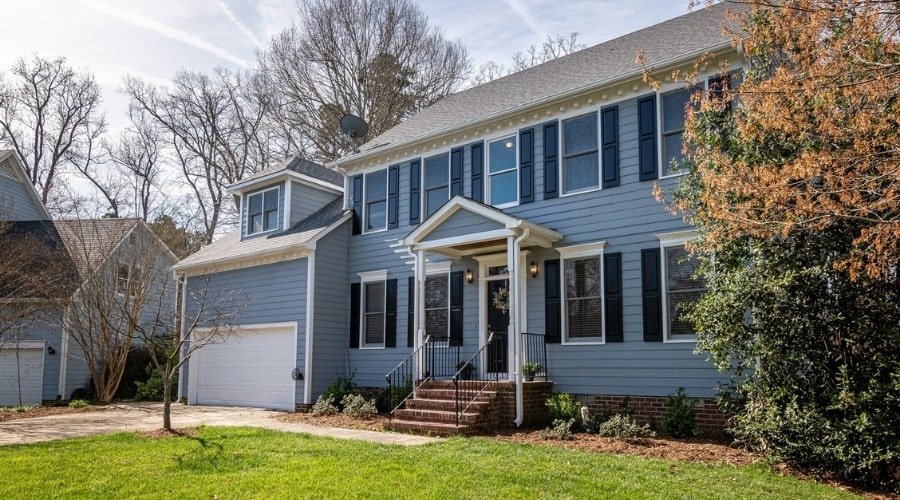 Downsizing might be a hot topic in today’s real estate market. But there are still countless homeowners looking to grow their living spaces without spending a fortune. If this sounds like you, a barndominium might be the exact home you’re looking for!

A barndominium — sometimes shortened to ”barndo” — is a style of home, made popular by the farmhouse design movement and media outlets like HGTV’s Fixer Upper. (Don’t worry… you don’t need to live on a farm to take advantage of this trend.)

So what are the differences between a barndominium vs a house in suburbia? Are barndominiums really as perfect as TV and social media make them seem?

What Is a Barndominium?

The answer to this question becomes extremely clear when you break the word into its individual parts:

First — and most obvious — is the “barn” portion of this word. Second, we have “dominium” (short for “condominium”) bringing up the rear.

Put it all together and you have a barn that has been converted into a full-time living space!

The concept of barndominiums has existed since at least the 1980s. While these structures were once purely functional, today many homeowners are opting for a barndominium for the visual appeal as well.

How To Create a Barndominium Home

You might be lucky enough to find a barndominium listed in your local real estate market. Yet most contemporary barndominiums are custom-designed to suit the needs of the current owners.

So what qualifies as a barndominium? Here’s how regular old barns are turned into functional living spaces:

One of the greatest things about the barndominium trend is that it can breathe new life into an existing barn or shed.

Converting an old barn into a living space not only saves time and money in many cases but can also prevent building material waste.

The obvious downside of this method is that not all barns are suitable for converting into a full-time home. Older barns may require significant repairs that can add up quickly. Plus, you lose some of the customizations that makes barndominiums so popular in the first place.

While converting an existing structure into a barndominium is a great idea, it’s not an option for everyone. Very many, if not the majority, of barndominiums, are built from scratch.

Constructing a barndominium is almost identical to building a normal barn. Once the exterior is complete, the new homeowners can customize the interior of their barndominium with an open floor plan or partitions to create separate rooms.

Building a barndominium from the ground up can make it easier to customize your home to suit your needs. You get to make decisions like choosing the siding color, adding a covered porch, or picking the exact location of your future home.

Reasons To Live in a Barndominium

True, the visual appearance of a barndominium isn’t for everyone. If you prefer the classic look of Colonial or Victorian homes, then a barndominium probably doesn’t tickle your fancy.

So why are so many homeowners jumping on this trend? Well, it’s largely because barndominiums come with several impressive benefits.

Compared to traditionally framed houses, barndominium exteriors are often more affordable to build. They also take less time to build (this is great news when labor costs are so high!). This allows you to spend more money on your home’s interior design or stay within a smaller budget overall.

Even if constructing a barndominium in your area isn’t much cheaper than building a regular house, you can count on seeing savings over time. Barndominiums require less frequent maintenance, which adds up quickly throughout the lifespan of your home.

No house is entirely weatherproof. With that said, barndominiums get pretty close!

Thanks to the steel roof, siding, and framing of a barndominium, this structure can stand up to all kinds of extreme weather. Barndominiums are less vulnerable to fires, hail, lightning storms, and even tornadoes than traditional homes.

Depending on your local climate, this may or may not be a major selling point. But everyone wants their home to be as durable and structurally sound as possible.

If you work from home, a barndominium might just be the ideal living space. Because barndominiums offer so much square footage and are easy to customize, it’s remarkably simple to convert part of your home into a warehouse, workshop, garage, or other office space.

Reasons NOT To Live in a Barndominium

Barndominiums sound pretty awesome, right? These homes can be perfect for many people. But, as with all types of housing, there are some potential drawbacks that you should be aware of!

Barndominiums are most common in rural areas. This is partially because barndominiums fit in so well with the rustic aesthetic of the countryside. But it’s also because many cities and towns ban using these structures as permanent living spaces.

Before getting your heart set on calling a barndominium home, be sure that your municipality permits them.

It’s also important to research any additional requirements that exist for barndominiums but not traditional homes. For example, some areas require sprinkler systems be installed in any barndominium to protect against fires.

Insulating a barndominium is often more expensive than insulating other types of housing. While adequate insulation will save you money on future cooling and heating costs, this expense may come as a surprise to new barndominium owners!

Insulation won’t just affect the internal temperature of your barndominium. Barndominiums also have a reputation for amplifying noises from outside.

Rain falling on a steel barndominium roof can be extremely loud. This can also be a problem if you live near a busy highway or active farmland.

The vast majority of barndominiums feature just one level. Many homeowners are fine with (or even prefer) doing away with multiple floors and staircases. But this could be a dealbreaker for anyone who needs the extra space.

One solution to this problem is to build a loft into your barndominium. While this isn’t exactly the same as a traditional two-story floor plan, it offers more square footage and a natural division of the living space.

With the current real estate market and the cost of new construction reaching unprecedented highs, it won’t be surprising if the barndominium becomes a go-to solution for prospective homeowners. But is this style of home the right choice for you?

Opting for a barndominium over a traditional home means:

On the other hand, building a barndominium house isn’t possible in many areas. Plus, there are limitations to how the interior of a barndominium is laid out and insulated from the outdoors.

So while a barndominium is the best solution for many people, don’t let this trendy home style distract you from the housing market as a whole. If a barndominium isn’t right for you, there’s bound to be a better alternative just waiting to be discovered!