Without opening Google, how many plants beginning with H can you name? How about Flowers That Start With The Letter H? Even if you consider yourself an experienced gardener, you might not be able to list as many as you think!

Learning about different plant species is a great way to expand your gardening knowledge. And you definitely don’t need to grow all of these plants that start with H to make adding them to your mental repertoire worth your while!

25 Plants That Start With H Hakone grass, or Japanese forest grass is a clumping ornamental variety that can be successfully grown even in moist, low-light environments.

Several cultivars are available, including those with golden foliage or interesting variegation! 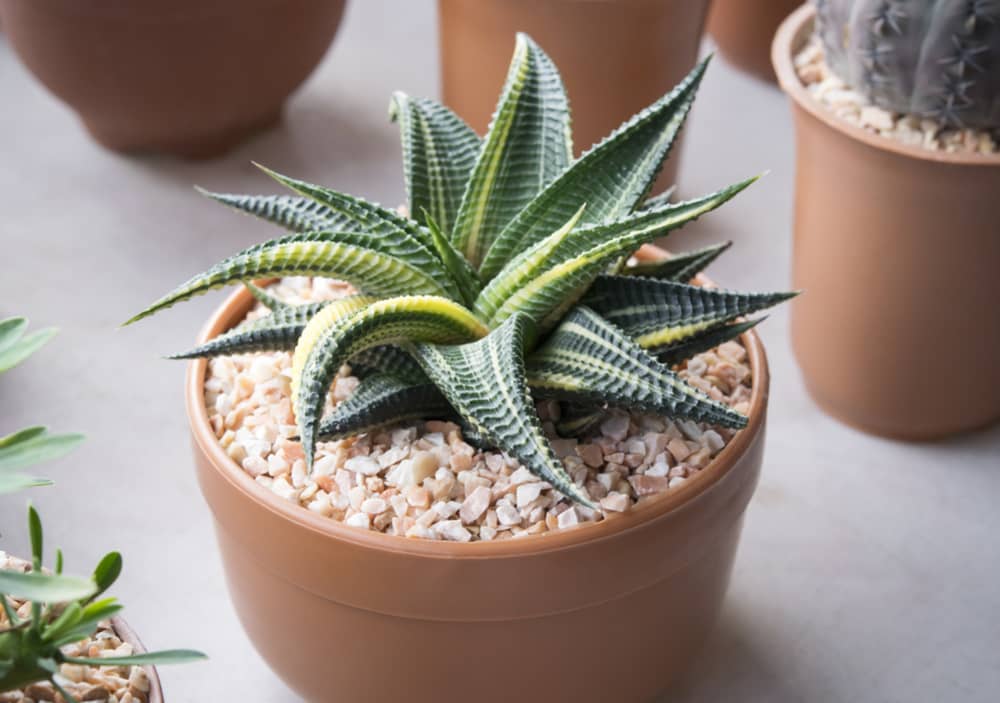 Plants from the Haworthia genus make up a large percentage of succulents sold in greenhouses and gift shops.

Like other potted succulents, the most common variety of haworthia grows in a rosette pattern. However, the leaves are sharp and often striped (earning the colloquial name of “zebra plant”). 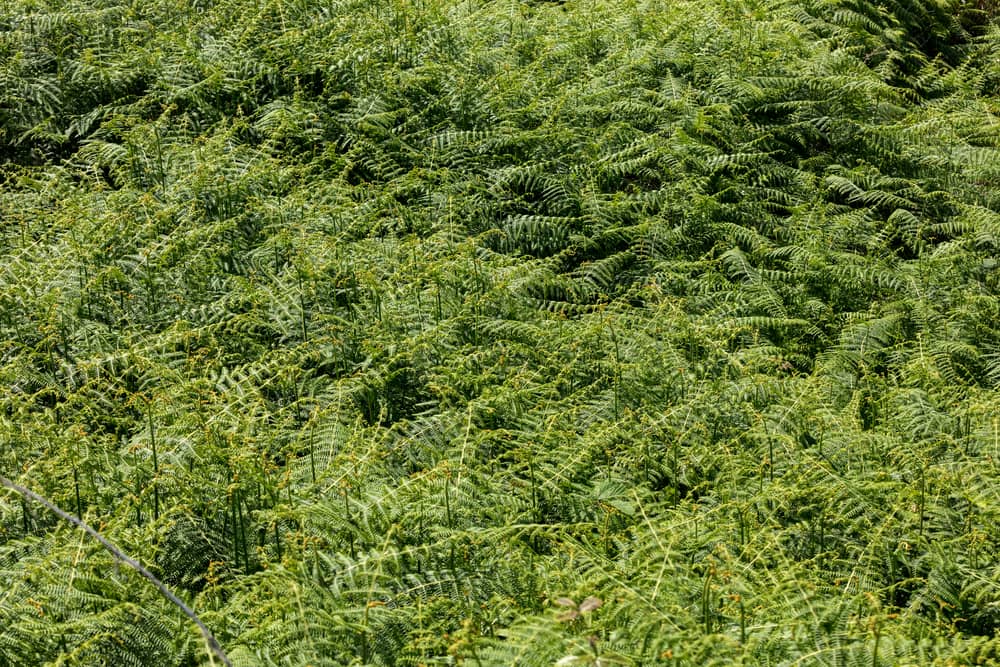 The dense rhizomes of this North American native offer an incredible defense against garden weeds.

Plant hay-scented fern, which typically stays under 18 inches tall, in any partially shaded area in need of low-maintenance appeal. 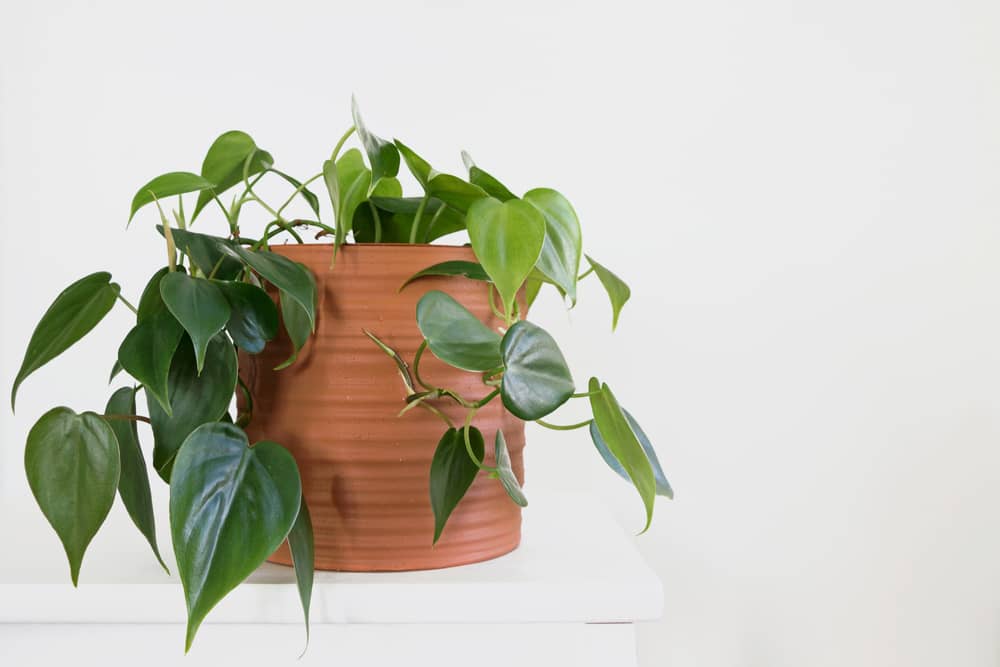 Commonly mistaken for a type of pothos, the heart-leaf philodendron is one of the most popular houseplants around.

Its evergreen, vining habit makes it perfect for use in hanging baskets or to fill an empty spot on a shelf. 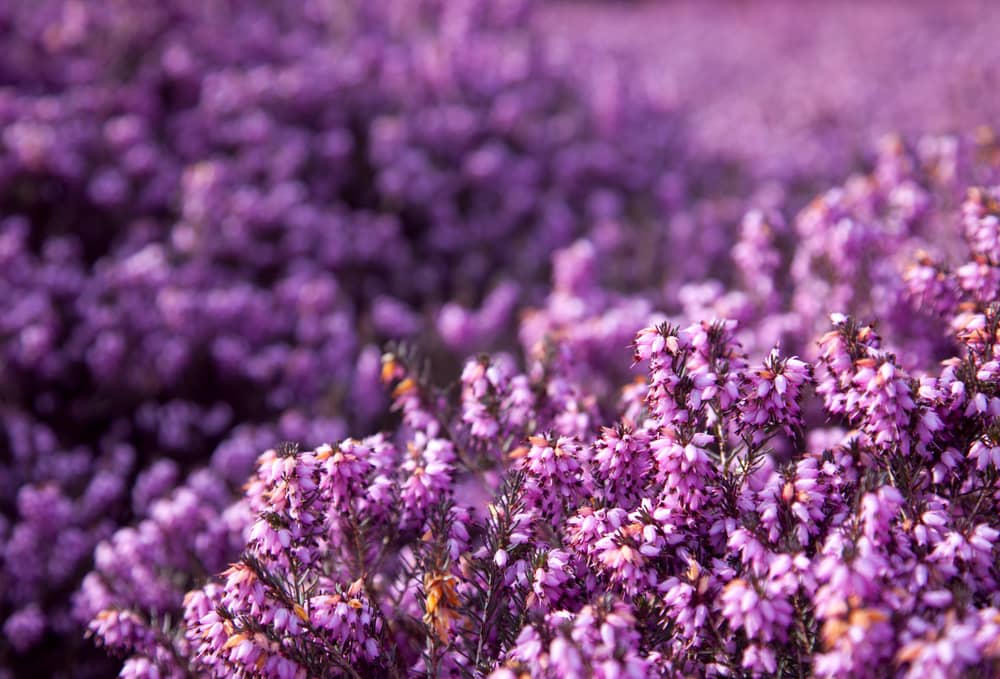 These shrubs are as hardy as they are beautiful. Heath can withstand drought, cold, wildlife, and more. Along with their evergreen foliage, heaths also produce colorful flowers throughout much of the year. 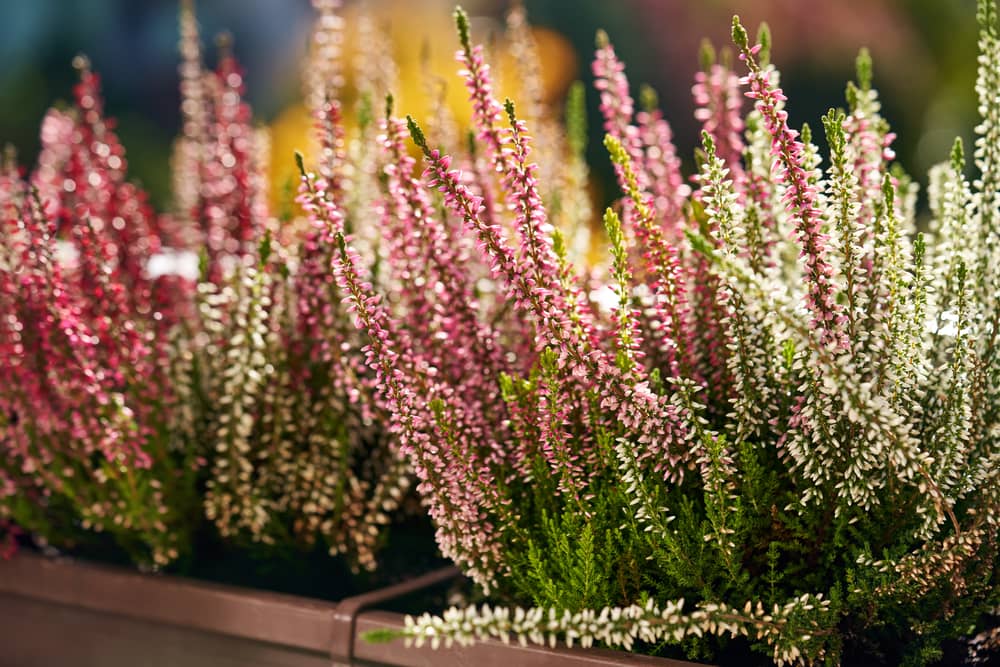 Heaths are plants within the Erica genus. Meanwhile, the name “heather” is typically reserved for the species Calluna vulgaris. The two groups are only distantly related despite being nearly indistinguishable in the garden.

Heather is just as hardy and attractive as heath and is often easier to source for the home gardener. 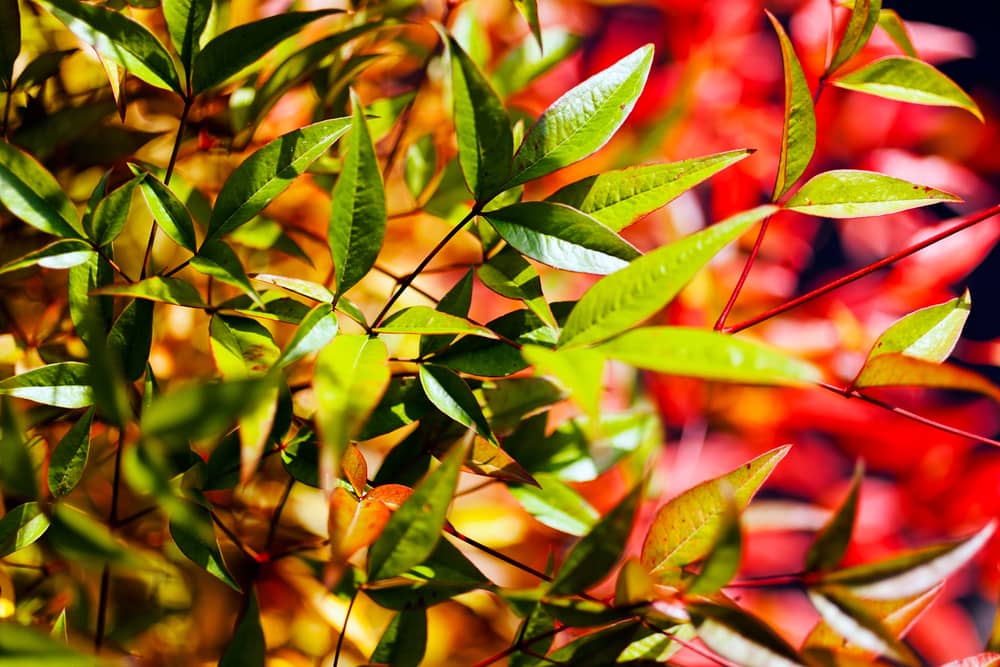 Rest assured, this colorful shrub is not actually a type of bamboo. This is great news for anyone wary about growing the oft-invasive grass in their landscape!

Heavenly bamboo is celebrated for its color-changing leaves. While most trees and shrubs only change color in the fall, heavenly bamboo foliage shifts with each new season! 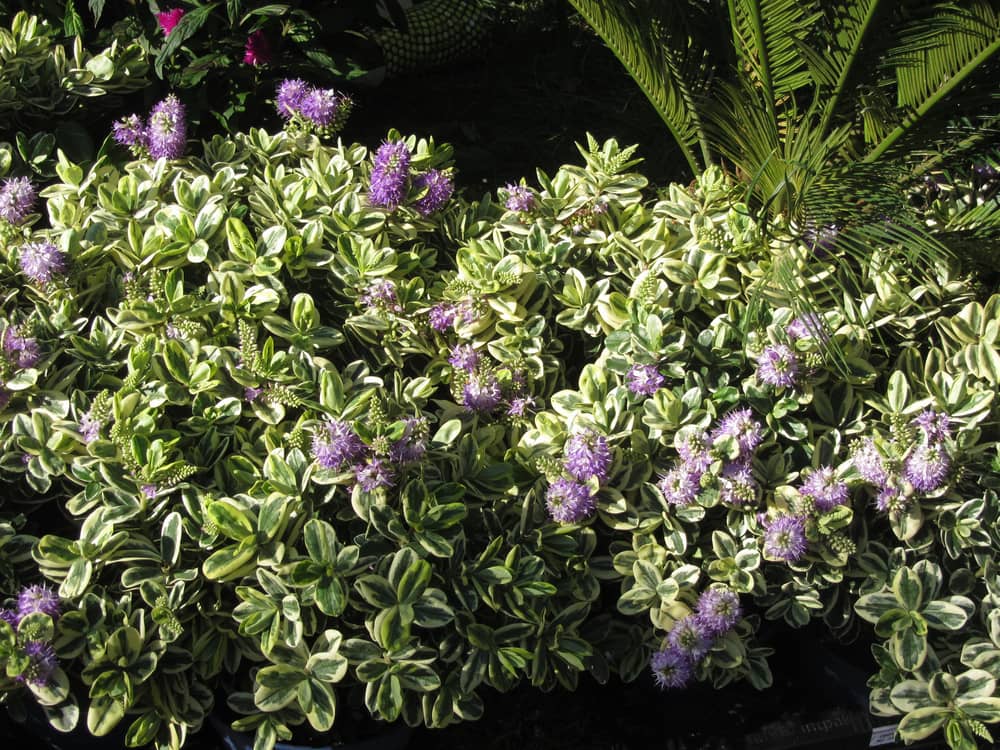 Hebe shrubs are unassuming evergreens that thrive with minimal care. When not in bloom, it’s easy to mistake these plants for other low-growing shrub.

The spike-shaped flowers (which come in many colors) take center stage throughout summer and fall. 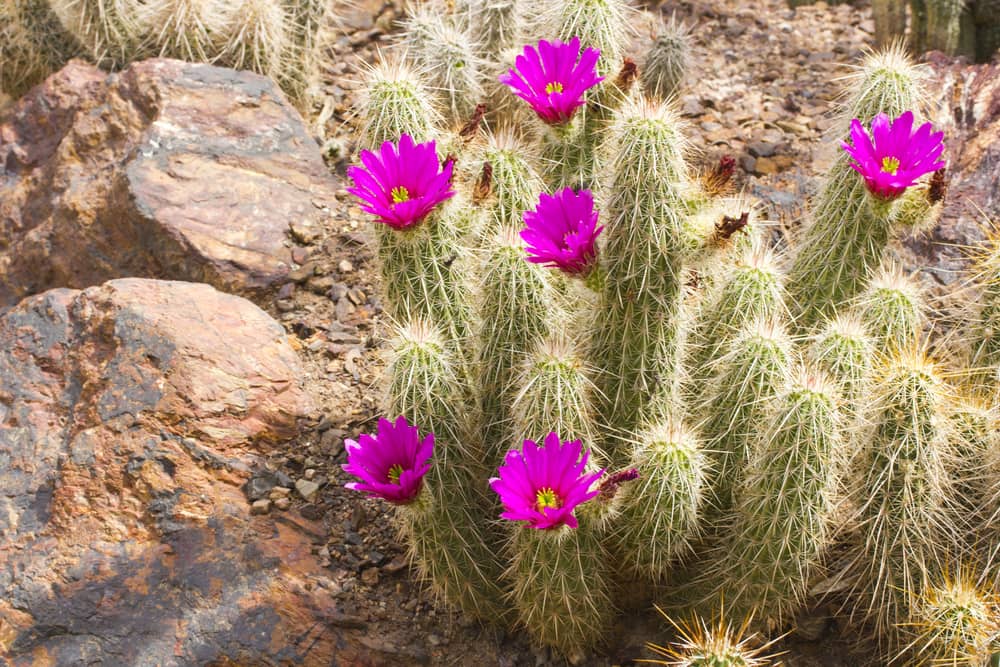 Hedgehog cacti are small, round specimens belonging to the Echinocereus genus. They are known for being easy to care for — indoors and outdoors — and are sold in countless greenhouses worldwide as houseplants. 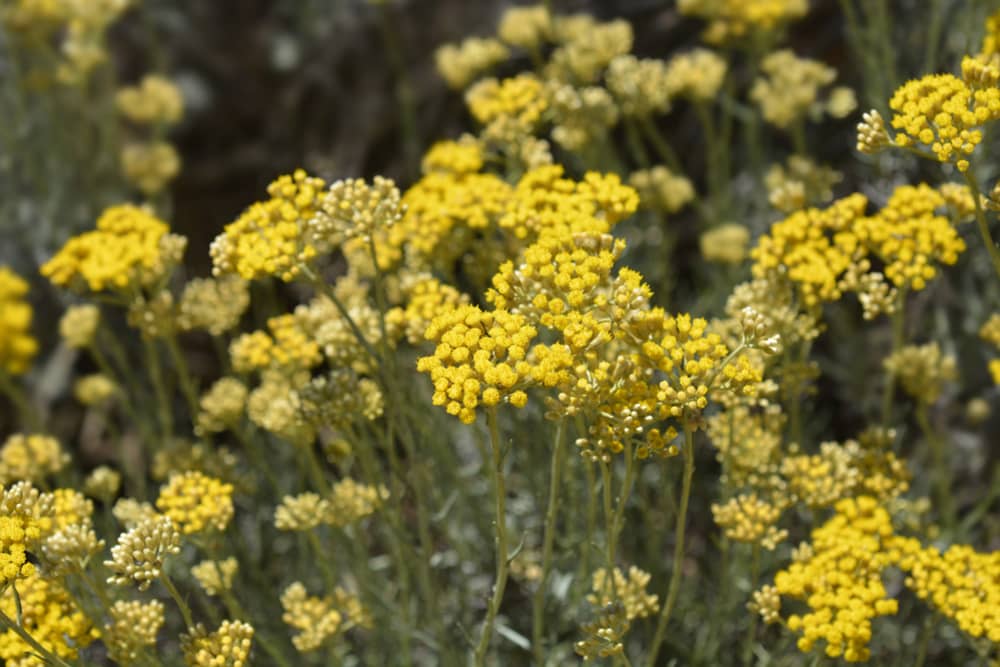 The foliage of helichrysum plants could be easily mistaken for that of lavender. Once the distinctive yellow flowers emerge, however, there’s no mistaking this herb for its purple counterpart.

Helichrysum is only somewhat prevalent as an ornamental. Instead, it's more commonly used as a source of essential oil. 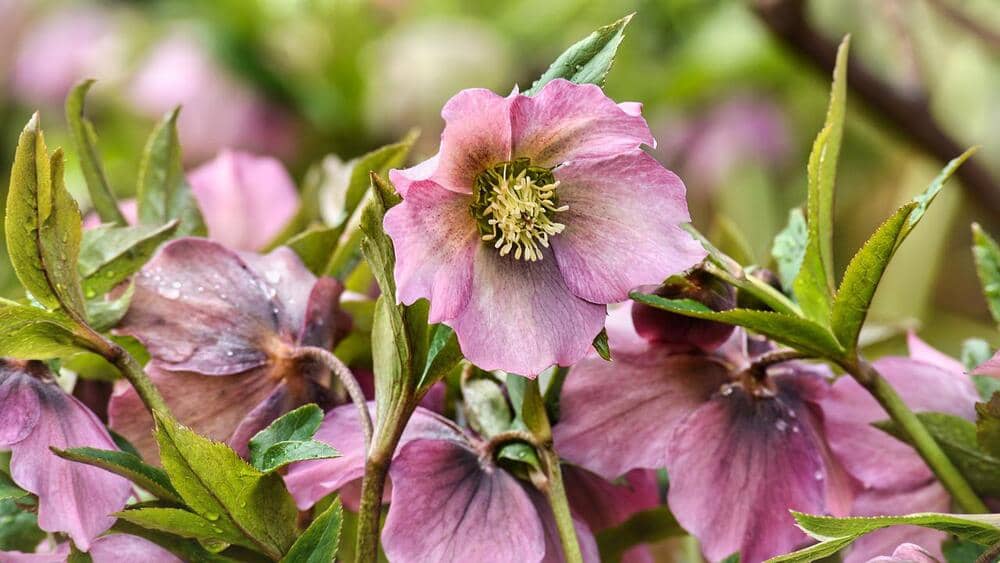 Hellebore flowers are some of the few blossoms that embrace the cold rather than fear it!

These winter- and spring-blooming flowers are perfect for filling around deciduous trees since they tolerate shade in the summer and sun in the winter. 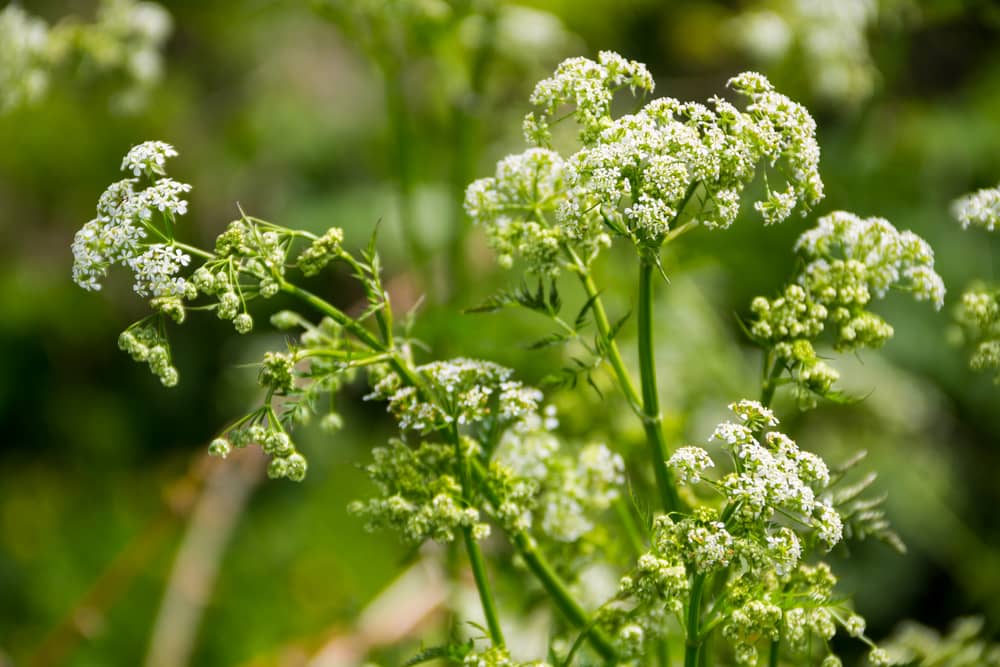 Hemlock can refer to several plant species but the most infamous is definitely Conium maculatum. Also known as poison hemlock, this carrot relative is an invasive weed in most areas.

As its colloquial name implies, the plant is extremely toxic to humans and animals when ingested. The biggest danger associated with poison hemlock is its flower’s similarity to Daucus carota — a.k.a. wild carrot or Queen Anne’s Lace. 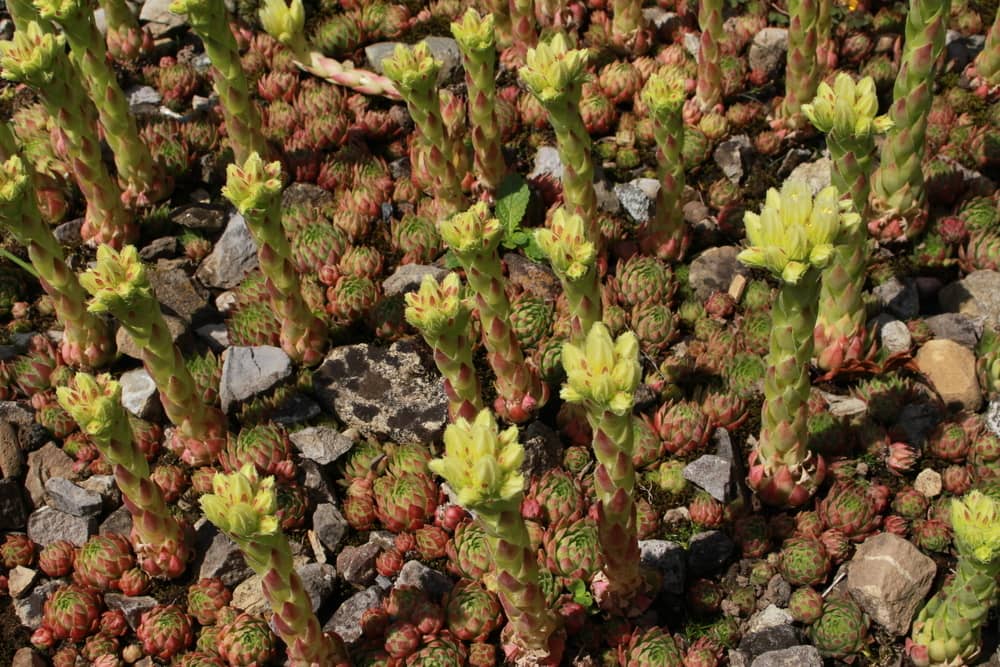 If you’re a cold-climate gardener, you’re probably very familiar with these hardy succulents! In the wild, hens-and-chicks are found in mountainous regions. 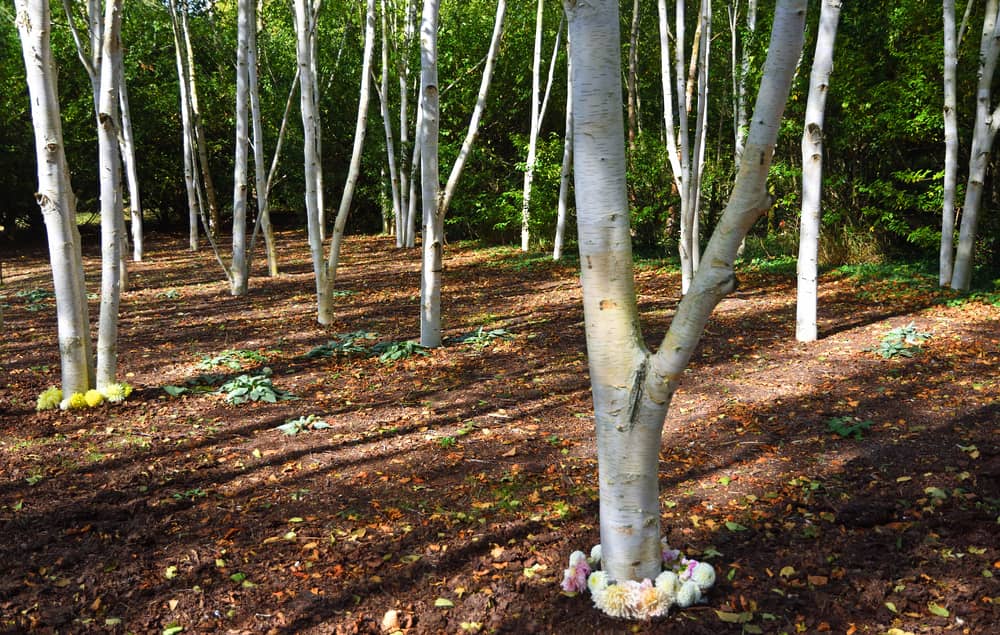 This variety is one of the most popular birch trees grown in North American landscapes. When the average person pictures a birch tree, it’s usually the Himalayan birch that comes to mind!

The Himalayan birch tree provides shade, wind cover, and ornamental beauty. Its bark is some of the whitest of all birch varieties. 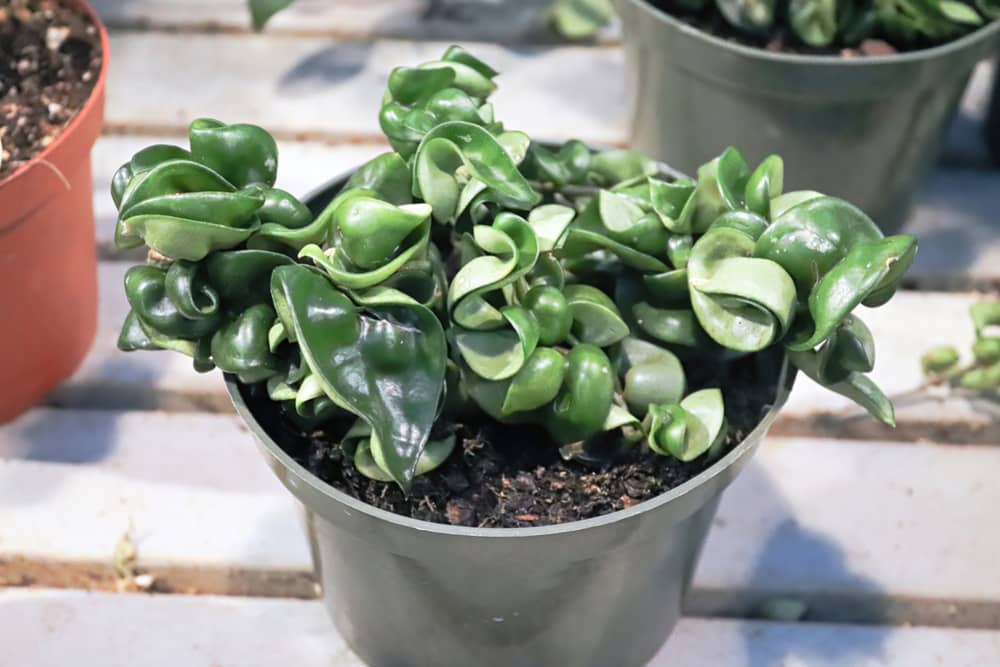 The Hindu rope plant is a special type of Hoya carnosa (also known as a wax plant). Two specific cultivars go by this name: ‘Compacta’ and ‘Krinkle Kurl.’

These popular houseplants have curly, succulent leaves that grow on trailing vines. The result is a twisted shape that resembles a large piece of braided rope! 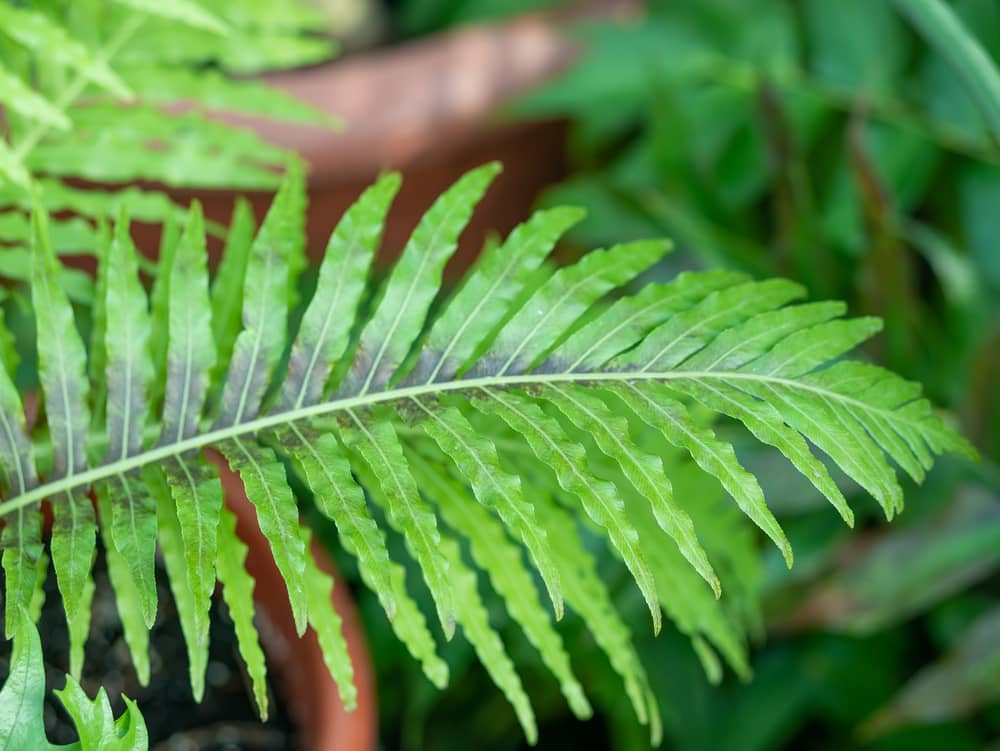 The holly fern gets its name because its fronds look very similar to the leaves of a holly shrub. However, the two plants have no relation. Use this fern species in the landscape or as a lush houseplant. 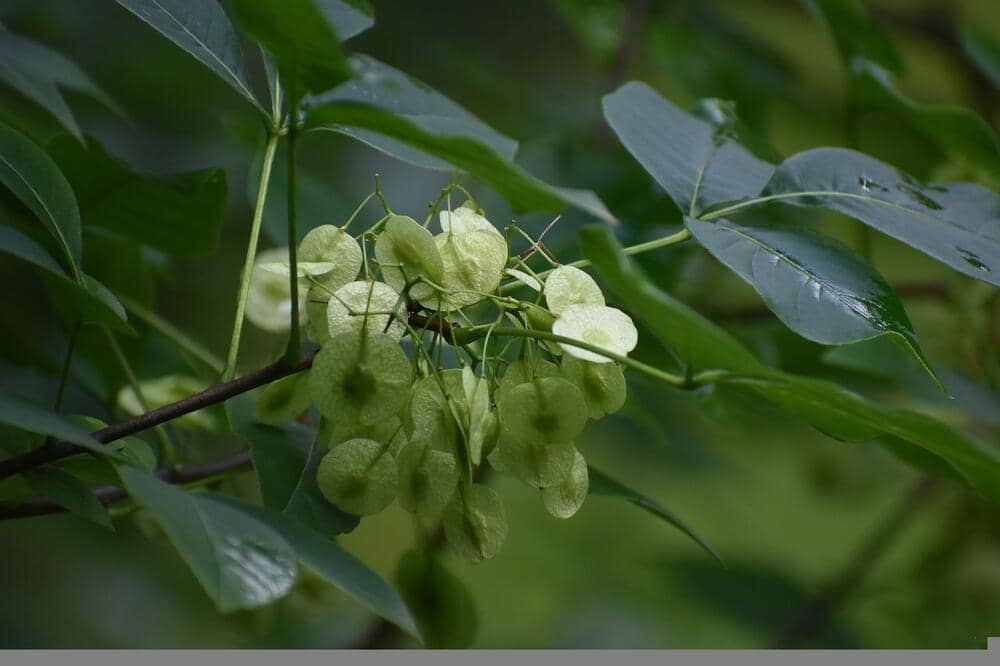 Some people know this shrub as wafer ash, so named because of the disc-like fruit that replaces its flowers. The name “hoptree,” comes from the wafers’ history as a hop alternative in beer brewing. 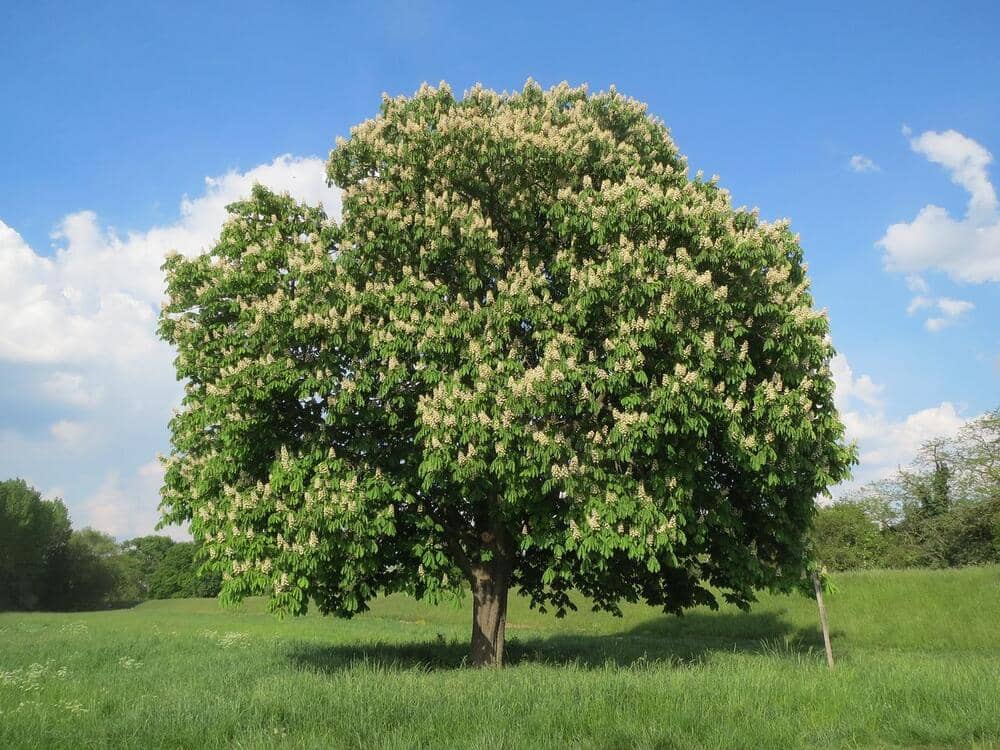 The horse chestnut is extremely popular as a shade or ornamental tree. Its upright flowers help it stand out from other deciduous tree species.

Horse chestnut trees are undeniably beautiful but can be a nuisance in some landscapes. Squirrels love to bury the seeds in nearby garden beds, so be prepared to remove seedlings each spring going forward! 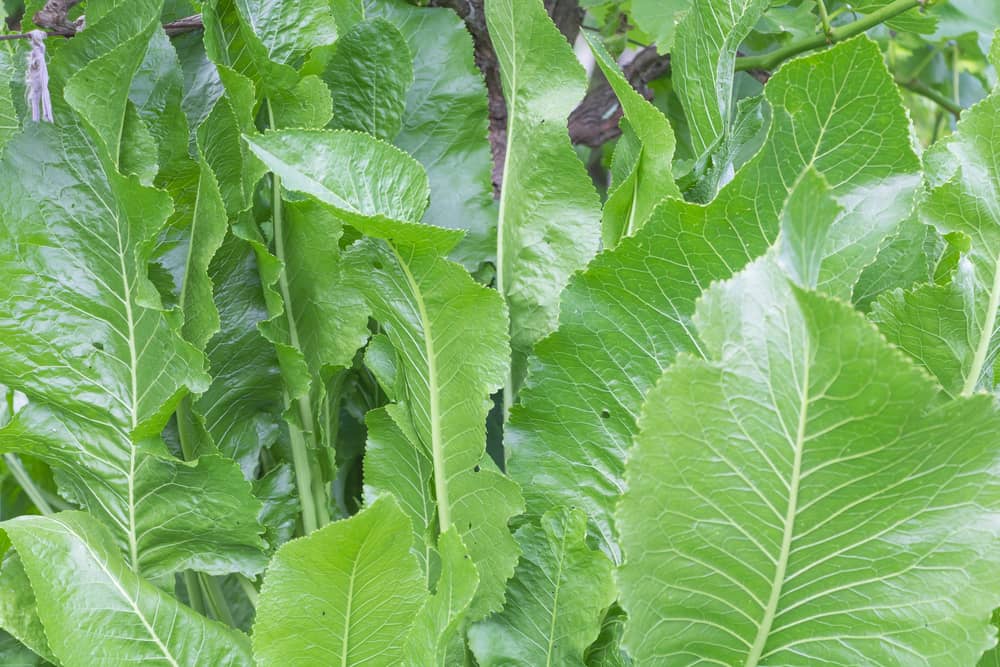 More people are familiar with the culinary form of horseradish than they are with the actual plant. But they also boast lush foliage and delicate flowers that look great in the cottage-style garden. 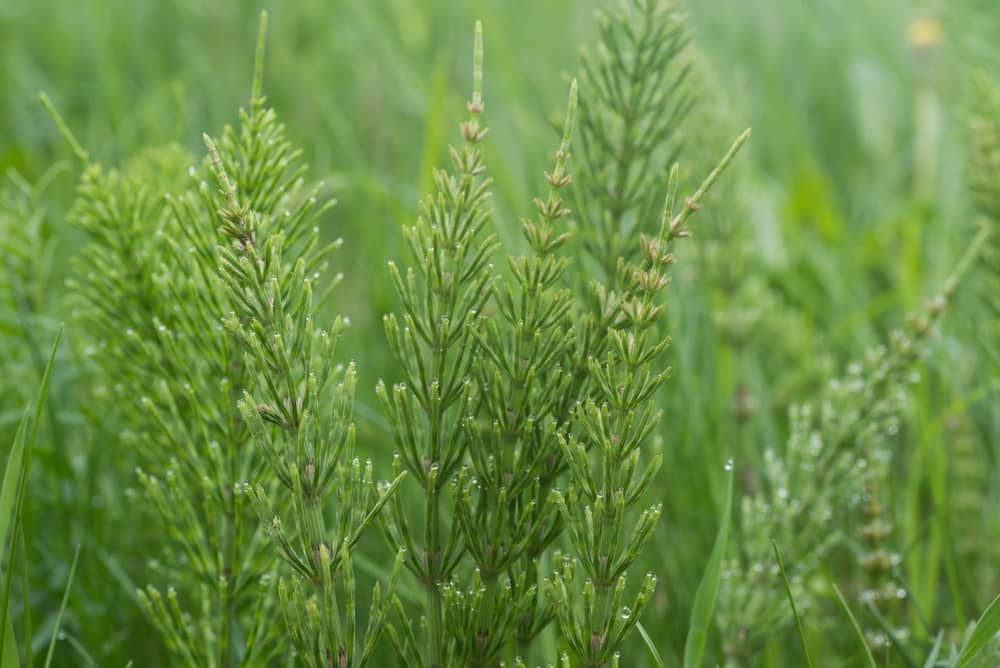 Despite their grass-like appearance, horsetails are actually a variety of fern. Although horsetail is sometimes grown as an ornamental, it spreads like a weed.

The only thing stopping it from being invasive is that it’s native to most regions. 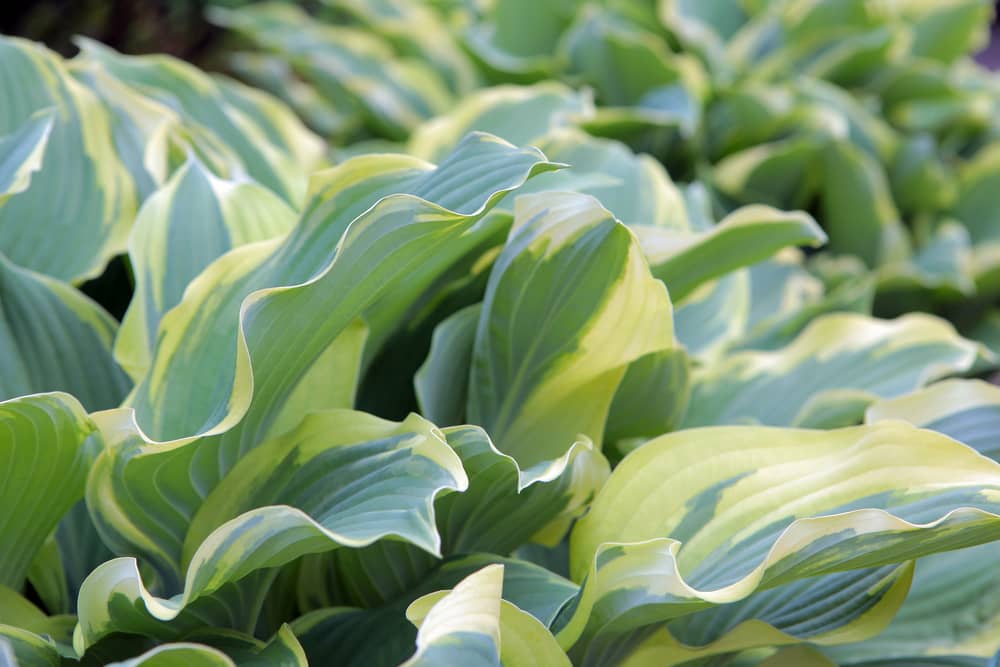 To say that hostas are the most widely grown shade perennials in North America would be a very safe bet! 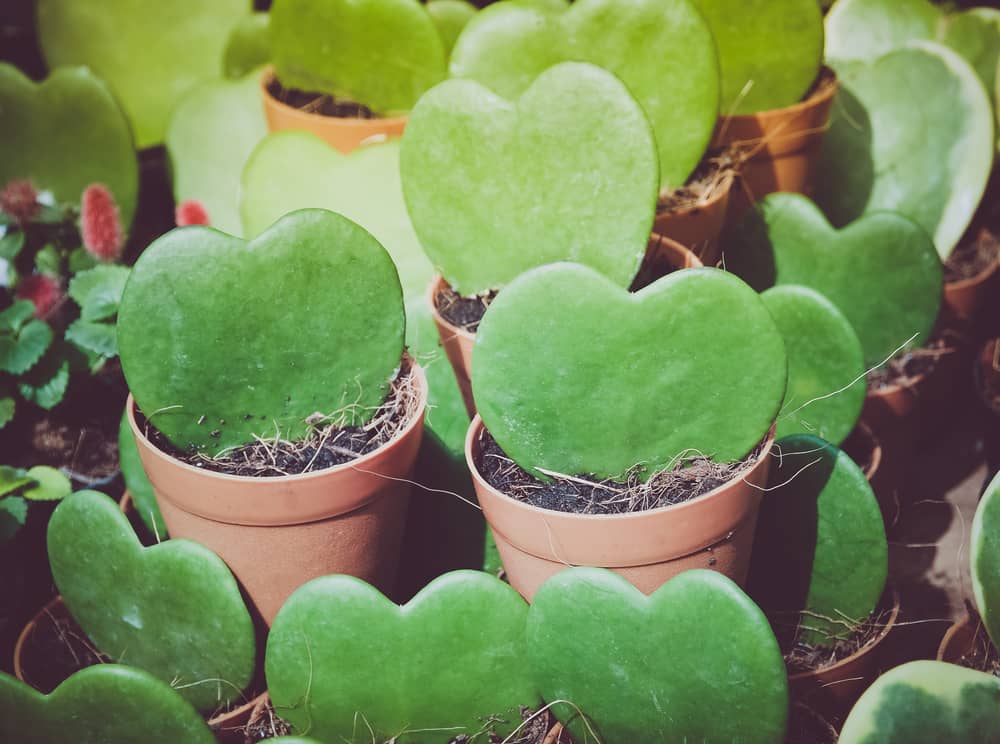 Hoya kerrii is often sold as a single, heart-shaped leaf in a pot. You’ll typically see these houseplants sold as gifts around Valentine’s Day. If the leaf contains a node, it will eventually grow into a small houseplant with several leaves.

Keep in mind that Hoya kerrii leaves potted without nodes will die after a short time. 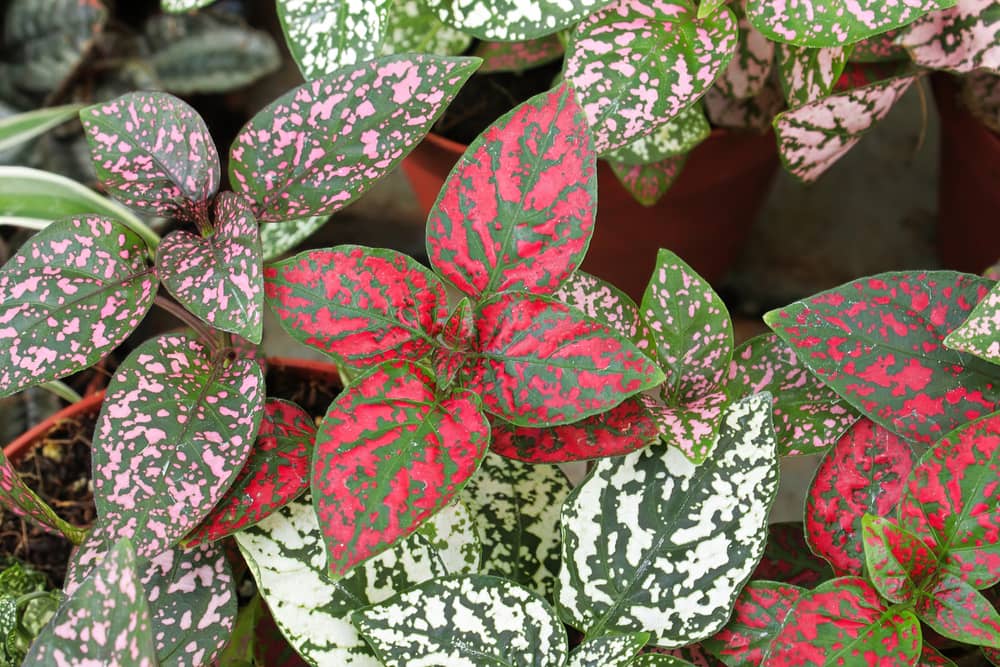 Hypoestes, or the polka dot plant, is a beautiful foliage plant that can be kept as a houseplant or used as a landscape annual in most climates.

In Australia, hypoestes plants are categorized as invasive weeds.

Hāpuʻu, or the Hawaiian tree fern, is native to nearly all islands of Hawai’i. These ferns are popular as ornamental landscape plants as well as for growing orchids.

Wild Hāpuʻu may soon become endangered due to overharvesting.

Hairgrass is one of the most popular aquatic plants for use in home aquariums. It’s extremely tolerant of most freshwater growing conditions and is widely available at pet and aquarium hobby stores.