There are many elegant flowers starting with E, but if you're looking for plants that start with E, we've got you covered. No matter how well-versed you are in the world of plants, there are always new and exciting species to discover!

One of the best ways to expand your botanical knowledge is by reading through lists of plants and their defining characteristics. You could do this by type, color, or native region.

Or you could learn about the most noteworthy plants starting with a certain letter of the alphabet. There’s no better time to start than right now! So here are 25 must-know plants beginning with E:

25 Plants That Start With E

As the spring counterpart of the better-known Christmas cactus, the Easter cactus is a low-maintenance houseplant that only blooms when the days are a certain length.

Aside from flowering time, you can differentiate Easter cacti by their more rounded leaves. 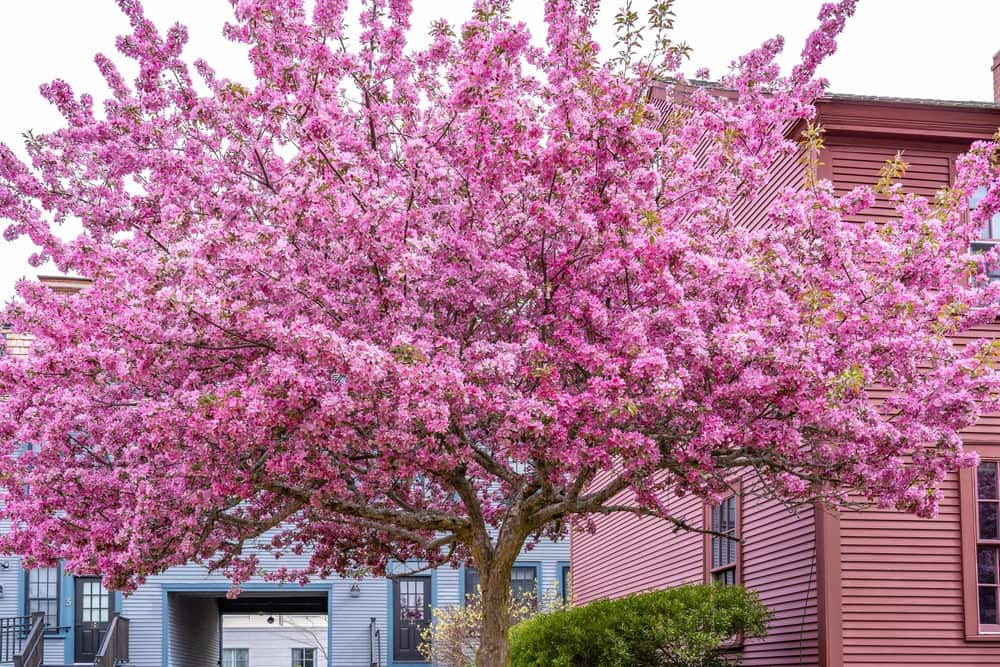 The Eastern redbud is a beautiful yet fickle tree that flowers extremely early in the year. Oftentimes, these trees will be covered in pink winter blossoms long before their leaves have started to bud! 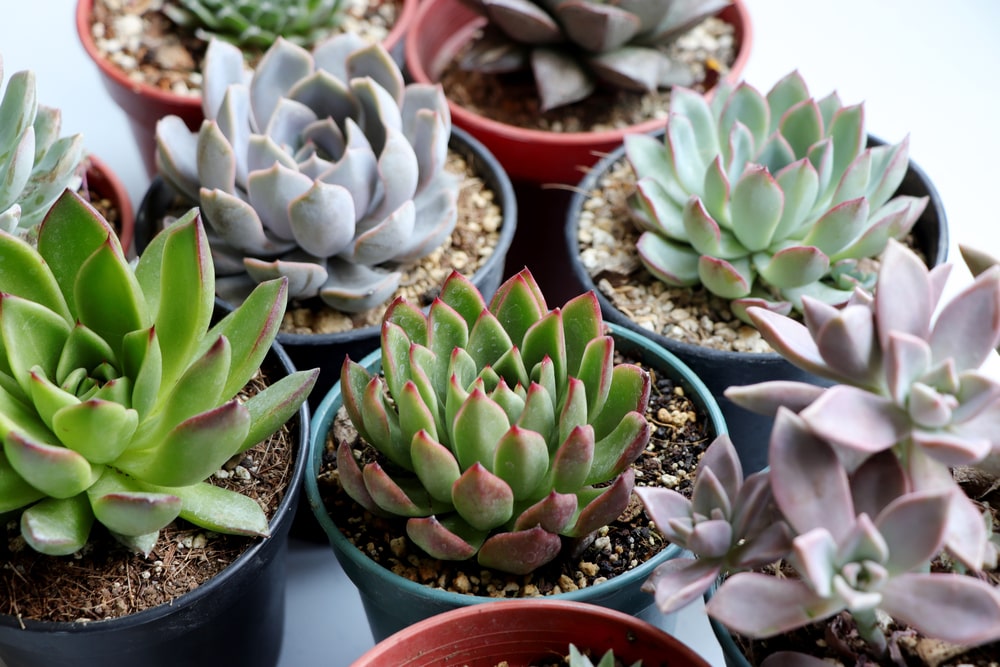 The Echeveria genus contains some of the most popular succulents cultivated as houseplants. The rosette-shaped leaves are frequently included in annual containers and cut floral arrangements. 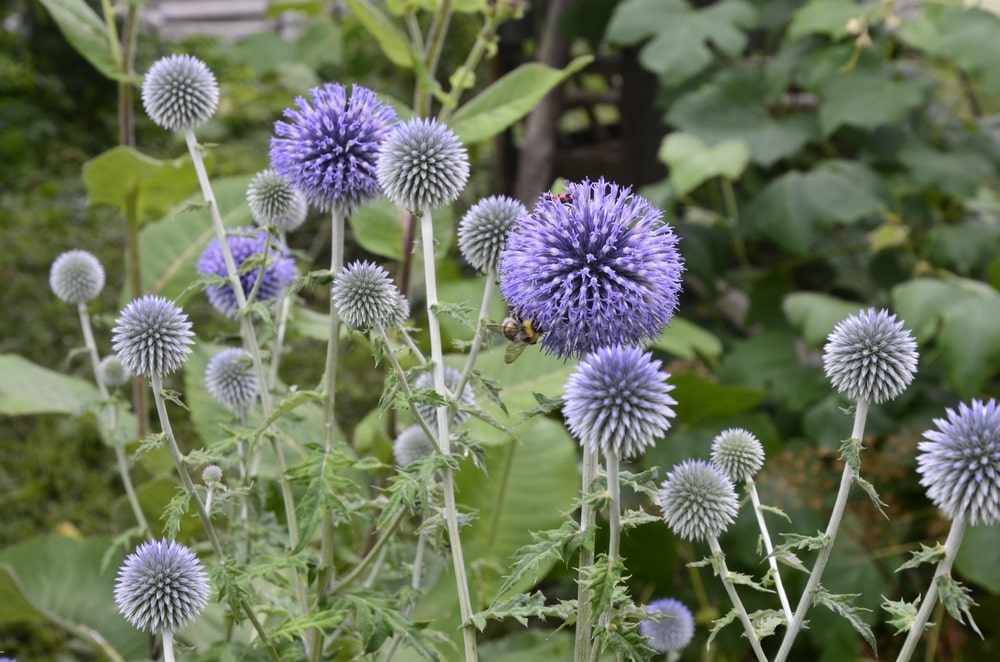 Members of the Echinops genus, colloquially known as globe thistles, are extremely low-maintenance perennials with intriguing blue flowers. Echinops are just as hardy as other thistle varieties but aren’t considered invasive. They’re perfect for any pollinator garden or xeriscape! 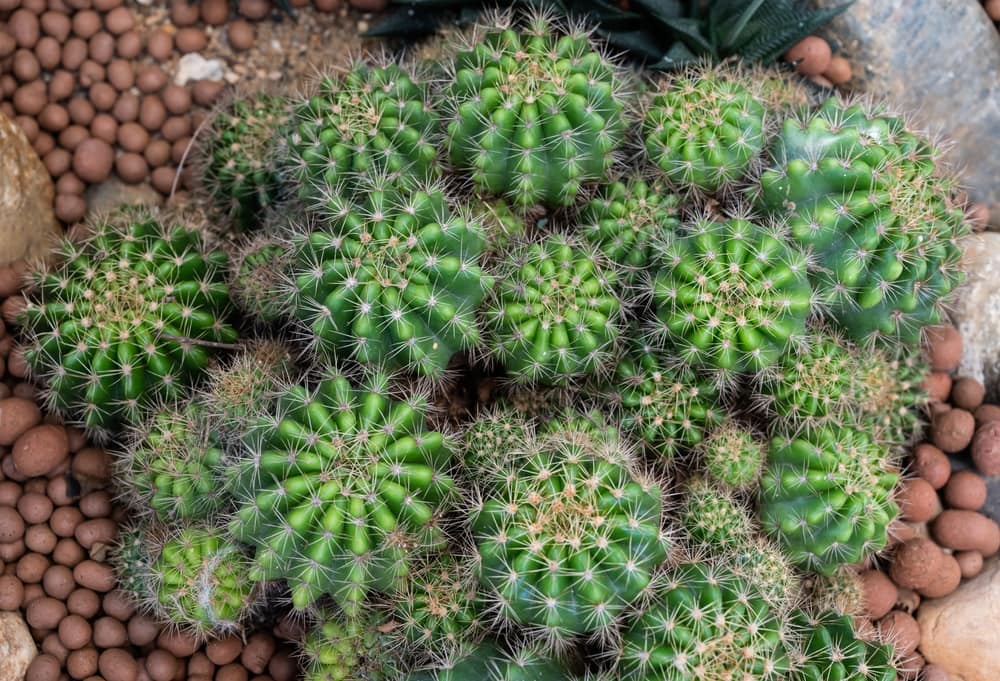 Not to be confused with a type of thistle, Echinopsis is a genus of cacti containing many different species. While these species range in size and growth habit, the most prevalent is a small, oft-potted variety called the sea urchin cactus. 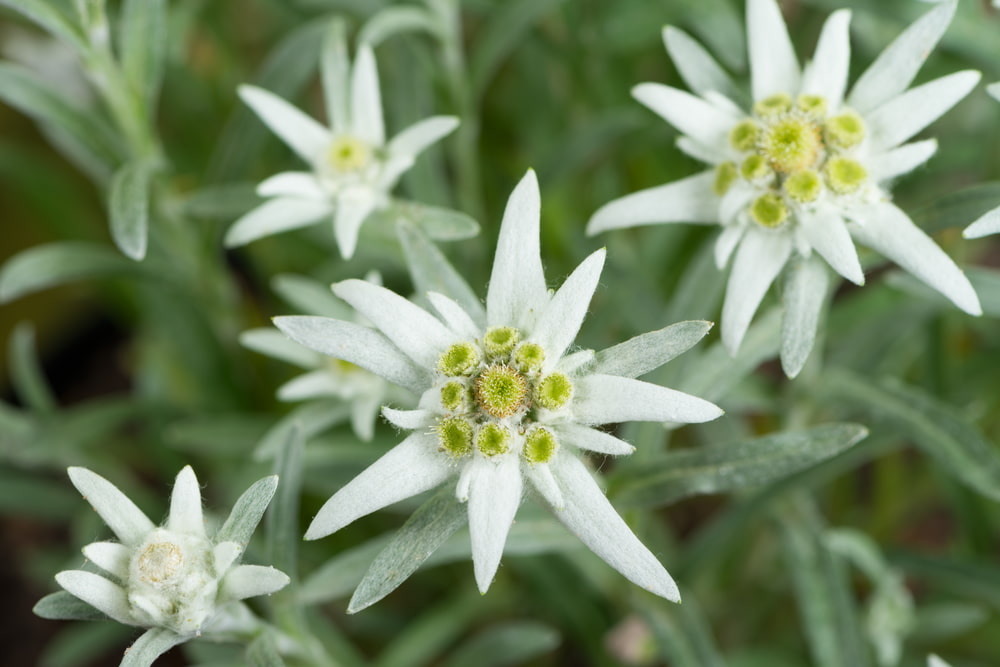 Edelweiss is an Alpine wildflower that thrives in cold climates and poor soil conditions. Despite its hardiness, the slow-growing nature of this flower ensures it won’t overtake or escape the garden bed. 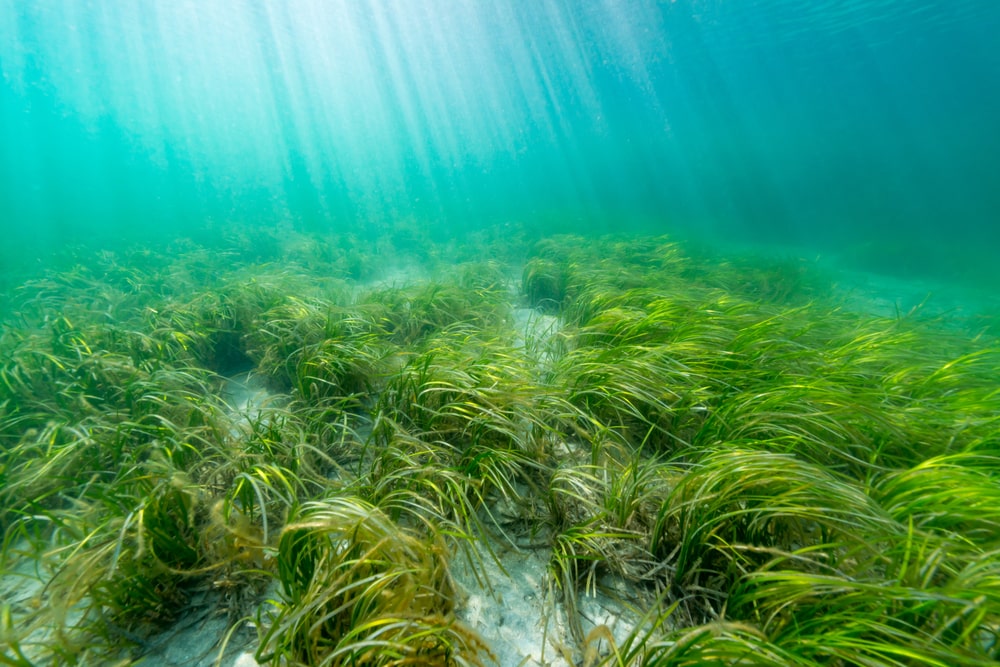 You won’t find eelgrass in any garden! But it is one of the most important aquatic plants found in the world’s oceans. This underwater grass prevents seabed erosion, provides habitats for countless wildlife species, sequesters carbon dioxide, and much more. 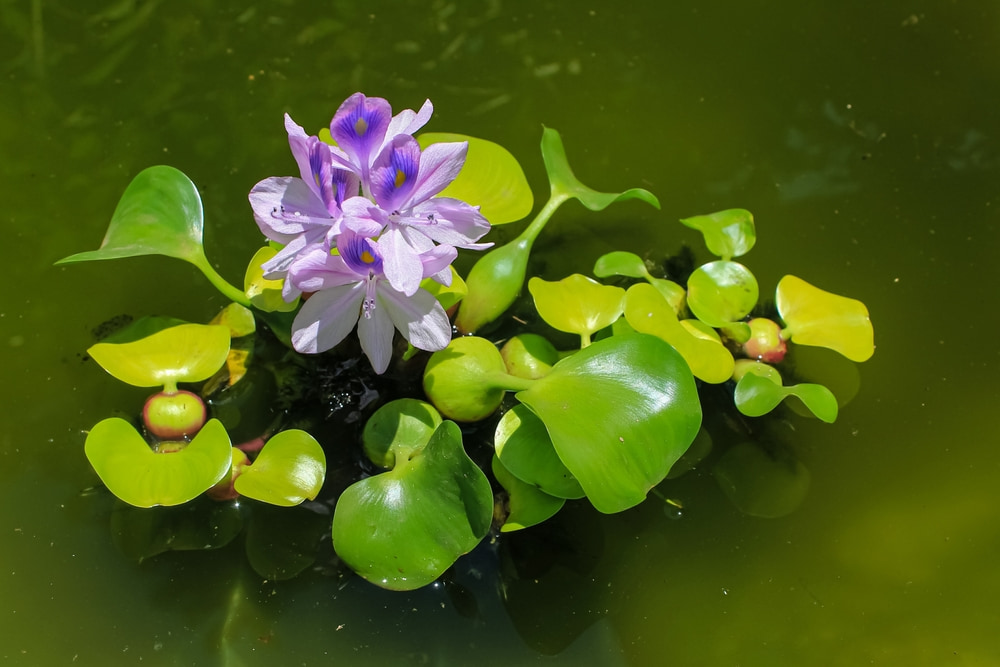 Eichhornia was a genus of floating aquatic plants colloquially known as water hyacinths. While these plants have since been reclassified into the genus Pontederia, the original name is still in use.

Water hyacinths produce beautiful pink and purple flowers that extend above the water’s surface. Sadly, they are invasive in many regions. 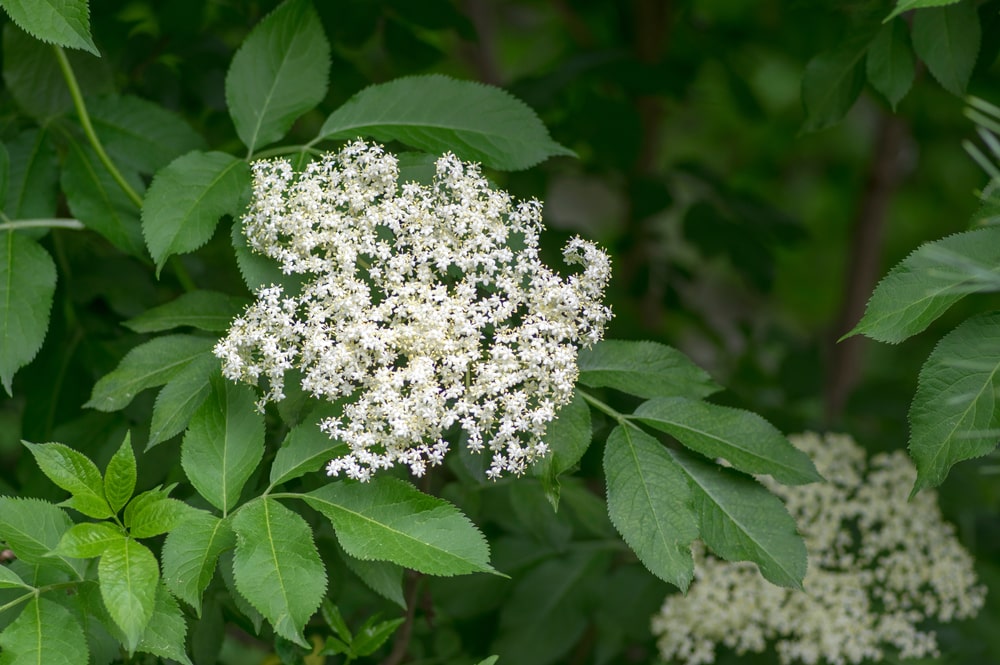 Elderberry trees are native to North America and Europe, where they can be found growing wild in underbrush and along property lines. Elderberries are grown for their flowers as well as their fruit (which is toxic to humans and animals unless cooked). 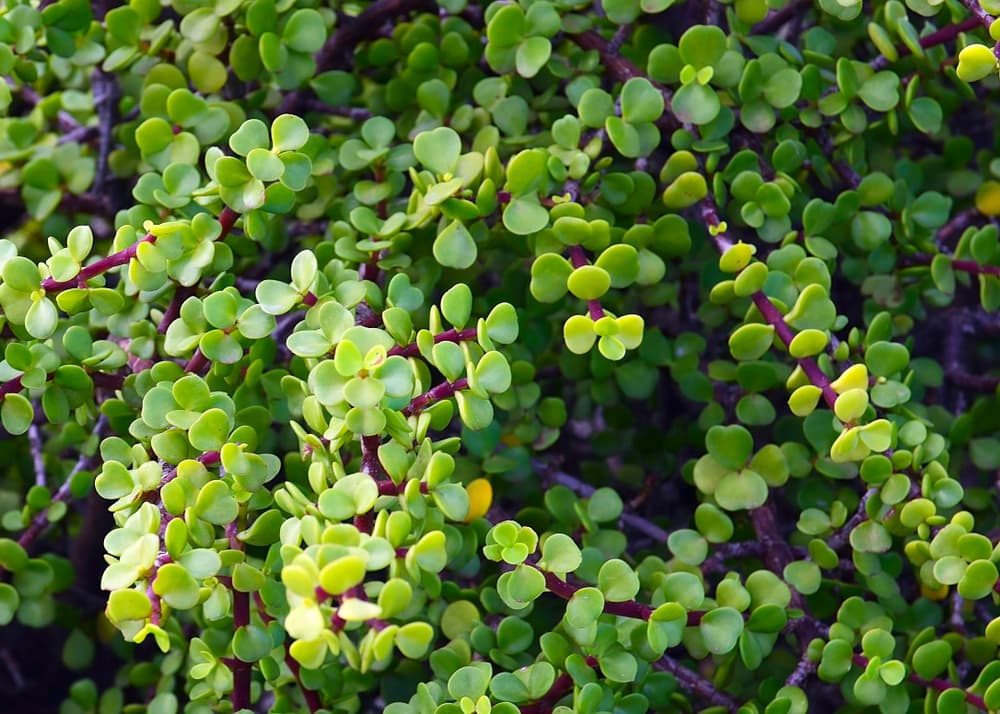 Also known as dwarf jade, elephant bush is a popular houseplant that lives for many, many years. Because of its lifespan and slow growth rate, this shrub is frequently used in bonsai. 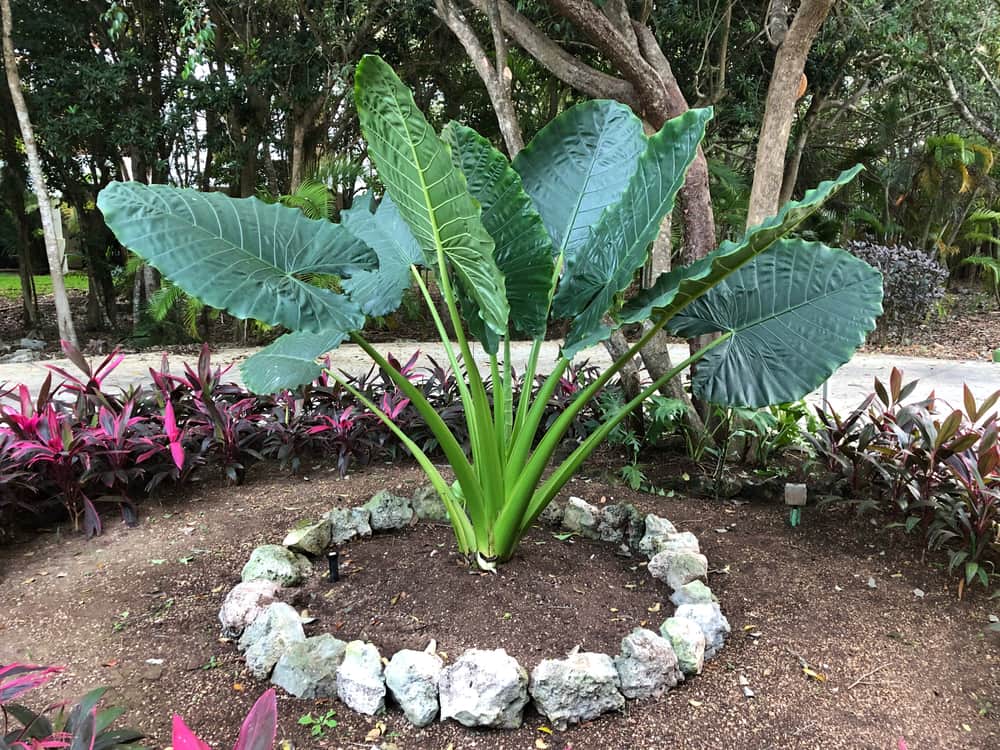 “Elephant ear” is used to describe several plant species within 3 different genera. The most common species of elephant ear is Colocasia esculenta, or taro. Smaller members of the Alocasia genus are frequently kept as houseplants. 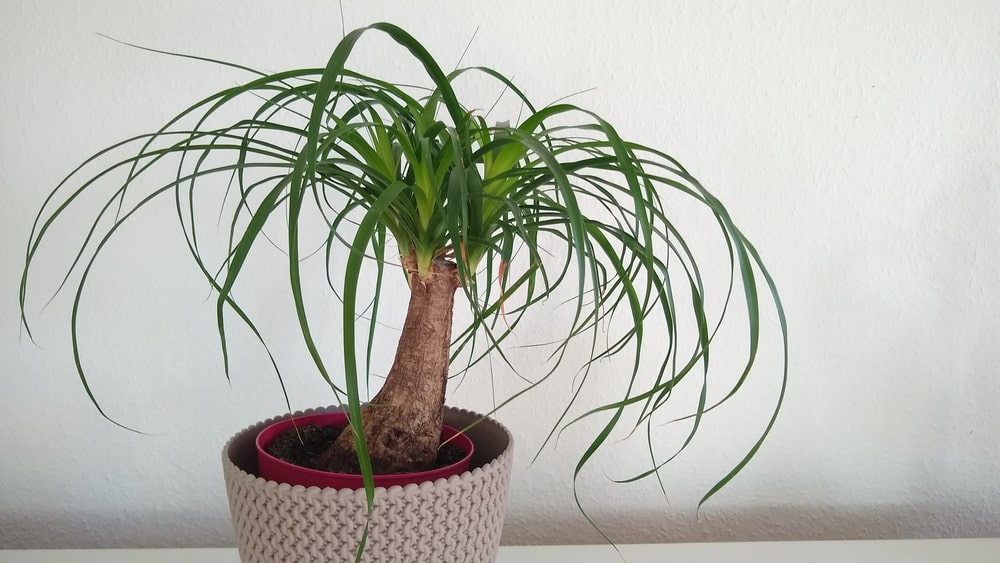 The elephant’s foot tree, or ponytail palm, is a fascinating member of the asparagus family — that’s right, it’s not a palm at all! It easily grows up to 30 feet tall outdoors but adapts surprisingly well to life as a small potted houseplant. 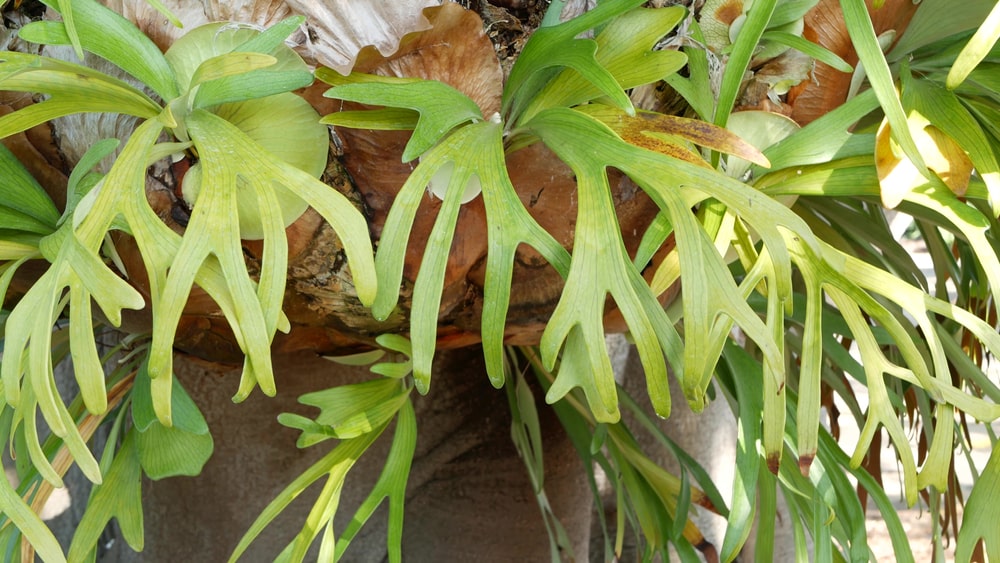 While “elkhorn” and “staghorn” are often used interchangeably to describe members of Platycerium, there is a notable difference.

The elkhorn fern, or Platycerium bifurcatum, has narrow fronds that grow in clusters. Meanwhile, species that produce large fronds from a singular point are grouped under the name staghorn fern. 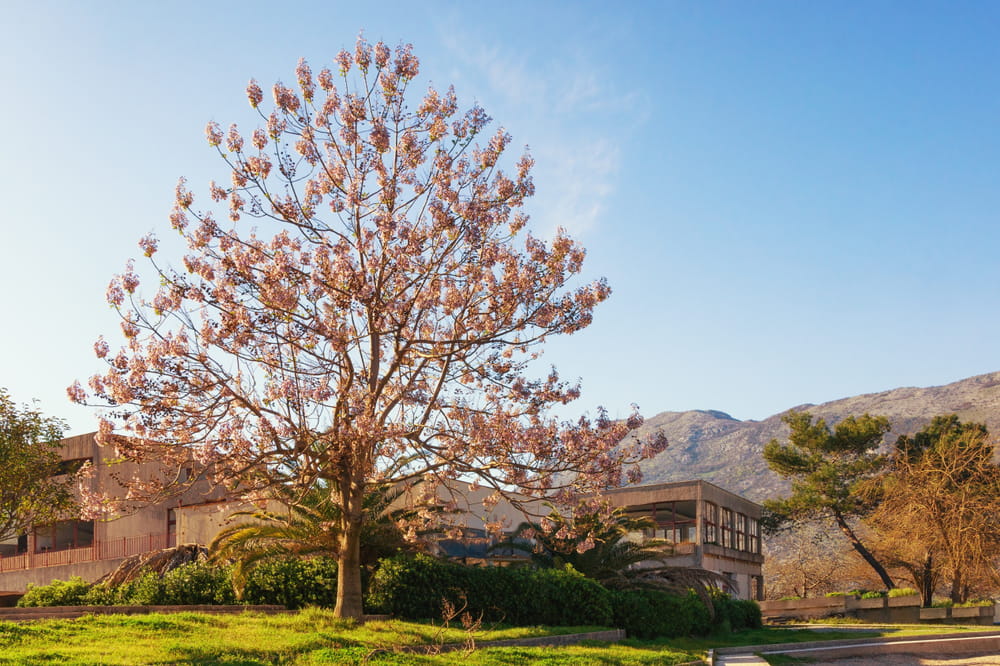 The empress tree is a Chinese native that, at first glance, is incredibly stunning. It boasts amethyst-tinted flowers and heart-shaped leaves. But this tree grows so quickly that it can take over a landscape in a matter of years! 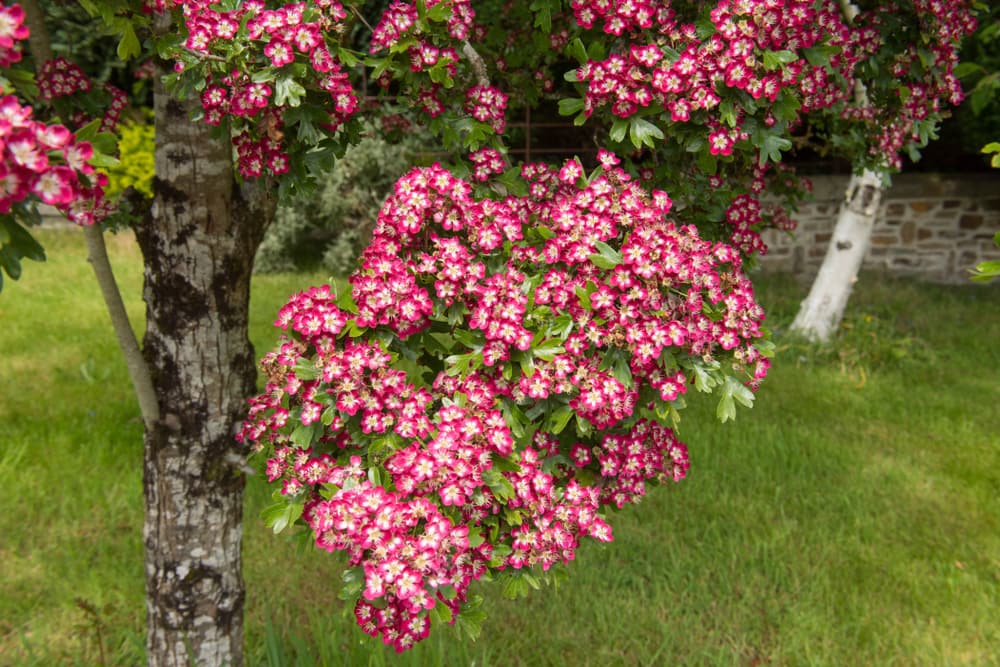 English hawthorn is an ornamental tree or shrub that tolerates growing conditions many other species would suffer in. It is grown as a landscape tree as well as in containers (some bonsai artists work with English hawthorn).

However, its extreme hardiness makes it a potential weed in many areas. 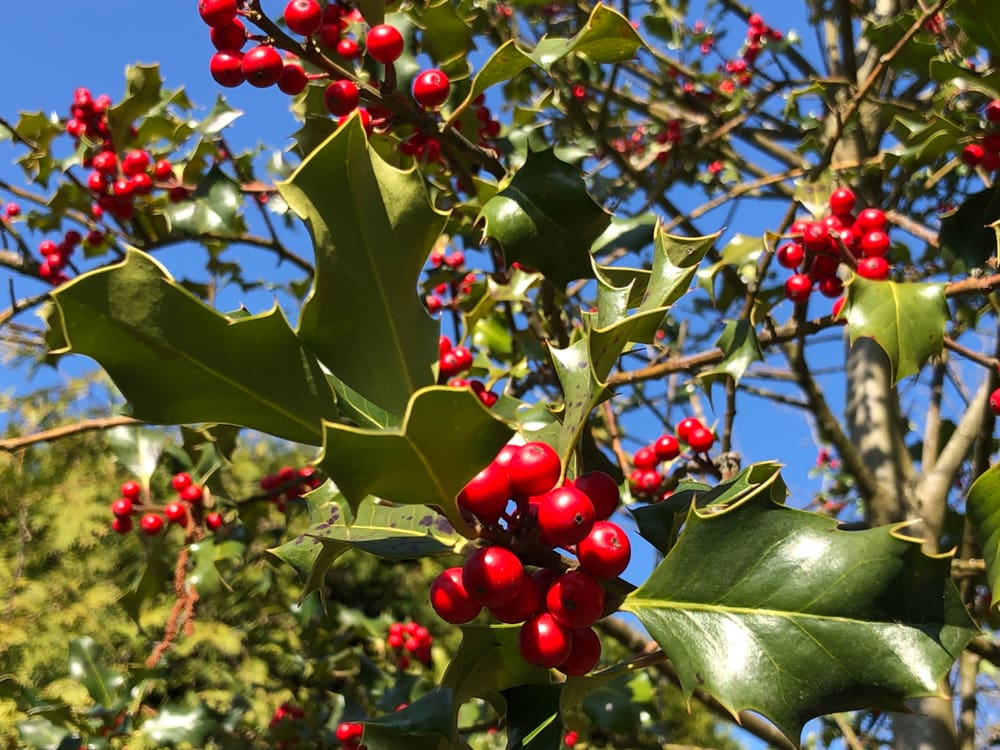 When you think of winter decor and Christmas carols, the English holly plant likely comes to mind. English holly can be trained into a tall evergreen tree or large shrub.

Birds rely heavily on the red berries, especially in the food-scarce winter months. 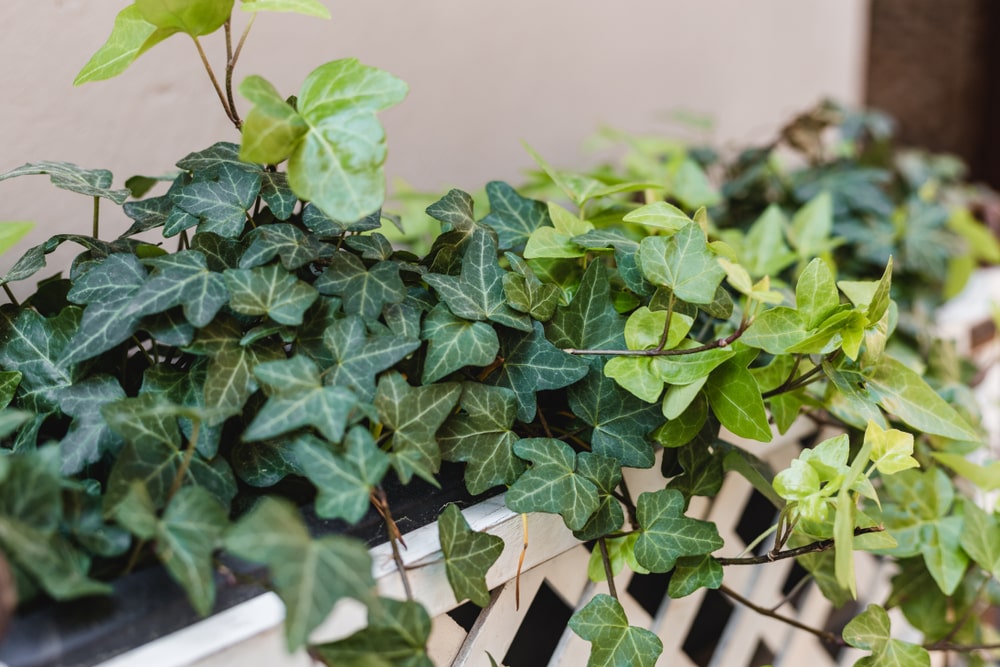 English ivy has been cultivated as a climbing vine as well as dense ground cover. Its dark green foliage is undeniably attractive. Unfortunately, this plant grows so quickly and aggressively that most areas classify it as invasive. 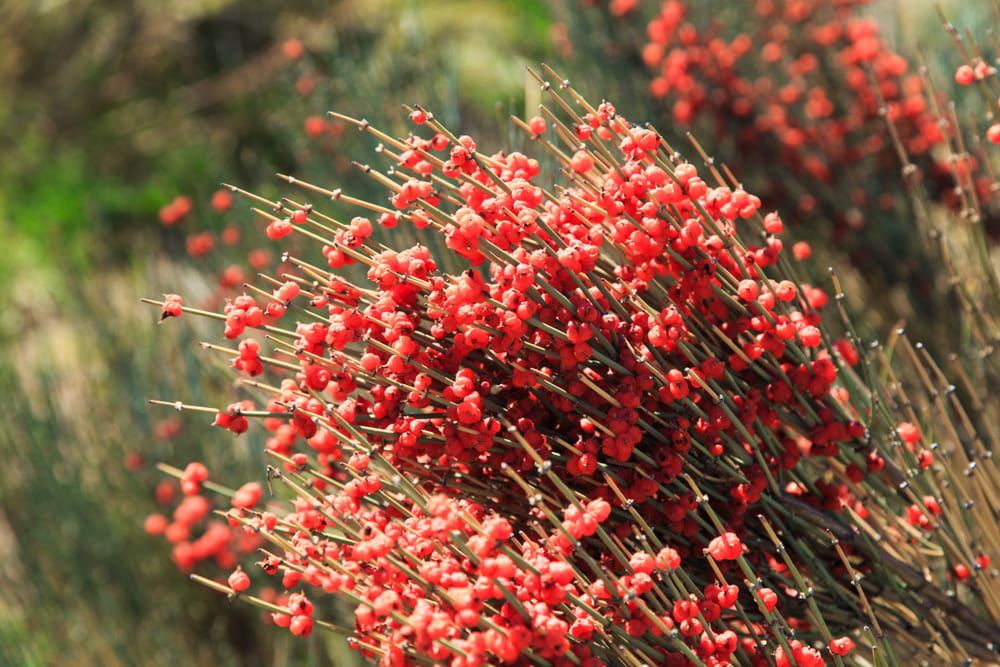 The Ephedra genus contains 40 species of evergreen shrubs that grow in arid regions around the world. In terms of appearance, ephedra plants are relatively unremarkable.

But species like Ephedra sinica contain ephedrine and other stimulants that are used in drug manufacturing. 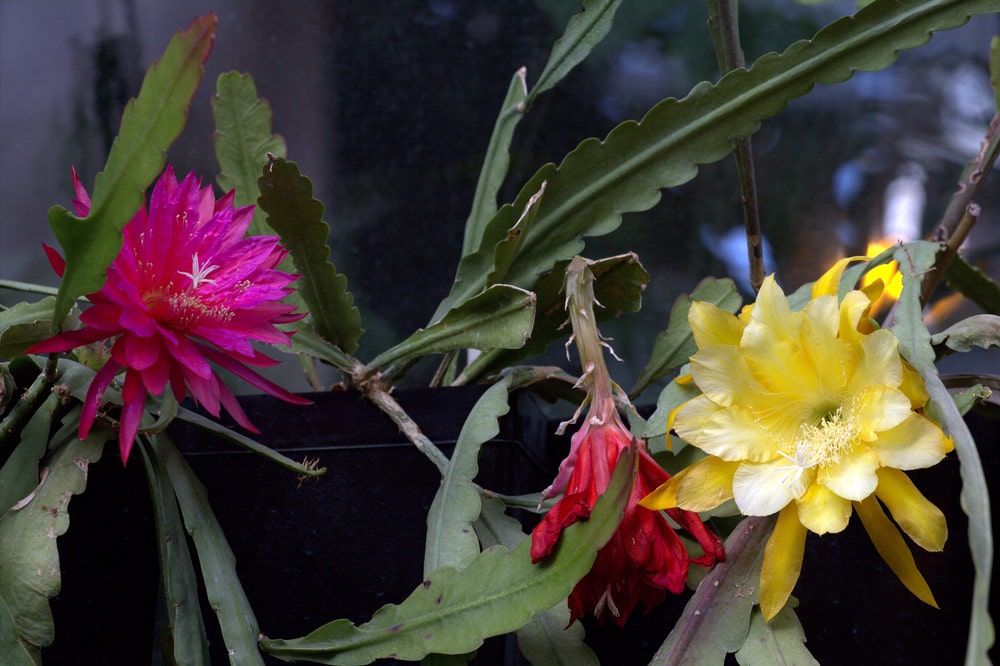 Epicactus is a general term used to describe cacti in the Epiphyllum genus and their hybrids. Orchid cacti, which produce stunning flowers, are the most famous examples.

Cacti in this group are epiphytic, so they grow up trees and other large structures rather than strictly in the soil. 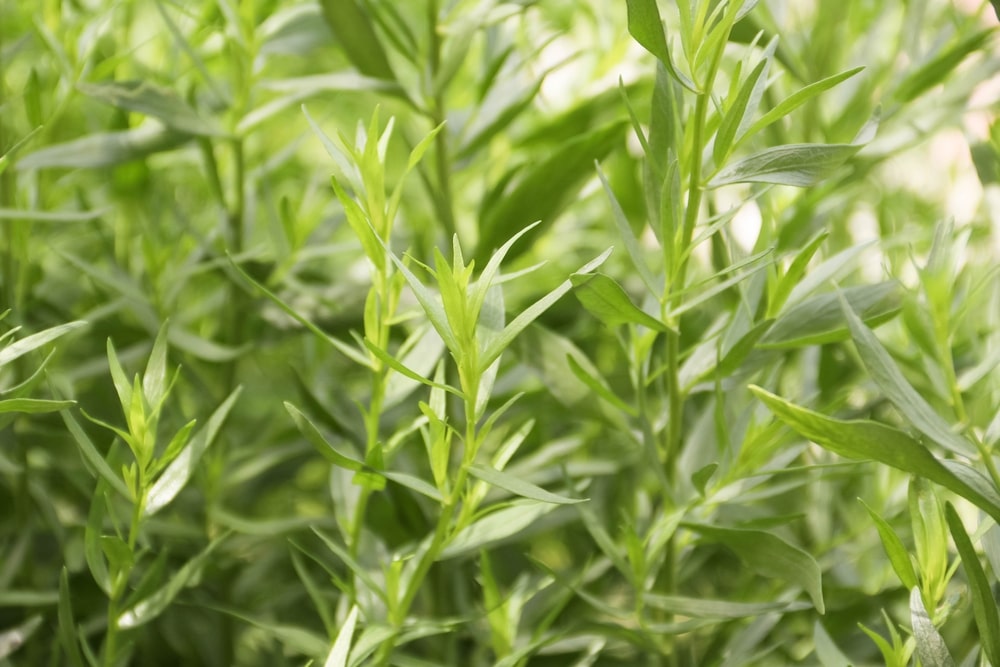 Also commonly known as tarragon, estragon is a perennial herb you’re more likely to have in your pantry than in your garden. Although estragon is related to sunflowers, it’s grown exclusively for its flavorful foliage. 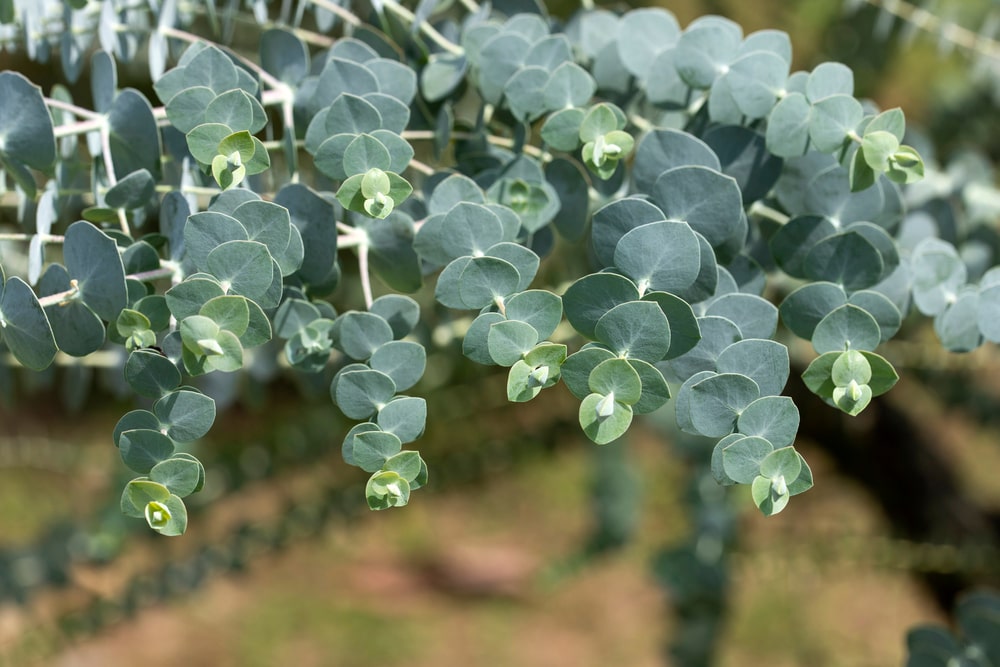 Eucalyptus trees are most famous as the main food source of Australia’s koala population. However, eucalyptus can also be grown as a potted tree or, in many cases, an ornamental annual.

The leaves and branches of eucalyptus are especially popular for use as decor or in bouquets. 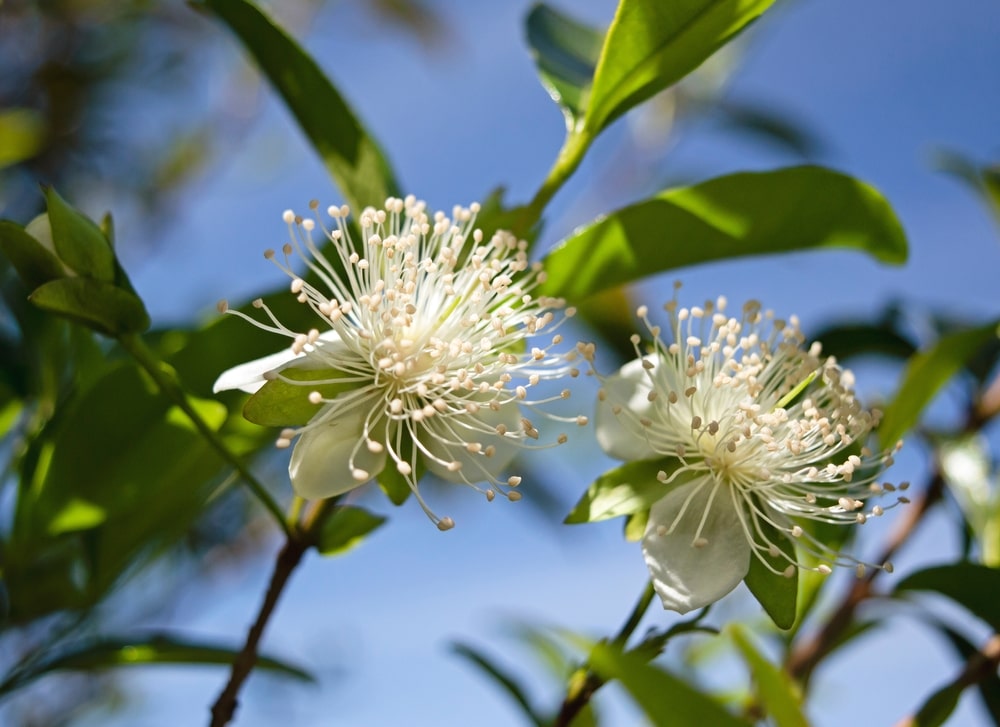 The Eugenia genus is incredibly diverse, with more than 1,000 species contained within. The most common species is Eugenia uniflora, also known as Surinam or Brazilian cherry.

These plants are frequently used to create flowering privacy hedges. 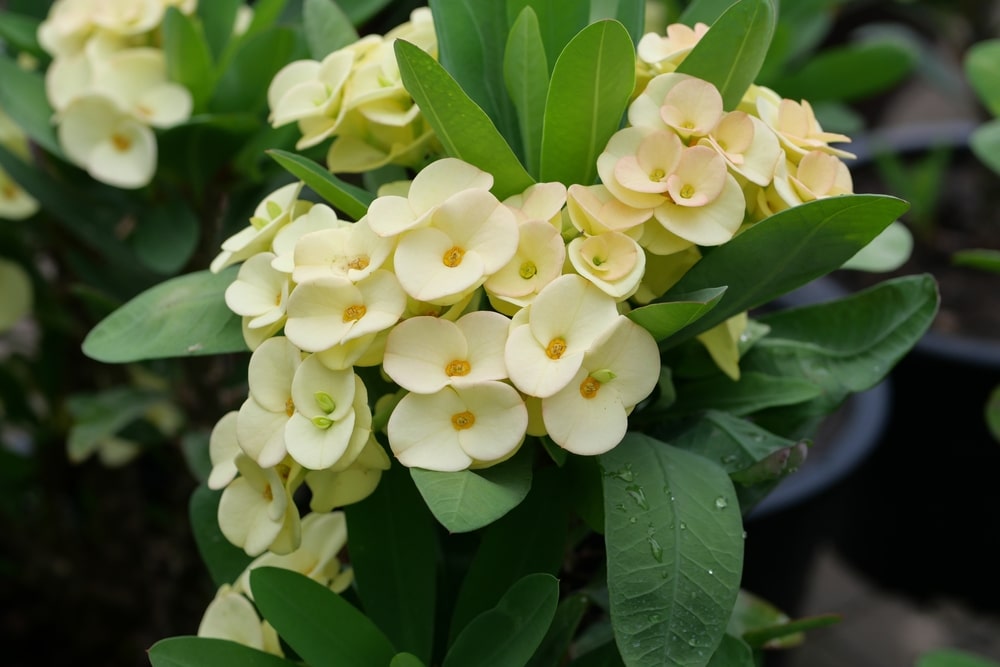 Euphorbia is a confusing term in the botanical world because it encompasses so many plants (including some desert-dwelling species that have evolved to look like cacti).

With that said, the Euphorbia genus is largely made up of flowering perennials, also known as spurge. Poinsettias are the most recognizable spurge variety. 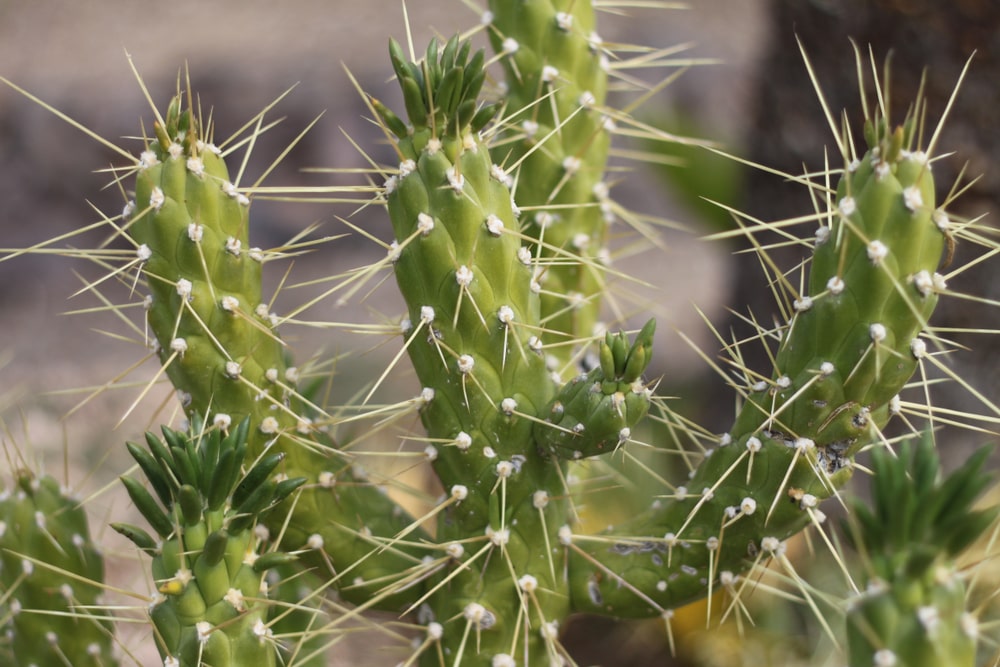 The Eve’s needle cactus is a tree- or shrub-shaped species native to the Andes mountains. It can reach up to 13 feet tall in the wild. But, like many cultivated cacti, it stays much smaller when grown in a container. 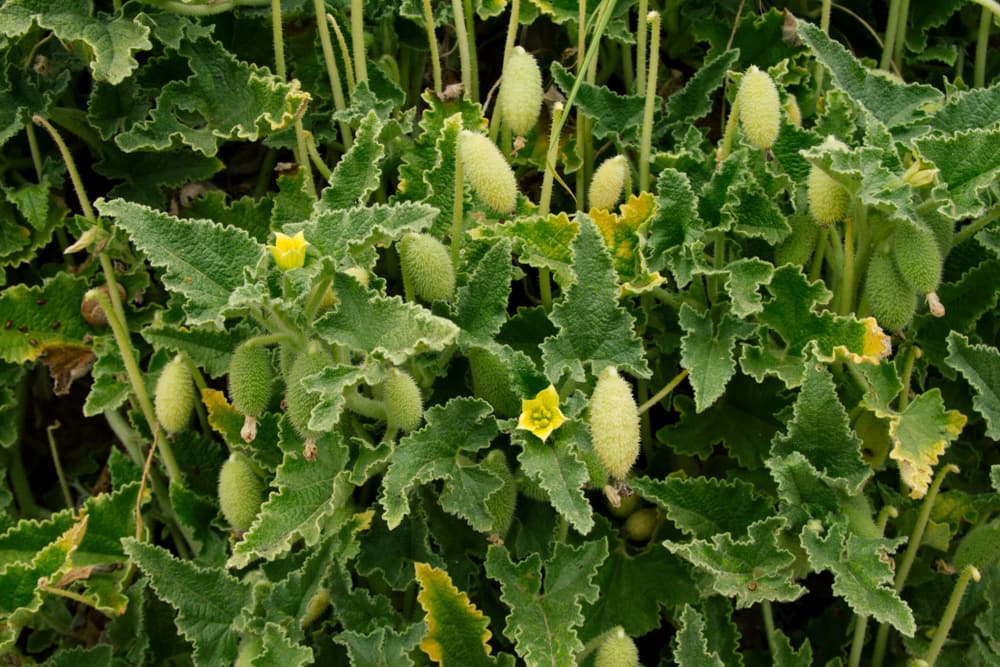 While the exploding cucumber is indeed a cucumber, it’s not grown as an edible vegetable. Instead, this weedy specimen is known for its fruit that forcefully ejects seeds once ripened.