So you’re familiar with daisies, daffodils, and dandelions. But what about doghobble, desert willow, or Dutchman’s breeches?

And that’s just scratching the surface! There are far more plant varieties that start with the letter D than you might realize. Here are just 25 lesser-known plants starting with D for you to learn about:

25 Plants That Start With D 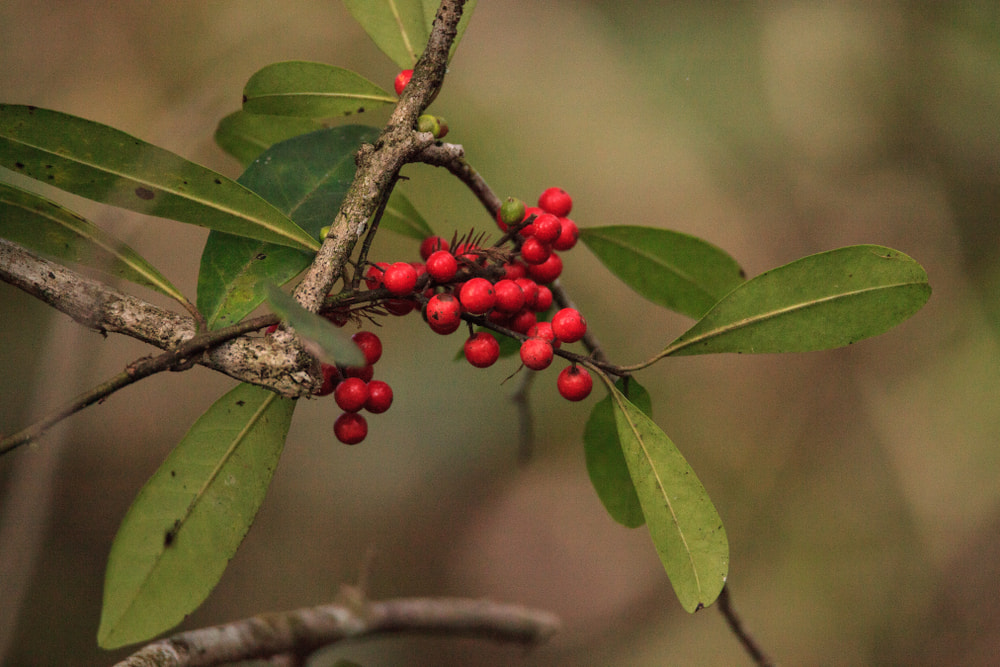 Dahoon holly is a wonderful species native to North America that can be grown as a shrub, hedge, or small tree. It lacks the thorny foliage seen on most of its relatives.

Keep in mind that only female holly plants produce flowers and the distinctive red berries! 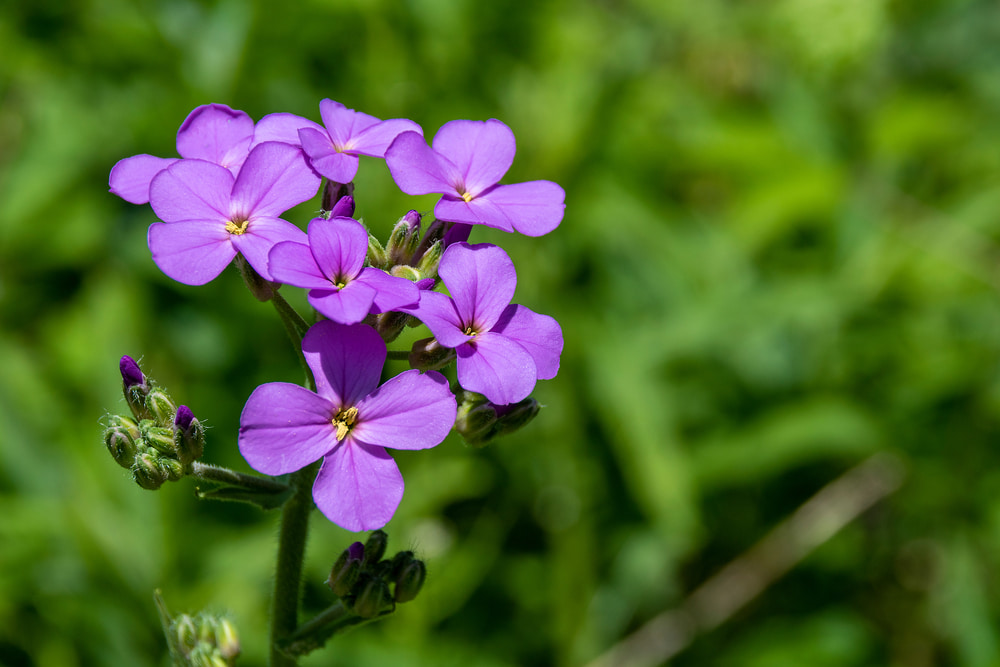 Dame’s rocket is a Eurasian native that is considered invasive in North America. It’s often mistaken for a type of phlox, though the two plants have no relation.

While the flowers of this weed are beautiful, it readily chokes out native species vital to pollinators and other wildlife. 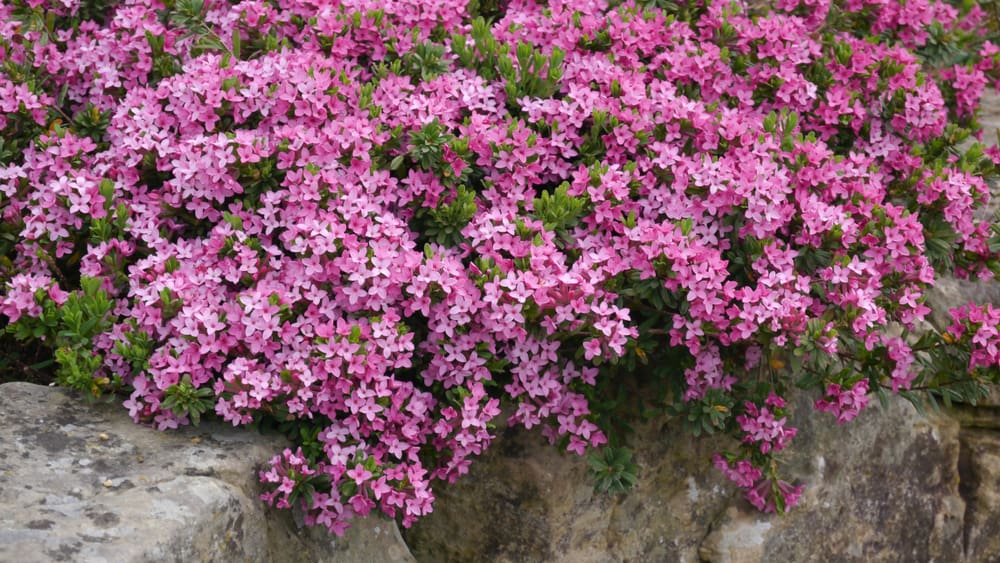 Several members of the Daphne genus are popular as small, flowering landscape shrubs. Daphne plants are evergreen in warmer climates. If you grow this shrub in USDA zone 4 or 5, however, don’t be surprised if its leaves drop each winter. 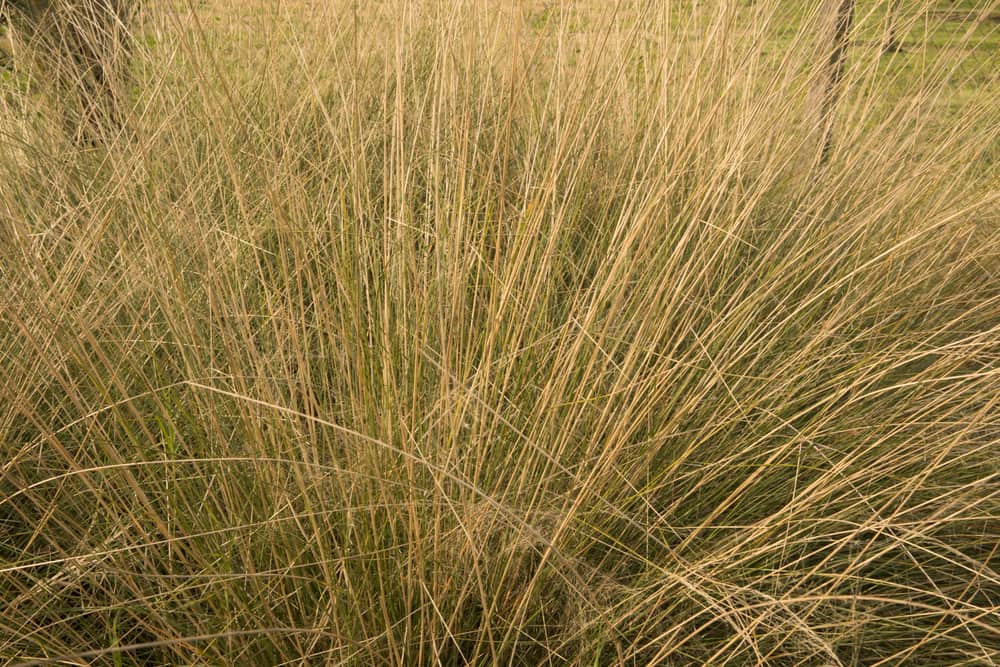 Deer grass is a wonderful option if you’re looking for an ornamental grass that is both tidy and drought-tolerant. Although this species is often overshadowed by its more colorful relative — pink muhly grass — its fountain-like growth habit is still extremely attractive! 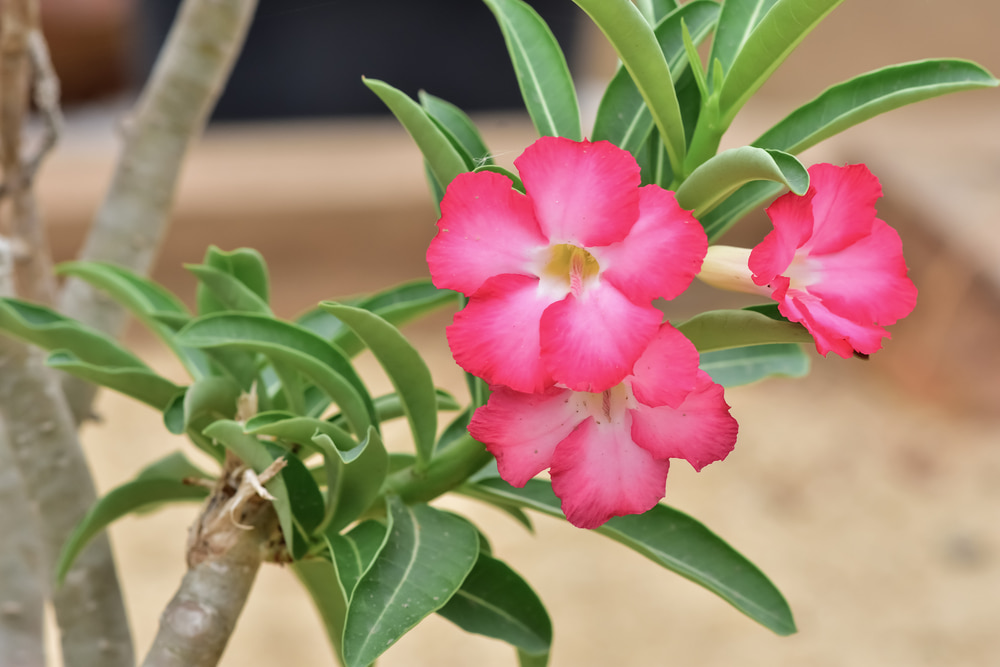 Desert rose is a fascinating succulent often grown as a standard houseplant or for the art of bonsai. In tropical or subtropical climates, it can also be cultivated outdoors.

Traditional desert roses only bloom for a few weeks each year. However, new cultivars are being developed that flower year-round! 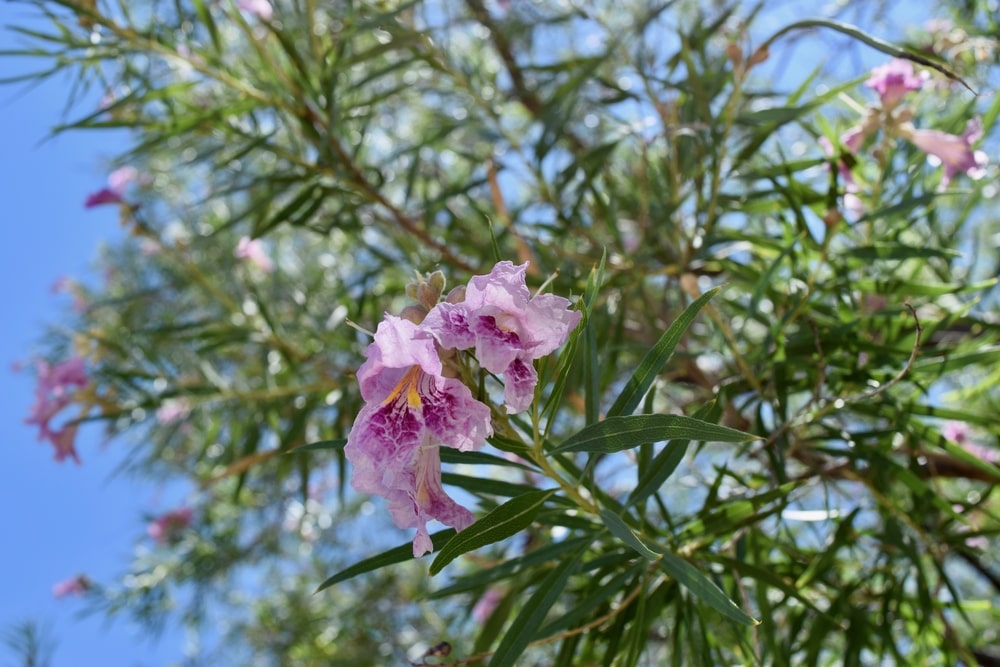 Drought-tolerant plants generally aren’t known for their flowers. The desert willow is a notable exception that tolerates low moisture while still blooming all summer long.

This shrub is native to southwestern North America — including Mexico — and does very well when grown in similar climates. 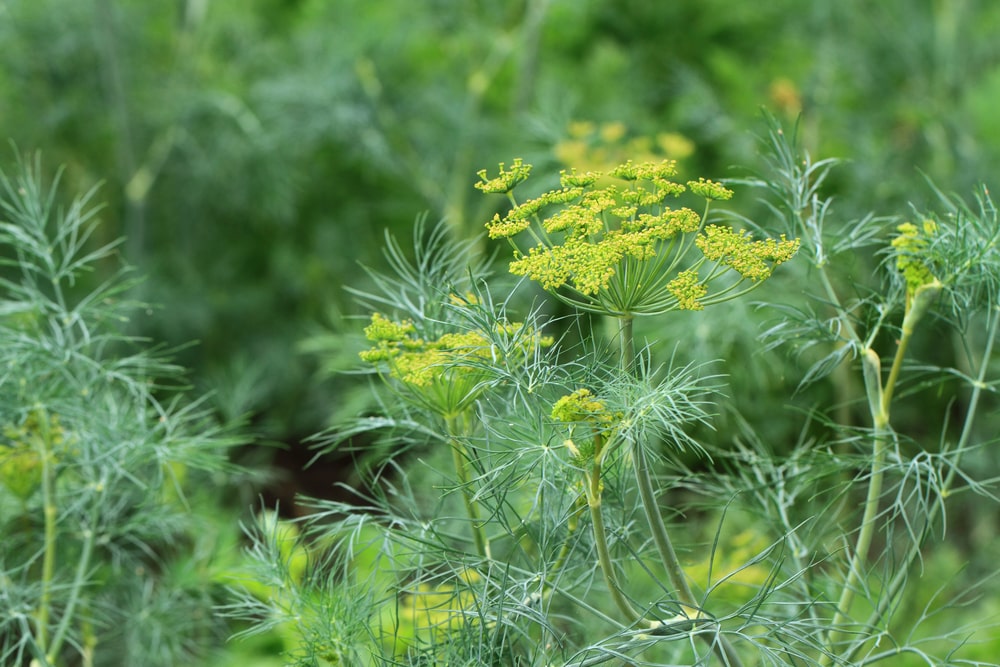 Dill is equally at home in an ornamental garden bed as it is in your vegetable patch. It’s a must-have in any cottage-inspired landscape. Use this annual’s unique foliage to fill out your flower bed while simultaneously exploring its versatility in the kitchen! 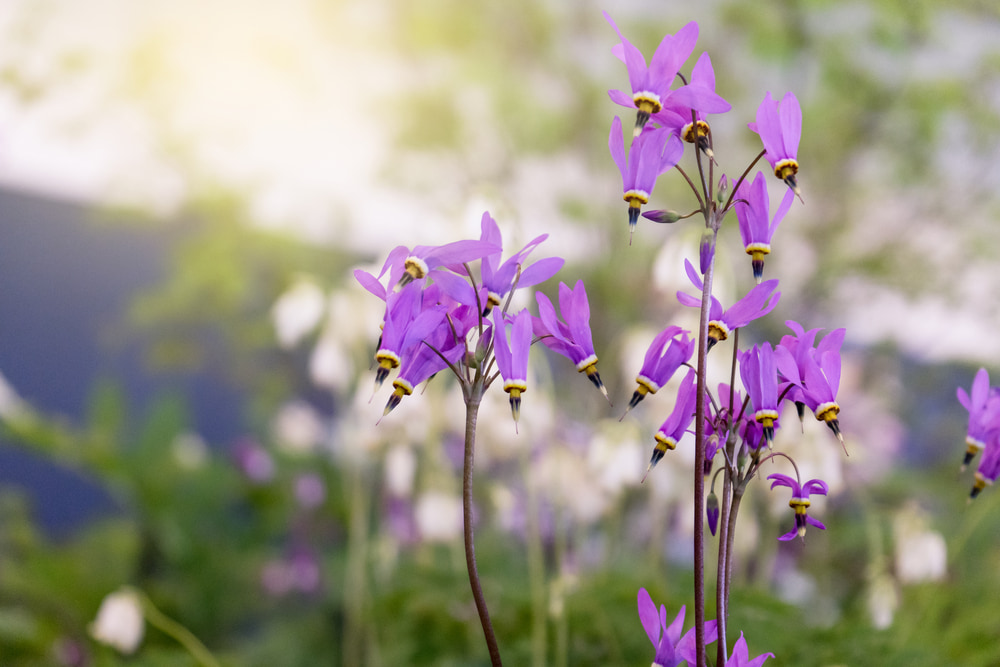 Dodecatheon flowers, more commonly known as shooting stars, are some of the most interesting wildflowers found in the North American prairie.

Since these perennials flower in early spring before immediately dying back, they are ideal for layering with late-blooming plants.

The dog tail cactus is a somewhat rare, epiphytic variety of cactus that is often found climbing large trees in the wild. Young specimens are frequently mistaken for Aporocactus flagelliformis, or the rat tail cactus.

Once mature, dog tail cacti are larger and shaped differently than this lookalike. 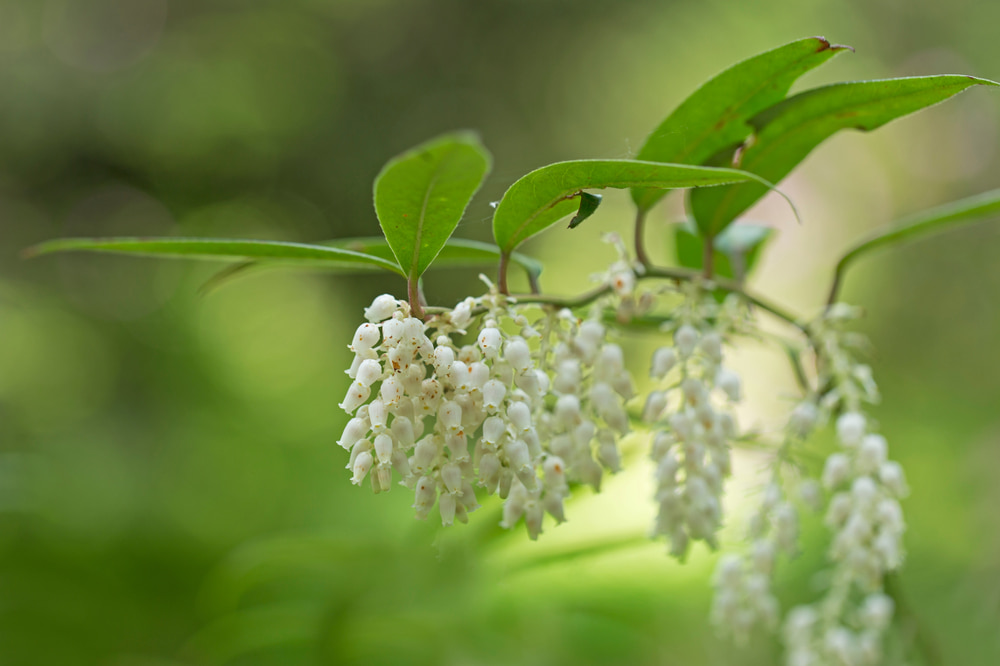 Doghobble is the colloquial name for a genus of flowering, evergreen shrubs native to North America. They are also cultivated as landscape plants in their home climate. 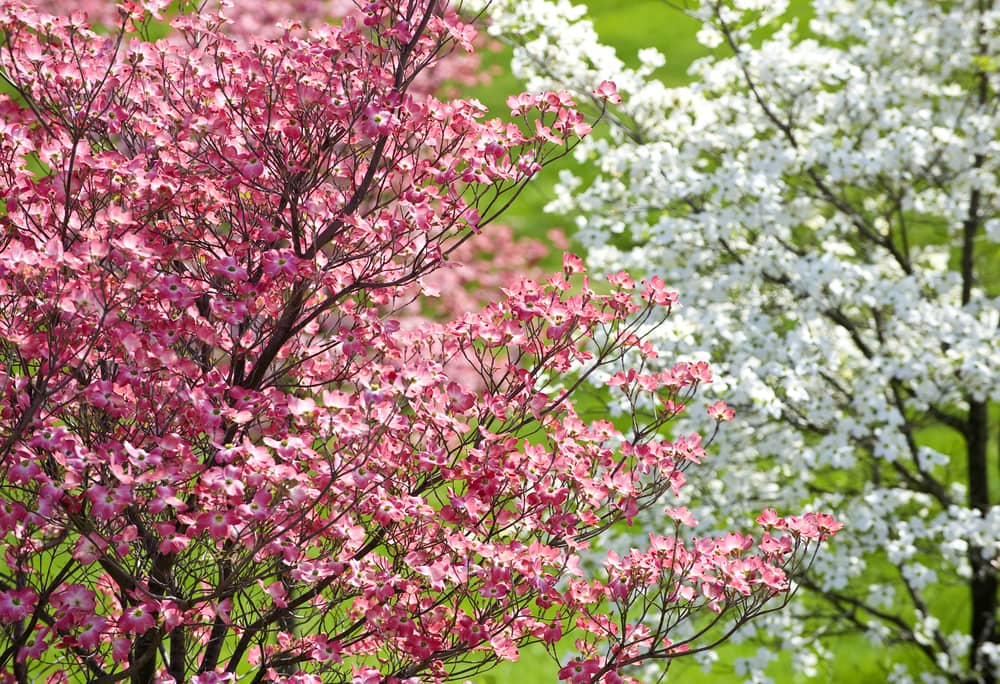 Dogwoods are incredibly diverse trees and shrubs within the Cornus genus. They’re best known for their spring flowers but also produce stunning foliage and interesting berries.

There are dogwood species native to North America, Asia, and Europe, so gardeners and landscapers have plenty of options to choose from. 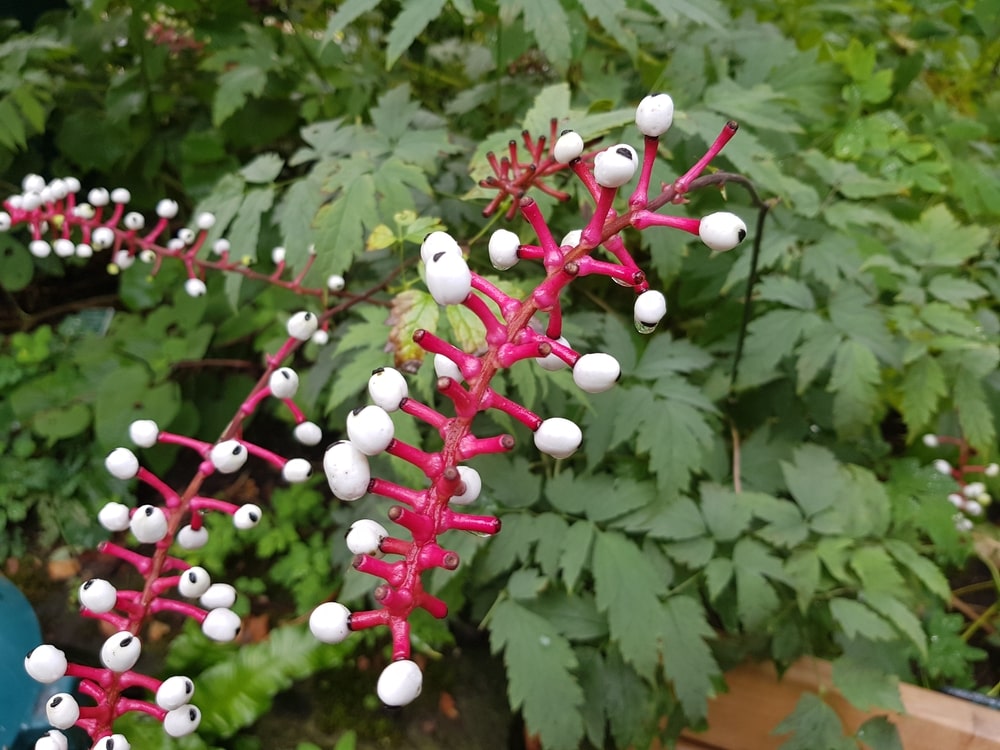 Doll’s eyes, or white baneberry, is an undergrowth perennial native to North American forests. The plant’s rather interesting name comes from its fruit — white berries with black dots that resemble tiny eyes.

Doll’s eyes is a great addition to the shaded garden that won’t overtake other plantings. 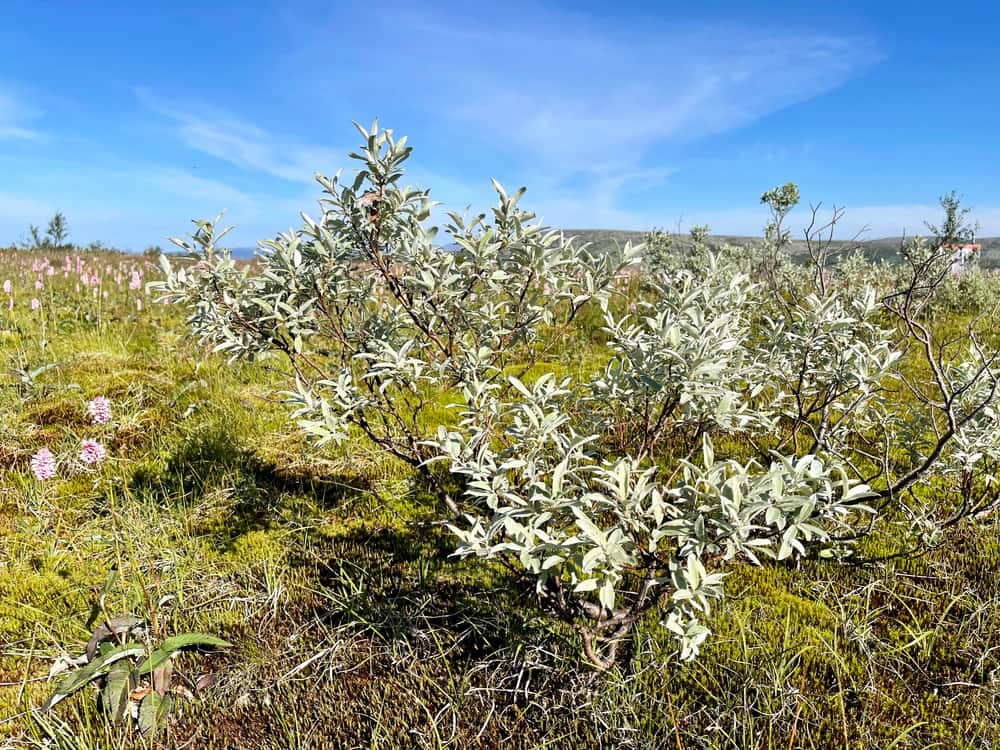 Also known as Lapland willow, downy willow is a dense shrub native to much of Europe and Asia. It is quite common throughout these regions, both in the wild and as a landscape plant.

While downy willow is most often identified by its foliage, this shrub also produces anther-style blooms in spring. 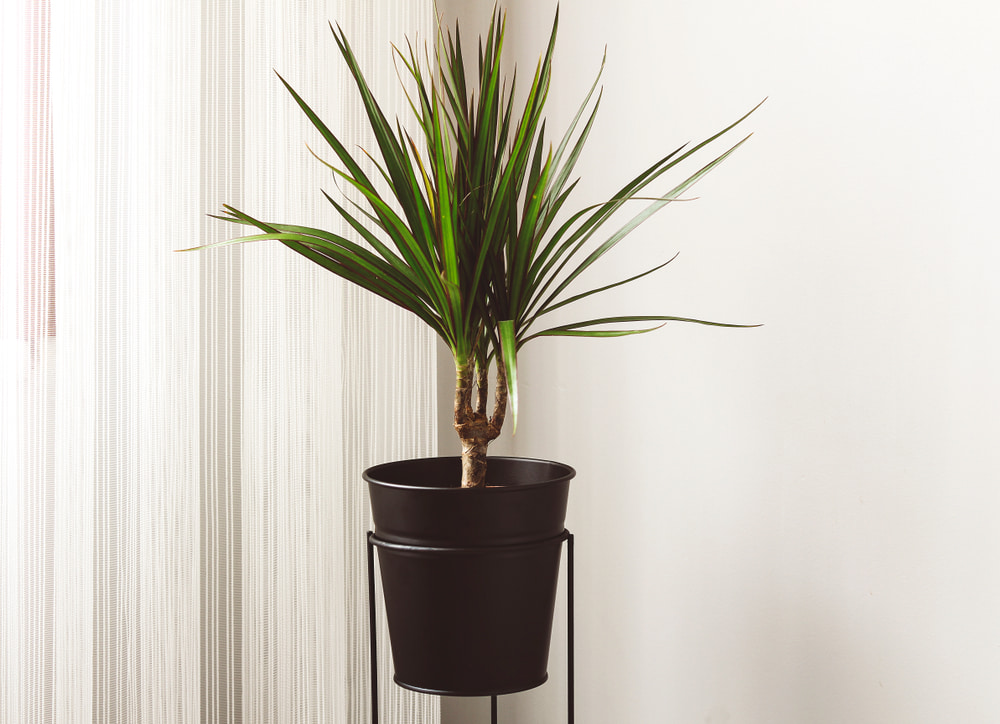 The Dracaena genus contains several popular houseplant species. But one of the most recognizable is Dracaena marginata, or the dragon tree.

This evergreen tree is typically kept as a potted houseplant yet can reach 20 feet tall when grown outdoors. 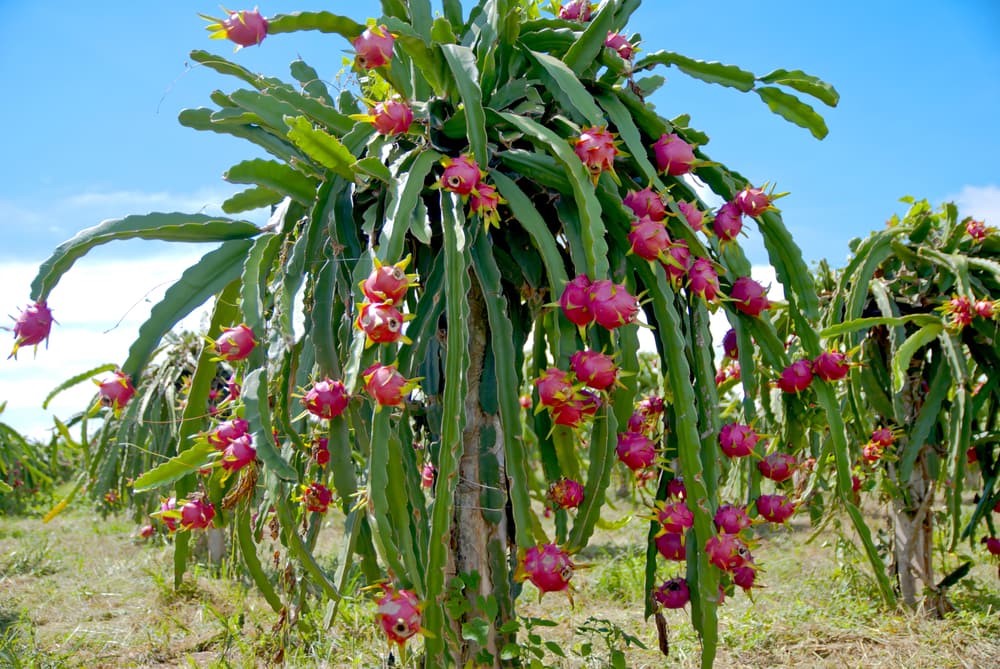 Dragon fruit is more than just a tropical smoothie flavor. It’s also the fruit of a fascinating cactus species. Dragon fruit cacti can grow up to 20 feet tall, using aerial roots to climb up trees and other structures. 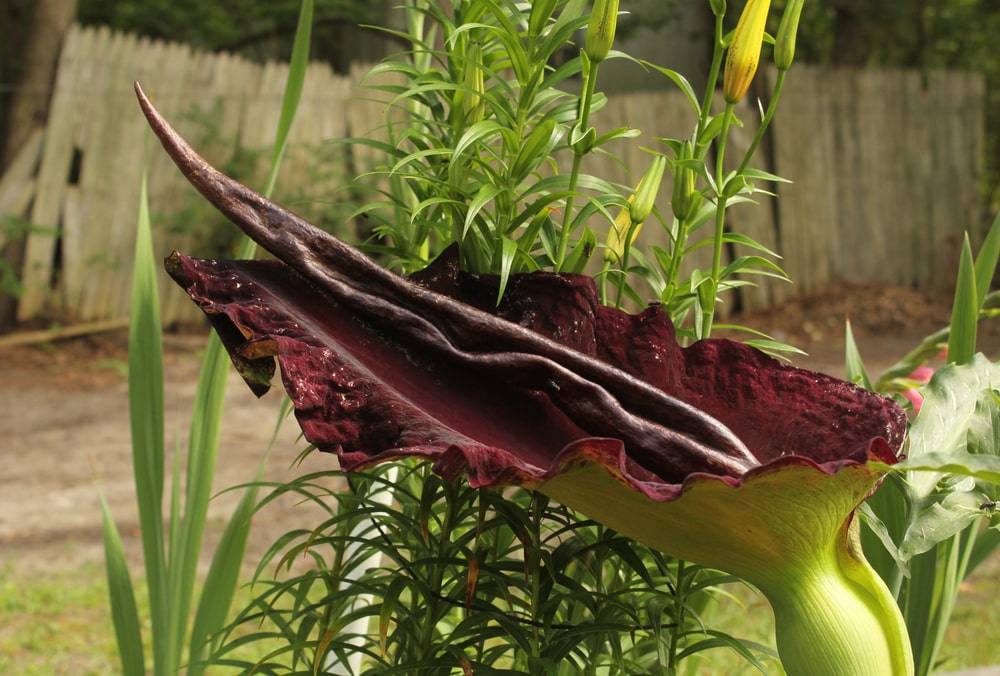 The dragon lily is one of several plant species whose flowers emit a foul-smelling odor rather than a sweet fragrance. This spathe and spadix bloom — it looks similar to the flower of a peace lily — has a scent reminiscent of rotting meat. 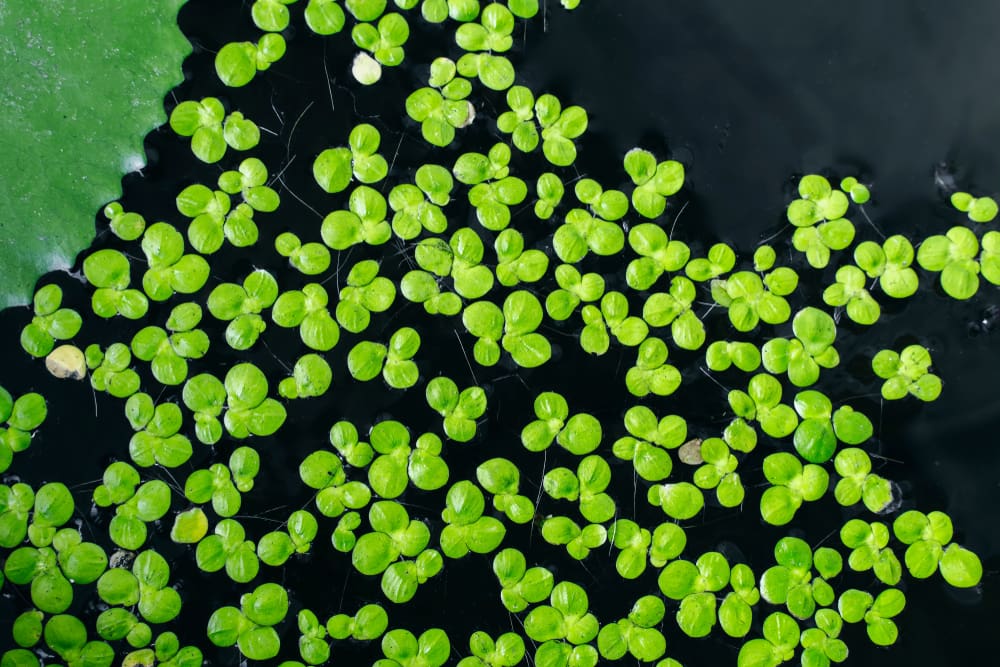 Duckweed is a small aquatic plant that flourishes on the surface of calm water. You can find this plant growing wild in quiet ponds or lakes. However, it’s also commonly cultivated in backyard ponds and indoor aquariums. 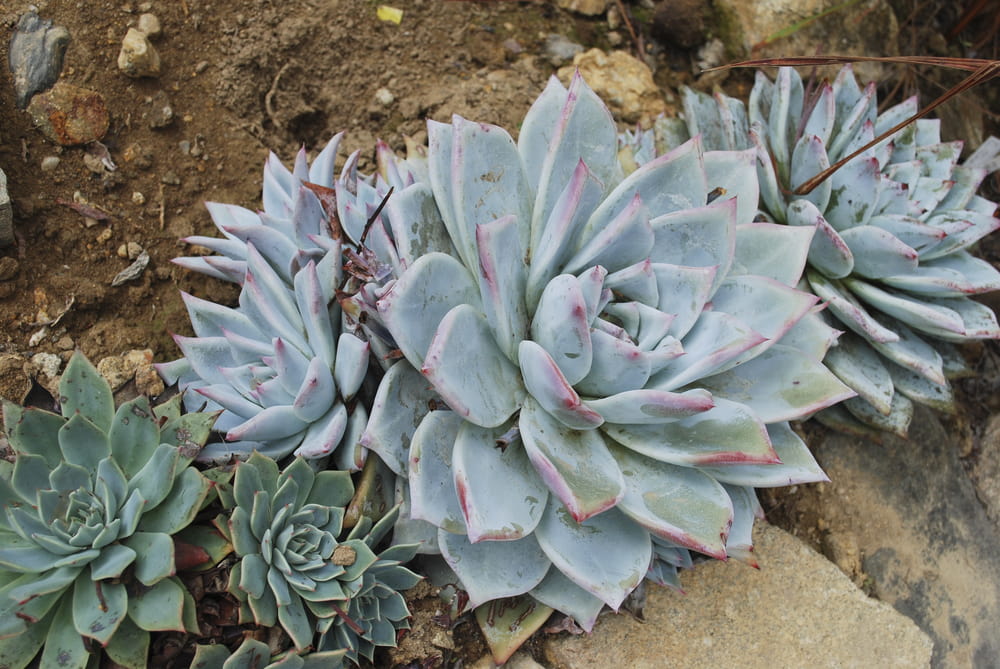 Dudleya is a genus of low-maintenance succulents with distinctive rosette growth habits. Most varieties have a silvery cast to their foliage. Dudleya succulents can live for more than 50 years and produce stunning flowers in the right conditions. 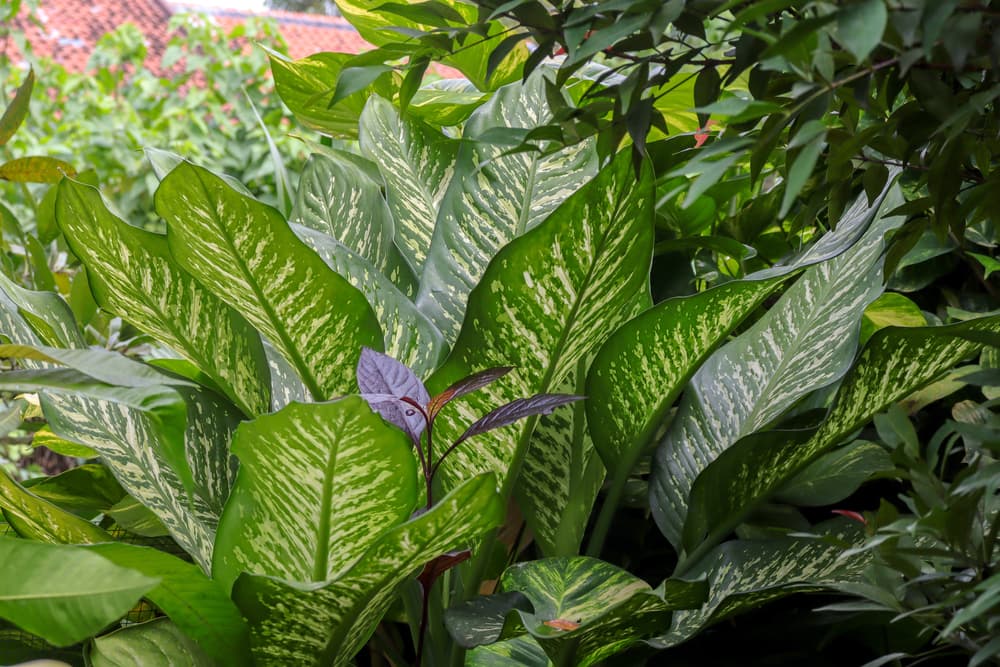 Dieffenbachia is a genus of tropical plants most often grown indoors. Specimens are easily identified by their oval, upright foliage. This plant is also known as dumb cane because of the mouth-numbing toxin contained within. 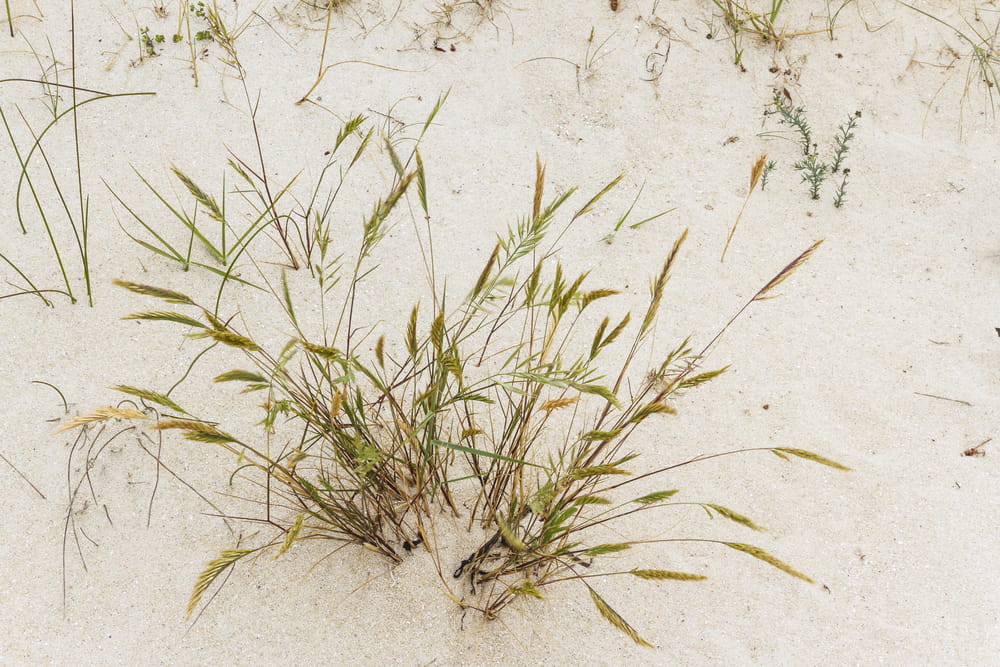 Dune fescue is an annual grass frequently spotted in the Mediterranean and surrounding coasts. As its name implies, dune fescue thrives in sandy soils. The species is quite rare compared to other fescue varieties. 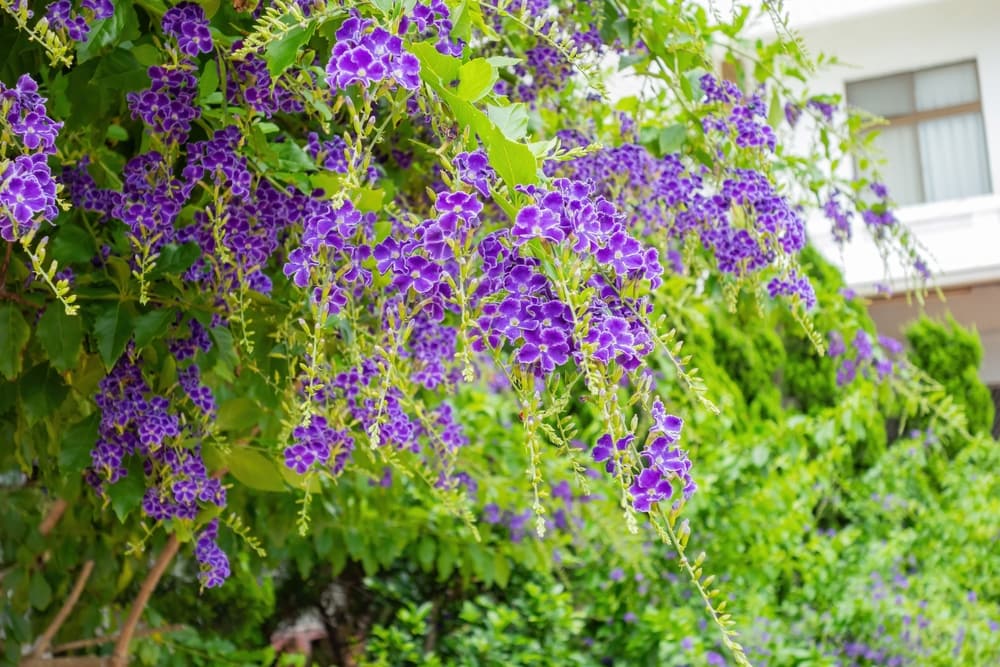 Duranta is a stunning tropical shrub that can reach up to 18 feet tall in its native climate. But it’s much more popular as a small, tree-shaped annual. Duranta’s long-lasting flowers grow in drooping clusters from spring until frost. 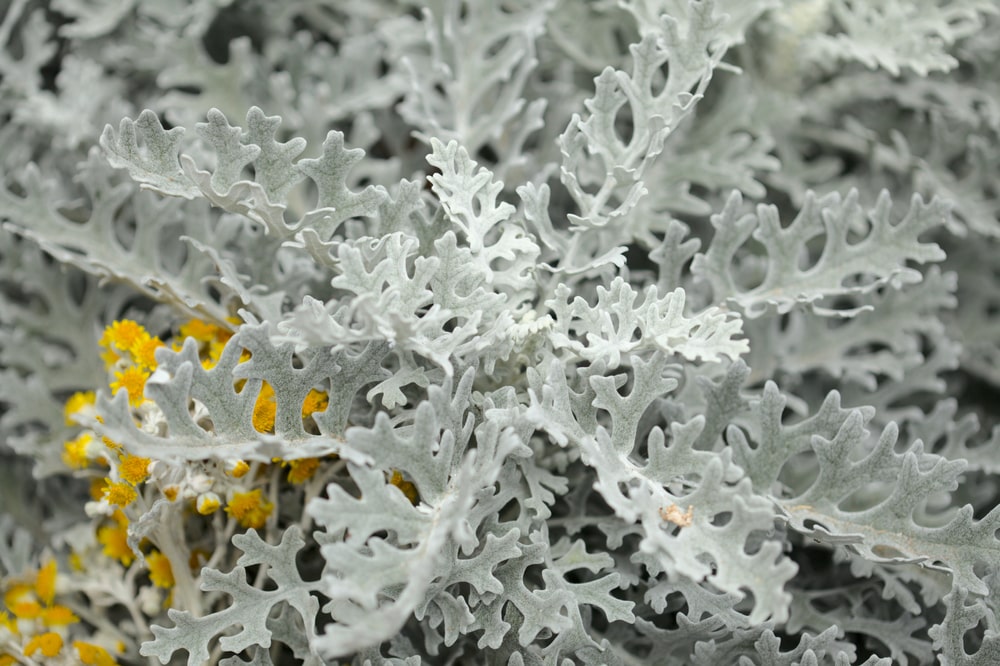 Its yellow, button-shaped blooms are charming yet understated. 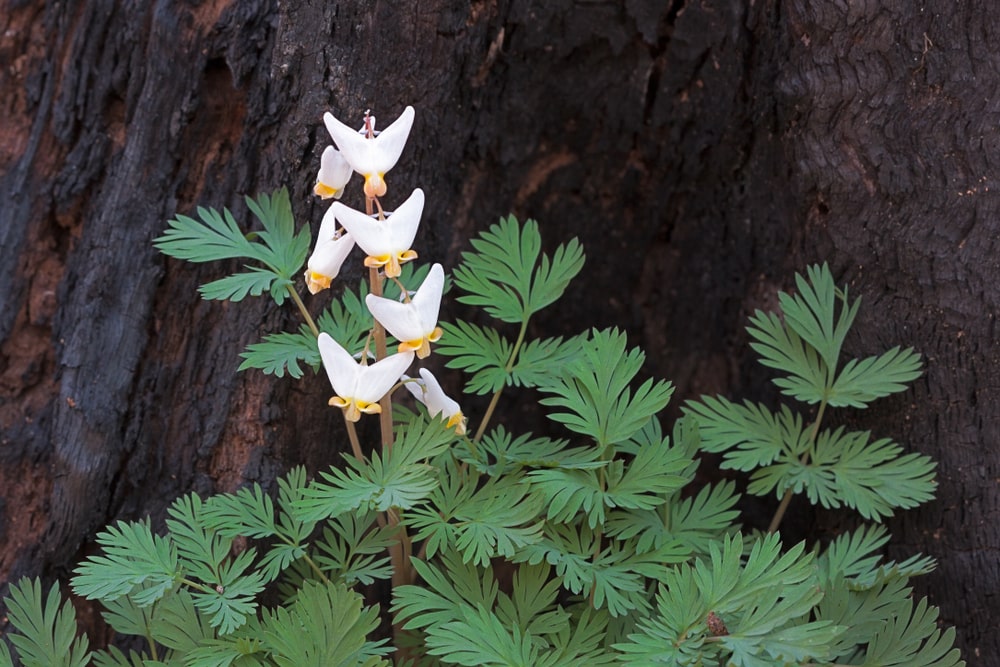 Dutchman’s breeches is a North American wildflower that blooms for about 2 weeks in spring before dying back to the ground. Since it prefers shade, it’s a wonderful option for planting under evergreen trees or along a fence line. 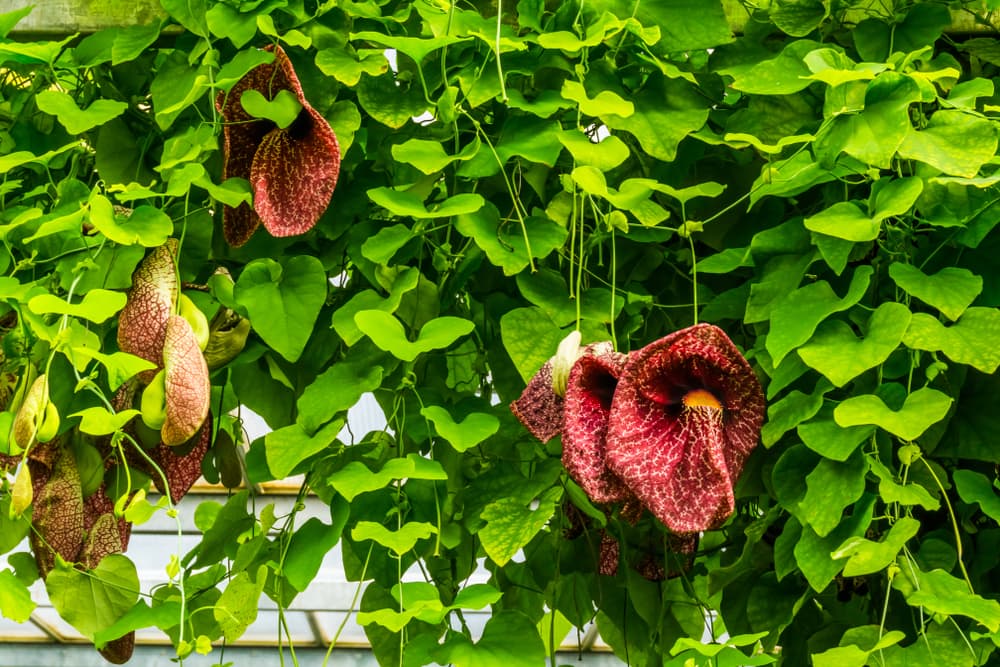 As a North American native, the Dutchman’s pipe vine is an excellent alternative to invasive climbers like English ivy. You can plant this woody vine on a fence or trellis to create additional privacy and shade. 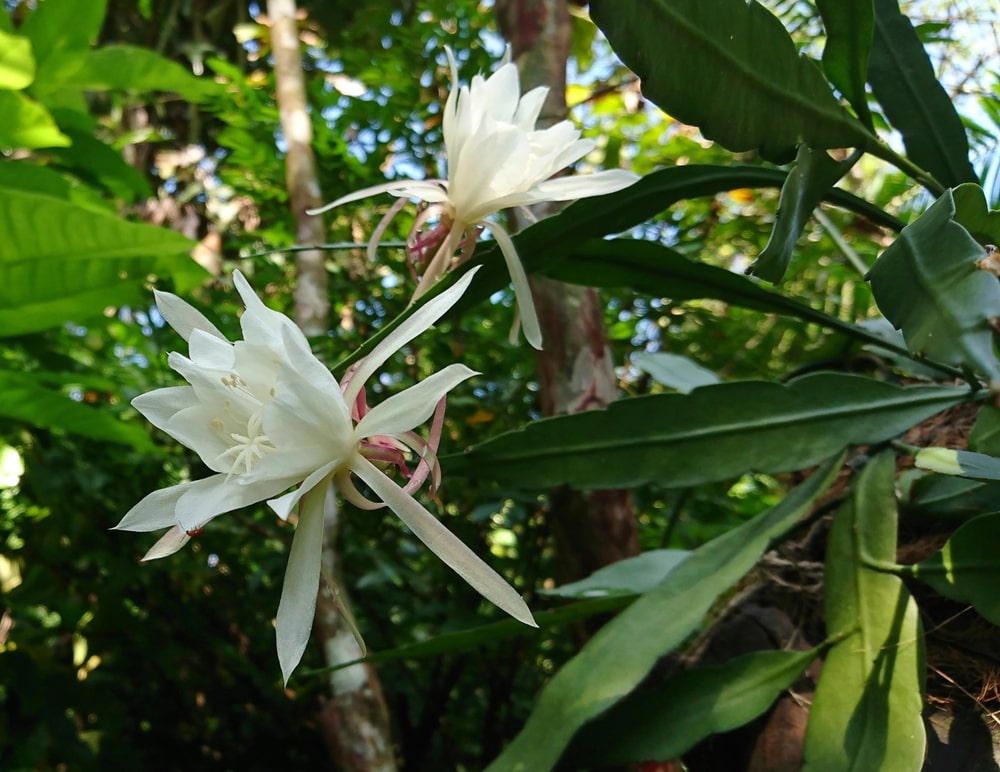 Also known as Lady or Queen of the Night, Epiphyllum oxypetalum is a nocturnal-blooming cactus. Its flowers are large and fragrant. These cacti are frequently pollinated by bats in the wild.