When it comes to colloquial names, the words we use to describe various plants can tell us a lot about their appearance, origin, and even historical significance.

On the other hand, common plant names can be confusing or — in some cases — downright misleading!

Let’s explore some popular varieties and their respective names, starting with plants beginning with ‘B’:

26 Plants That Start With B 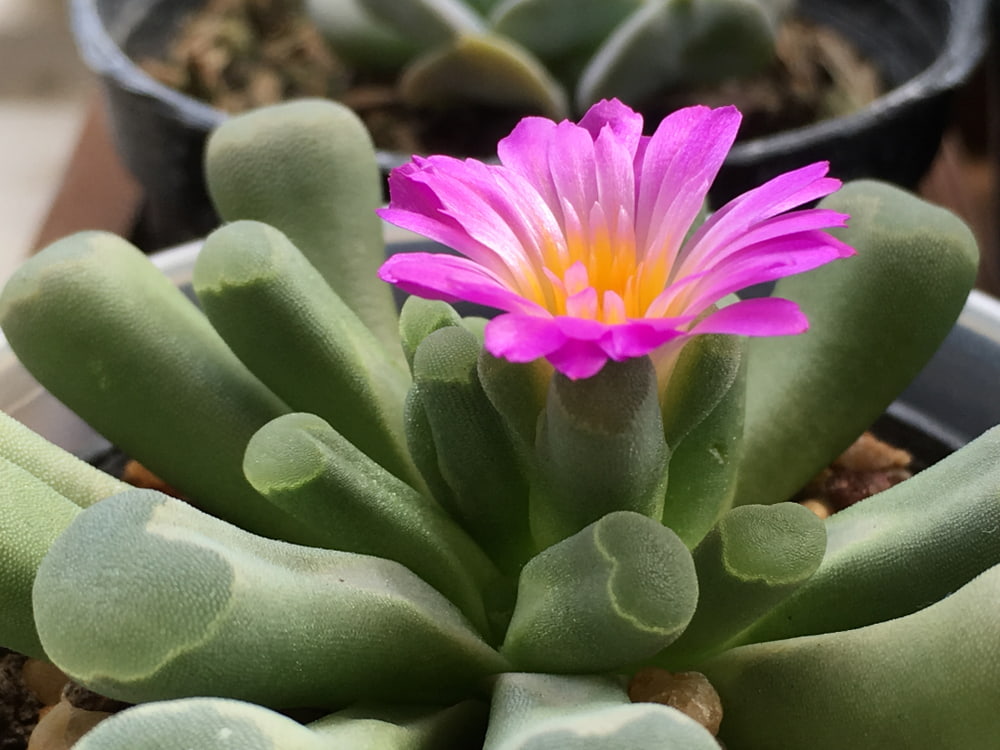 Baby toes is the colloquial name for a handful of interesting-looking succulents that are commonly grown in containers. As the name implies, the foliage of these flowering succulents resembles small toes! 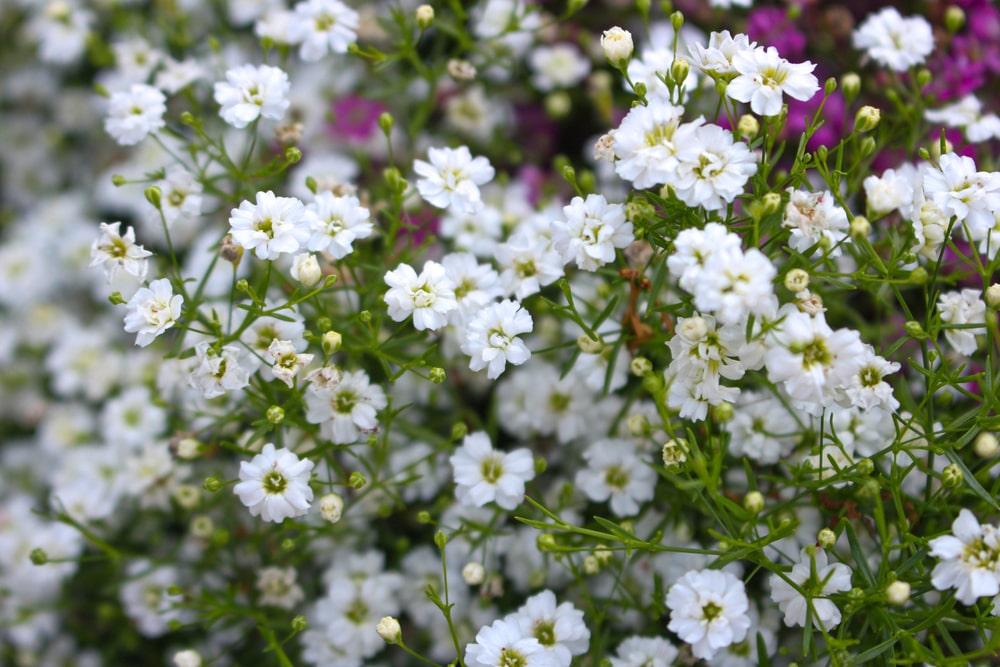 Baby’s breath is one of the most popular cuttings for floral arrangements for good reason. These teeny-tiny blooms can be white or pink and come from over 100 different plant species within the Gypsophila genus. 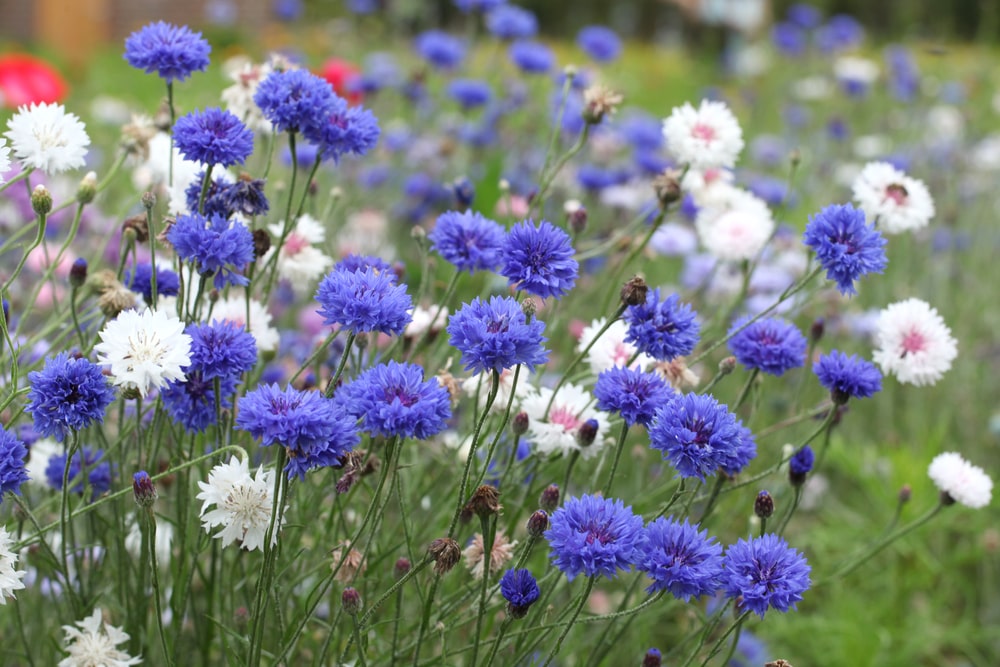 Bachelor buttons are dainty flowers that look right at home in any classic cottage garden. They traditionally come in shades of blue and purple but newer varieties boast pink and red blooms.

You might also know this plant as a cornflower. 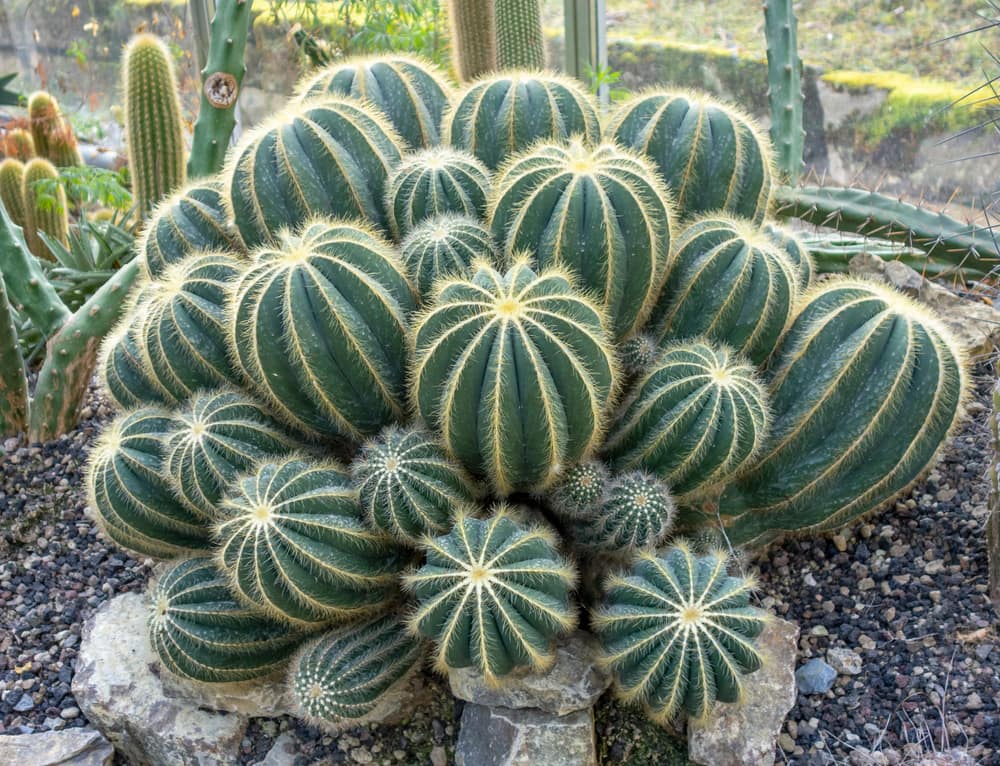 Cacti come in all shapes and sizes. With that said, the ball cactus is a staple of many desert-inspired container plantings. It grows in clusters and each “ball” can reach up to 12 inches in height. 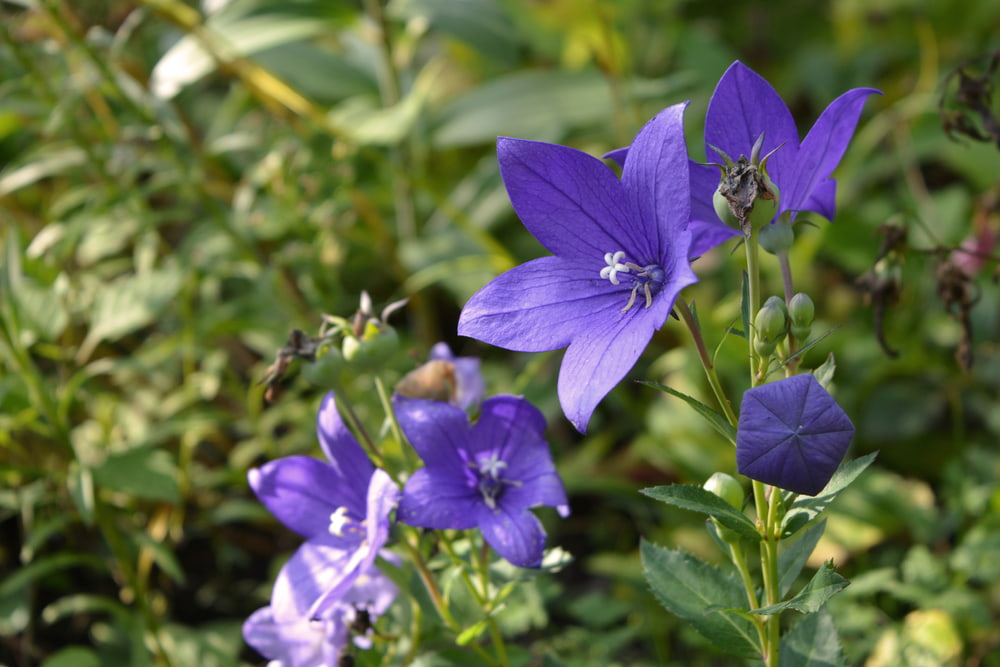 Balloon flowers are aptly named for the inflated appearance the buds take on immediately before opening. The flowers themselves are star-shaped and usually a shade of periwinkle.

Balloon flowers are easy to grow in most climates with blooms that last all summer. 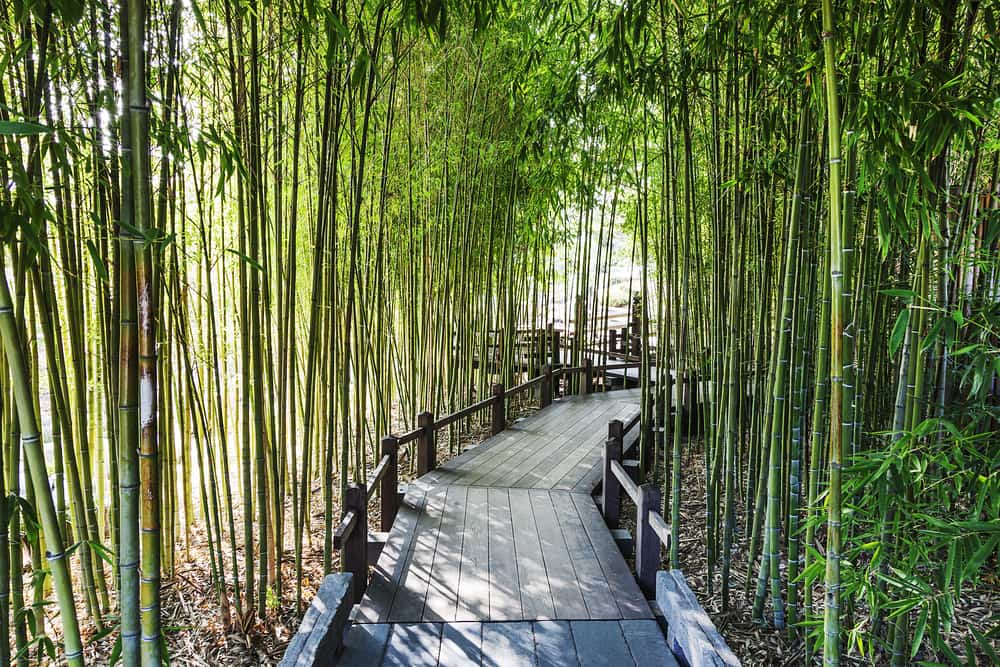 The term “bamboo” actually encompasses thousands of grass species within the Bambusoideae subfamily. There are many practical and ornamental uses for bamboo. 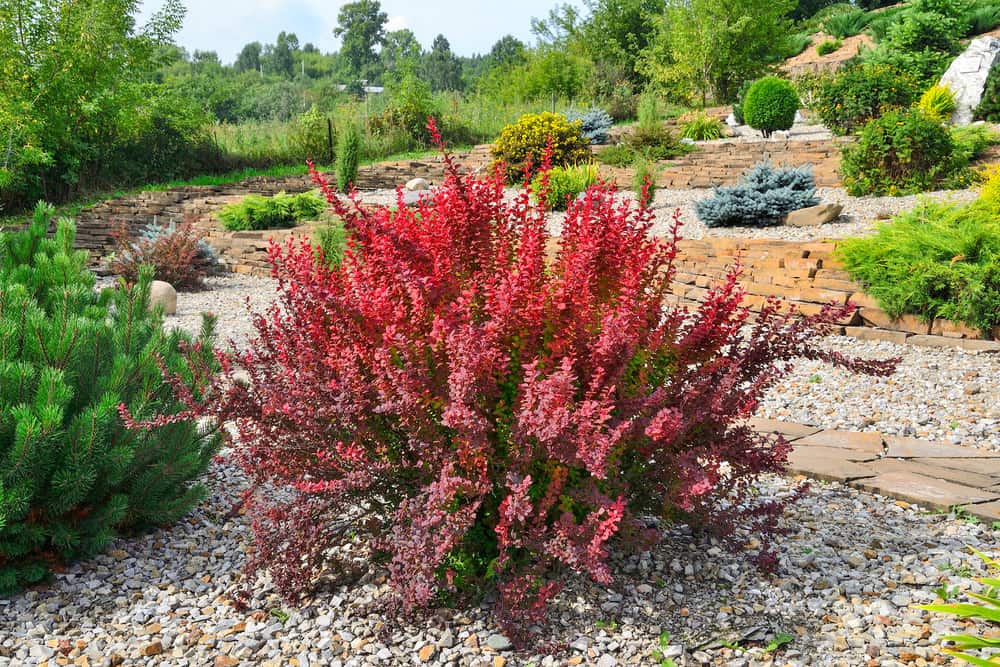 Barberry bushes offer stunning color throughout most of the year. There are many, many species of barberries out there to choose from.

Before planting this shrub in your own landscape — in particular, Japanese barberry or Berberis thunbergii — be sure to check its invasive status in your area. Many regions have banned the purposeful planting of this species. 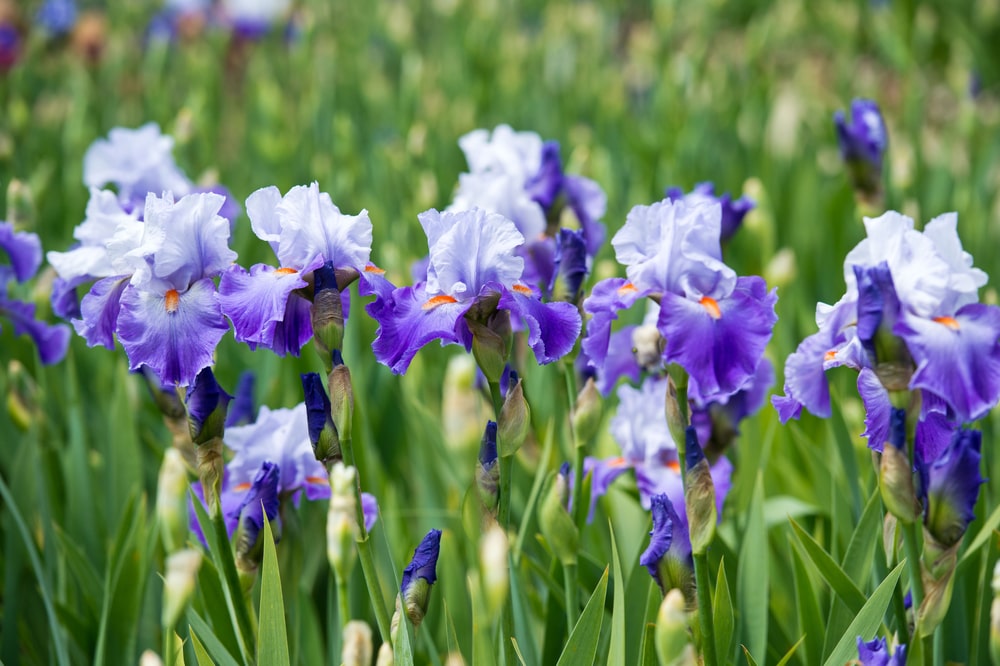 No spring garden is complete without a few bearded irises! It is the most popular type of iris available — other common types include “beardless” and “crested” irises.

Bearded irises come in many jaw-dropping colors and are quite hardy once established. 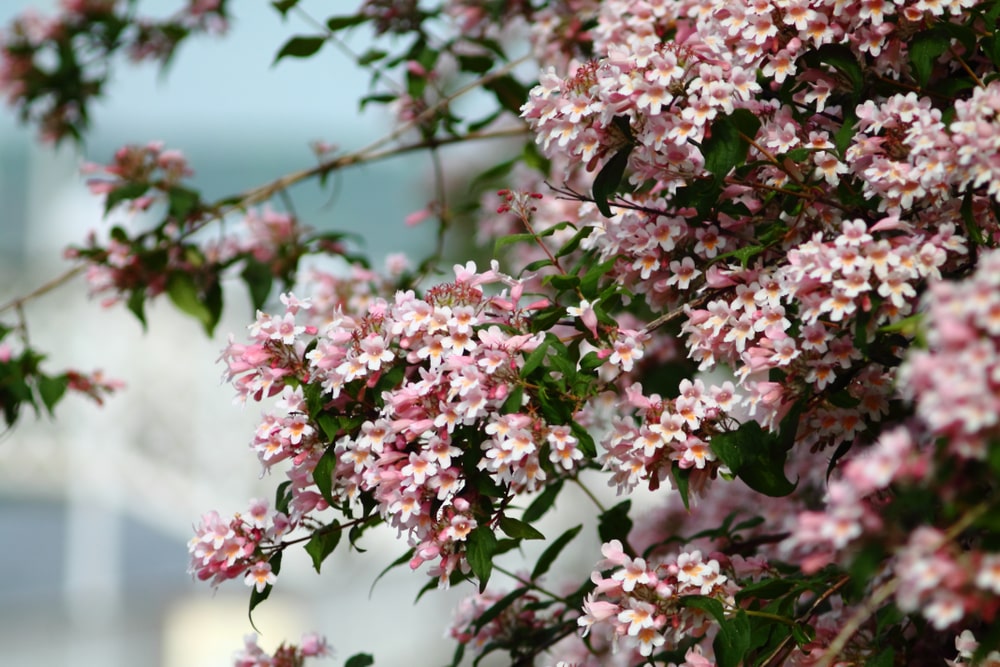 Beauty bush is a classic border shrub of the honeysuckle family. It boasts sprays of pink flowers in the spring. However, its lack of intrigue throughout the rest of the year has kept it from gaining popularity in the modern landscape. 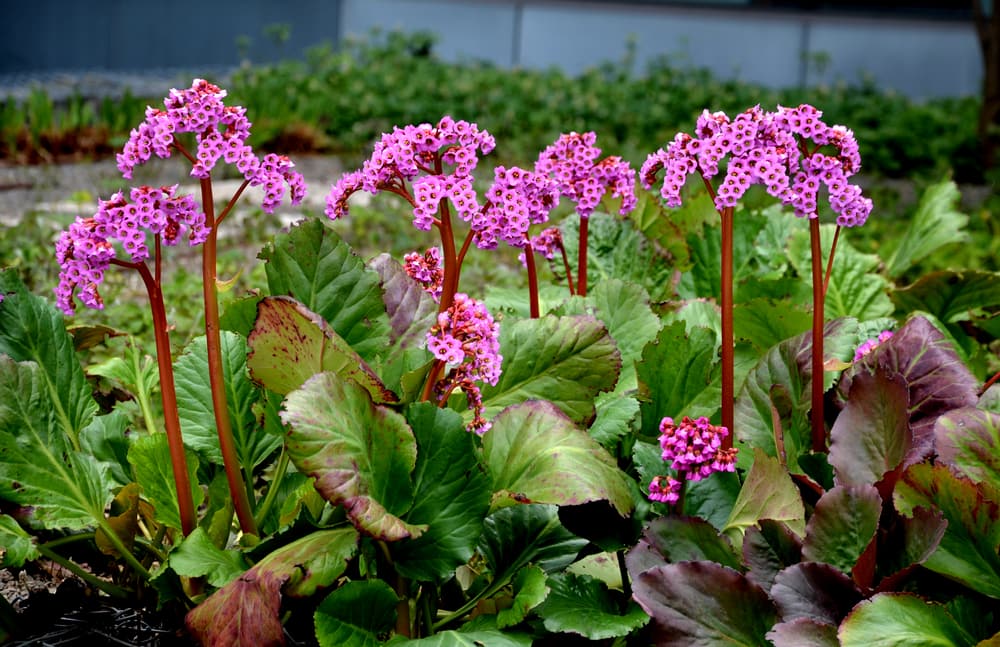 Perhaps the most interesting fact about bergenia is its nickname: pigsqueak! It earned this moniker from the unique sound its leaves make when they rub together.

Humorous quirks aside, bergenia is a hardy perennial flower that works great in any shade garden. 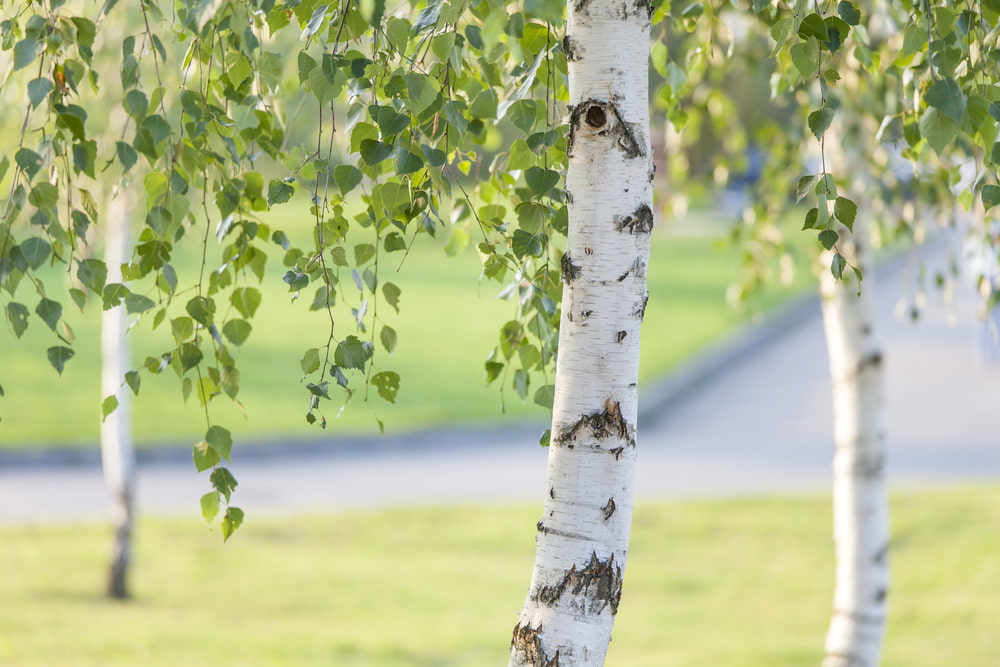 If there’s one type of tree nearly everyone can identify, it’s birch. But many people don’t know that only some birch species boast the distinctive papery bark. Either way, these deciduous trees offer ornamental appeal and shade to the landscape. 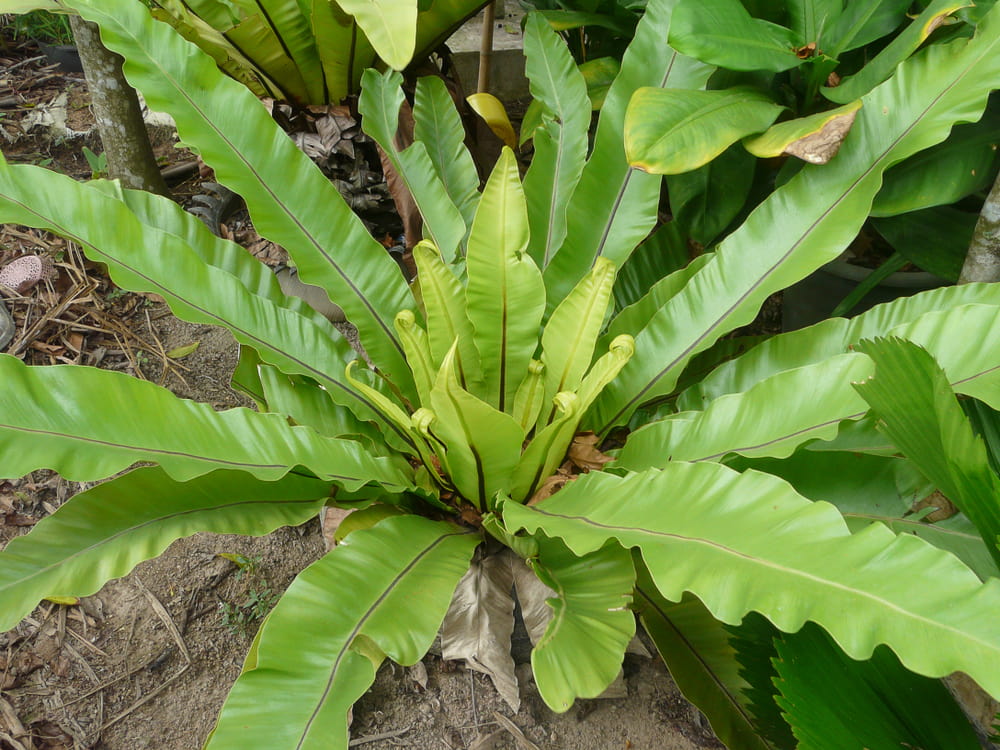 In nature, bird’s nest ferns are epiphytes that grow on larger tree limbs rather than in the soil. Unlike epiphytes like Tillandsia, however, these ferns do just fine when planted in the soil as houseplants. 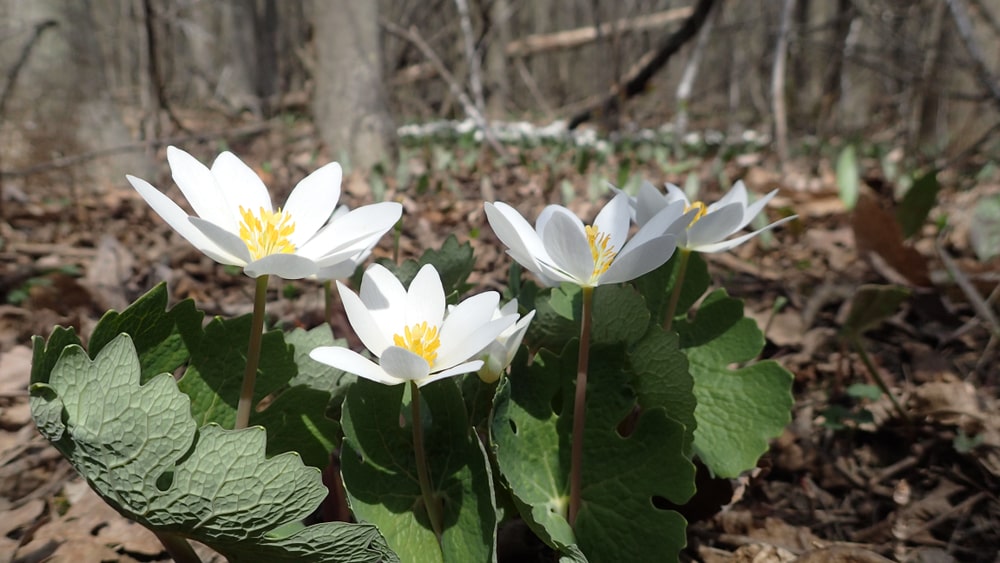 Bloodroot is a native wildflower found throughout much of North America. It gets its name from the red sap produced by the roots when cut open.

Historically, the sap has been used as a natural dye and herbal remedy (note that there’s no evidence it has any medicinal value). 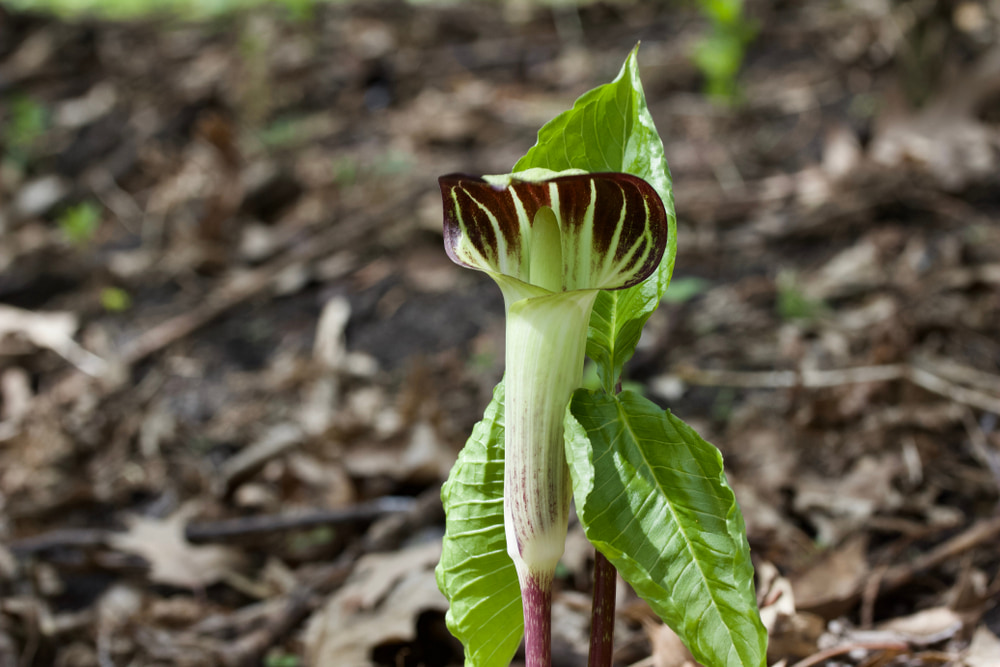 Commonly known as Jack-in-the-pulpit in many regions, the bog onion is one of North America’s most interesting native plants. Many people assume that this plant is carnivorous due to its pitcher-shaped flower.

Rest assured, however, it is not! 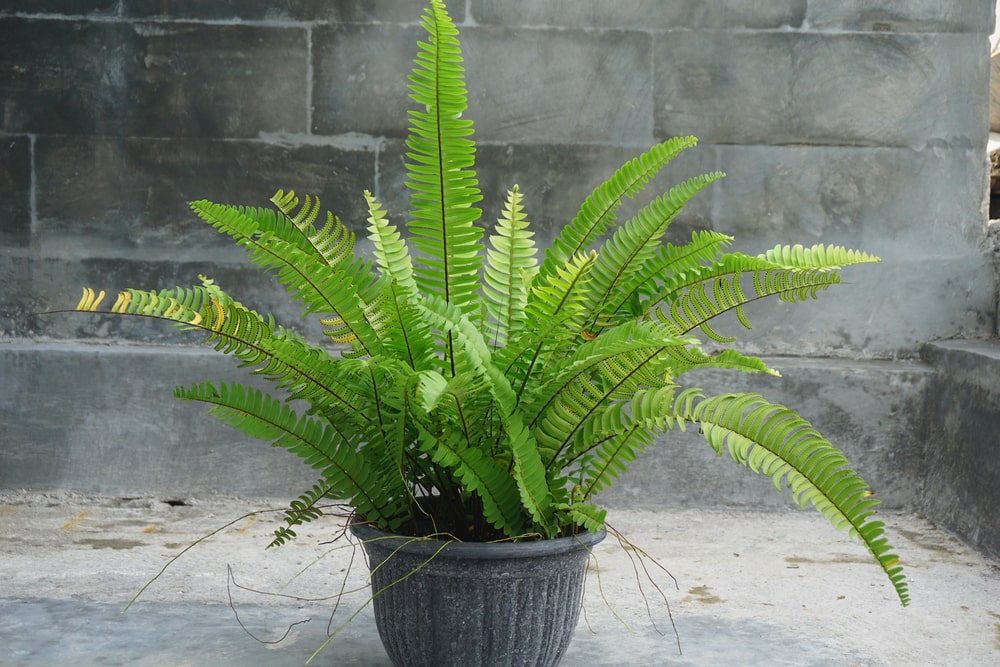 If someone asked you to picture a fern, a Boston fern is likely what comes to mind. You’ll find this fern in summer hanging baskets and warm climate landscapes. It can be kept year-round as a humidity-loving houseplant. 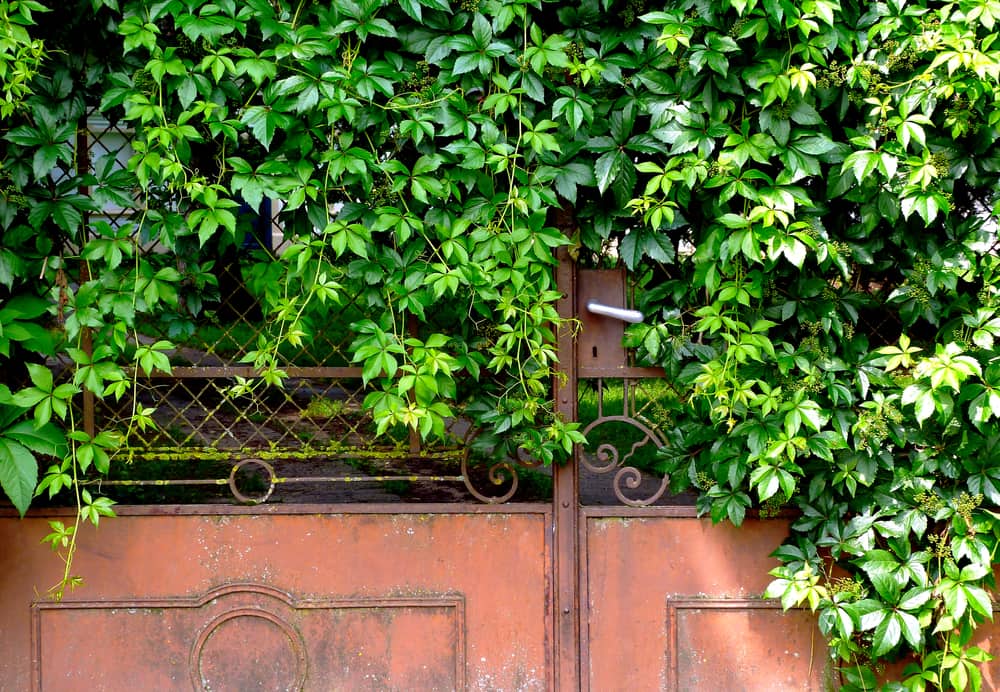 If you’ve ever wondered where Ivy League universities get their name, this is the plant! Surprisingly, though, Boston ivy is native to Asia rather than any part of North America.

Boston ivy is hardy and will climb practically anything. This is great news for hands-off landscapers but also means the plant is at risk of becoming invasive in some areas. 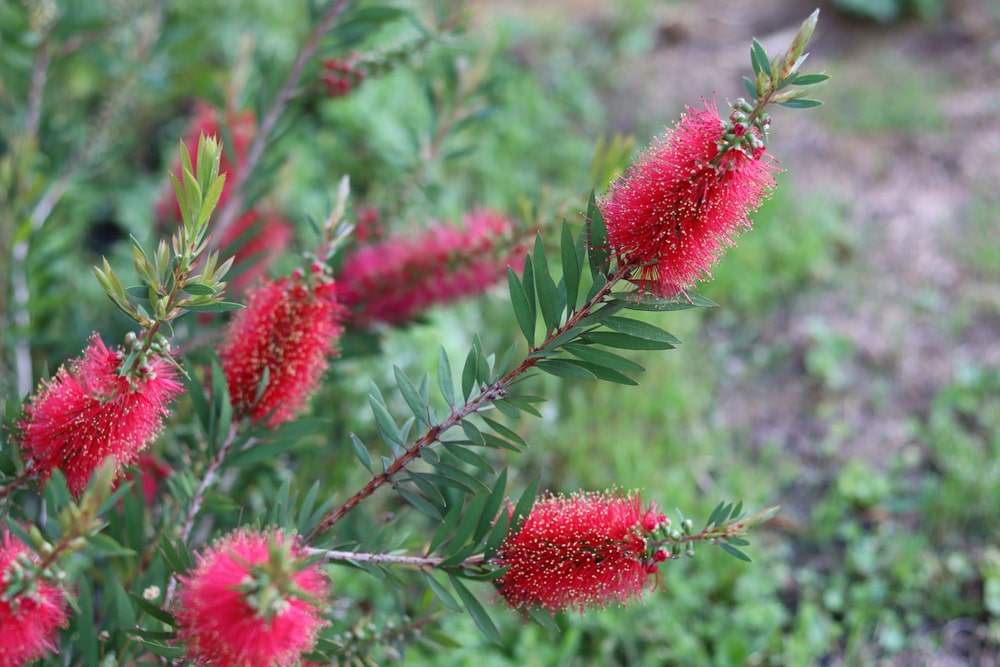 The bottlebrush shrub is one of the most striking additions you can make to any warm-weather landscape. The spiked flowers are almost always red — at least one species, C. sieberi, produces yellow blossoms.

Pollinators, including hummingbirds, love this plant! Bougainvillea is one of a select few flowering plants that flourish both indoors and out. In warm climates, it’s a fast-growing climbing shrub that can reach up to 40 feet tall.

Meanwhile, its size is fairly easy to control when kept as a potted houseplant. 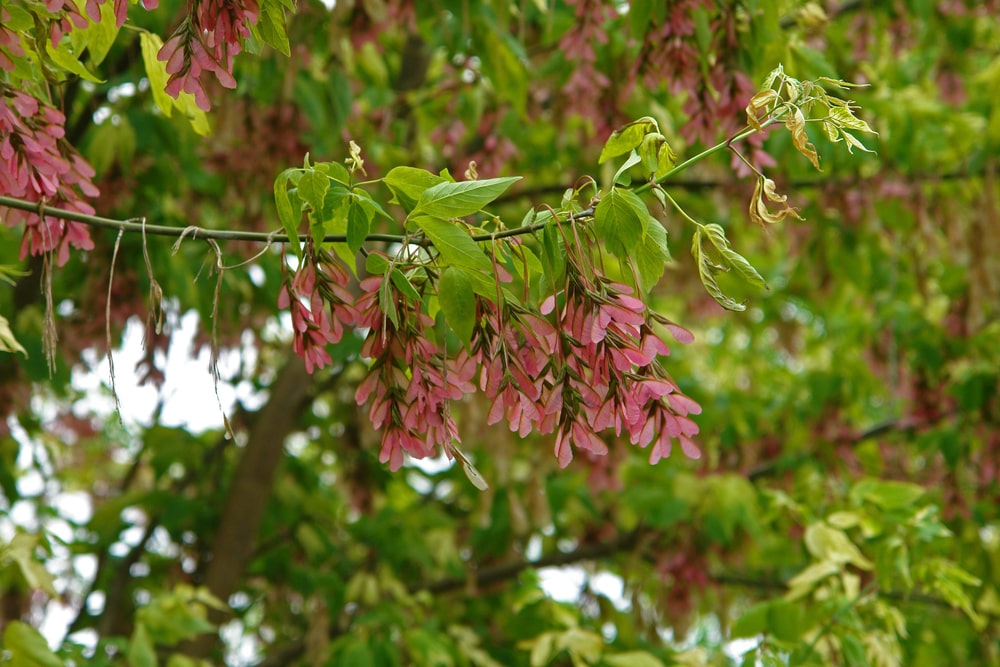 The boxelder tree is a type of maple. While it was (and, to an extent, still is) grown as a landscape plant, boxelder trees are now considered invasive in many areas. Also, this tree species attracts the infamous boxelder bug. 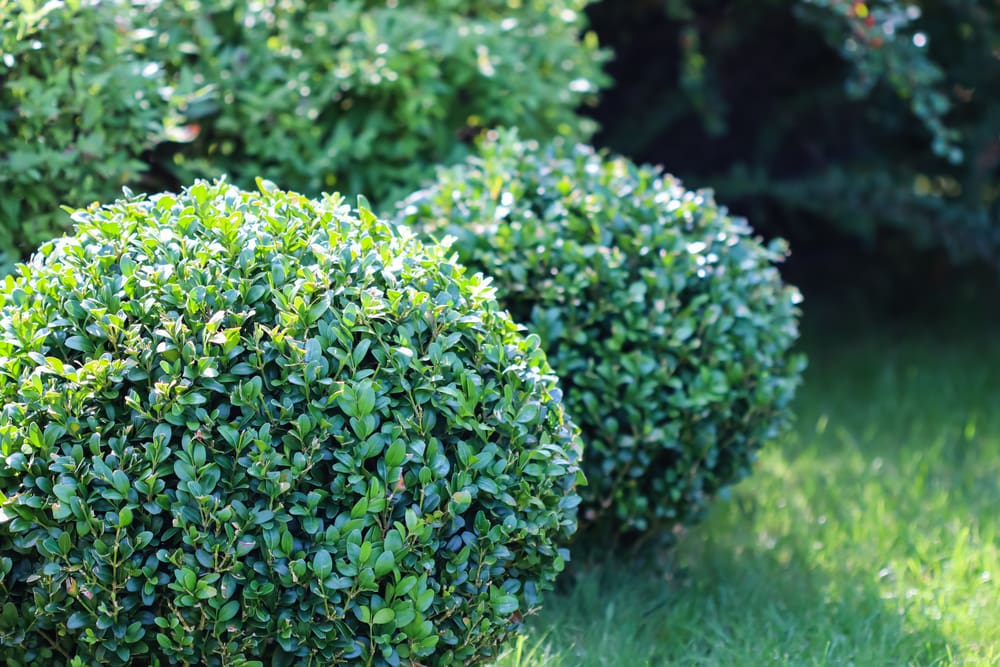 Boxwood is the common name for the Buxus genus, which contains dozens of individual species. These dense evergreen shrubs are frequently used as hedges and in topiary gardens. Brass buttons is a short-growing perennial that works well as ground cover. It has multi-colored, fern-like leaves that grow no longer than a couple of inches. In late spring, it puts out small, yellow, button-like flowers. 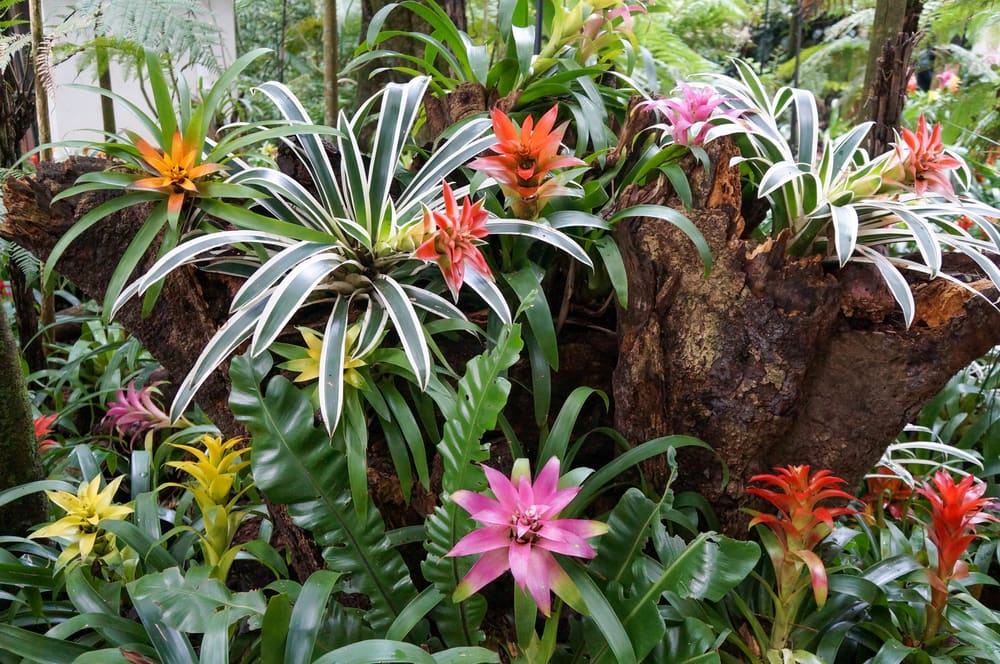 Bromeliads are a genus of tropical plants whose foliage is just as beautiful as their flowers. Depending on the species, wild bromeliads grow in the soil or as airborne epiphytes.

However, bromeliads kept as houseplants are almost exclusively potted in soil. 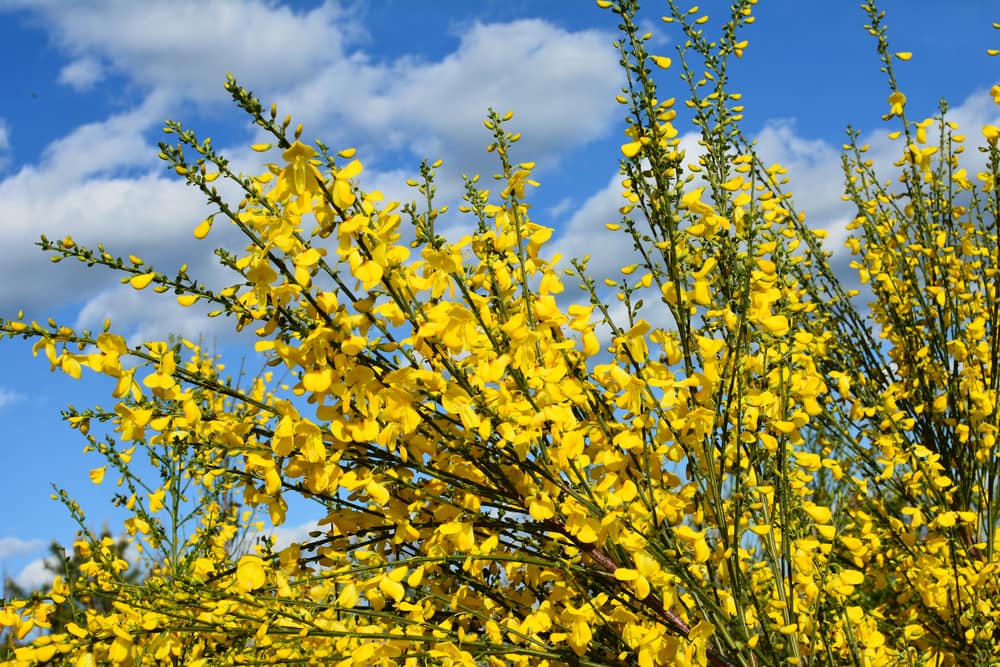 Broom shrubs offer vibrant yellow blossoms that emerge on whimsically arched branches. The flowers have a sweet scent and attract all kinds of pollinators.

Unfortunately, these beautiful shrubs (especially those from Cytisus) are invasive in some areas. Be sure to research your region’s restrictions on broom before planting. 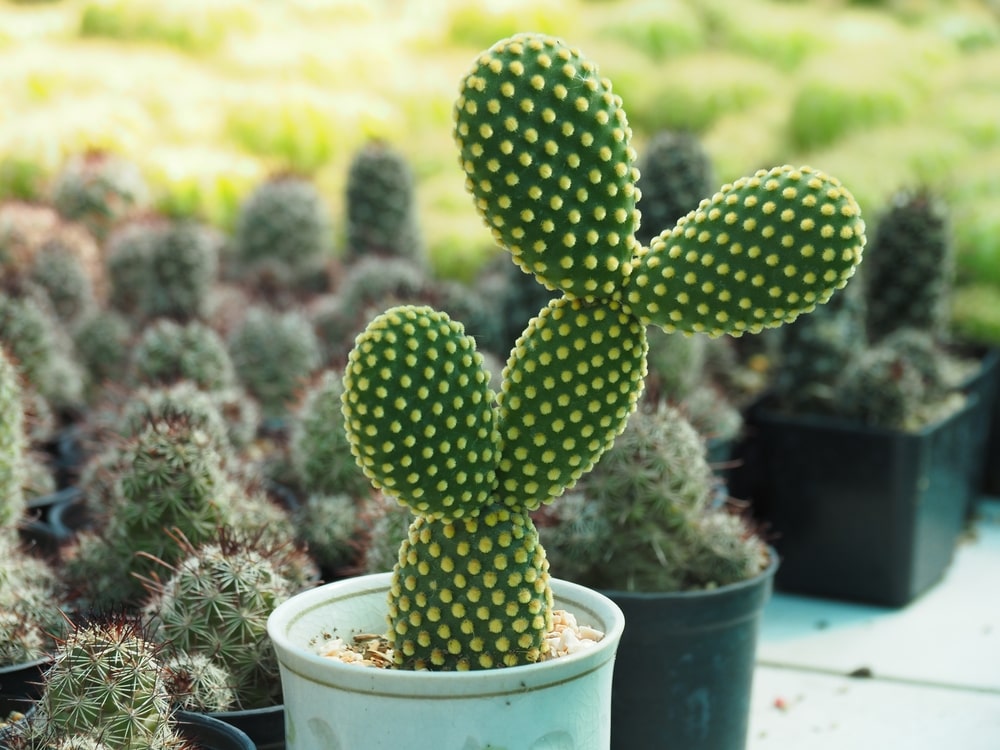 The bunny ear cactus is highly sought after by houseplant enthusiasts for its hardy nature and adorable appearance. While the bunny ear cactus’ fruit isn’t very appetizing, it belongs to the same genus as prickly pear cacti. 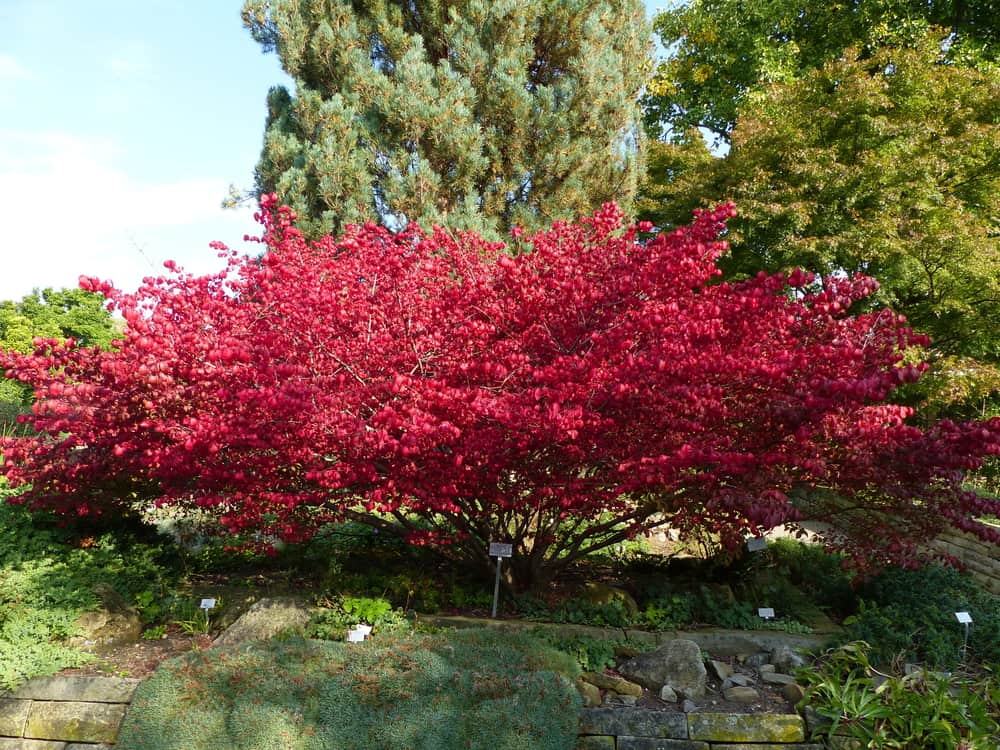 Many trees and shrubs change color in the fall, but few do so as dramatically as the burning bush. Dwarf and full-sized varieties turn crimson red in autumn. Burning bushes are easy to care for, but can be aggressive spreaders in some climates. Burro’s tail is a beloved succulent species with scale-like leaves. Its stems spill outward rather than growing upright. Plant this succulent in a hanging basket or atop a raised garden bed for maximum impact.