Exactly what is a vaulted ceiling and how can it improve your living space? If offered the chance to make any change to their home — budgetary and other constraints aside — many homeowners would opt for a larger space.

Despite the lack of additional square footage, a room with a vaulted ceiling will always look and feel much bigger than its standard-height counterparts!

But before you run to your nearest contractor and start drawing up plans for a vaulted ceiling of your own, let’s take a look at what the term actually means:

What Does Vaulted Ceiling Mean? 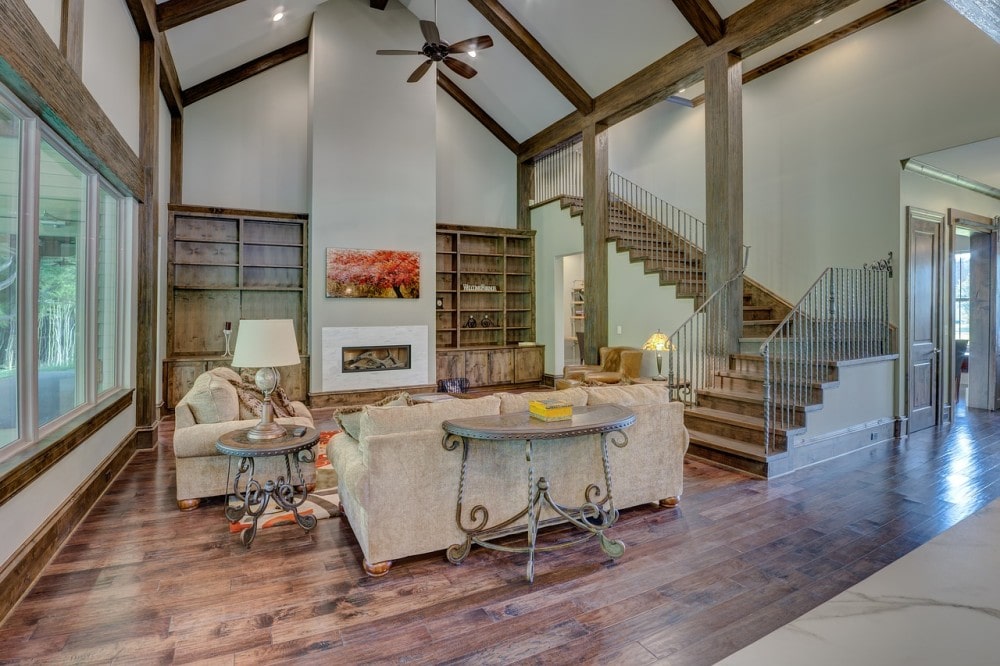 To make things even more confusing, all of these definitions are technically correct:

Take a step back into history, and vaulted ceilings looked very different than today’s versions. Some of the first vaulted ceilings, built in Ancient Rome, featured dramatic arches.

It’s believed that these arched ceilings were built for structural integrity rather than for the aesthetic. (The fact that many of these buildings are still standing is a testament to said strength!)

Modern architecture agrees with the historical definition of what makes a vaulted ceiling different from any other kind.

In architectural terms, a vaulted ceiling must be self-supporting, higher than the adjacent walls, and (most importantly) arched.

It also doesn’t need to be self-supporting. Instead, contemporary design defines a vaulted ceiling solely by its visual appearance.

As long as the ceiling extends further than the supporting walls and creates a large, open space overhead, it qualifies as “vaulted.” 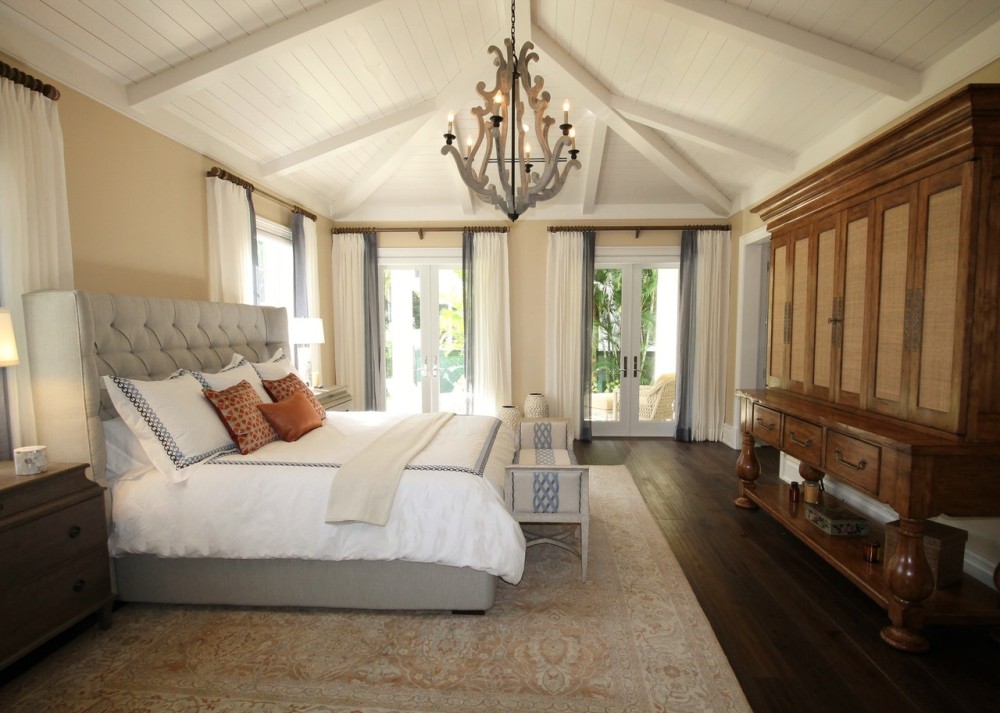 What Are the Benefits of a Vaulted Ceiling?

A vaulted ceiling is an excellent way to make a room bigger without changing your home’s footprint. The world of real estate often focuses on square footage.

But the additional overhead space created by a vaulted ceiling can do amazing things for the look and feel of any room. While you can’t use this extra space to fit more furniture in the room, it can still be functional.

Many vaulted ceilings open up wall space for larger windows. This greatly increases the amount of natural light inside the room.

And, since vaulted ceilings often go hand in hand with taller walls, there’s more space to mount artwork and other hanging decor.

Vaulted ceilings are highly desirable right now, and the trend doesn’t seem to be going anywhere fast. Homes with vaulted ceilings may sell faster and for a higher price than those with traditional flat ceilings.

Vaulted ceilings can be found alongside nearly all architectural and decor styles. Unlike other home trends, a vaulted ceiling will in no way limit what you can do with the room below.

Many homeowners opt to decorate their vaulted ceilings with exposed rafters or horizontal beams. These elements can add a degree of luxury to the space without affecting the room below. 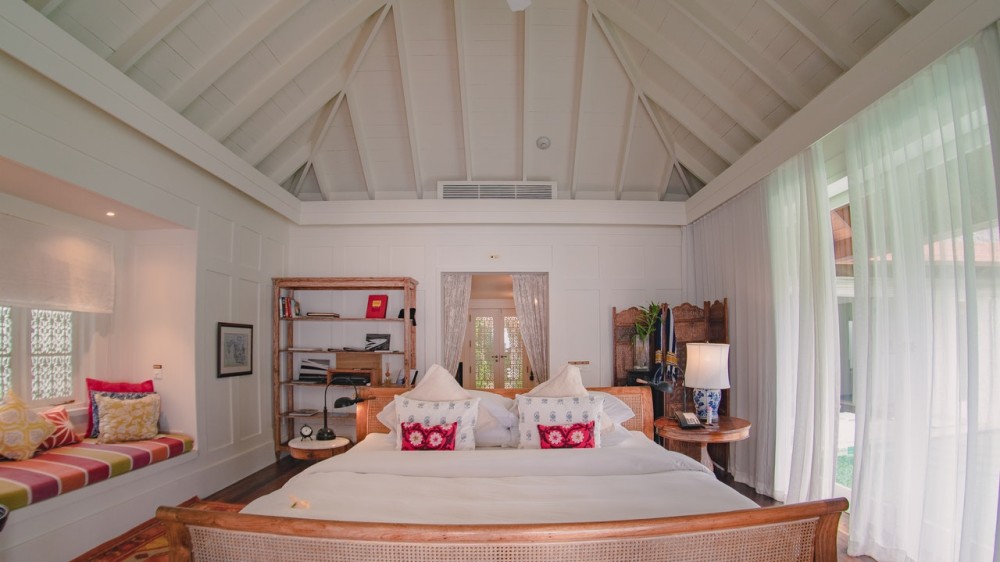 What Are the Drawbacks of a Vaulted Ceiling?

Constructing a vaulted ceiling costs more on average than building a standard flat ceiling. This may not be a big deal for a new construction home, especially when you account for the increased resale value.

For homeowners looking to renovate an existing space, however, the cost of installing a vaulted ceiling may be out of reach.

The bigger the home, the more energy it takes to heat and cool. Vaulted ceilings add a surprising amount of space to a room.

Unfortunately, that extra space will be immediately reflected in your household utility bills. Some of this cost can be mitigated by thorough insulation and energy-efficient building materials.

But heating and cooling a vaulted ceiling for the same price as a flat ceiling is nearly impossible.

When compared to a room with an 8-foot flat ceiling, those with vaulted ceilings are much harder to maintain.

Painting a room with a vaulted ceiling may require more paint and labor (to cover the additional surface area). Special equipment — e.g., ladders and brush handle extenders — may also be necessary.

Other projects that may become more difficult with a vaulted ceiling include: 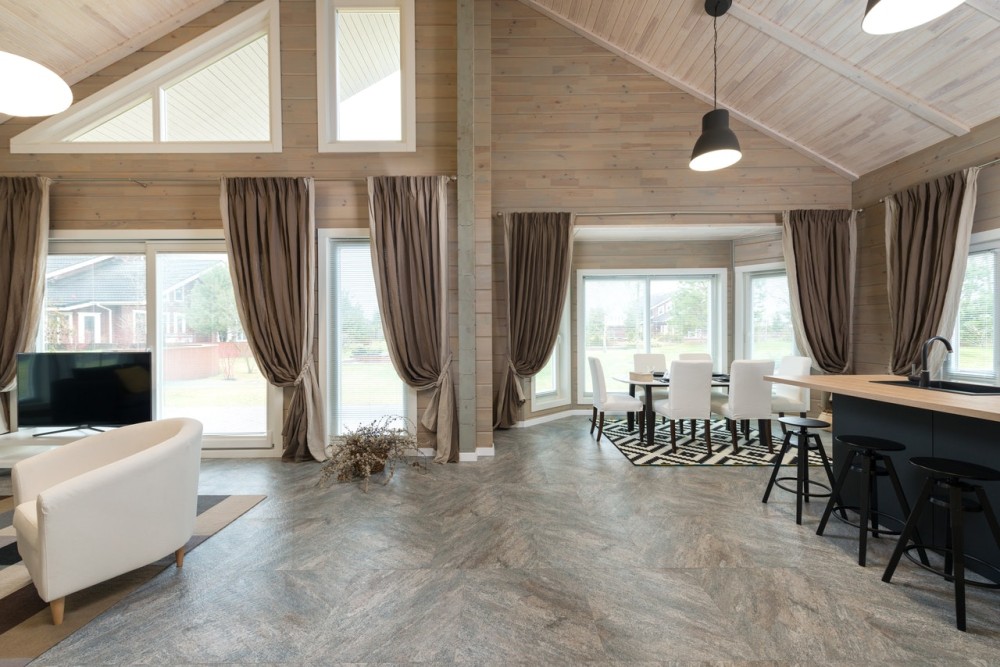 Today, “vaulted ceiling” is often used as an umbrella term to include a wide variety of ceiling styles.

Some of the most common vaulted ceiling subtypes include:

What Is a Half Vaulted Ceiling?

There is no universal definition of what is considered a half vaulted ceiling. There are, however, two common ceiling styles that sometimes go by this name:

The first is an angled flat ceiling that extends from a standard-height interior wall to one that is several feet taller. In other words, one side of the ceiling is vaulted while the other is not.

This type of ceiling is sometimes called a shed ceiling. While not as dramatic as a standard vaulted ceiling, this technique can still open up a room quite a bit!

It is most often used in homes where the existing roof line doesn’t allow for a full vaulted ceiling.

The other type of ceiling that may be called “half vaulted” is actually two distinct ceilings — one flat and one vaulted — coexisting in a single space.

You’ll often see this style of ceiling at the transition point between a large living room (with a vaulted ceiling) and a hallway (with a standard flat ceiling).

Typically, the area with a flat ceiling sits below an upper floor. (And that’s why the entire space cannot accommodate a vaulted ceiling!) 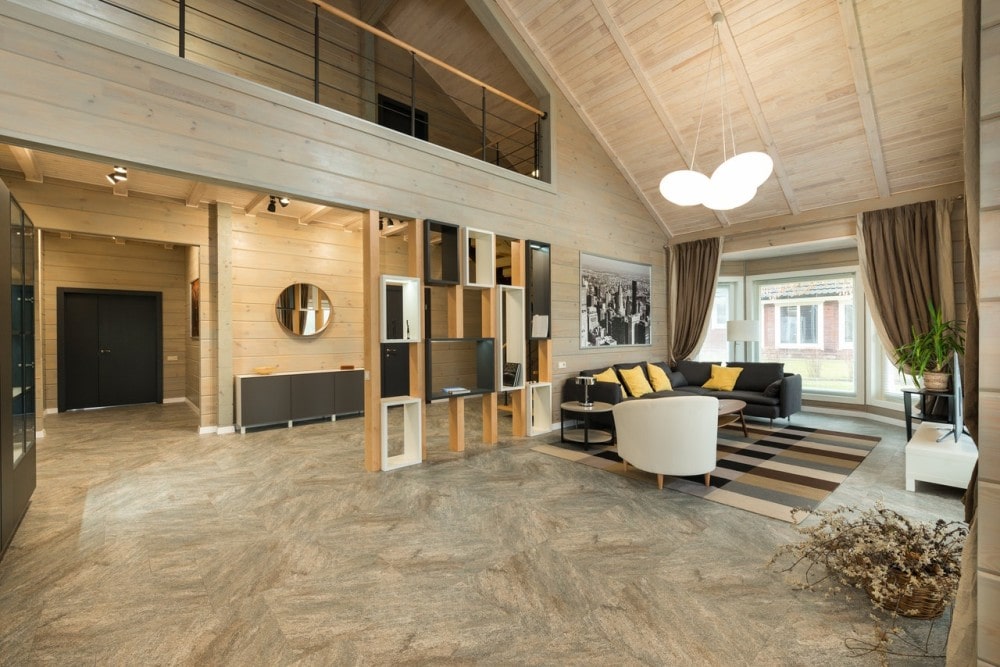 While purchasing a home with vaulted ceilings is often a wonderful investment, adding this feature to an existing home isn’t always feasible.

Homeowners also need to consider the heating and cooling needs of a home with vaulted ceilings. If you live somewhere with extreme temperatures, then that extra overhead space could cost you a small fortune!