Take a moment to think about all of the sinks in your home. Almost every home has at least one bathroom and one kitchen sink. You may also have a utility sink, a laundry sink, or another type of sink entirely. Yet, despite outward appearances, nearly every sink in the home shares many of the same parts.

The Basic Parts of All Sinks 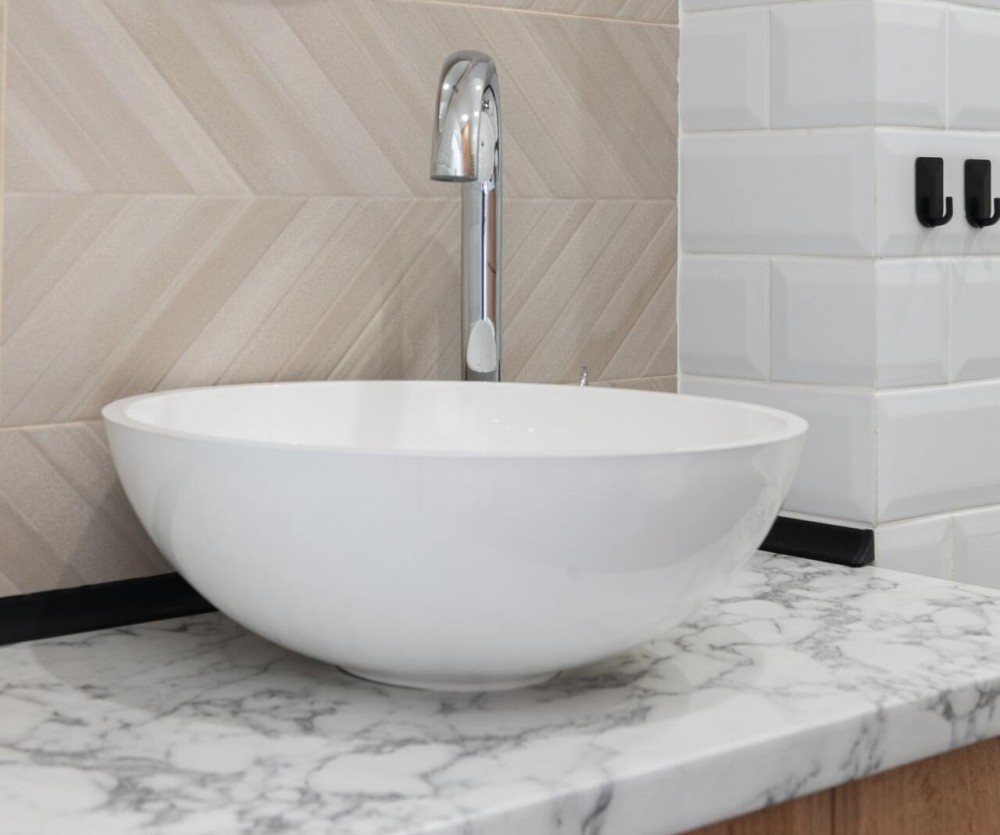 While sinks can vary greatly in location, style, and purpose, there are a few things all sinks have in common:

The basin is the part of the sink that holds water. Basins come in many shapes, sizes, and materials. But almost all sink basins feature a drain at the bottom and a faucet at the top. In short, you can’t have a sink without a basin!

The faucet is where water flows into the sink basin below. A sink can have one faucet or multiple. While contemporary faucets can provide both hot and cold water, some sinks feature a separate faucet for each water temperature. 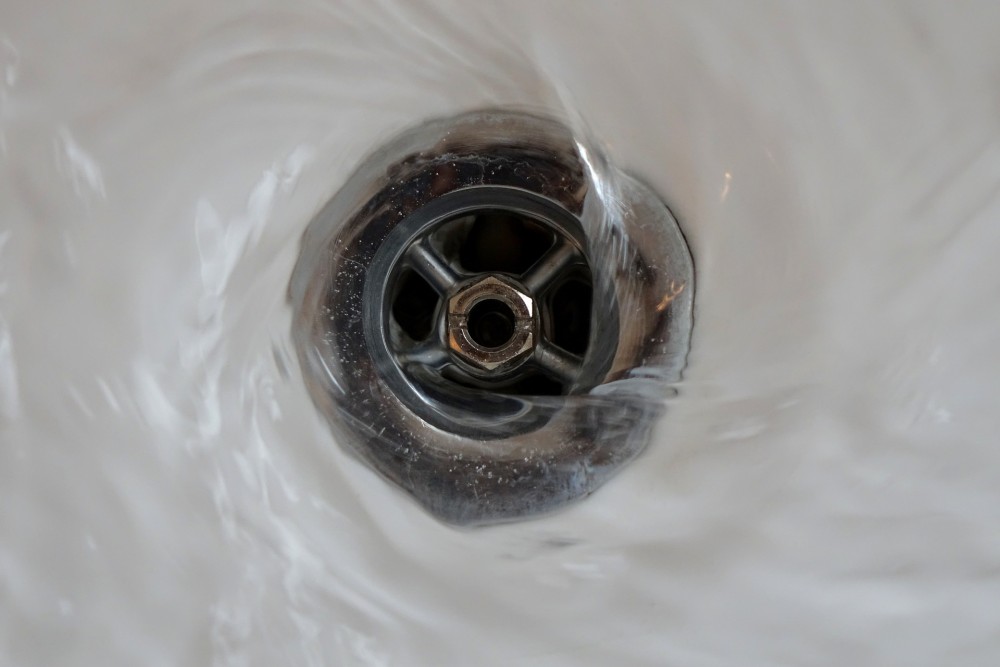 The drain is what empties the basin of water. Drains come in many styles and may boast useful features like built-in stoppers, strainers, and more.

The water lines are what supply running water to your sink’s faucet. These lines are typically hidden underneath the sink and connect to your home’s water system as a whole. Generally, there is one line for hot water and another for cold water.

While few homeowners will need to use these valves on a regular basis, knowing where they are can prevent unnecessary damage in the case of a leak or other plumbing issue!

The Parts of a Drain 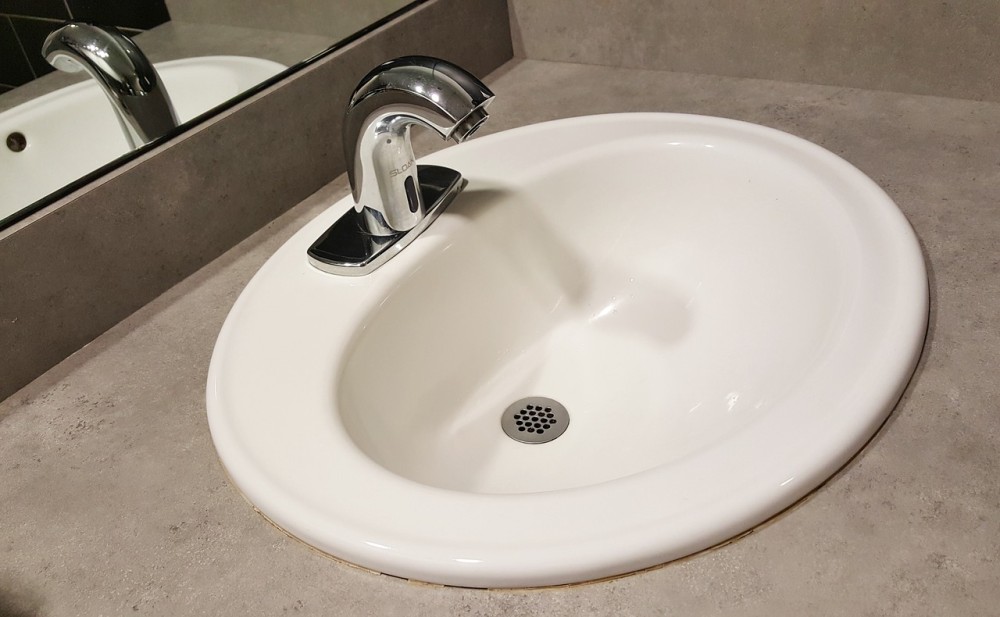 Although the average sink drain might seem simple, there are several parts that go into ensuring this fixture functions the way it should:

Stoppers cover the drain to prevent water from leaving the sink.

Most stoppers look like a cover that blocks the open drain. A stopper makes it possible to fill the sink with standing water. Doing the dishes or handwashing laundry would be much more difficult without a drain stopper.

Built-in stoppers are connected to the drain and can be raised or lowered with a lever or pin. Removable stoppers must be placed and removed by hand (which involves placing your hands in potentially dirty water to unclog the drain). 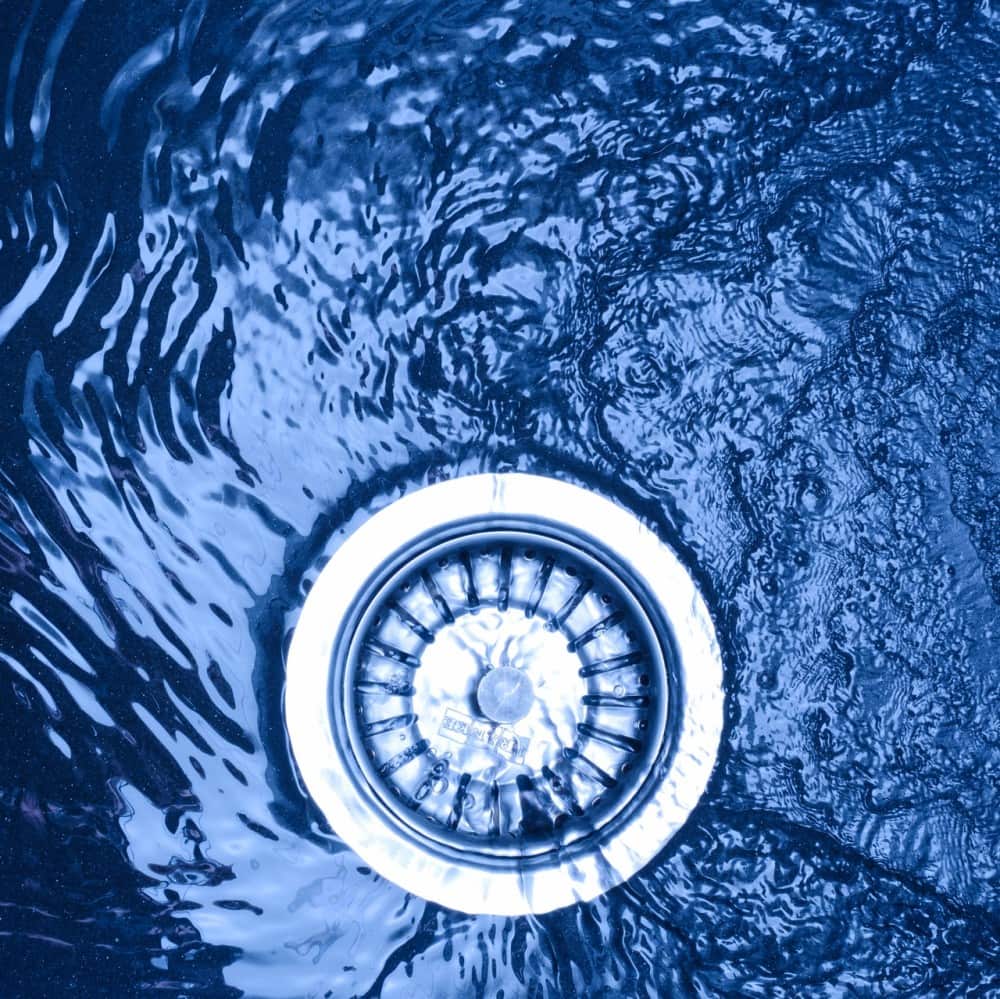 A strainer is an optional part of a drain that prevents hair, food, and other debris from flowing down the drain and clogging the pipes below. Strainers are most common in kitchens but can be installed in any sink for added convenience.

Gaskets are crucial pieces of rubber that seal the joint between the drain and the sink basin.

The tailpiece is the segment of pipe that connects the drain to the rest of your home’s plumbing system. 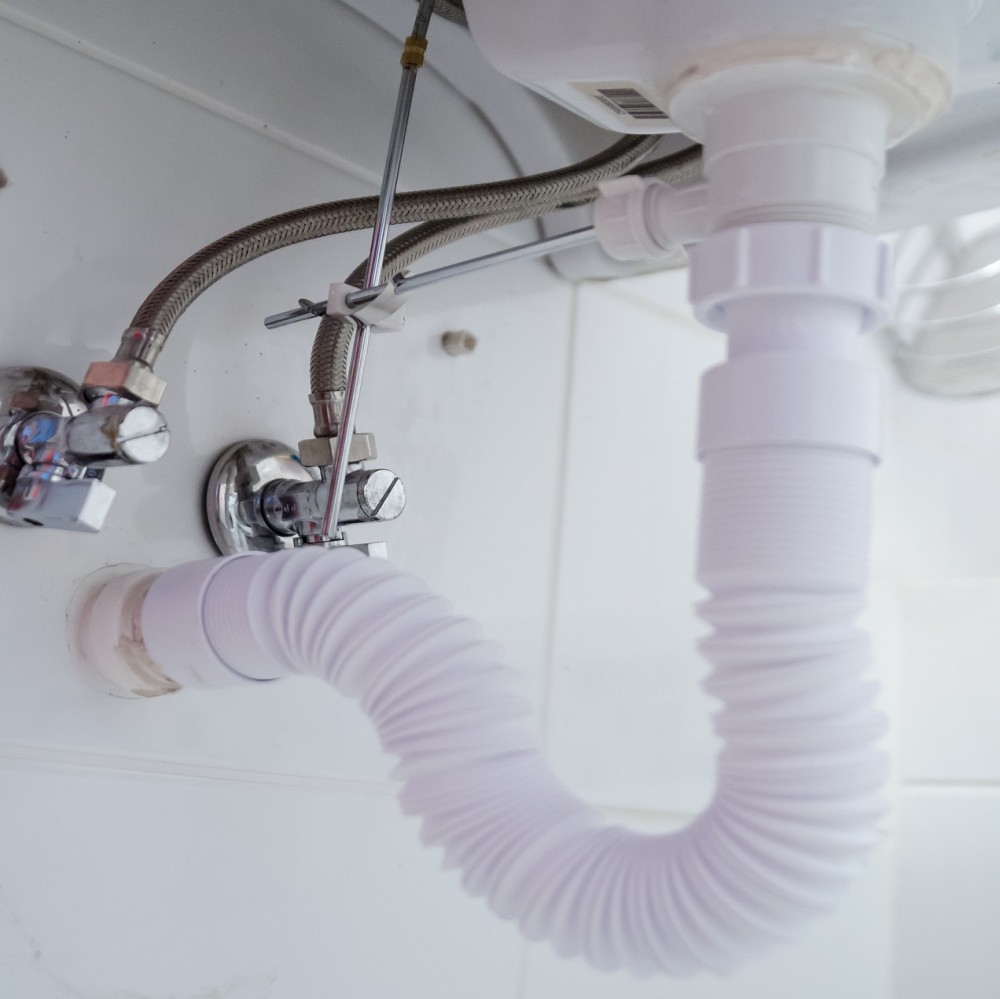 The trap is a curved pipe directly below the drain and tailpiece. Despite the deceptively simple appearance of the trap, it’s crucial to keeping sewer gasses from rising up through the sink drain.

A cleanout is an optional opening that makes it easier to access and clear the pipes below your sink drain. Cleanouts often look like “dead ends” in the normal pipe.

The Parts of a Faucet 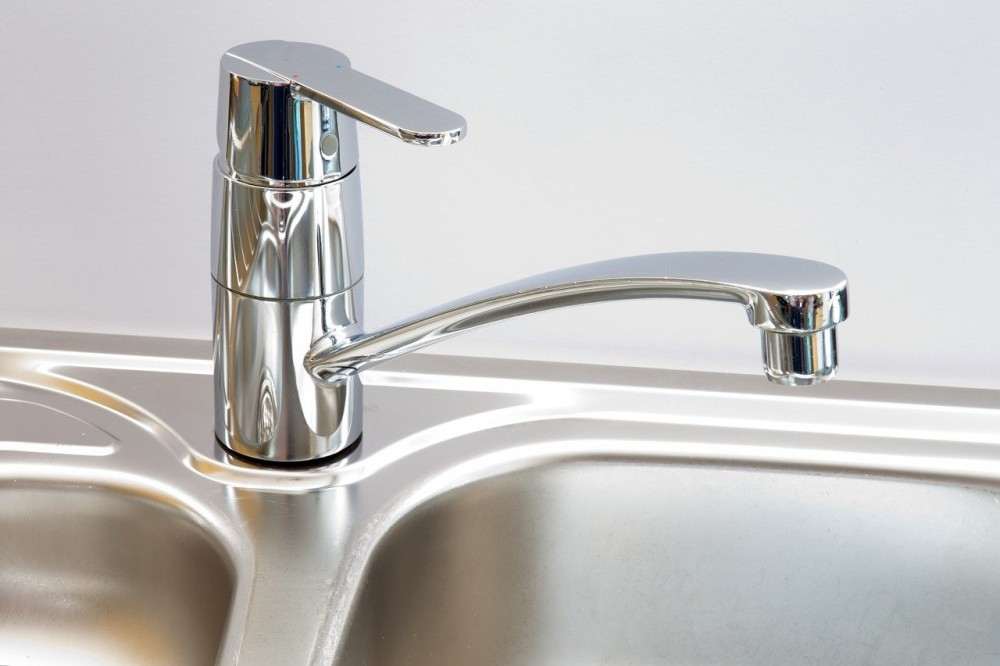 Just like you can’t have a functioning sink without a drain, the standard bathroom or kitchen sink would be much less useful without a faucet. Here are the essential parts of a faucet you’ll find in almost every sink:

The escutcheon is the part of a faucet that covers the point where the basin and faucet meet. This piece gives the sink a clean appearance and hides the faucet’s inner workings, including water supply hook-ups and screws. 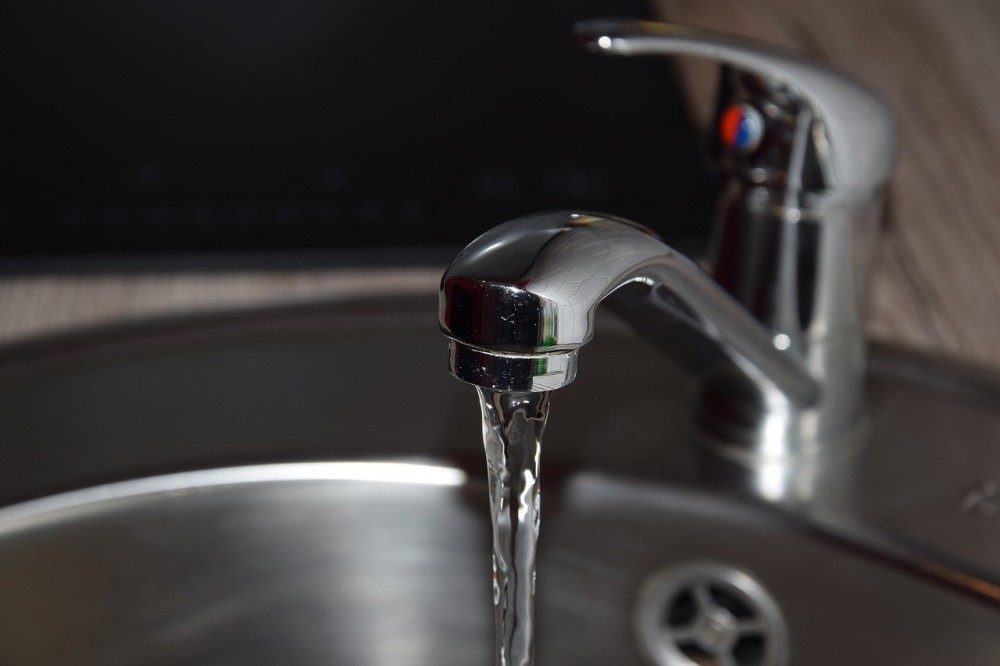 The spout is the part of a faucet that carries water from the plumbing below up to the faucet head. A spout can be long or short. Many sinks feature stylized spouts that are just as decorative as they are functional.

An aerator is a very fine mesh screen located at the end of a faucet head. Aerators are largely used to reduce the rate that water leaves the faucet and can reduce splashing. 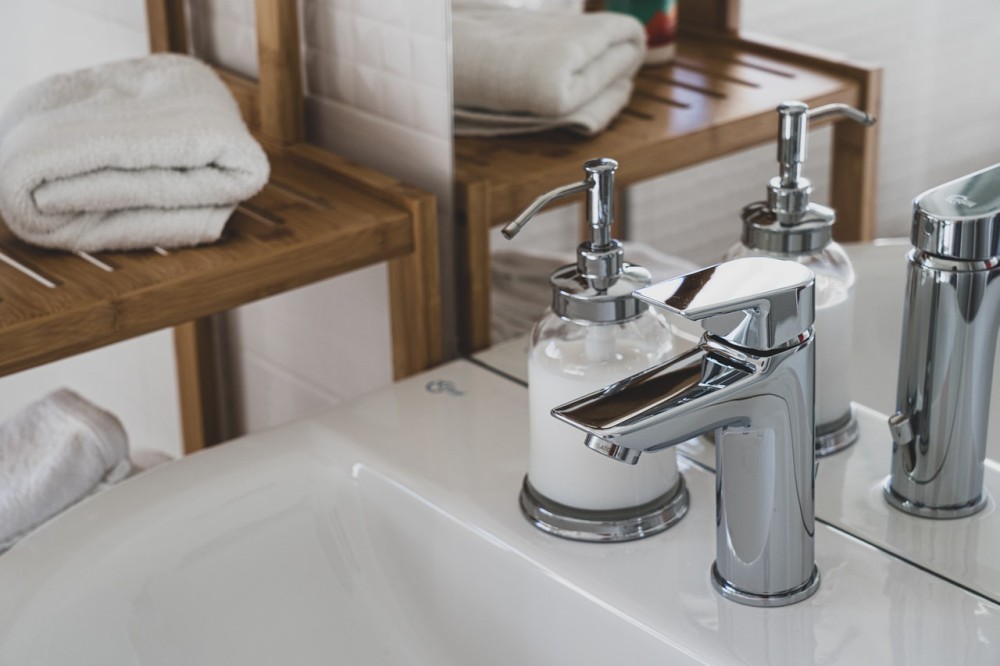 Faucet controls can take on many forms: Handle, knob, lever, and more. These controls are used to control the rate and temperature of the water coming out of the faucet head.

If your sink features a built-in stopper, the faucet controls will likely include a small lever that raises and lowers the stopper.

Optional Parts of a Kitchen Sink 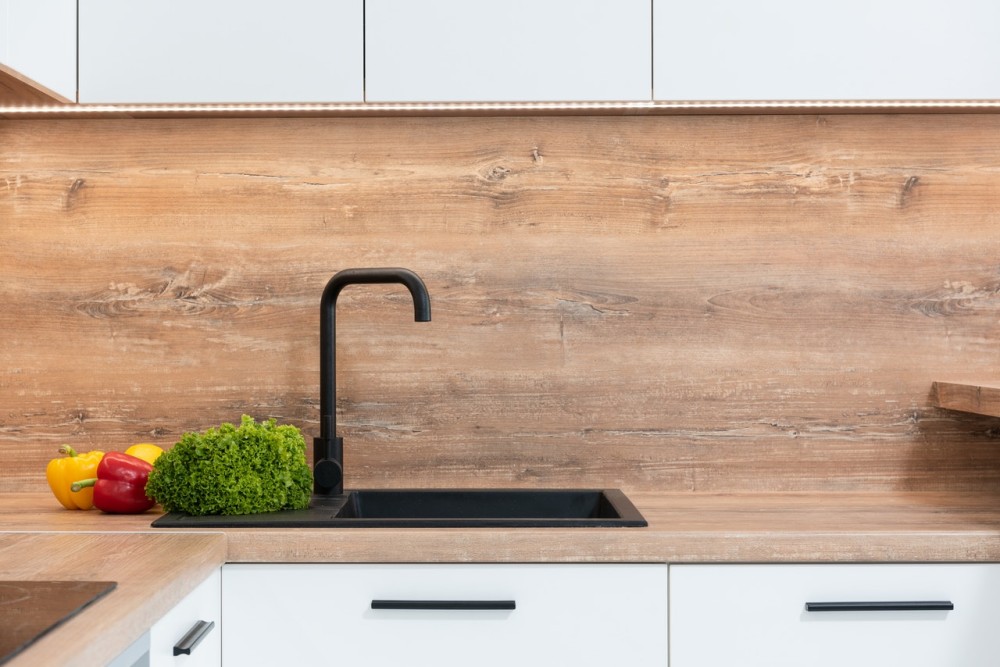 Contemporary kitchens feature a wide range of gadgets and gizmos that make day-to-day life a little easier. And many of these elements are installed as add-ons to the standard kitchen sink.

Anyone who has remodeled a kitchen or bathroom knows how important it is to consolidate plumbing. Most kitchens feature a dishwasher that drains into the existing sink plumbing.

While it’s best to install a dishwasher as close to the kitchen sink as possible, dishwasher drain hoses can be extended as far as 12 feet if necessary. 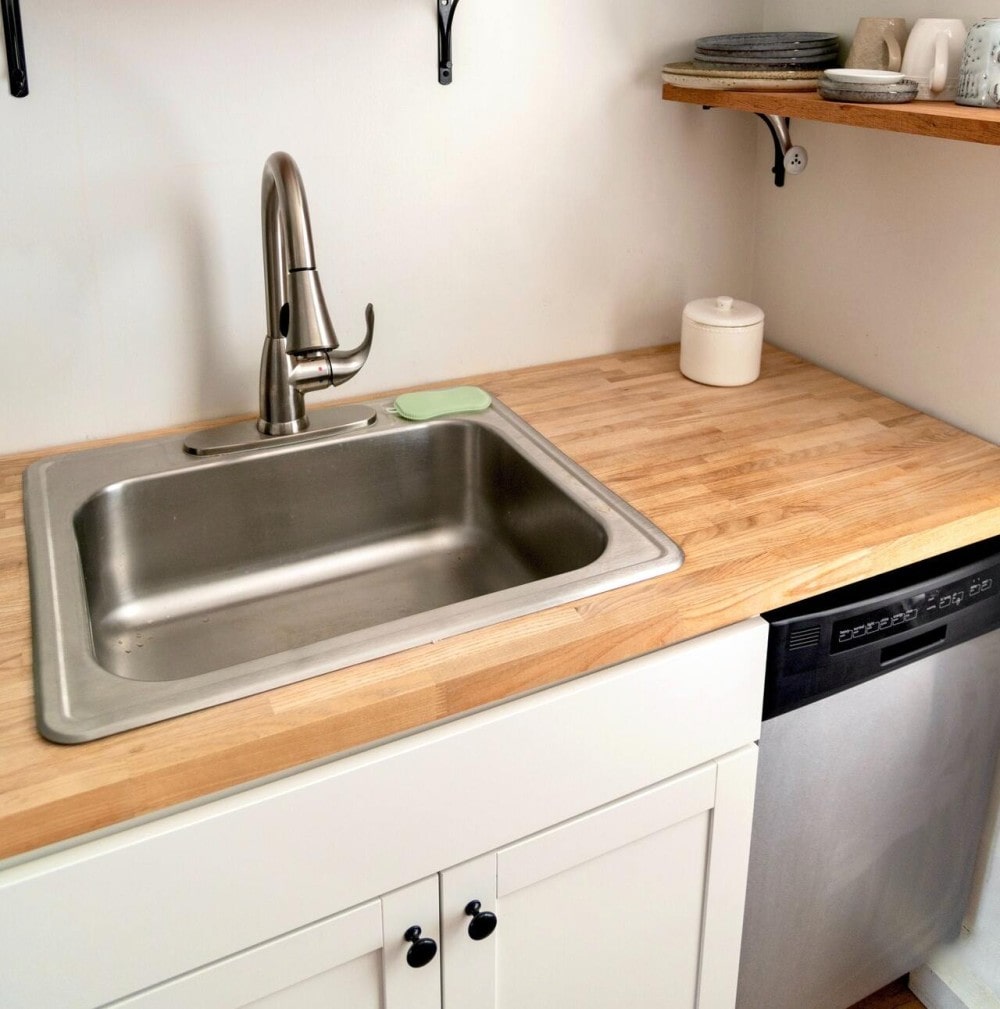 A garbage disposal is a system installed under a kitchen sink that breaks up food scraps and other organic waste so it can be washed down the drain.

Garbage disposals are often installed separately from the kitchen sink as a whole. Almost all sinks can be equipped with garbage disposal if desired.

A sprayer head is an additional water source attached to a flexible hose rather than a stationary faucet. While sprayer heads are typically separate from the main faucet, both units connect to the same water source and cannot be used simultaneously.

Some kitchen sinks feature faucet heads that can be pulled out to reveal a sprayer hose. This two-in-one solution is more compact and aesthetically pleasing than a standalone sprayer.

You don’t need to be an expert plumber to take care of your home. But knowing the various parts of a sink can save you from the stress and confusion caused by everyday problems like drips, leaks, and clogs.

Which sink parts were you already familiar with? Are there any sink parts you didn’t know existed until now? Let us know in the comments below!