If you want to know the parts of a fireplace, you've come to the right article! Despite waning in popularity for several years, fireplaces are once again one of the most sought-after home amenities.

But if you’ve never owned one of your own (or even if you have!), what goes on behind the scenes of the average fireplace is likely a huge mystery.

In this article, we'll highlight eight central parts of a fireplace, eight parts of the fireplace surround, and 11 parts of a chimney that you should be aware of.

The Central Parts of a Fireplace 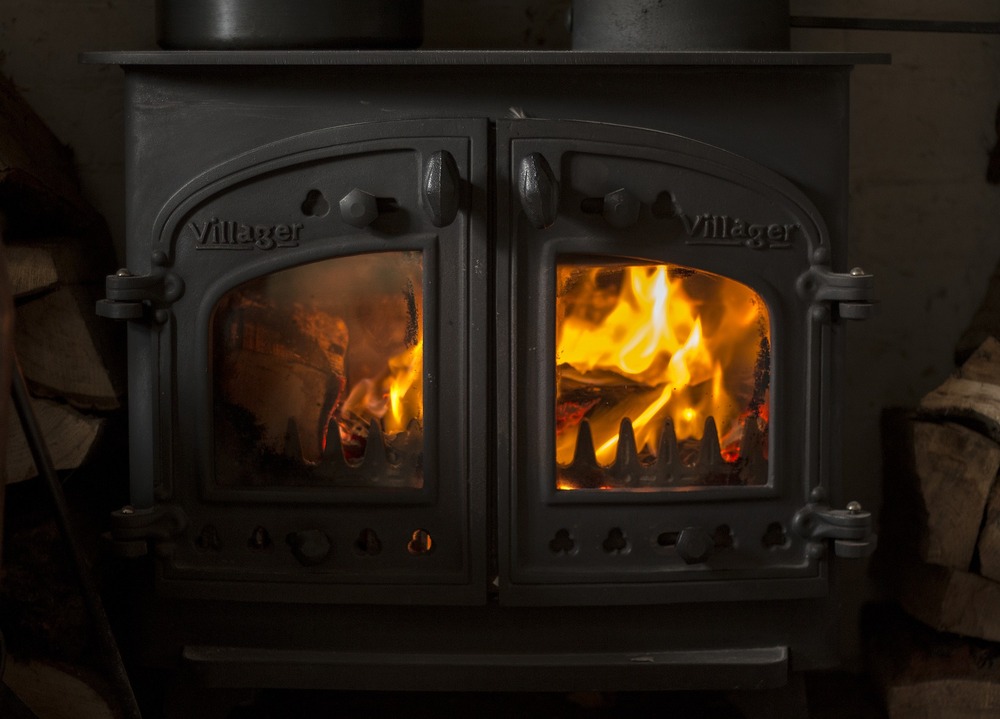 When it comes to fireplace anatomy, the firebox is the star of the show. This is where the flame actually sits. A firebox can be made of a wide range of materials, as long as they are fireproof. Brick, stone, and metal are some of the most popular materials used to make fireboxes.

The firebox typically has two entry/exit points. The first is at the front of the fireplace — where you can see the fire burning inside as you lounge on the sofa or enjoy a warm meal. The second is at the very top of the firebox and connects to the chimney above. 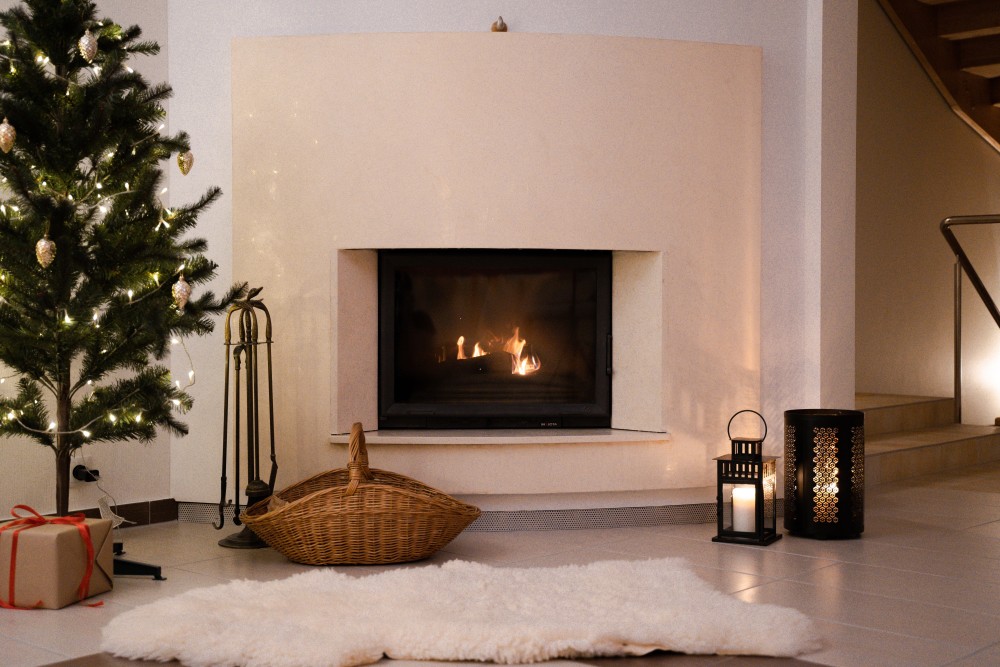 In the case of gas and electric fireplaces, the firebox is commonly called an insert. The use of the term insert implies that the unit is pre-built before installation, as is the case with almost all non-wood fireplaces.

However, there are many wood-burning fireplaces that rely on pre-built inserts as well. A fireplace insert may or may not connect to a traditional chimney. It all depends on the type of fuel being used. 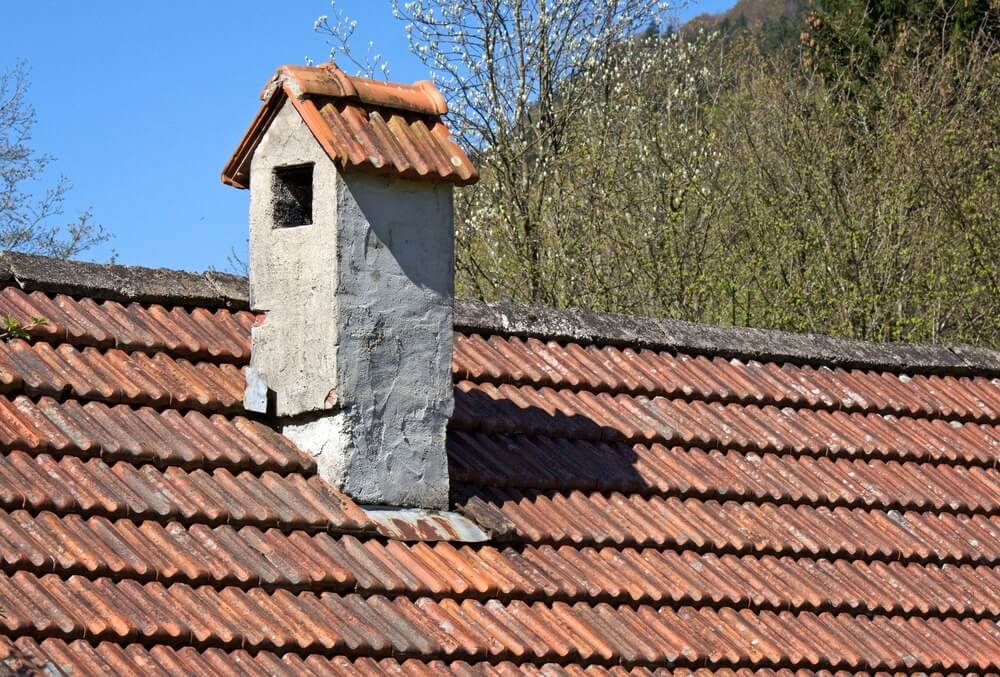 The chimney is essential to the function and safety of a fireplace. This structure connects to the firebox, drawing out smoke, fumes, odors, and excess heat to the outdoors.

Despite their importance, only some fireplaces rely on regular chimneys. The most common exceptions are modern gas fireplaces. Many gas fireplaces utilize a special ventilation system instead of a traditional chimney.

Some gas models vent to the outdoors — just like a wood-burning fireplace. Meanwhile, others vent to the interior living space or do not include a ventilation system at all. 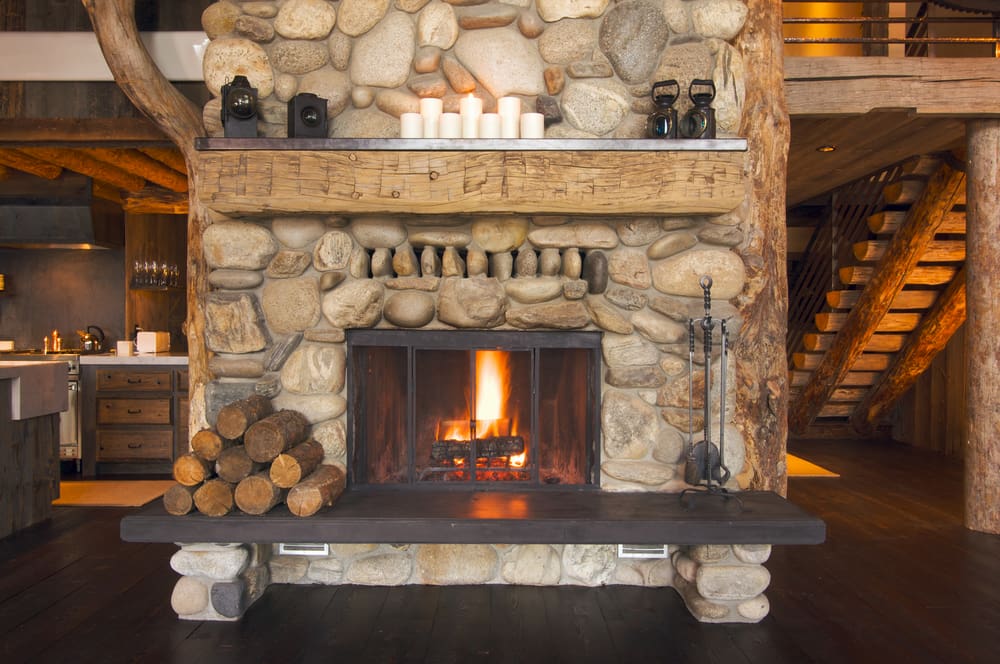 Some people refer to these elements as the inner- and outer-hearth to avoid confusion. 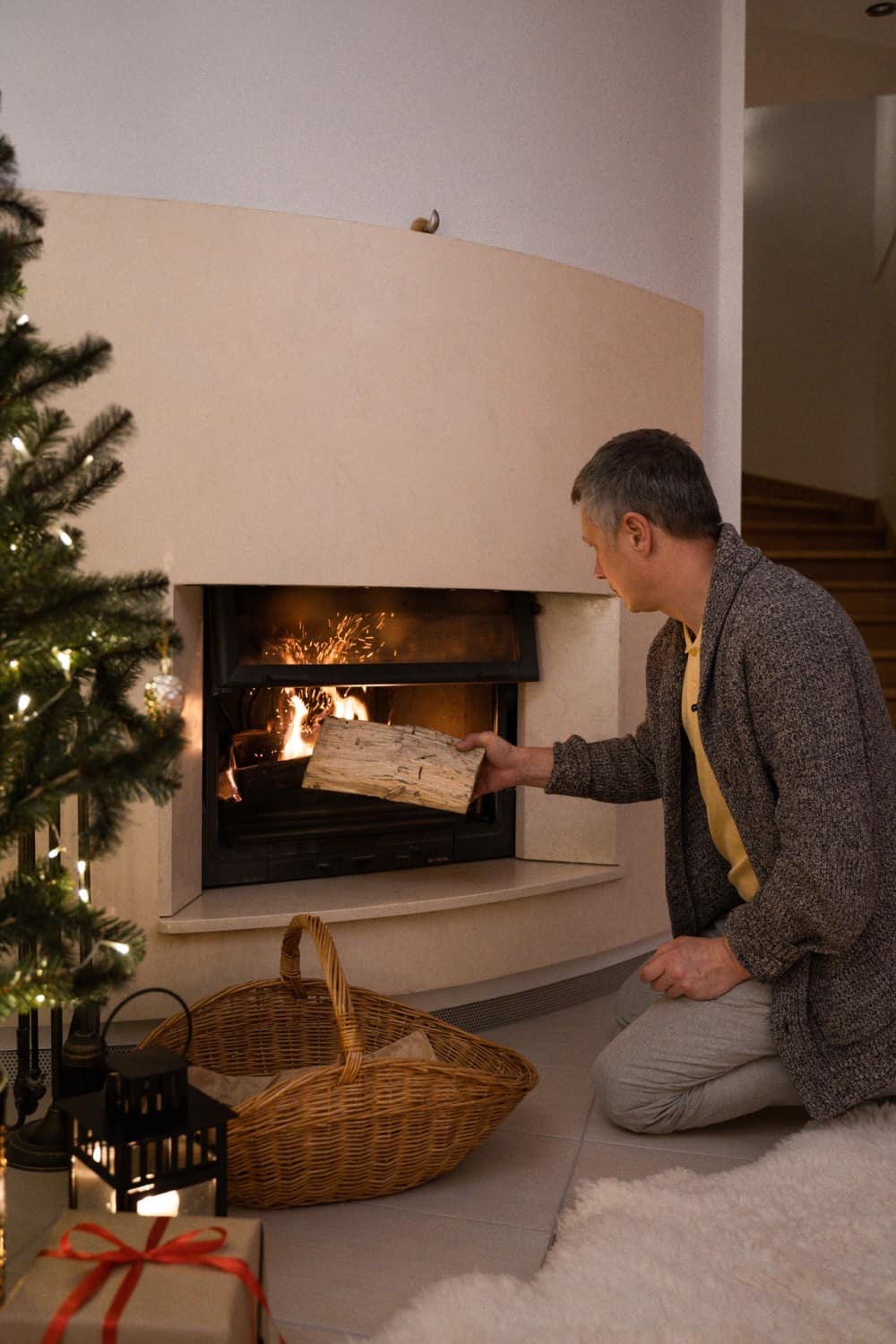 You can’t have a flame without fuel!

Many owners of gas and electric models opt to place a faux stack of logs inside to mimic the look of a wood-burning fireplace. This decision is purely aesthetic-based and has no impact on how the fireplace works! 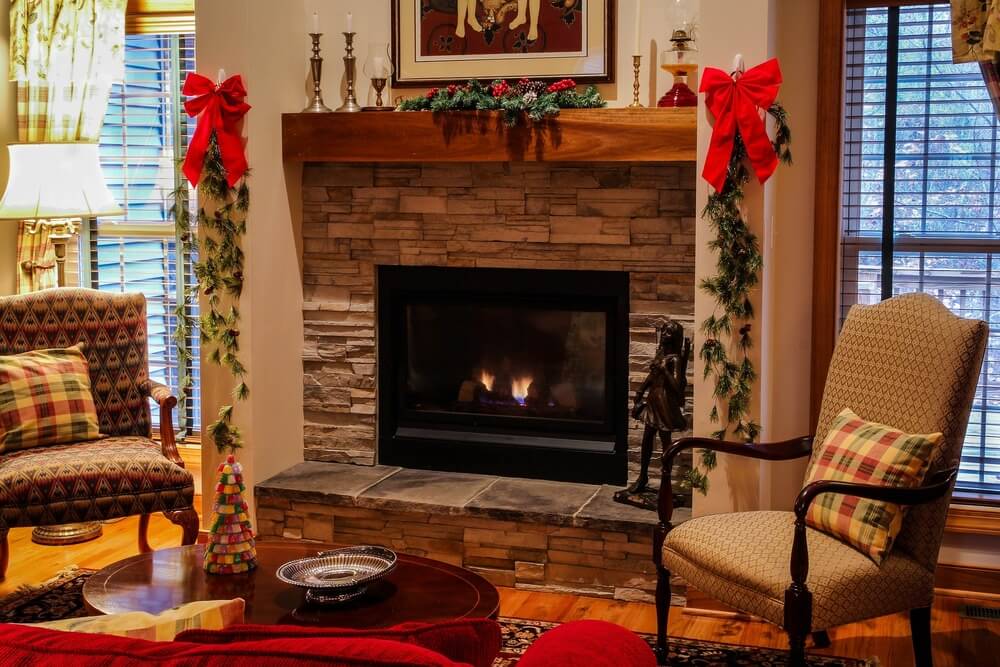 Fireplaces, especially those in residential buildings, often feature safety glass or screens. These elements may or may not be easily removed — many gas and electric inserts include permanent glass panels. 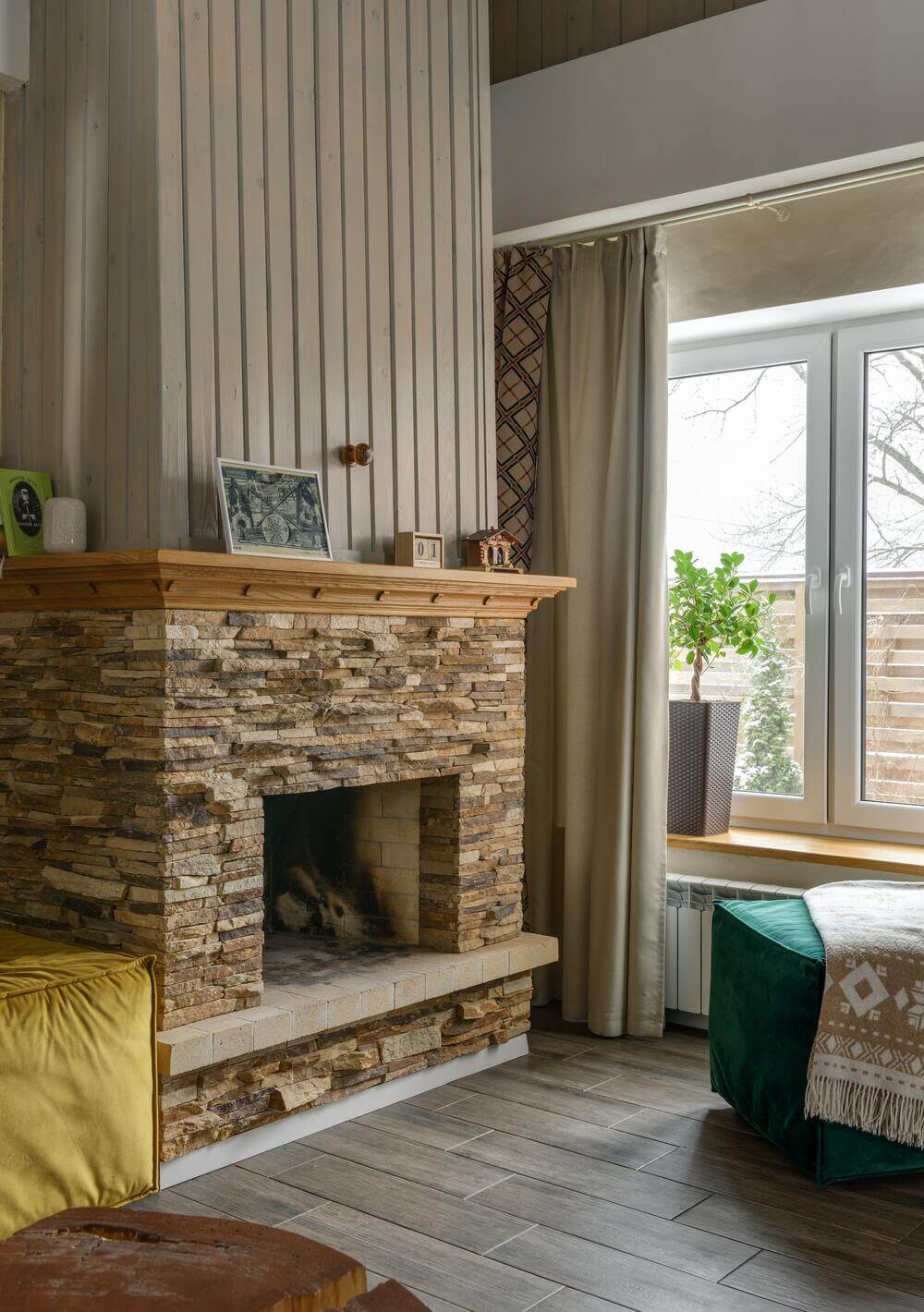 A fireplace surround is the entire structure around the firebox/insert and its individual parts. Fireplace surrounds contain many different parts of their own. There are also countless styles of surround to choose from, some of which include different elements than others.

The Parts of a Fireplace Surround 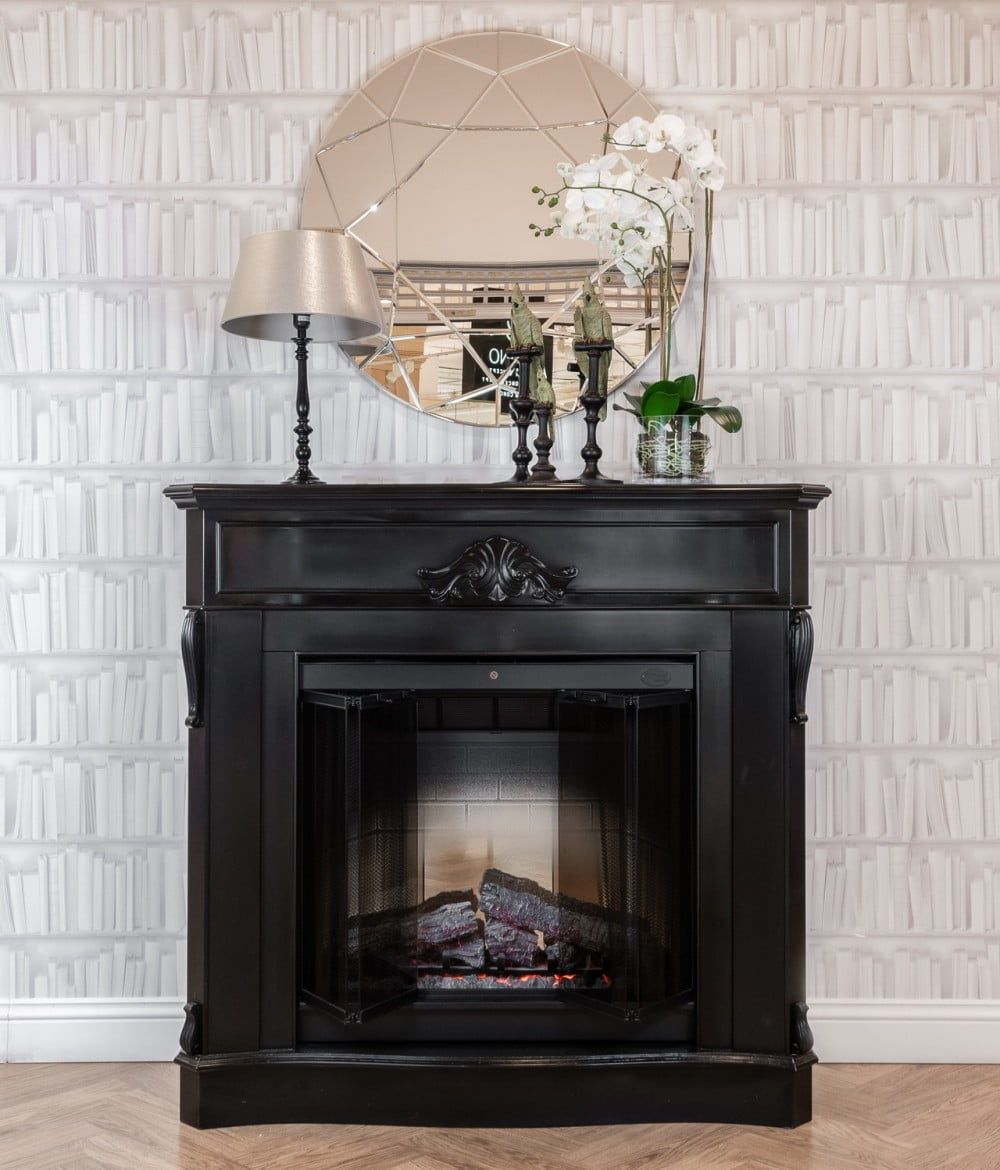 The back panel is essentially a piece of trim that bridges the gap between the firebox or insert and the rest of the surround. Back panels are often made of decorative stone or tile. 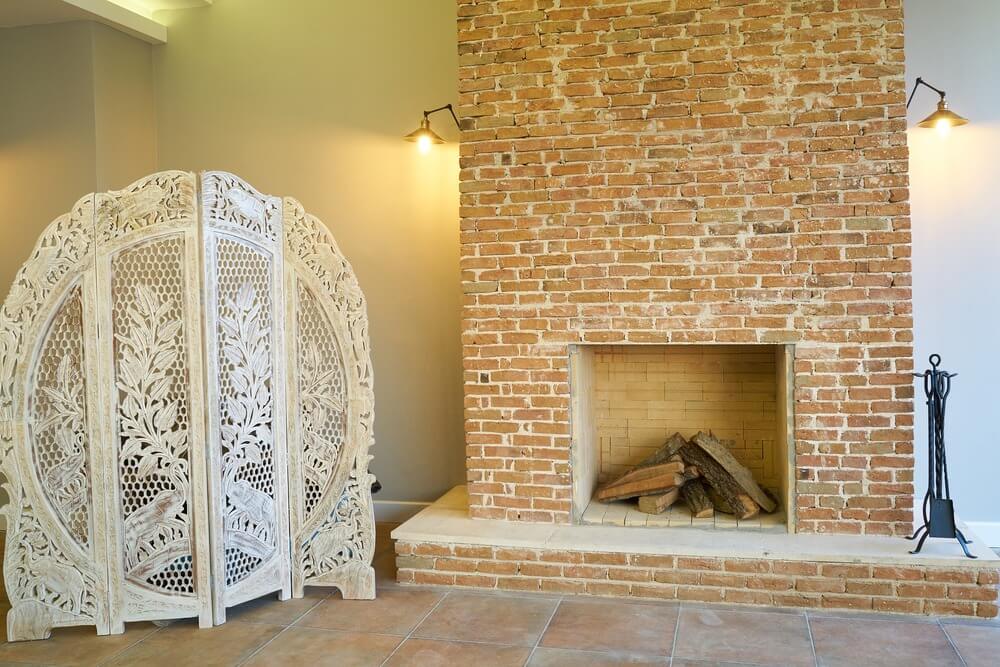 The part of a fireplace surround most people are familiar with is the mantel! Mantels were originally used to prevent heat and smoke from rising out of the fireplace and into the adjacent living area.

But today they are primarily decorative. Many mantels are designed to double as display shelves. The mantel is an incredibly popular place to arrange holiday decor, family photos, and other small items. 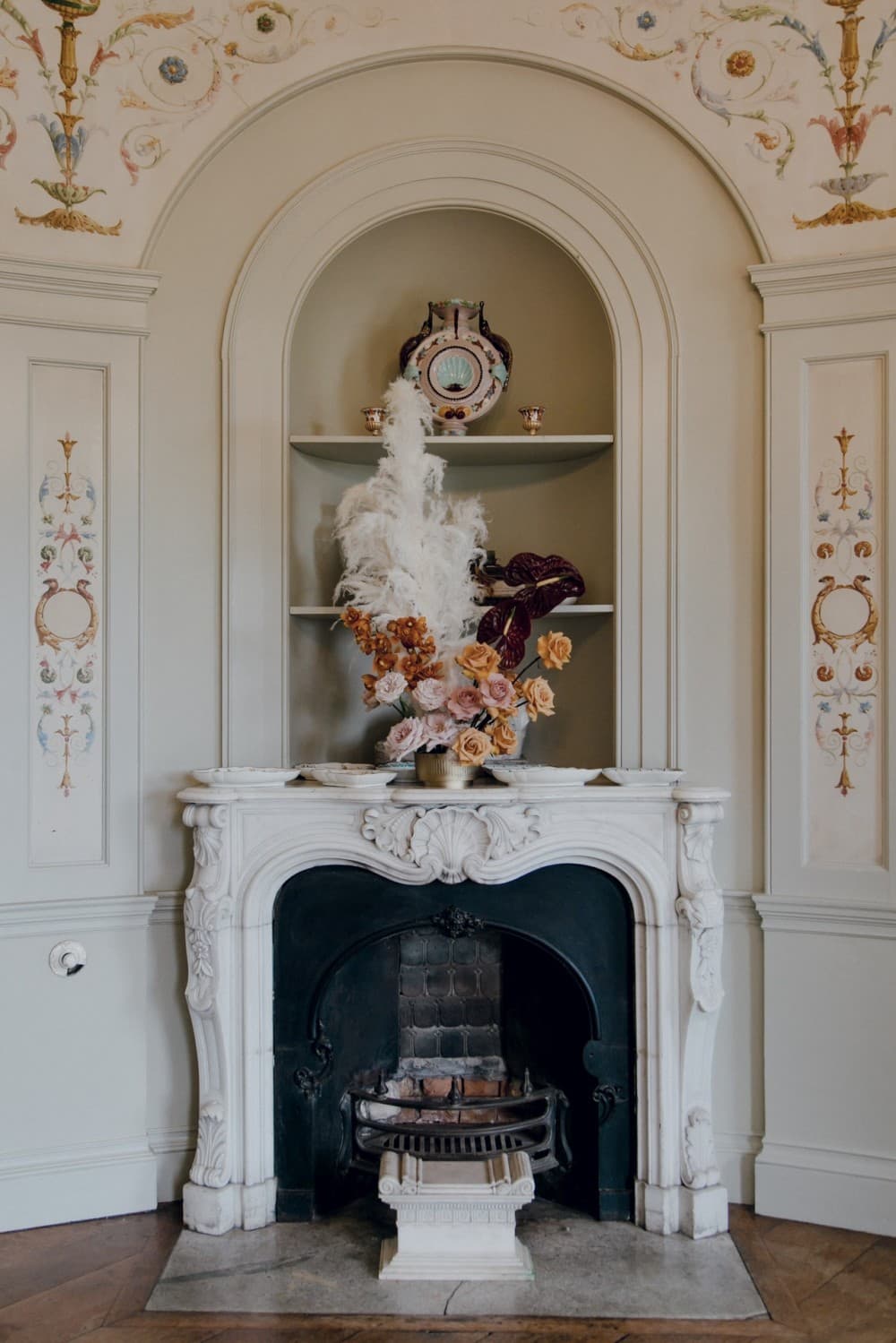 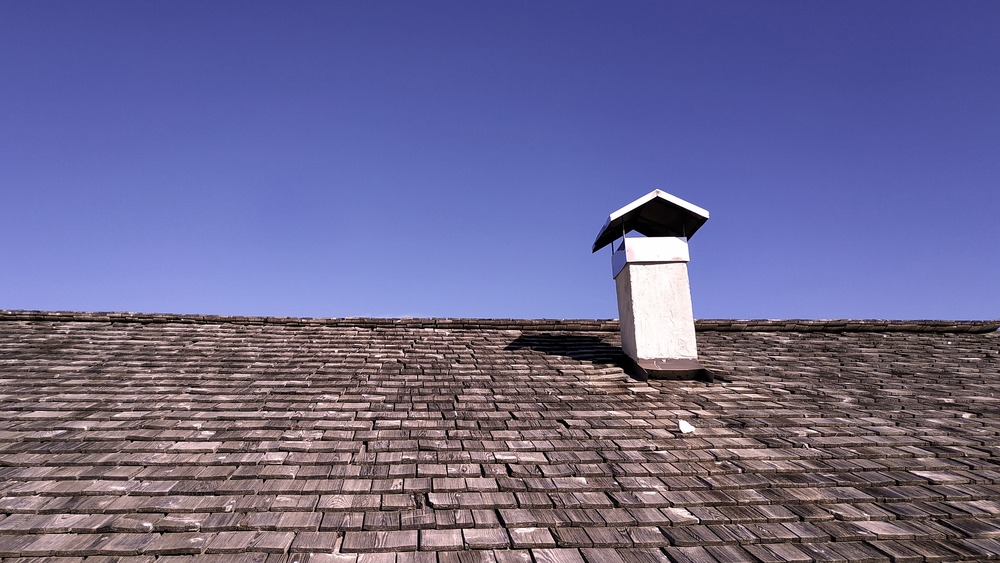 If your fireplace includes a piece of ornate trim where the overmantel meets the ceiling, that is called the crown. 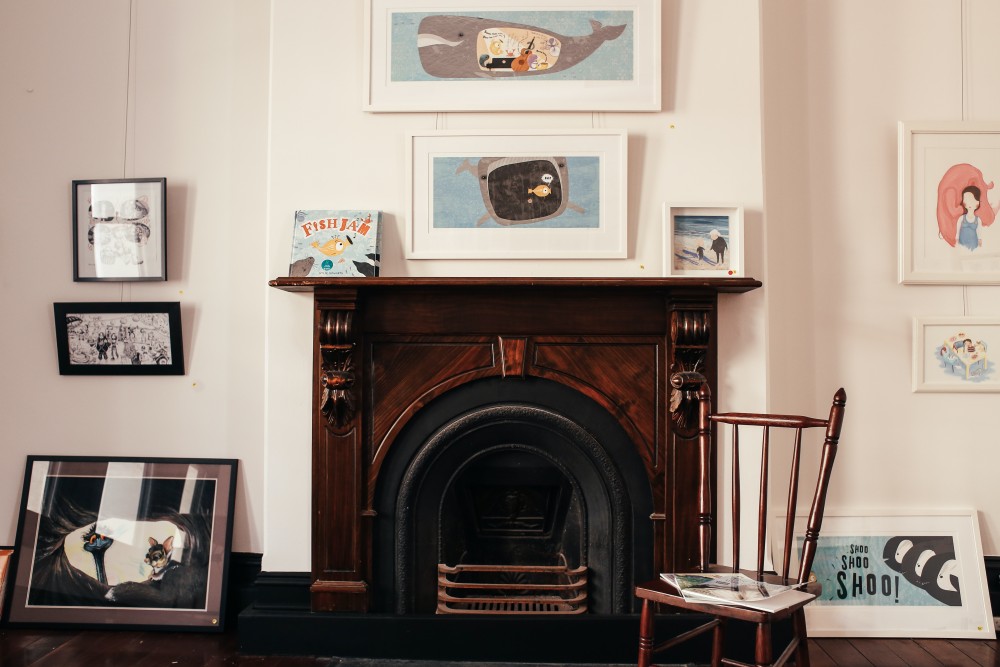 Many mantels feature bracing supports at each end. These are called corbels. Corbels are both structural and decorative. However, with the popularity of “floating” mantel shelves in contemporary design, they’re far less common today than they once were.

The apron is the horizontal part of a surround located between the bottom of the mantel and the top of the back panel. 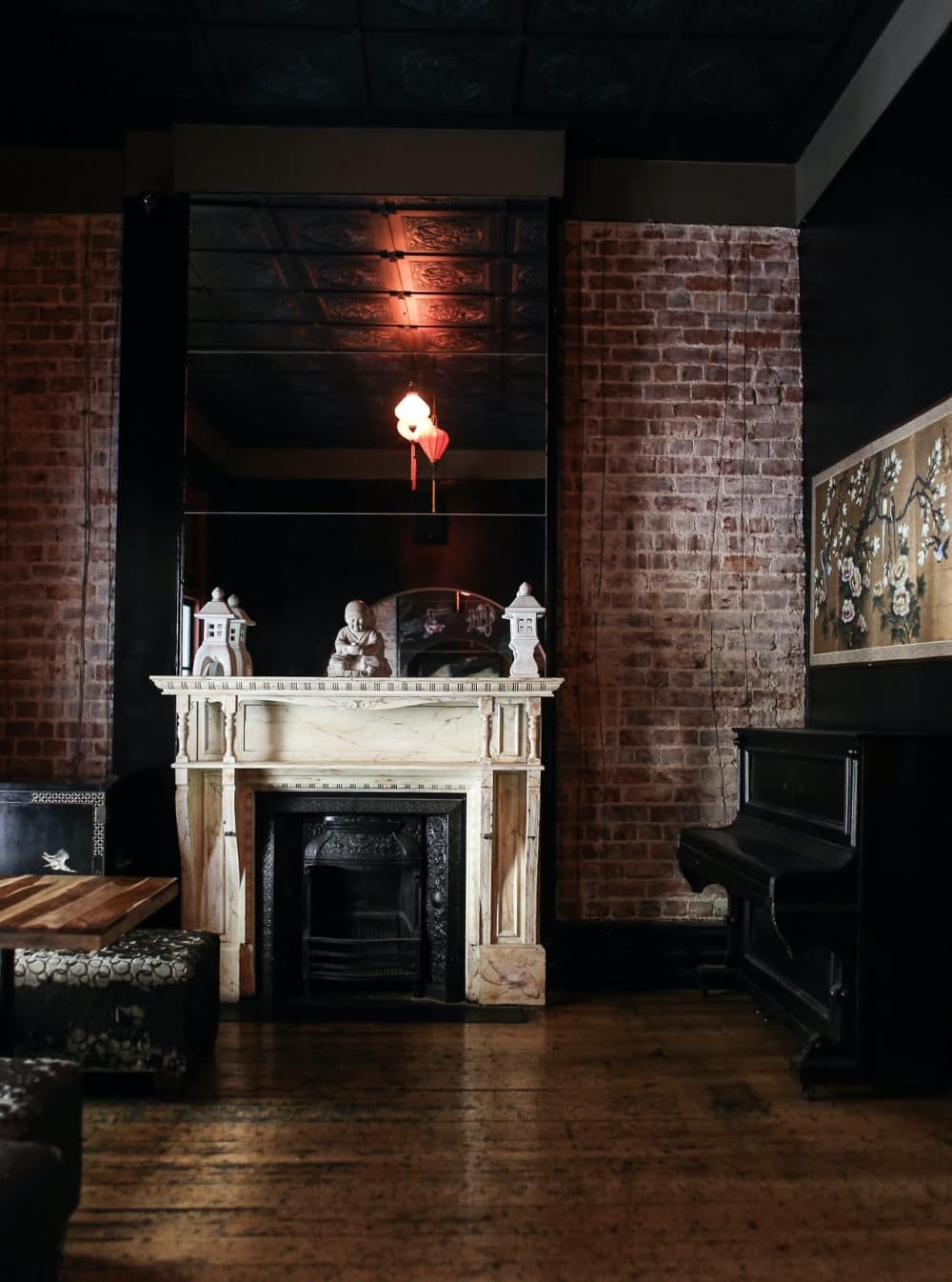 Mantel supports that reach all the way to the floor are called legs. Legs may be present with or without corbels, and vice-versa. Typically, the legs consist of the same materials and overall style as the mantelpiece. 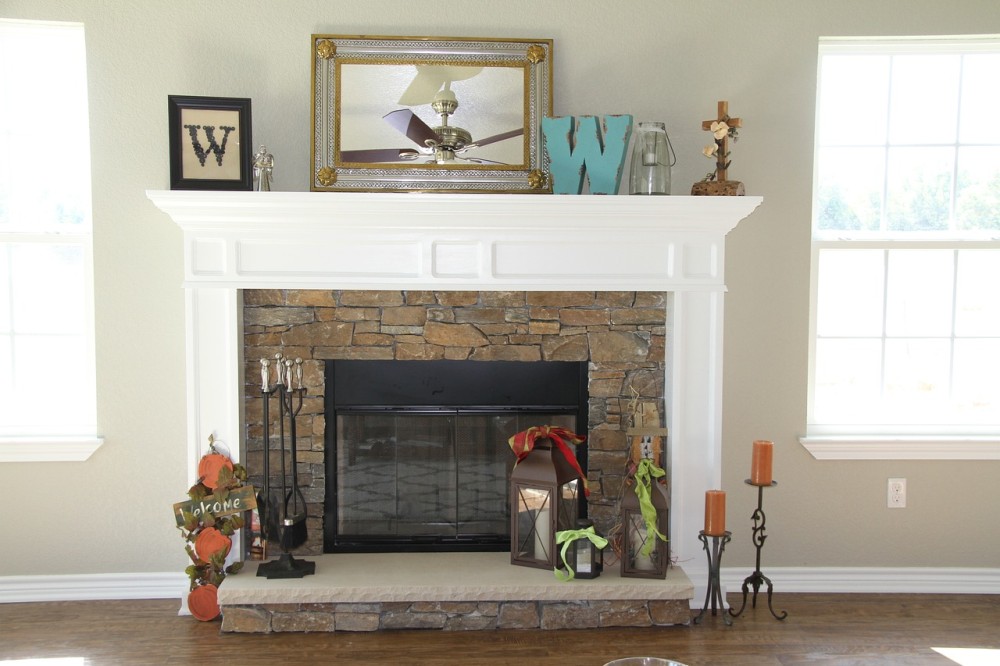 Some fireplace surrounds feature a hearth extension that reaches several feet past the hearth itself. Hearth extensions often boast ornate tile work and may protect the surrounding floor from stray embers and other damage.

The Parts of a Chimney

The opening at the top of a firebox that connects to the chimney is called a throat. The throat is specifically designed to increase draft, drawing smoke, odors, and more up into the chimney.

The damper allows the chimney throat to be opened and closed with ease. Your chimney damper should always be fully open while the fireplace is in use. When the fireplace is not lit, however, it should be closed to prevent drafts and wildlife from entering your home!

Directly past the damper is something called a smoke shelf. This structure juts out from the back of the chimney and, as the name implies, forms a small shelf.

The smoke shelf exists to catch debris that may have fallen through the top of the chimney. It also doubles as an extra barrier to keep smoke from blowing back into the firebox.

The smoke chamber is a segment of a chimney that condenses hot air and directs it up the flue. It’s crucial for a smoke chamber to narrow at the correct rate and to be as smooth as possible.

Rough surfaces inside a smoke chamber can impede the flow of smoke up and out of the firebox. (If smoke can’t go up the chimney, the only other place for it to go is inside your home).

Maintaining your smoke chamber is essential to a safe fireplace. 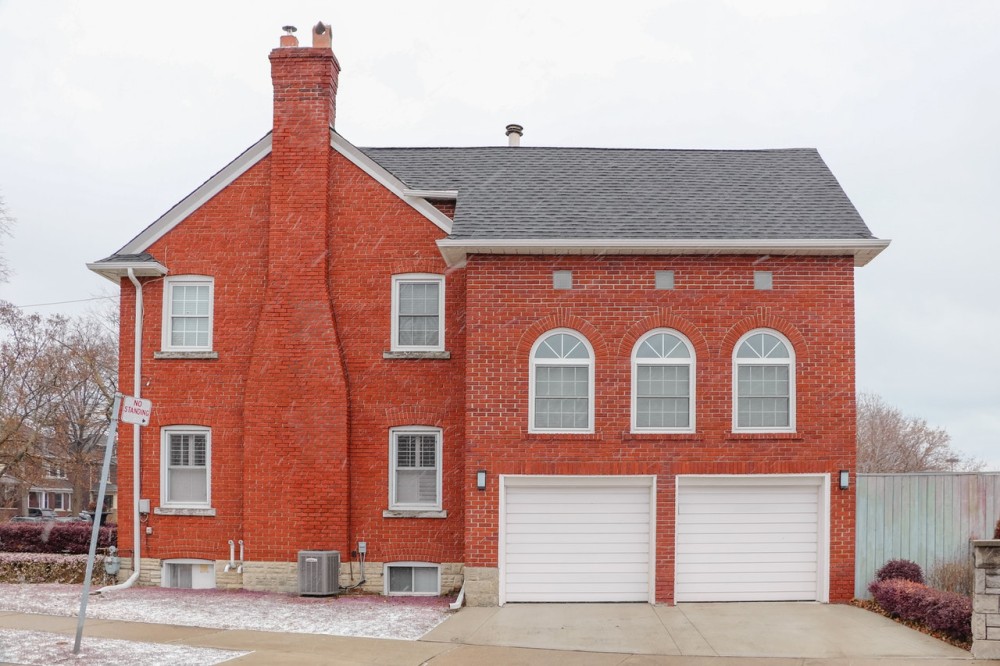 The flue is the internal channel that carries smoke and other contaminants out of the firebox and up to the home’s exterior. Most flues are hidden by masonry brick or another protective and decorative covering. 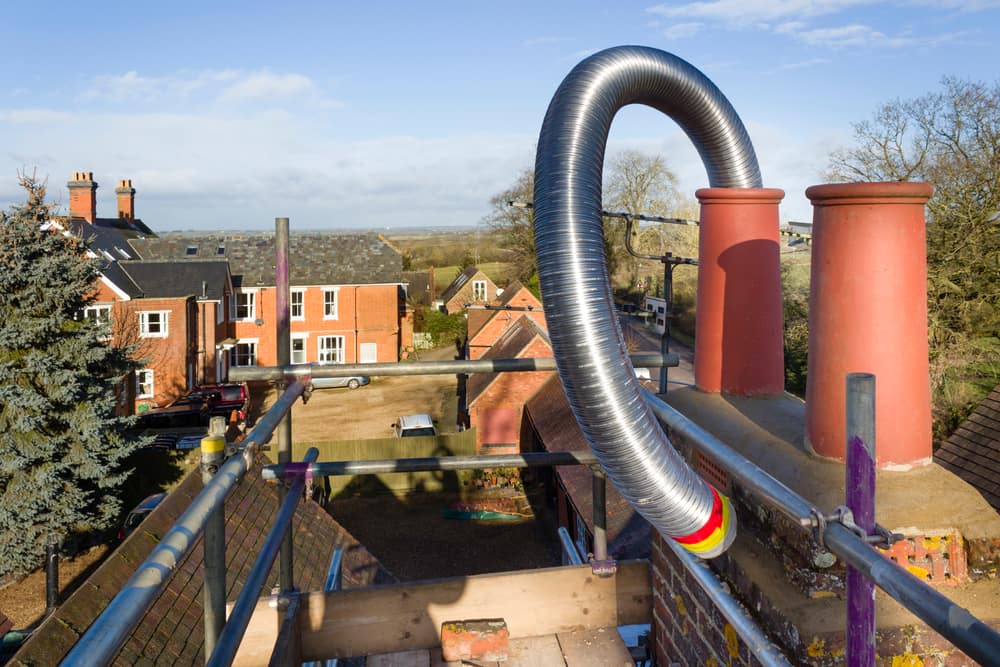 Each flue contains a fireproof liner inside. Of course, the job of this liner is to protect the surrounding structure from the hot air and embers inside the flue. Most chimney liners are made of heat-resistant tile, stainless steel, or aluminum. 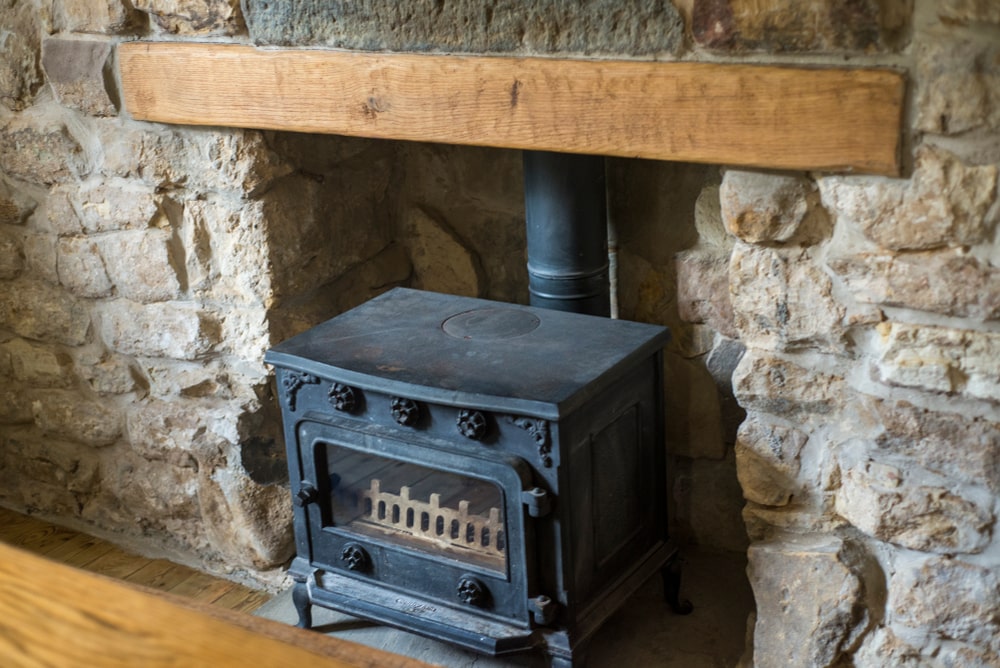 A lintel is a structural, horizontal beam located above the fireplace opening that supports the weight of the chimney above. This beam is often hidden behind the mantel or surround header. 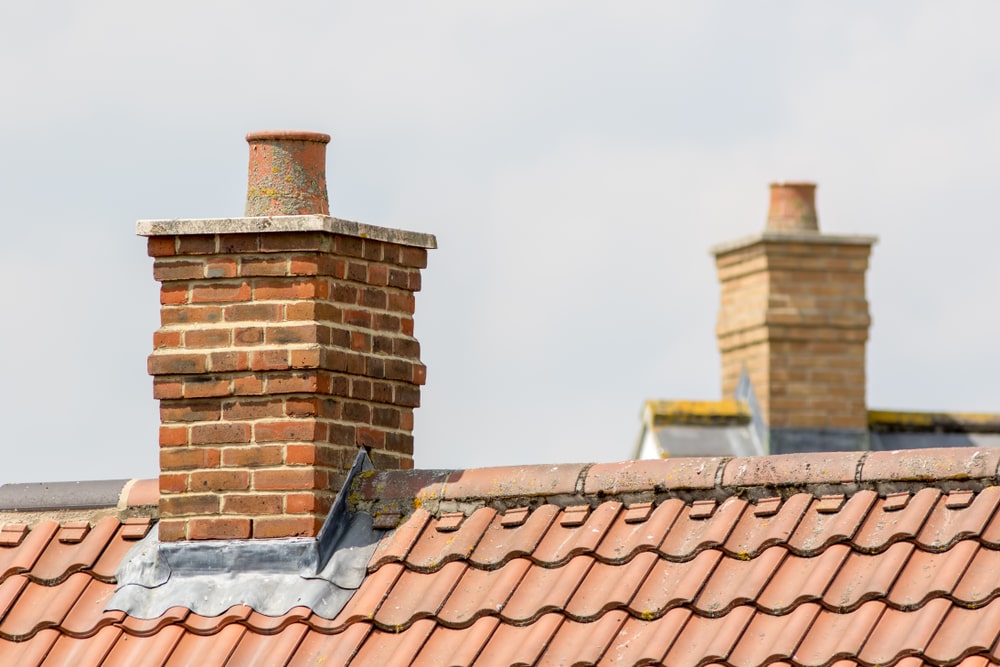 The stack is the part of a chimney that projects above a roof. You can see most home chimney stacks from the street. While chimney stacks are functional, they are also frequently used as architectural elements. Some homes even feature faux chimney stacks. 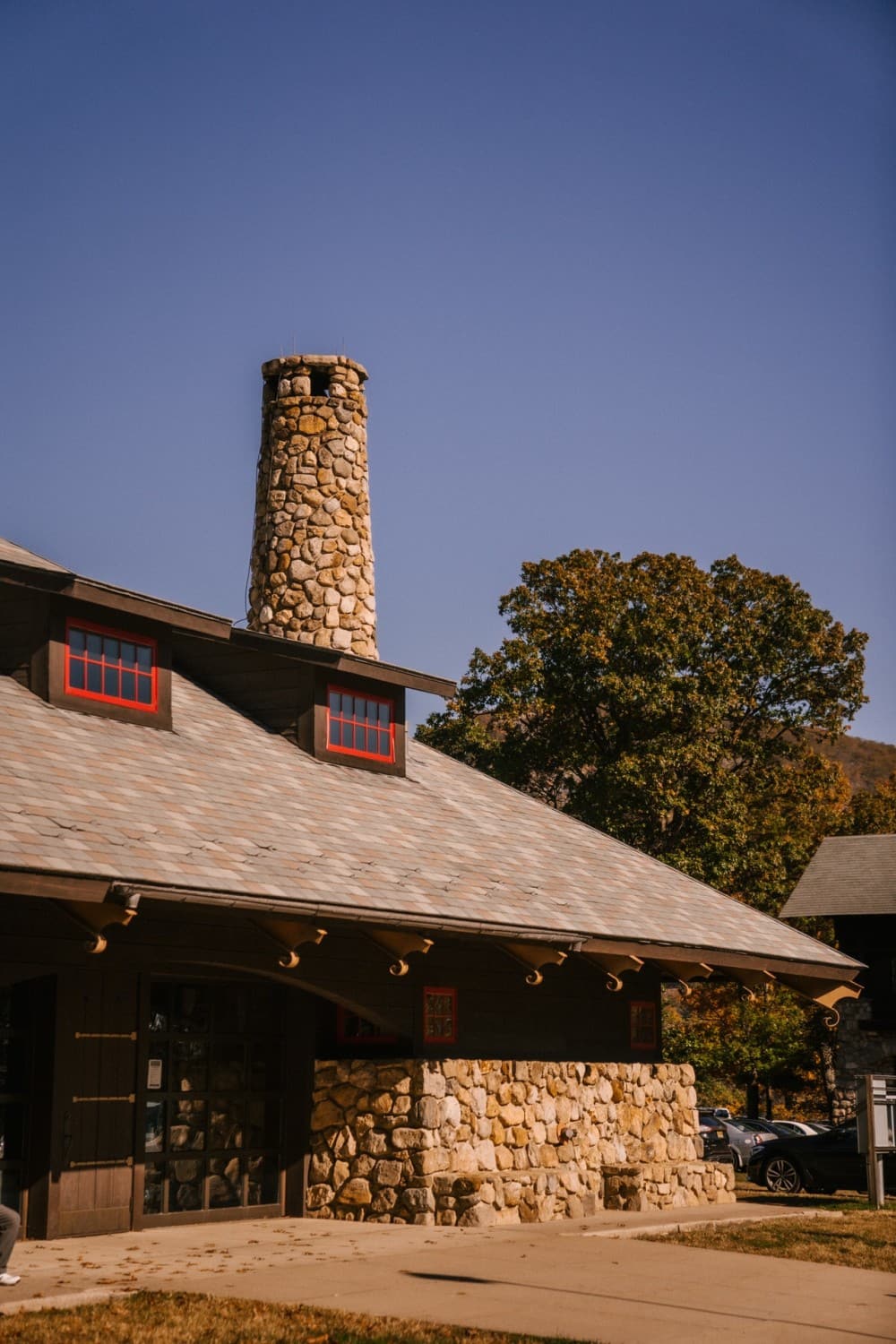 A crown is a concrete slab that covers the top of a chimney stack. The main function of a chimney crown is to protect the masonry and internal structure from water damage.

The flue extends past the crown. If it didn’t, hazardous fumes, hot air, and smoke would be trapped inside the house. 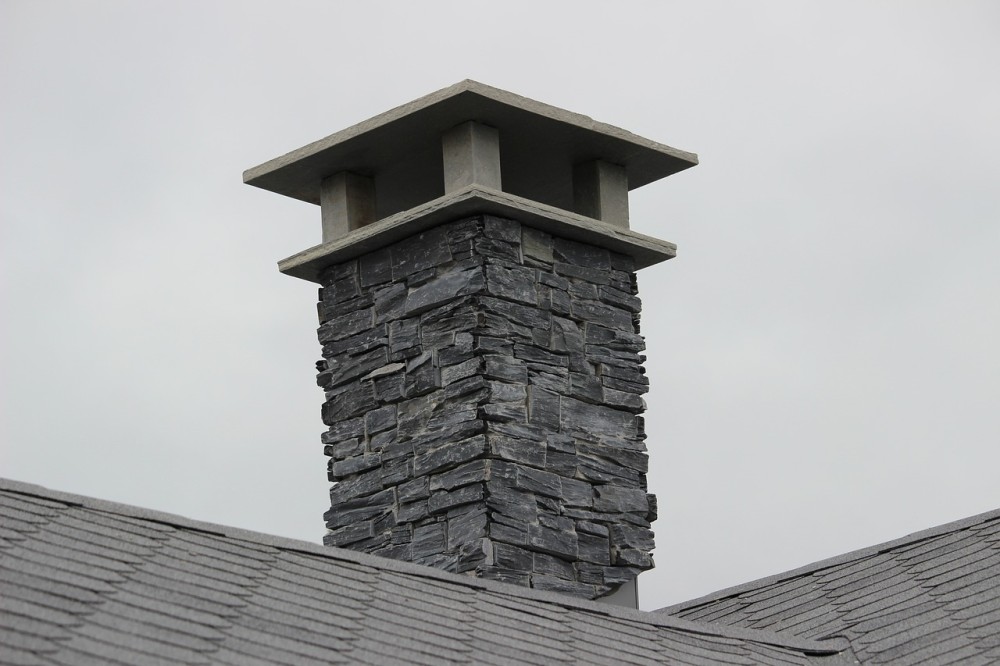 To keep water, debris, and wildlife out of the flue itself, a chimney cap is used. A chimney cap is a removable structure — typically made of metal — that fits over the flue end without blocking off ventilation.

Installing a chimney cap isn’t just convenient. Keeping debris and critters out of your flue is essential to preventing clogs that could cause a potential fire! 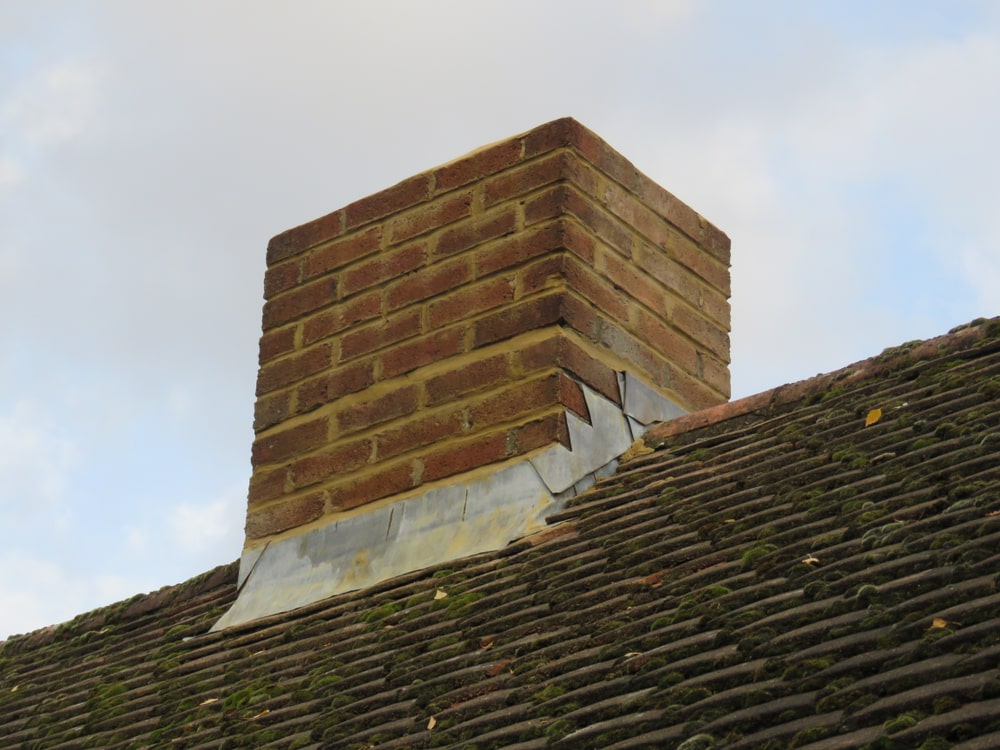 Flashing is installed at the joint between the roof and the chimney stack. It is often made of sheet metal or heavy-duty plastic.

Flashing prevents water from seeping between the chimney and the adjacent roof surface. Missing or improperly installed flashing will leave your roof vulnerable to leaks.

From the outside, a fireplace may seem simple. Once you take a look inside, however, it becomes abundantly clear just how complex these structures really are!

Don’t let the sheer number of parts in your average fireplace scare you off the idea of owning one yourself. Fireplaces have been around for centuries, and that time has allowed for the creation of a structure that is both safe and convenient for today’s homeowners.