Every home will have at least one locking doorknob. It’s a key part of keeping yourself and others safe, so it’s best to keep your doorknobs working as they should.

Everything breaks over time and will require repairing or replacing, and a broken doorknob will need to be replaced quickly.

Whether you’re looking for a temporary fix until you can replace the doorknob, or you’d like to repair the doorknob yourself, you need to know all the parts of a cylindrical lock so you can fix your doorknob.

We’ll explain cylindrical locks and cover all the parts you need to know to repair them yourself.

What Is A Cylindrical Lock?

A cylindrical lock is a locking doorknob that goes through the door. The latch inside the lock can be turned from both sides, or if it’s locked, it can’t be turned from either side.

Cylindrical locks are frequently used with rounded doorknobs, but handles can also use this type of locking mechanism. 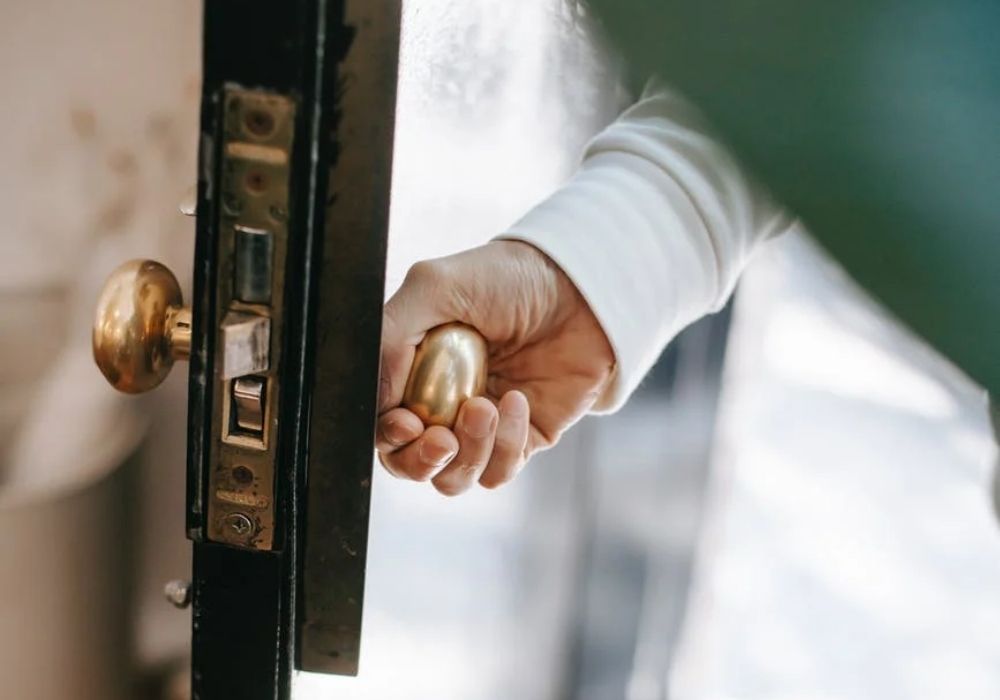 This type of lock is most often used in residential and commercial buildings. They’re easy to install because you only need a hole drilled out for the knob and then screw it into the wood to keep it secure.

The doorknob lock is what you find in homes and offices. It has a shorter latch which can usually be forced open by maneuvering a flat object beside the latch and forcing it back.

23 Parts Of A Cylindrical Lock You Probably Don't Know One type of bolt, or latch, is a spring bolt that locks automatically once a door is closed, which is often found in commercial or office buildings.

The other type of latch is a deadbolt used in residential and commercial buildings that don’t use automatic locking doorknobs. The latch assembly is the mechanism that makes the latch move back and forth. The bolt is spring-loaded and will remain outward because of the spring inside.

Turning the knob makes the spring pull the bolt back, and it releases it once you let go of the knob. The spindle is a squared rod that goes through the center of the doorknob and connects to each side.

It turns as you turn the knob and begins the motion of moving the latch assembly and the latch itself. The spindle can wear down over time if the doorknob is used frequently, so it may need to be replaced at some point. The spring clip is the spring in the latch assembly. The box isn’t necessarily part of the cylindrical lock itself, but it is necessary for it to work. The box is the hole in the side of the doorframe that the latch goes into to keep your door closed. 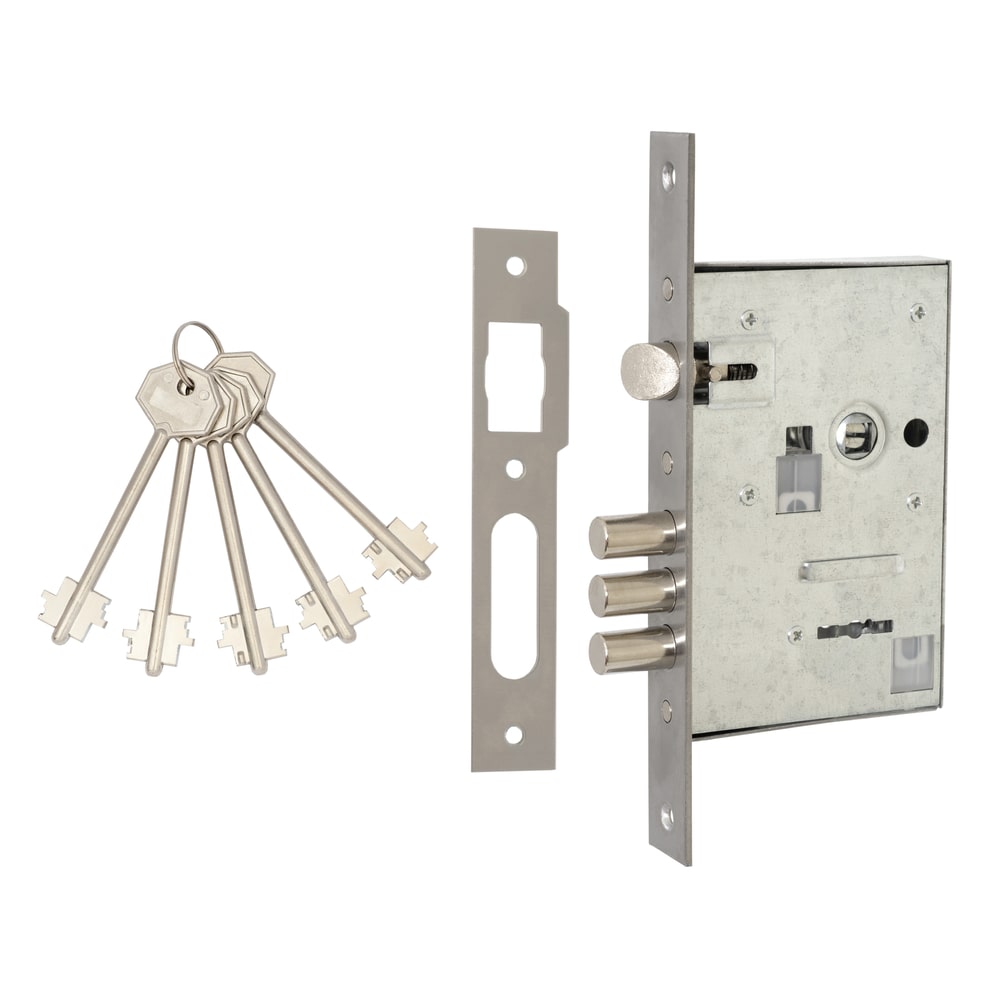 The metal piece on the side of the door that goes around the latch is the faceplate. It lines up with the strike plate, makes the door easy to open and close, and protects the wood. Like the faceplate, the strike plate is the metal piece that goes around the box and is screwed into the door plate. It reinforces the box to prevent the door from being forced open, which protects the wood of the doorframe. 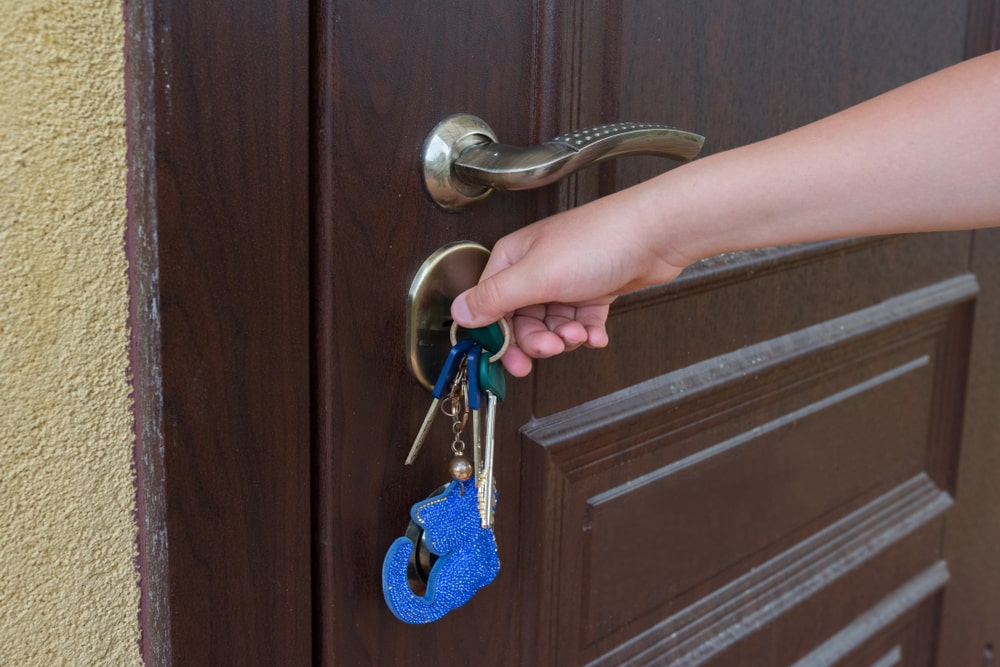 The cylinder is the main part of the cylindrical lock and holds the parts of the doorknob that actually locks. The cylinder is what you put a key into when you insert it into the knob. The cotter pin is the piece that will unlock the door. Once a spring applies pressure to it, the cotter pin will line up with the grooves in the key.

Once it’s lined up, the key can turn and unlock the door by causing the cotter pin to move the rotor.

The cylinder case is where the locking mechanism is housed. 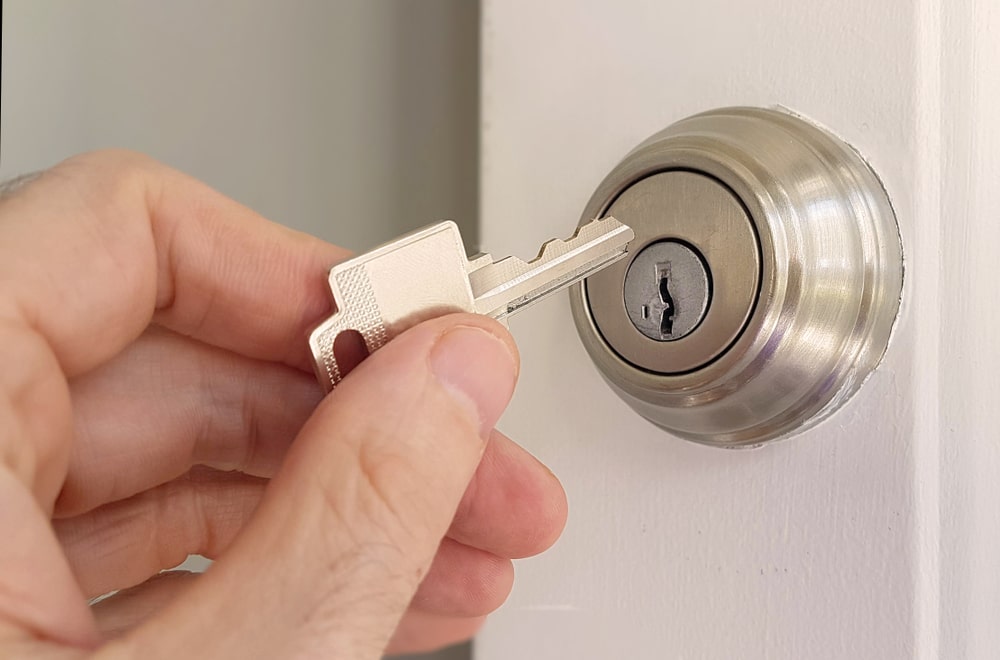 The rotor turns and unlocks the door once the correct key is inserted. The turning rotor releases the bolt, which allows the door to open. The spring is a metal coil that places pressure on the cotter pin to prevent it from moving the rotor. It allows the rotor to move once the key lines up with the cotter pin. The stator is a piece inside the cylinder near the rotor and cotter pins. It’s a non-moving part that essentially holds everything together. You likely won’t need to replace this piece. Cylindrical locks usually come with a doorknob or handle. A handle can be moved upward or downward to turn and open the door while a knob is twisted to either side.

It’s common for residential doors to have knobs, but if you or someone else has limited mobility in the hands, a handle will be easier to use. Exterior knobs exposed to the elements can freeze or have dirt buildup, requiring you to clean out keyways or use a de-icer to open them.

The interior knob is the one inside of the room that will allow you to lock the door. These aren’t susceptible to freezing, but they can become dirty over time. The keyway, or keyhole, is where you insert the key into the lock. Interior doors inside homes and commercial buildings may have a lock button instead of a keyway. This style of a doorknob has a button that you press that will lock the door.

Pressing it again will unlock it. It works the same way as a key would unlock a knob, but it doesn’t require a key. Another style is a thumb turn. A thumb turn is a piece you twist one way to lock the door and the other way to unlock it. The rosette is sometimes called the rose or trim of the doorknob. It’s the round piece that fits around the doorknob and gives it a finished look.

They cover the hole surrounding the lock, and they have holes to place screws to secure the knob to the door. Some doorknobs use a mounting plate to raise the rosette to hide the screws. This piece isn’t usually necessary, but this will depend on the model of doorknob you have. The shank is the stem of the doorknob that connects the knob to the door. The rosette will go around the shank, and the shank connects to the spindle. The shank on the side of the doorknob with the keyway will have a small rectangular slot that keeps a doorknob in place.

If you need to disassemble your doorknob but can’t find any screws, this slot is how you will take it apart. If you can’t find the slot, turning the knob should reveal it.