Bamboo fencing is a popular choice among homeowners these days. It's often used to make a yard look more interesting or to make a home stand out. It adds a touch of elegance, especially around outdoor seating areas and pools.

Is bamboo worth the investment? It depends on your dedication to its upkeep. Bamboo requires a bit more TLC than other fences, but if you're willing to put in the effort, it should be well worth it.

In fact, bamboo fencing can last upwards of 20 years if properly maintained. This means that with proper care Bamboo fencing can prove to be a durable and cost-effective option for fencing.

Let's take a look at how long bamboo fencing can last. 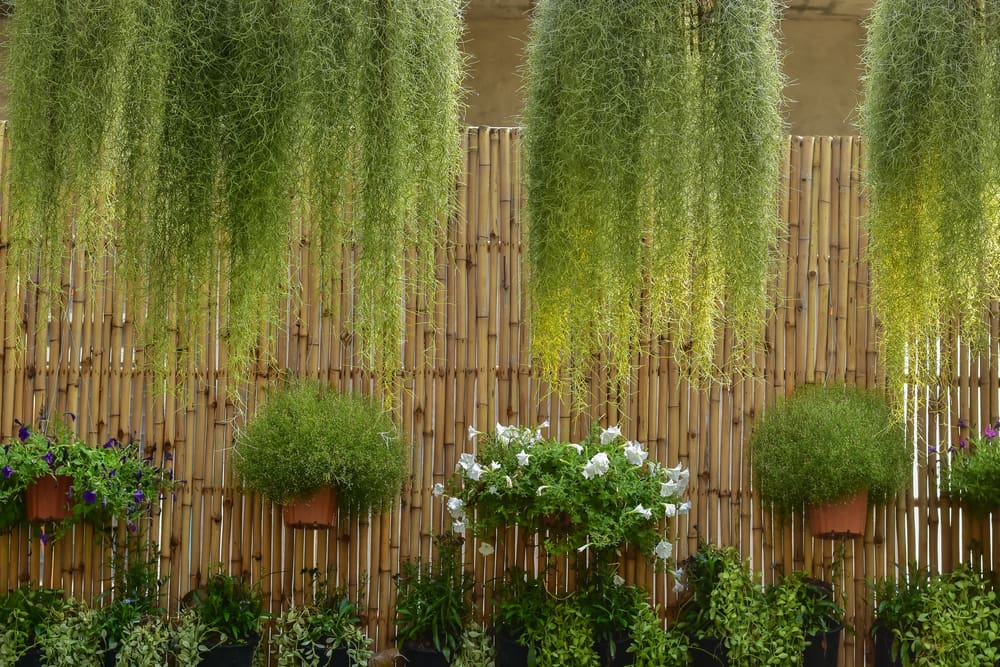 Bamboo fencing isn't waterproof. It should be kept out of the rain as much as possible because it's susceptible to rotting and becoming moldy.

It may seem strange bamboo can't handle water as a wooden fence can, but that's because bamboo is a type of grass and not wood. Grass can be overwatered and grow fungus, which is exactly what bamboo can do.

Fortunately, you can treat bamboo fencing with sealants to protect it, which we'll talk about in more detail in a bit.

How Long Does It Take For Bamboo to Rot?

Bamboo fencing should be treated to prevent it from rotting. Untreated bamboo typically takes about 2 years to begin rotting, but it may be sooner if you live in a climate that receives a lot of moisture. Bamboo is prone to rotting because it doesn't contain natural toxins that could prevent it from biodegrading.

If a bamboo fence will be a temporary fad in your yard, then it won't be the worst thing for you when it starts to rot. However, if you want it to last a while, treating it will be necessary. A single treatment will extend the life of bamboo a little bit, potentially up to 5 years (again, depending on your climate).

When bamboo is consistently treated with a sealant, it can extend the life of up to 20 years. You'll need to add more sealant every year and keep it away from extreme weather to get this kind of life span out of it.

How Strong Is Bamboo Fencing?

Although bamboo is lightweight, it's about 3 times as strong as timber and twice as strong as cedarwood. It's a reliable choice as a fence because it can withstand hurricane winds.

A much-appreciated benefit of bamboo is that termites aren't attracted to it. You may have to worry about moisture, but you won't have to deal with a relentless colony of hungry insects.

How to Make a Bamboo Fence Last Longer

The cost of bamboo for fencing varies. In some places, it's cheaper than wood, while it's an expensive venture in other areas. It's important to try to keep your bamboo fence in good condition for as long as possible so you can get your money's worth.

These are the best ways you can keep your bamboo fence for several years.

Protect It From the Elements

As we've discussed, bamboo fencing is prone to rotting because it's grass and not wood. Exposure to moisture is the quickest way to make your fence rot, so keep it away from moisture as much as possible to prolong its life.

If you live in a humid area that receives a lot of rain, you'll find it difficult to keep it dry. You may have to settle with applying a sealant 2 or 3 times a year or replacing the fence altogether every couple of years.

It may sound like dry climates are the best place for bamboo fencing, but the sun can also cause it to deteriorate over time. The intense heat of the sun can cause cracking and splitting. If the bamboo is consistently exposed to full sun all day, it might deteriorate as much as if left wet and untreated.

If a structure doesn't protect your fence, try planting trees around it to give it shade and prevent rain from hitting it. If you want a bamboo fence for decorative purposes, try making it portable so you can bring it to a covered area when you're not enjoying it.

Seal your bamboo fence when you first purchase it. If it's already sealed, consider sealing it again. You'll come to find out that sealing it too much is better than not sealing it at all.

It would help if you inspected your fence every few months to ensure it's still in good condition. If you notice cracks or splitting, you should seal it again as those are signs that the seal has worn off. If you've periods of severe weather, such as heatwaves or excessive storms, you may notice cracks in the bamboo.

If you want your bamboo fence to last, get into the habit of giving it new sealant once a year at the very least. Frequently inspecting the fence will help you gauge how often you should be reapplying the sealant.

It might be difficult to tell if bamboo is a good choice for a fence or not. Sealing it every year and protecting it from the sun and rain sounds like a lot of work for a fence. Perhaps it's worth it? Here's a list of pros and cons to help you make up your mind.