Many foods use the ingredient mint, but did you know that there’s more to mint than just that? In fact, there are more than 600 kinds of mint plants, all with their own unique flavors. Spearmint vs peppermint which is truly better?

Two of the most popular mint varieties used are peppermint and spearmint, which you may know from when you’re browsing candy or gum flavors in a store.

While some easily notice the difference in taste between them, few know what the actual differences between these two types of mint plants and their subsequent flavors are.

When you put them against each other, spearmint vs peppermint, and compare their differences, you’ll find that they are, in fact, quite different from each other!

All mint plants have a somewhat similar structure. Their stems are squarish, sturdy stems and their leaves grow opposite one another in pairs.

To see the which is best between spearmint vs peppermint, you have to look at the finer details.

Spearmint comes from the plant known as Mentha spicata, meaning it is of the Menta genus. Although it is traditionally native to Asia and Europe, it has made a home for itself all over the world through naturalization. 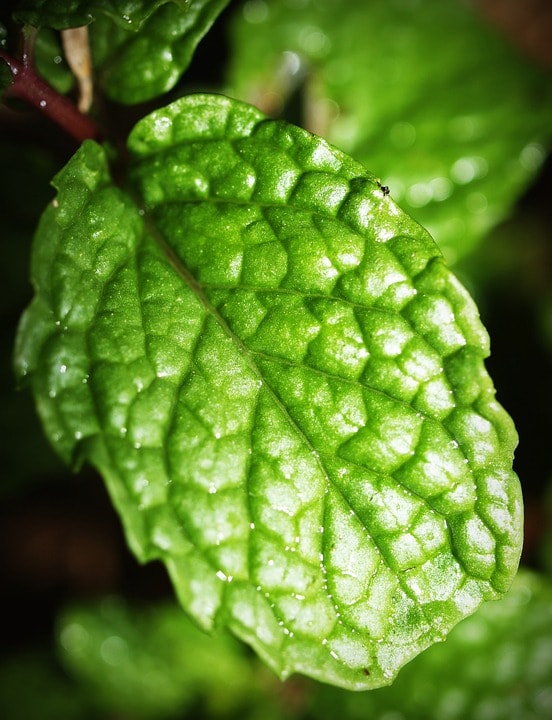 This particular species of mint is naturally occurring and does not contain any menthol – or rather, contains less than 1% menthol – with all its cooling abilities, therefore, coming from carvone instead.

Spearmint grows upright and straight and often reaches heights of up to 3 feet, easily spreading quite wide.

Its leaves grow directly on its own branches and appear smaller and almost wrinkled in texture, and they may seem to have an oblong, rounded shape that appears lanced.

The flowers of this plant grow in clusters and have shapes that taper off, and they are either pink or blue in color.

On the other hand, the blossoms of the peppermint plant will grow on a terminal. It will also appear whorled instead of tapering.

When it comes to the leaves, spearmint leaves are oblong in shape and they are rounded and lanced with a pointed tip. While peppermint leaves appear to be toothed and they also look sharp.

Peppermint, on the other hand, is actually a hybrid plant that is not naturally occurring. It is a cross between watermint and the aforementioned spearmint, making its scientific name Mentha x Piperita.

Being a hybrid plant, peppermint is a sterile organism and is unable to reproduce with any of its own seeds. Instead, it spreads runners over large areas.

Unlike spearmint, peppermint contains 40% menthol and gets its cooling properties from there.

Peppermint grows low, as a creeping plant, and may reach heights of between 1 and 3 feet, though it does not grow wider than 3 feet. Its leaves grow onto its stems and are somewhat larger than that of spearmint.

These leaves also have a rather jagged, toothed form that appears quite sharp compared to the small, wrinkled appearance of spearmint leaves.

Its flowers are purple in color and grow on a terminal, with a more whorled structure.

We know mint flavors for their cooling, refreshing tastes, but did you know that there are actually flavor differences between peppermint and spearmint that aren’t too subtle?

Spearmint has a noticeably refreshing taste that is on the earthy side. The taste mainly comes from R-carvone, which also provides the plant’s cooling properties.

Although other flavors, including (in order of percentage of quantity within spearmint’s composition) limonene, cineol, menthone, and less than 1% menthol.

Spearmint has quite a mild flavor that is quite sweet and provides a nice, sweet taste. It also has a gentle, subtle smell.

Peppermint, on the other hand, is a little bit stronger than spearmint in terms of flavor, which is likely due to its higher menthol content.

Its flavor is also influenced by its other active ingredients, including (in order of percentage of quantity within spearmint’s composition) pulegone, pinene, and menthone.

Its cooling properties are much more apparent than that of spearmint when eaten, and it has a very sharp and strong flavor accompanied by a very strong smell. The taste is very bold overall.

Most mint leaves are used for flavoring foods of all kinds, but they have some interesting uses beyond that. In addition, different kinds of mints are used for different purposes, placing a divide between them.

It’s also present in things like mouthwash, shaving cream or toothpaste, and it’s the flavor behind a lot of famous chewing gums.

The fact that spearmint can easily be dried or frozen and still maintain its original potency makes it an invaluable ingredient.

This mint is also a very common component of Mediterranean foods, as it adds a flavourful kick without severely overpowering the other complex flavors, herbs, and spices in these dishes.

You might find spearmint in cheeses, tomato sauces, yogurt spreads, and meat dishes, and you’ll be surprised how you don’t detect that strong flavor many associates with mint. Instead, it easily complements the savory components of each dish.

Peppermint, on the other hand, which comes in a bunch of different cultivars, is usually used for a mix of cooking and garnishing purposes and as medicine. 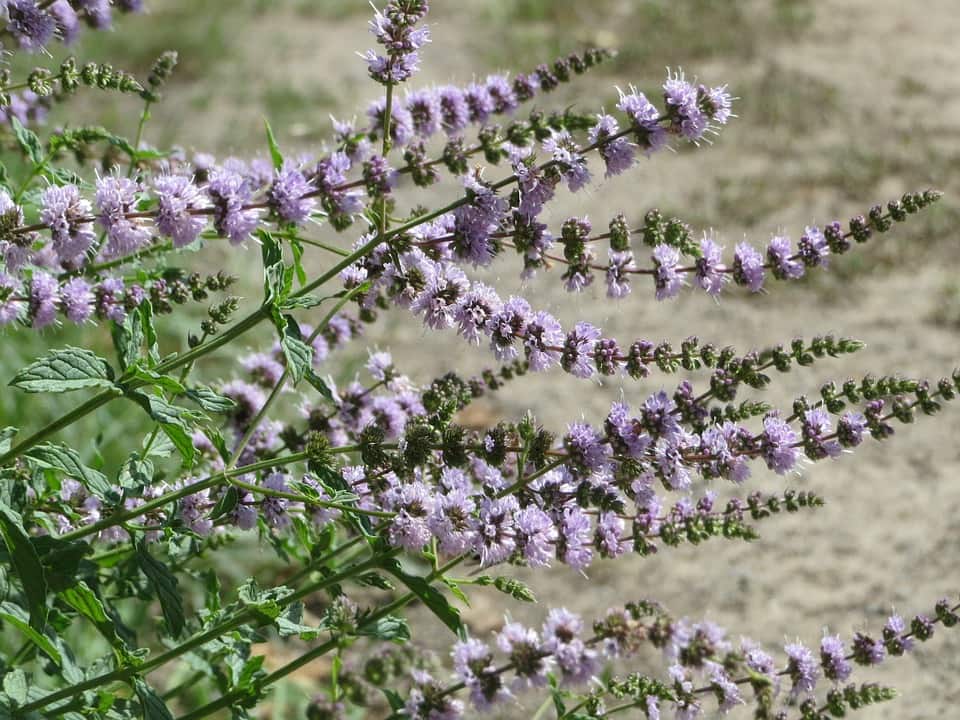 You may also find peppermint being used in soaps, shampoos or body washes.

Still, it shares many of spearmint’s applications, appearing in a wide array of cocktails, teas, and toothpaste. It also is often used in baked goods, dinner mints, candies, and sweets.

On top of that, peppermint oil is often extracted for use in a wide variety of situations, products, and foods, including liqueur and bath and body products.

In general, peppermint’s strong taste means it’s usually used for medicinal purposes more than food and beverage ones, although it packs a powerful punch in consumables that are meant to be fully mint flavored.

Mint has been known for its healing and medicinal properties for countless years. But now, with more knowledge of biology and nature, both spearmint and peppermint serve different purposes.

Spearmint can help to provide some relief from stress, helping to keep the mind and body relaxed in times of tension. It is also a fantastic way to get rid of bad breath and has been known for its ability to aid in maintaining a balanced and healthy blood pressure level.

It can also provide relief to morning sickness and nausea in pregnant women, and it helps keep hormones balanced and even. Finally, spearmint has been found to be very effective in preventing chronic diseases or lowering the risk of contracting them.

Peppermint, on the other hand, can alleviate headaches and migraines for a calming effect on the user.

It is known for being able to ease muscle aches and pains and can also prevent strong symptoms of allergies from occurring.

Peppermint has also been credited for helping to treat irritable bowel syndrome or IBS. You will also often find peppermint in a variety of disinfectants, decongestants, and antiseptics.

With that being said, despite their differences, these two plants do share some similarities.

They both help to improve digestion – which is why their teas are often drunk after a meal – and they can also aid in curbing feelings of nausea and queasiness.

Both are also known for their ability to repel insects; spearmint is used in mosquito repellents while peppermint’s strong scent can deter a lot of different bugs.