Lavender is a popular plant to grow. It adds pops of purple that brighten up any garden and offers a sweet scent that you're sure to enjoy. Many gardeners enjoy harvesting the flowers to use them in cooking or in tea. They also liven up floral arrangements.

Lavender isn't just a pretty purple flower. There are several lavender varieties, and some can be blue, pink, red, or white. If you're hoping to add lavender into your landscaping, get to know the different types of lavender so you can be sure to end up with a kind that suits your taste.

There are a few different groupings of lavender varieties that you should know before you go lavender shopping. Most lavenders are categorized by where they came from, such as English, French, or Portuguese. However, these names aren't necessarily accurate, as you'll see in just a minute.

In this list of the types of lavender, we organize them into these groups:

Lavender is a great plant to add to flower beds and vegetable gardens because they act like magnets for pollinators. You're likely to always see a bee or butterfly hovering over the many flowers once they bloom. Deer don't prefer to eat lavender, so it's a great way to deter them from your other plants that they love.

One thing to note about the different types of lavender is the time of year that they bloom. Some varieties bloom in early spring, while others bloom as late as early fall. English lavender and other varieties will only bloom once, while others, like French or Spanish, will bloom a few times during the warm months.

If you're looking to have lavender throughout the entire growing season, buy several different varieties that bloom in different parts of the year. This will supply you with plenty of flowers and will even help the rest of your garden by drawing in pollinators all season long. 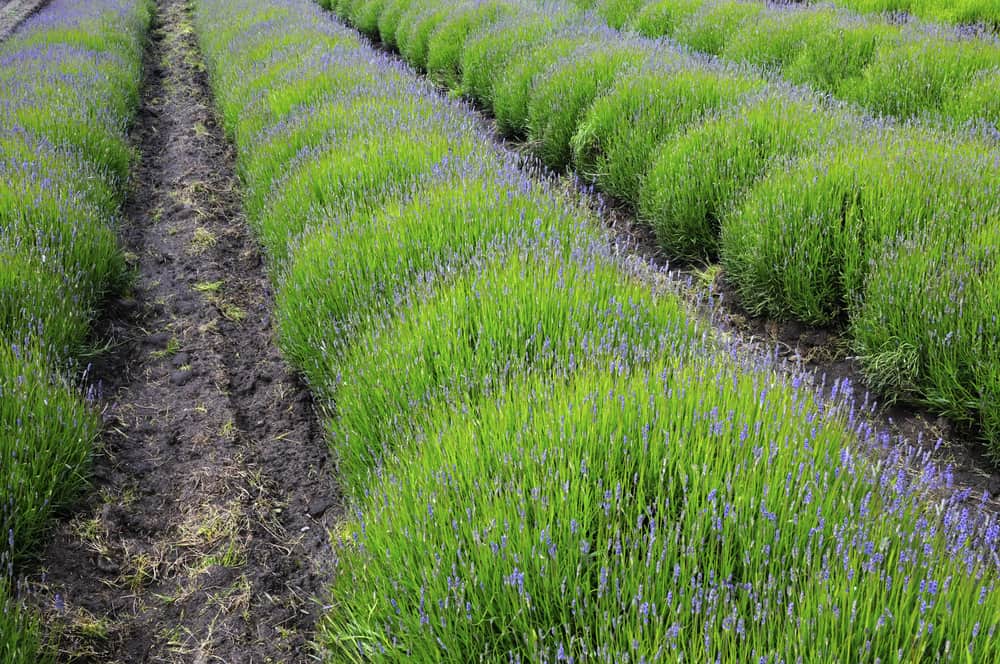 Folgate lavender is a bushy plant that thrives in full sun. It has bright bluish-purple flowers that bloom in the middle of spring. Frequent pruning may encourage the plant to grow more flowers. 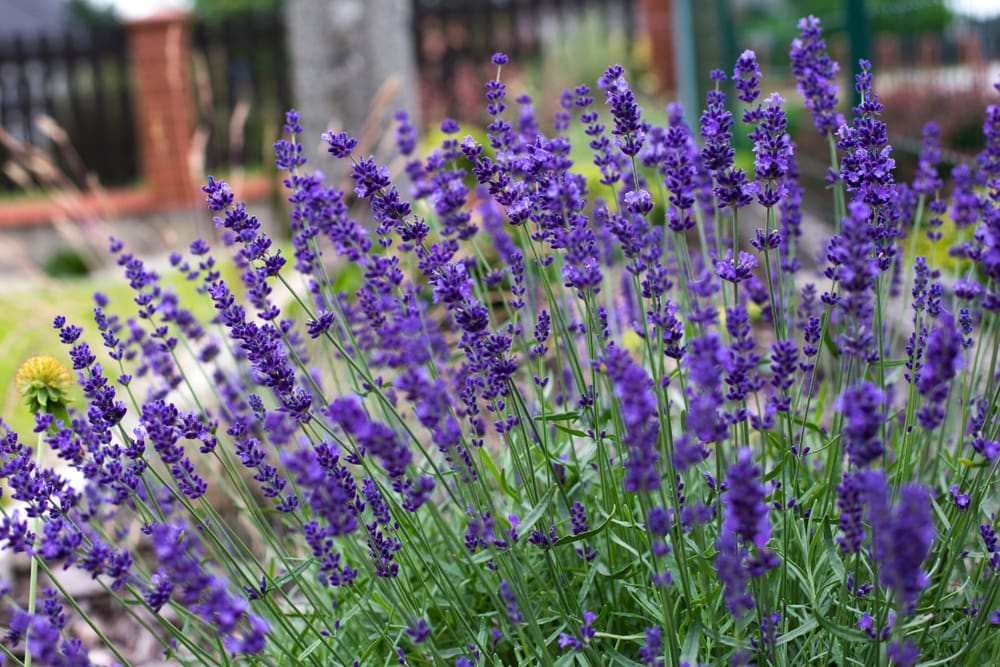 Hidcote lavender is a hardy variety that can withstand hot and dry temperatures. It doesn't like humidity, so it will need plenty of ventilation in humid climates. The flowers are a deep purple that can sometimes be slightly blue. 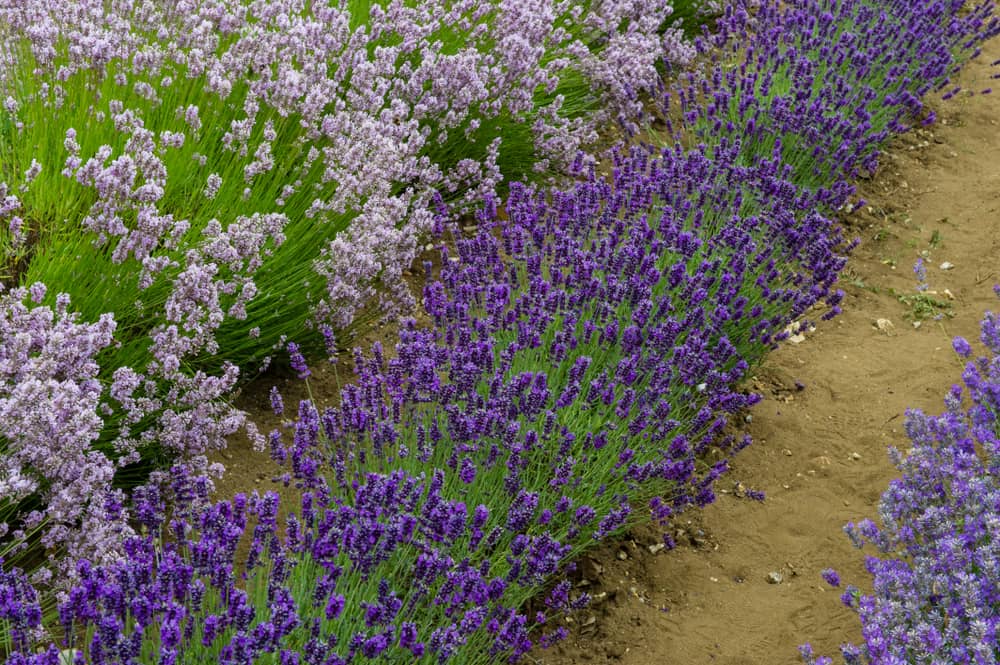 Lavenite petite is a unique type of English lavender since it's native to New Zealand. The plant is short and bushy, making it the perfect choice for containers or the borders of flower beds. The deep purple flowers are incredibly aromatic and will attract pollinators near and far. 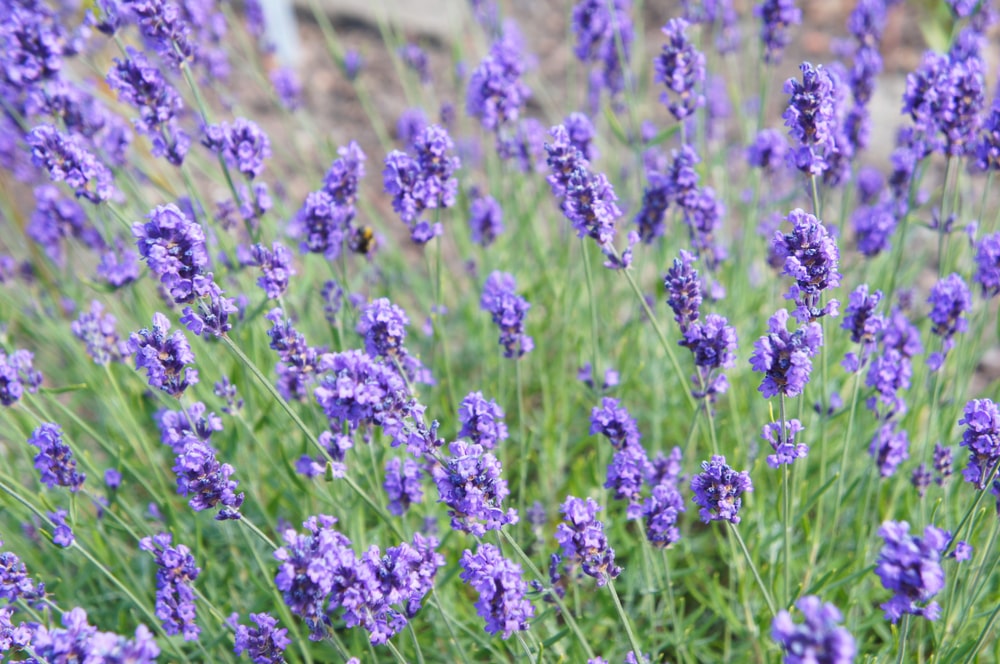 The Melissa lilac lavender flowers range from light to dark purple, making an interesting plant to look at. It blooms in the middle of summer, so it's great to plant with other varieties that bloom in the spring so you can enjoy blooms much longer. Like other English varieties, this one is short and bushy. 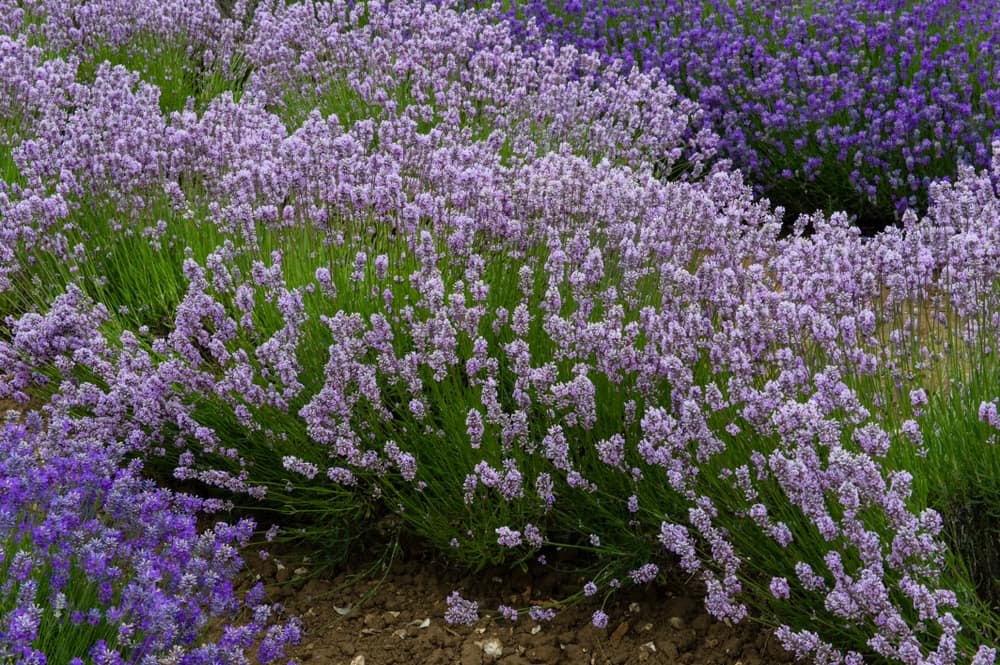 Miss Katherine is an English variety of lavender with soft pink hues that may appear white in the sun. This variety can also be a light purple. Mix this one with other lavender varieties to add some extra color to your garden. This one blooms in late spring or early summer. 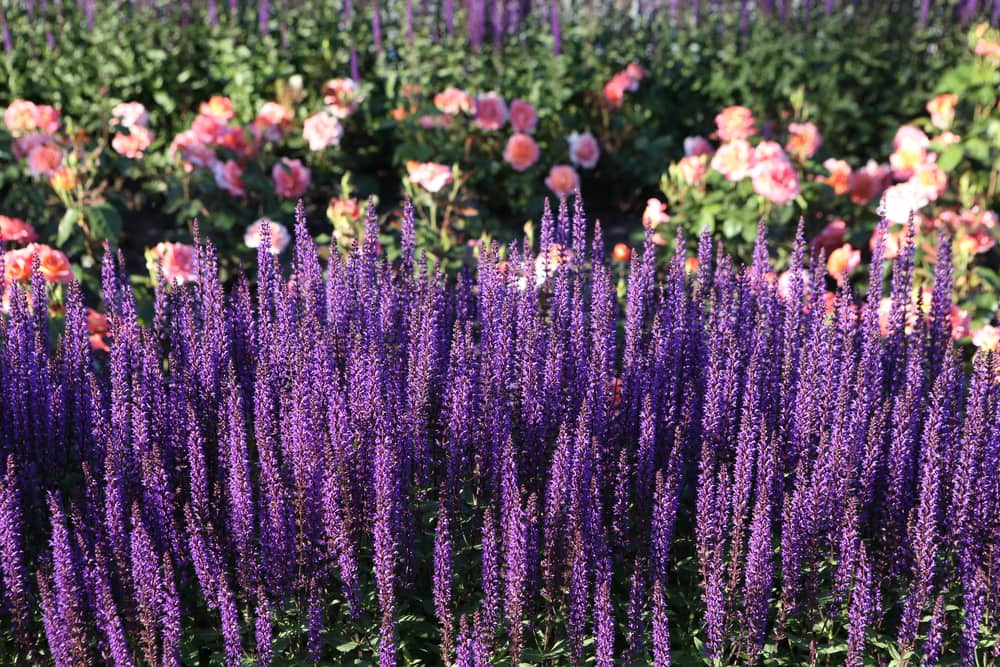 Munstead lavender can range from light to dark purple. It won't grow very tall, but its bushiness can be pruned to be a short hedge when several plants are grown closely together. This lavender also needs full sun and good drainage. 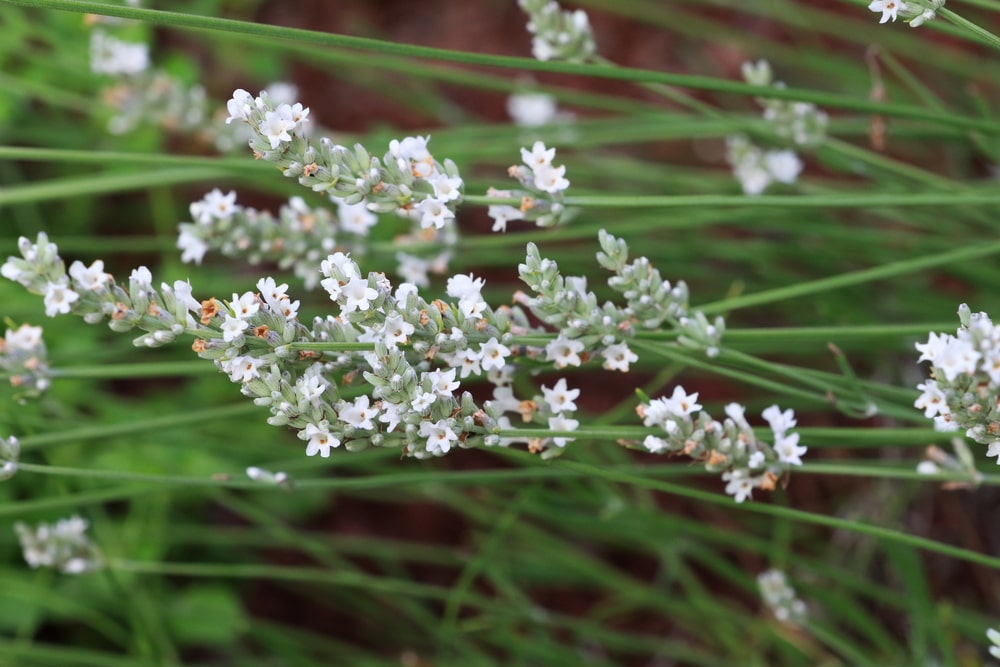 The Nana Alba lavender has small white flowers on bright green foliage, which makes a beautiful contrast. The plant prefers full sun and is evergreen in warm climates, meaning it will stay green all year long. The flowers will bloom in the middle of summer and will be super attractive to pollinators. 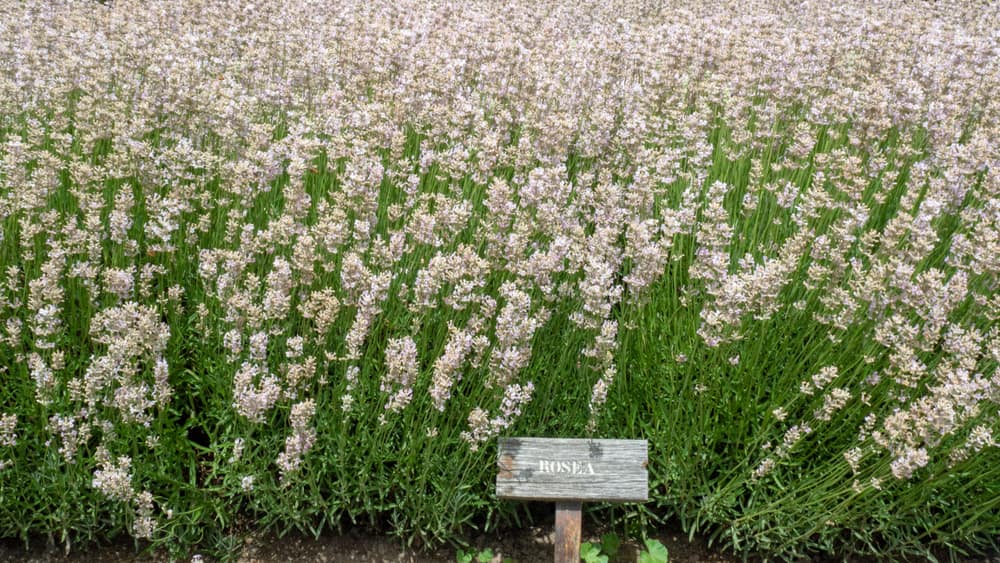 Rosea lavender has light pink flowers and silvery-green foliage, making this an elegant addition to gardens. Although they look delicate, they can withstand full sun and are drought-tolerant. They bloom in late spring and early summer and will attract bees and other pollinators to your garden. 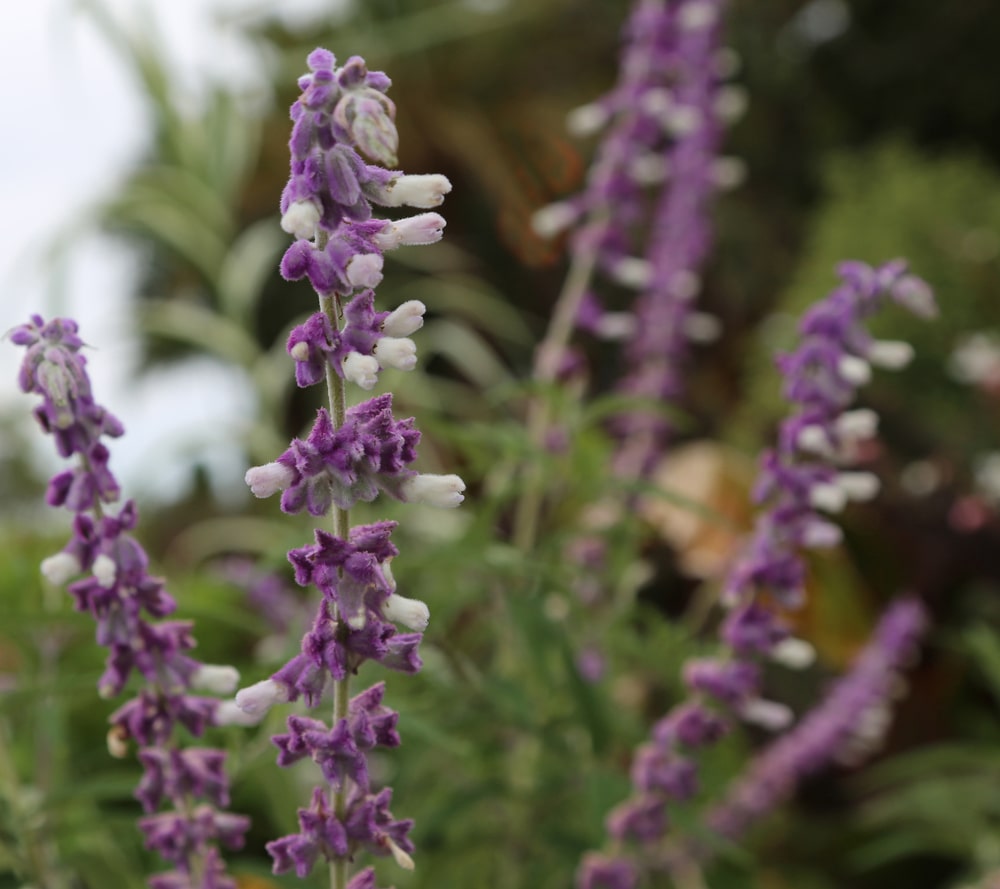 The royal velvet lavender is appropriately named for its elegant bluish-purple flowers. This plant is short but grows quickly and can be grown next to others to be trimmed as a low hedge. This lavender variety can tolerate dry summers and wet winters, but it should be allowed good drainage. 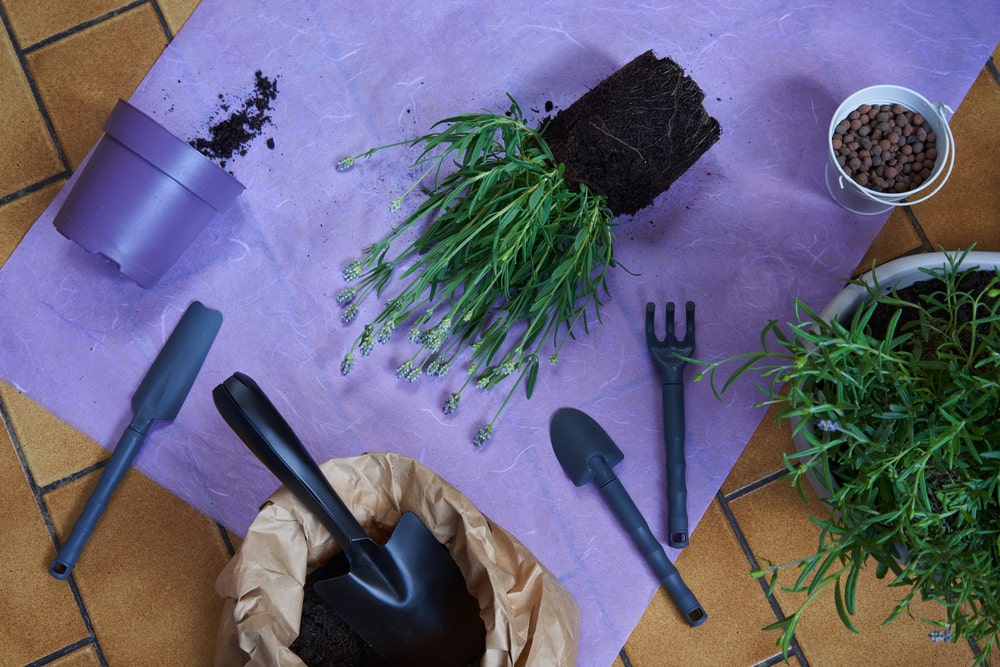 Thumbelina Leigh has short clusters of flowers rather than tall ones. The violet hue can range from light to dark. This English lavender variety has the typical characteristics of being short, tolerating heat, and attracting pollinators. It blooms in early to mid-summer. 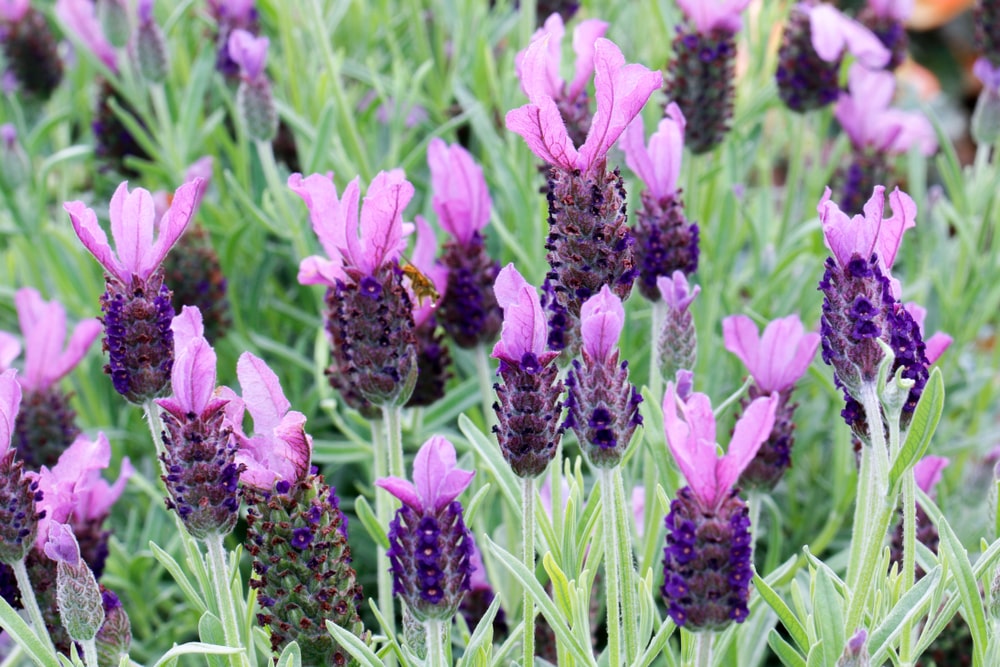 Anouk lavender has clusters of deep purple flowers with bright pink petals at the top that resemble butterfly wings. Unlike English lavender varieties, this type of lavender will continue to bloom from late spring to late summer instead of just having only one round of blooms. 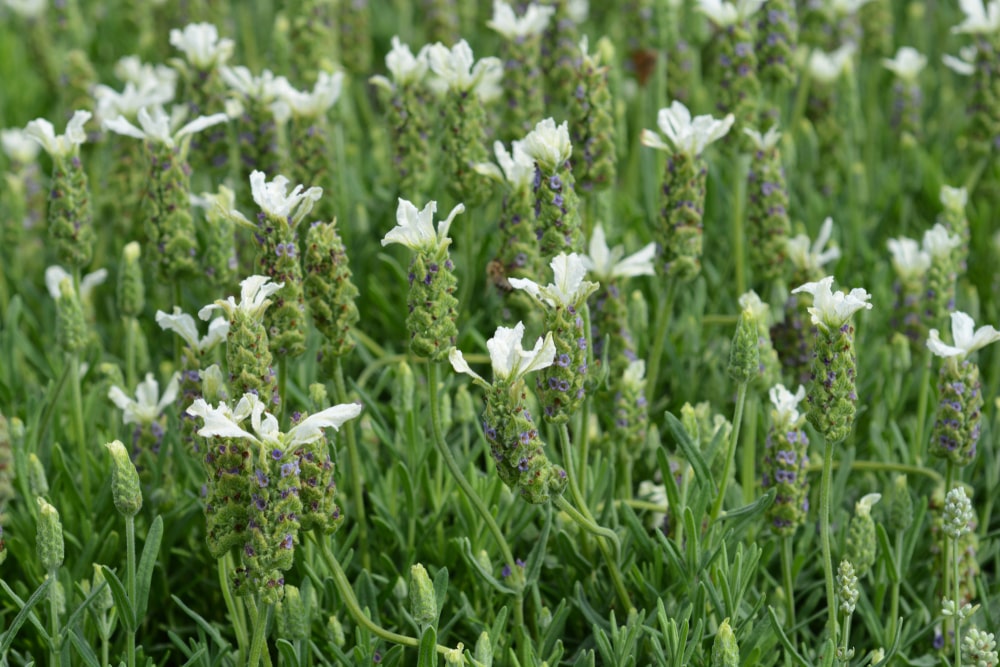 The ballerina lavender is as elegant as it sounds. It has a cluster of tiny deep purple flowers, topped with a white flower. As they mature, the flowers will fade from purple and white to pink hues. This lavender can withstand drought and hot temperatures. 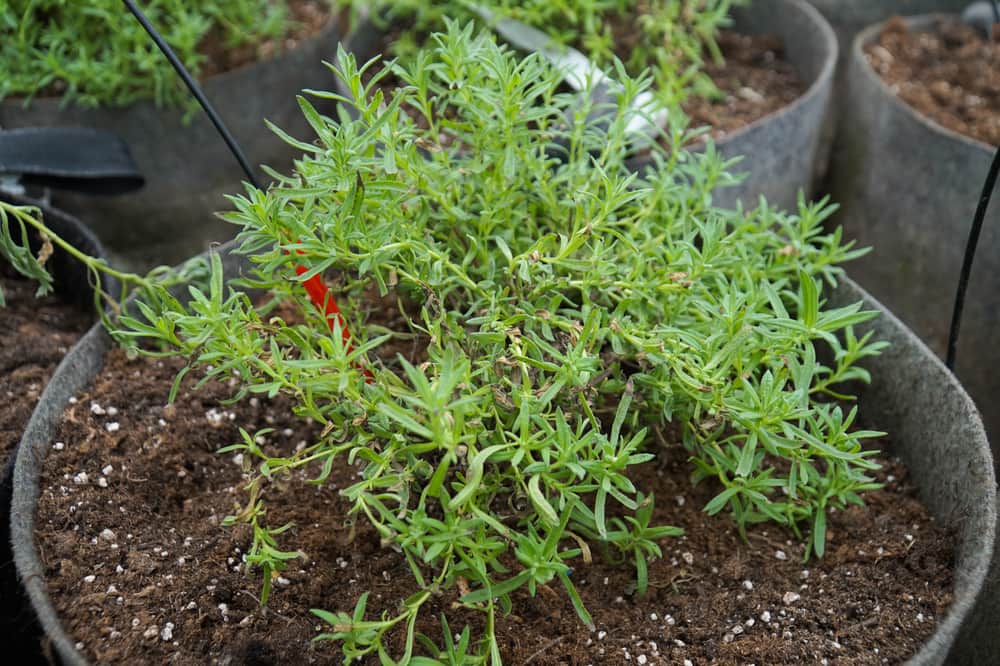 The Bandera purple lavender has deep purple flowers that almost look black that are topped with a light purple flower. The contrast of purples against the light green foliage makes an interesting plant. If you grow this in a container, it will naturally make a rounded shape that will look lovely on porches or in gardens. 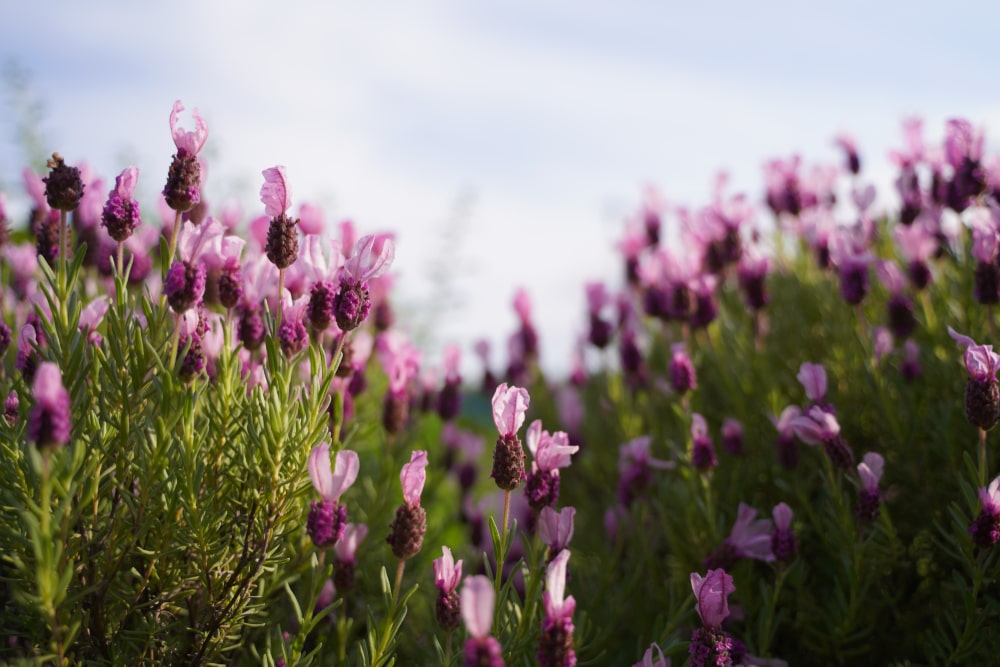 The butterfly lavender has reddish-purple flower clusters with a wispy magenta flower on the top. This plant doesn't require much water and can tolerate a lot of sun. The flowers will bloom throughout summer. 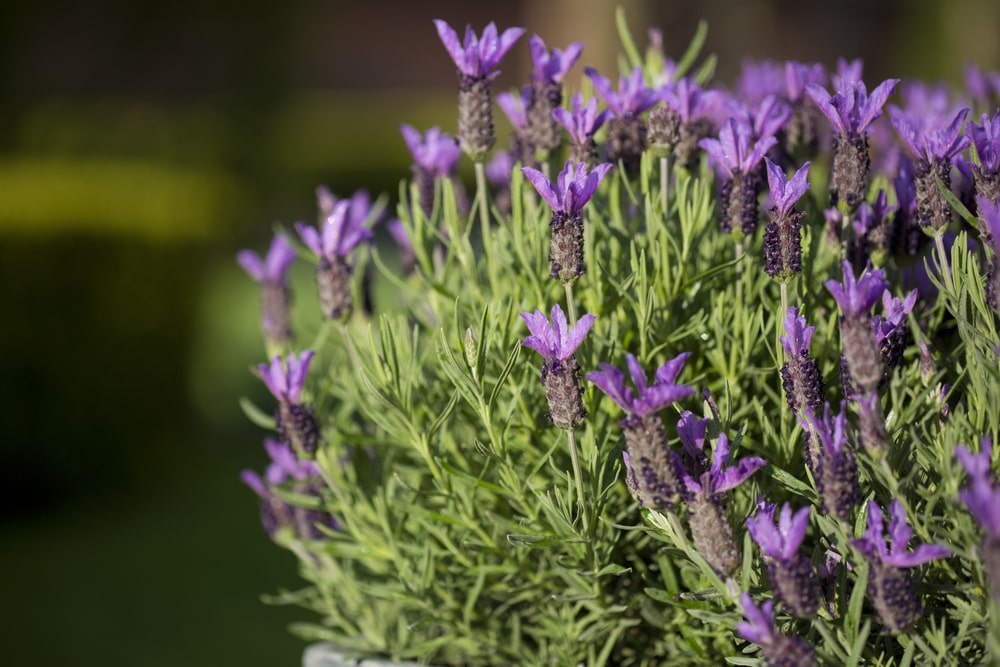 The name might make you giggle, but the fathead lavender earned its name from the short, rounded clusters of flowers. The little flowers are usually dark purple, and the flower at the top is magenta. This lavender variety looks a lot like the butterfly type but is shorter and thicker. It shares the same care requirements as the butterfly except this one blooms in late spring or early summer. 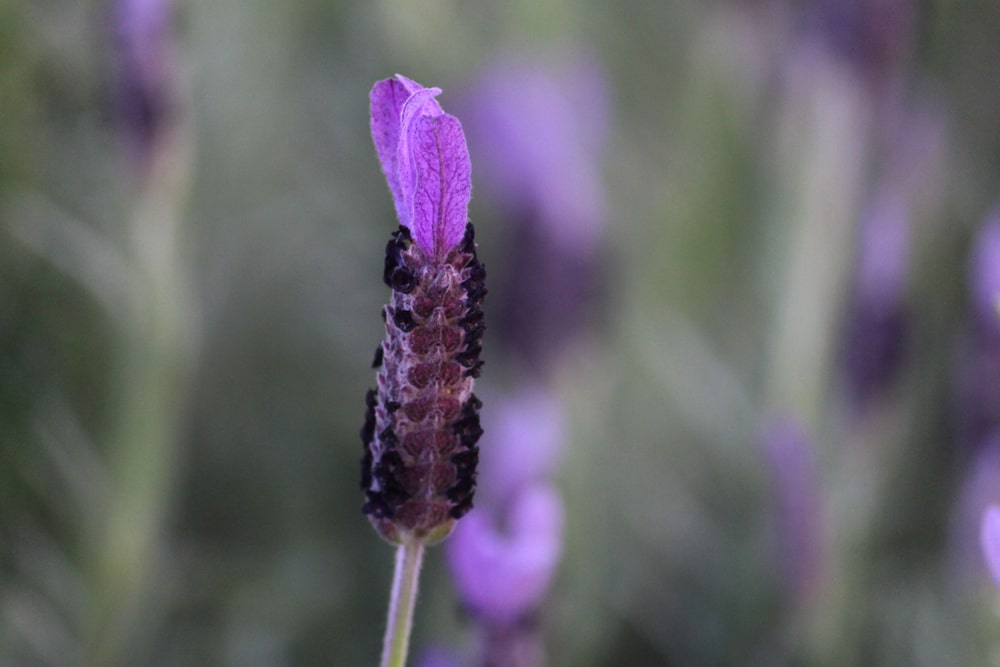 The Kew red lavender has red-toned magenta flower clusters topped with light pink flowers. This flower can also have deep purples instead of reds. It has the same care requirements as the other Lavendula stoechas varieties. 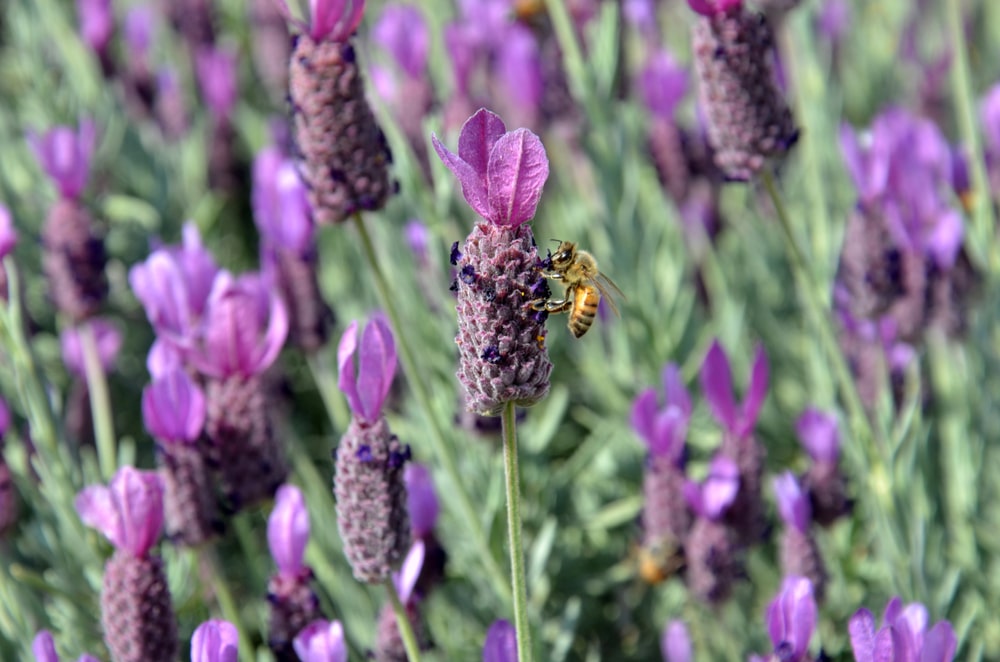 Silver Anouk lavender looks like the Anouk variety but with muted colors. The foliage is a silvery green, and the purples aren't as vibrant. The flower on top has shorter petals and is a softer pink. 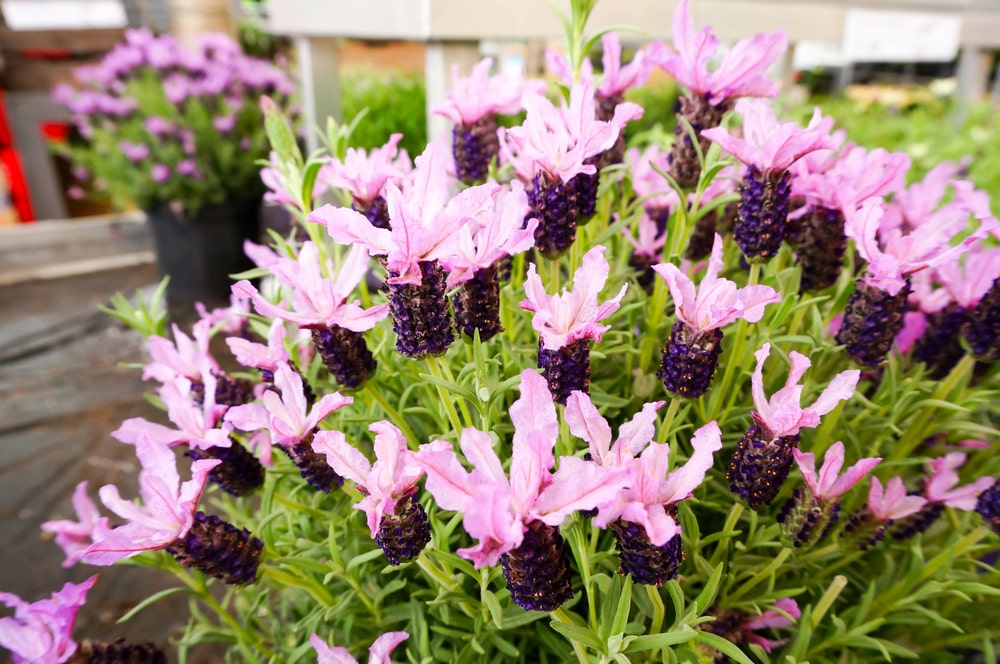 The With Love lavender has reddish-purple flowers with a pink flower on the top. This variety of lavender is frequently sought after because of its long blooming season. In warm areas, it might bloom as early as May, another round of blooms in June, and a third one in late summer or early fall. 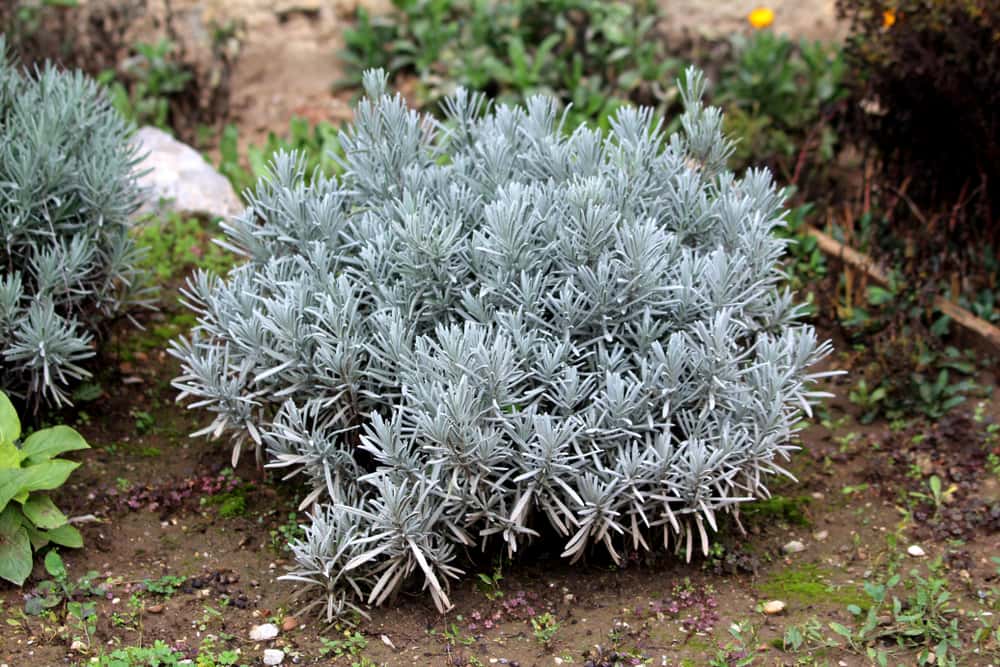 Portuguese lavender is sometimes called spike lavender due to its pointy foliage. Lavandula latifolia differs greatly from the stoechas and angustifolia varieties because of its greyish leaves. Some varieties may have deeper green foliage, and the plants still grow purple flowers. The plant is drought-tolerant and prefers full sun. 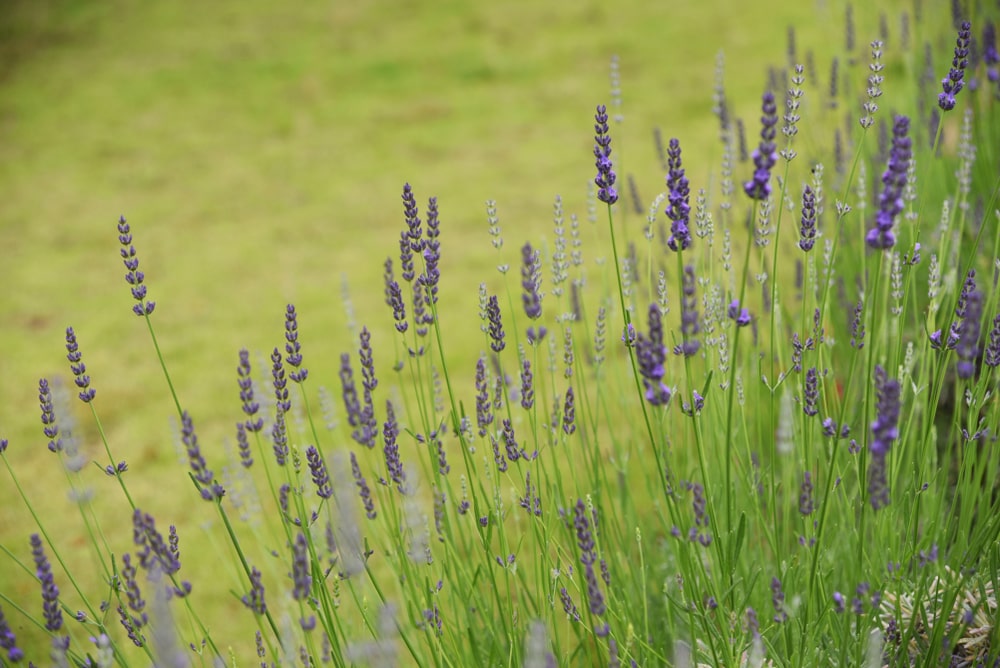 Grosso lavender is a hybrid of English and Portuguese lavender. It's tolerant to both cold and heat, making it easily growable in most parts of the world. The plant has thin clusters of purple flowers and looks like English lavender. 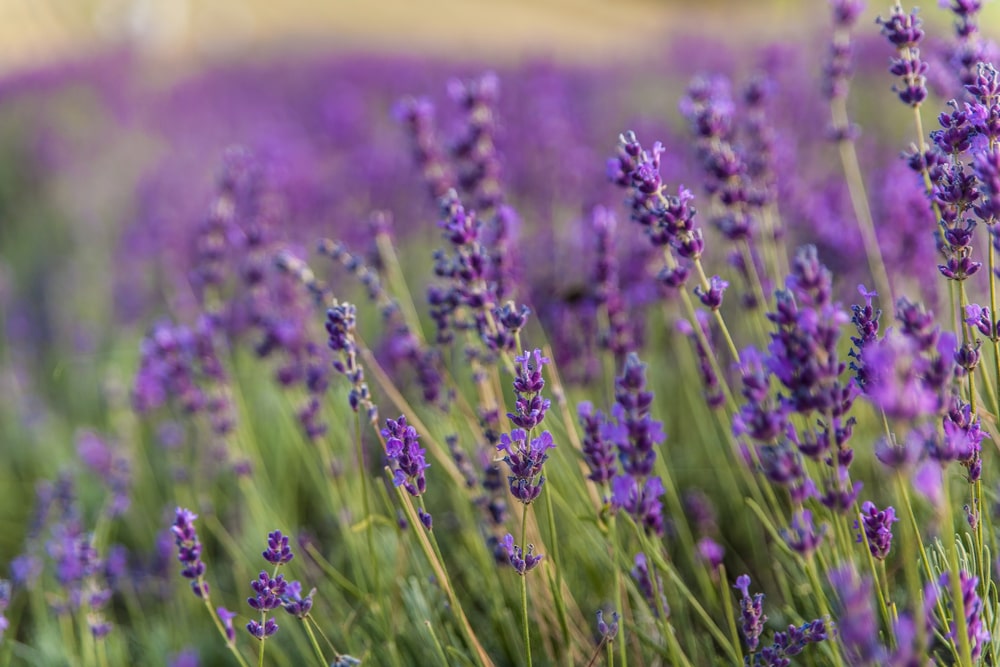 The Hidcote giant is another English x Portuguese hybrid. It's similar to the English variety Hidcote, but its purple has red tones instead of blue, and the plant grows about 10 inches (25.4 centimeters) taller. This variety will bloom in mid or late summer. It has a strong fragrance and will attract several pollinators. 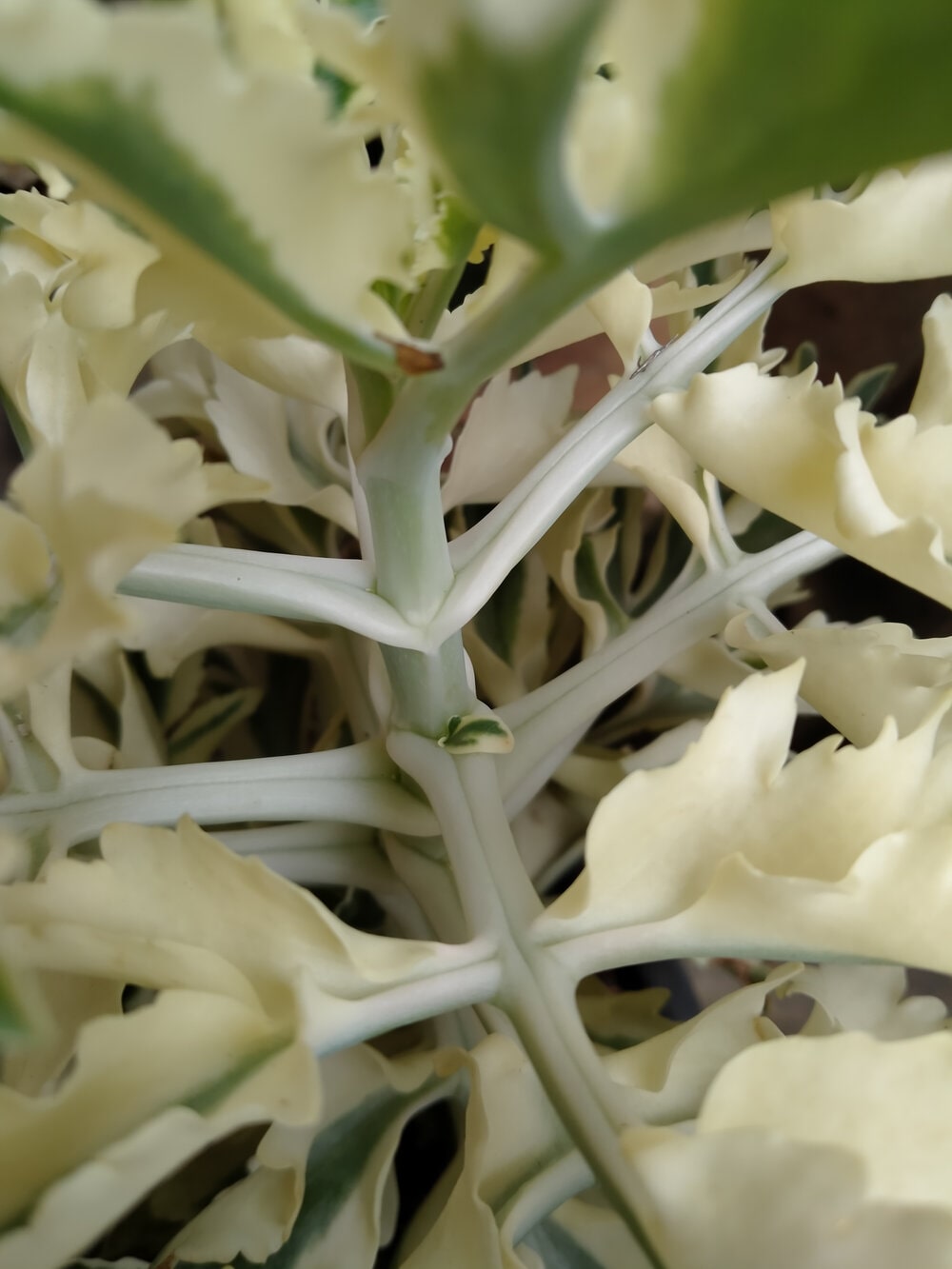 Meerlo is a unique lavender variety. It's a hybrid of Portuguese and French (Lavandula dentata) lavenders. The plant has variegated leaves that are white, yellow, and light green and are serrated on the edges. It blooms in mid to late summer with light blue flowers. The plant can grow up to 3 feet (91.44 centimeters) and spread out just as wide. Unlike most lavender varieties, this one can tolerate partial shade. 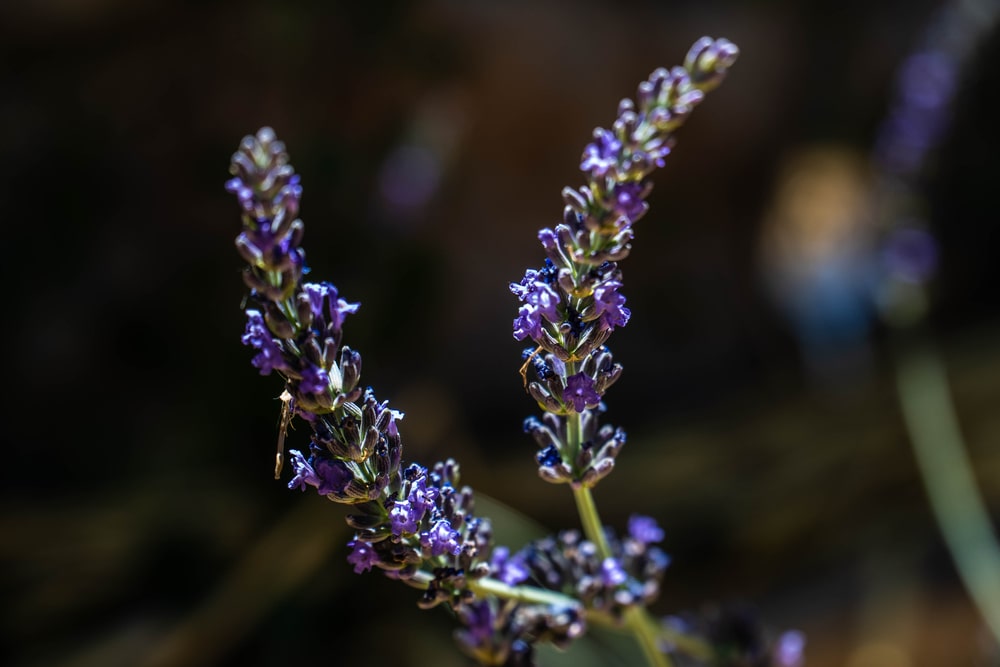 This English and French (Lavandula dentata) hybrid lavender is truly phenomenal. It was bred to withstand cool temperatures and humidity since most lavender varieties like it dry. This plant has deep bluish-purple flowers. Keep the plant in full sun, or it won't grow any flowers. 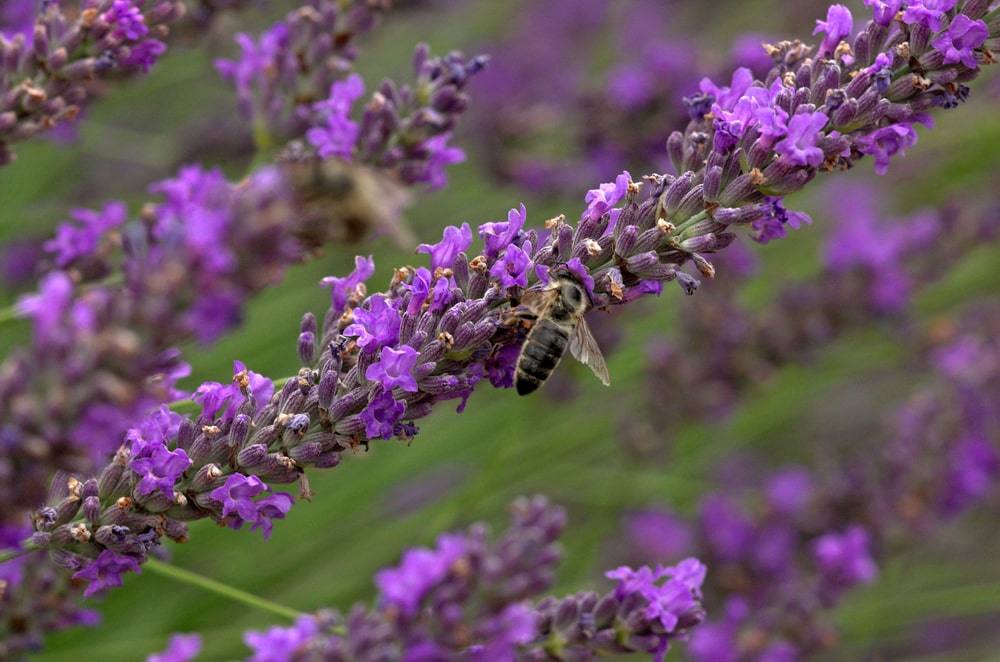 Provence is one of the many English x French (Lavandula dentata) hybrids, but it's arguably one of the best. It's incredibly fragrant and grows taller than most types of lavender, reaching up to 3 feet (91.44 centimeters). It can be grown with several other plants and be pruned to form a short hedge. The flowers are a violet purple and bloom in mid to late summer. 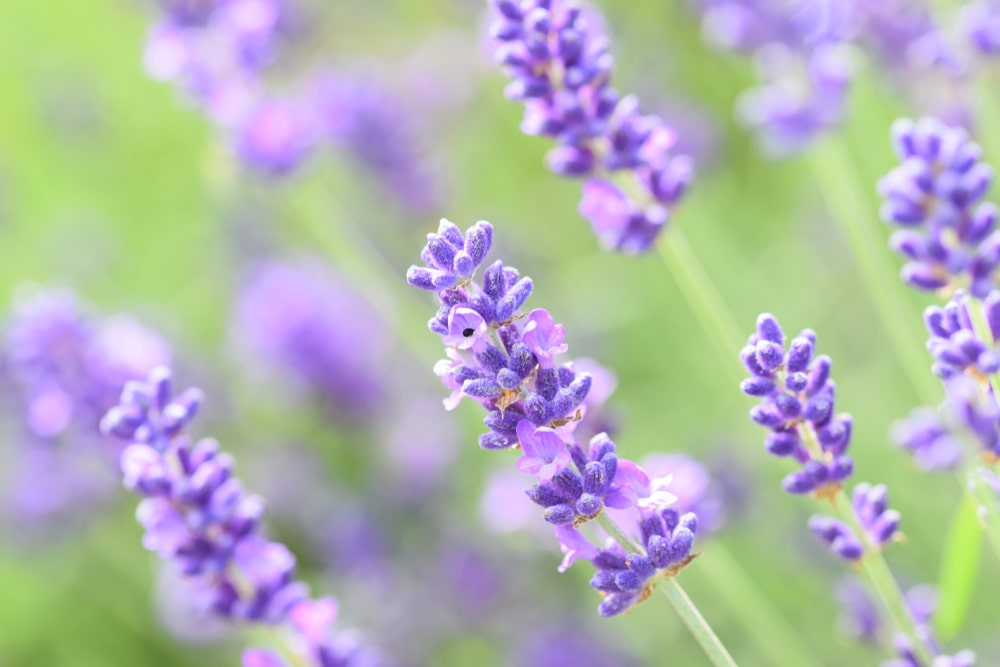 The seal hybrid is sure to get your seal of approval with its bluish-purple flowers. The flower clusters are thin and long and sit on long stems that are void of leaves. This is another great lavender variety to use as a small hedge since it grows about the same height as the Provence variety.