When we think of fruits that grow on vines, the first that springs to mind are often grapes. We picture beautiful vineyards full of grapes growing in the sun on long vines.

However, did you know that a wide range of other tasty fruit can also be found on vines? This list will take you through other fruits that grow on vines that you may want to be part of your garden.

5 Great Fruits that Grow on Vines 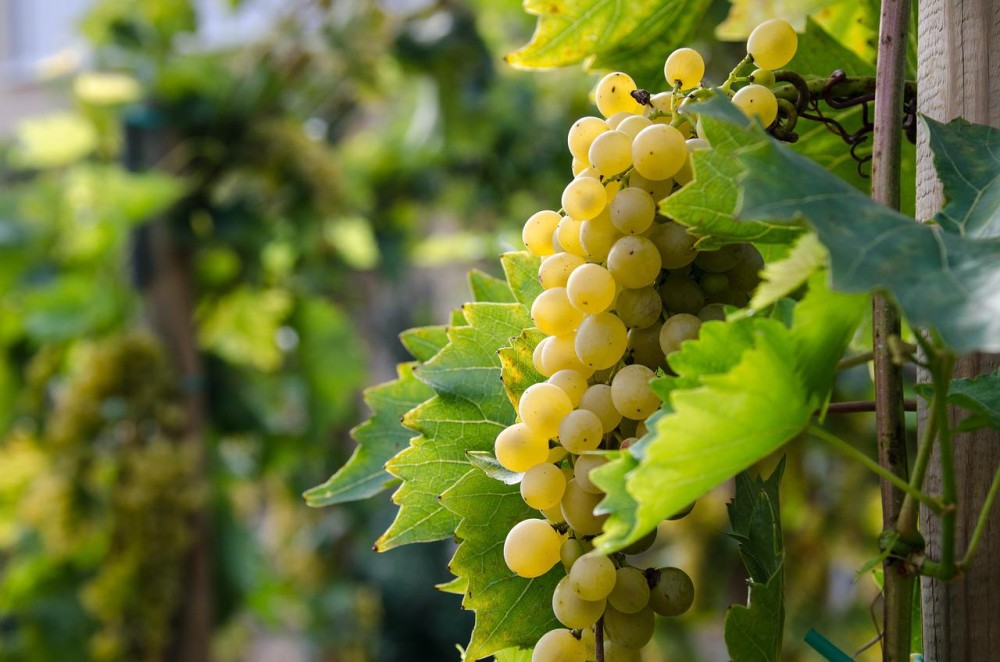 It’s no wonder grapes are the best-known vines, as there are more grapes grown by the ton than any other fruit. Worldwide, about 72 million tons of grapes are produced annually. They can be grown in a variety of different ways in a high number of countries.

The culture of growing domesticated grapes is as old as agriculture itself, with evidence of grapes being grown as far back as 6500 B.C. The earliest evidence of winemaking dates back even further, to a fermented wine-based drink found in China in 7000 B.C.

Grapes today are used as table fruit, dried fruit in the form of raisins, and for winemaking. They are one of the most important fruits in the world, economically speaking.

They can be a great addition to your garden and can be grown widely across the US. They grow in USDA zones 4-10, which includes most states in the US. The key to growing them is choosing the correct variety for your purpose and area.

Grapes can be grown to produce food, to make wine, or simply as a pretty addition to a garden to cover an arbor. A sunny spot with plenty of hours of sunlight, along with the right choice of grape, will make a wonderful addition to your garden. 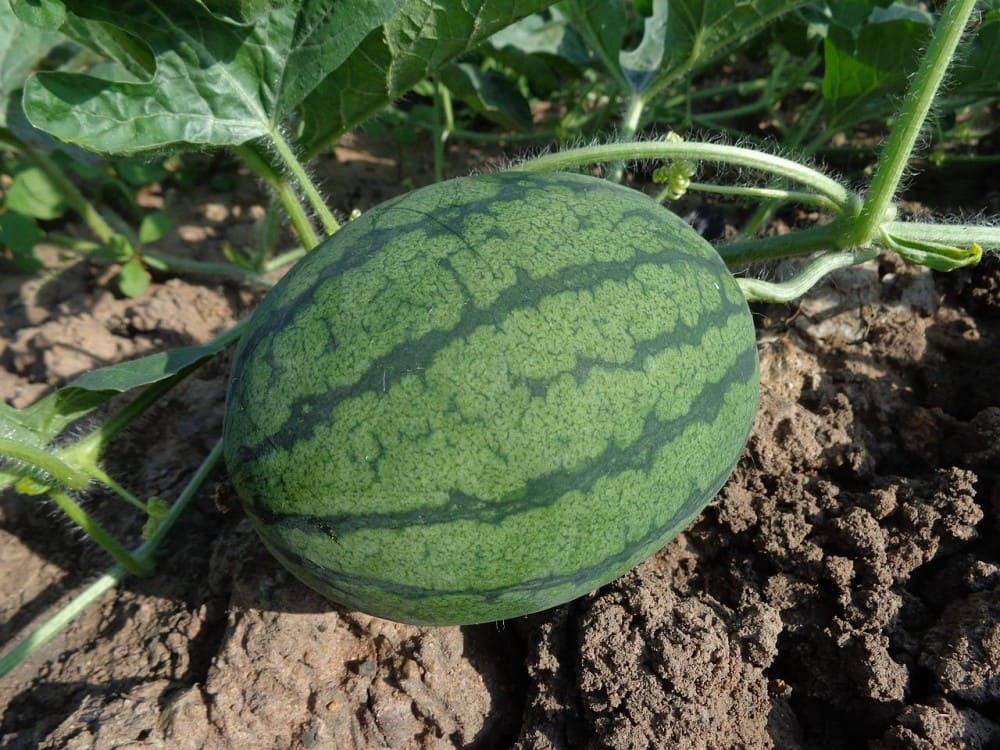 Melons are native to Africa and grown for their sweet-smelling and tasty fruit. Cultivated varieties grow in warm climates around the world. They are primarily eaten fresh but can be enjoyed in preserves or pickles.

Archeological evidence of the cultivation of watermelons goes back about 5000 years. Watermelon seeds in tombs and depictions of melons on cave walls have been discovered in Egypt.

This far-back ancestor certainly would not suit tastes today. The fruit was tough and bitter. It survived because it was extremely drought-tolerant and was cultivated mainly for its longevity in storage. With their high water content, these melons can last weeks, even months, if kept in a cool, shaded area.

From Africa, watermelons spread to the Mediterranean and eventually to the Roman empire. By this point, it was the sweeter fruit we know today. It had also transformed from orange-yellow to the reddish pink we see now.

Today, watermelons are grown across the US. They're one of the top fruit crops produced in the country, mainly grown in Arizona, California, Delaware, Florida, and Texas.

Hardiness zones 3 through to 11 can suit watermelons. They need full sun and slightly acidic or neutral soil. They require a long warm period, so they are more popularly grown in warmer climates.

These fruits are a joy to grow as you can watch their large fruit balloon up over the season. Even better, you then have the freshest, tasty watermelon to enjoy as a cool, summer snack. 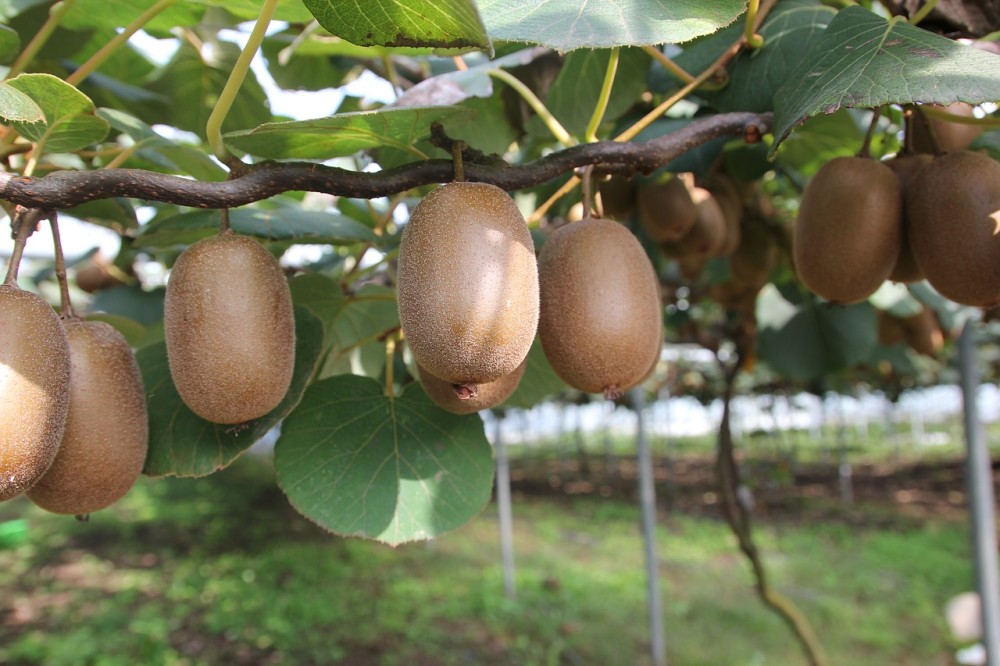 Kiwi is a highly nutritious fruit and a popular snack worldwide. Although many people today associate the fruit with New Zealand, it is originally from China.

In 1904, Mary Isabel Fraser, a school principal, returned from a trip with some seeds which she gave to a local farmer. He planted them on his small, riverside farm and the crop bore its first fruit in 1910.

Commercialized kiwi fruit was attempted both in the US and the UK too, but the experiment didn't work out, leaving New Zealand to dominate the market.

As gooseberries were not a popular fruit, the name was changed to “kiwifruit,” after New Zealand's national bird, in 1959 for marketing reasons, a name which has since been adopted in many other countries.

They are now New Zealand’s defining food export, generating over one billion dollars per year. But large-scale cultivation can also be found in the US, Italy, and China once again, where it is often used to make jam.

The fruit has many health benefits. It's high in vitamins K, E, and C, folate, copper, potassium, and antioxidants.

Kiwi vines are dioecious, meaning male flowers are on separate plants to females. One male can pollinate three to eight female fruits,

Kiwi vines can be grown in an arbor or similar garden structure for decorative purposes or to produce delicious fruit. They are suitable in hardiness zones 7-9 and need full sun and acidic soil.

They are best planted in early spring to late fall. They grow quickly, between 6-12 feet a year but the best fruit production doesn’t usually happen before 8 years.

Remember, that only the female vines will bear fruit after they have been pollinated by the male. space for at least two vines.

Though they can involve some time and work, the payout is great. You will have beautiful vines draped across your garden bearing these small fuzzy egg-like wonderful fruits. 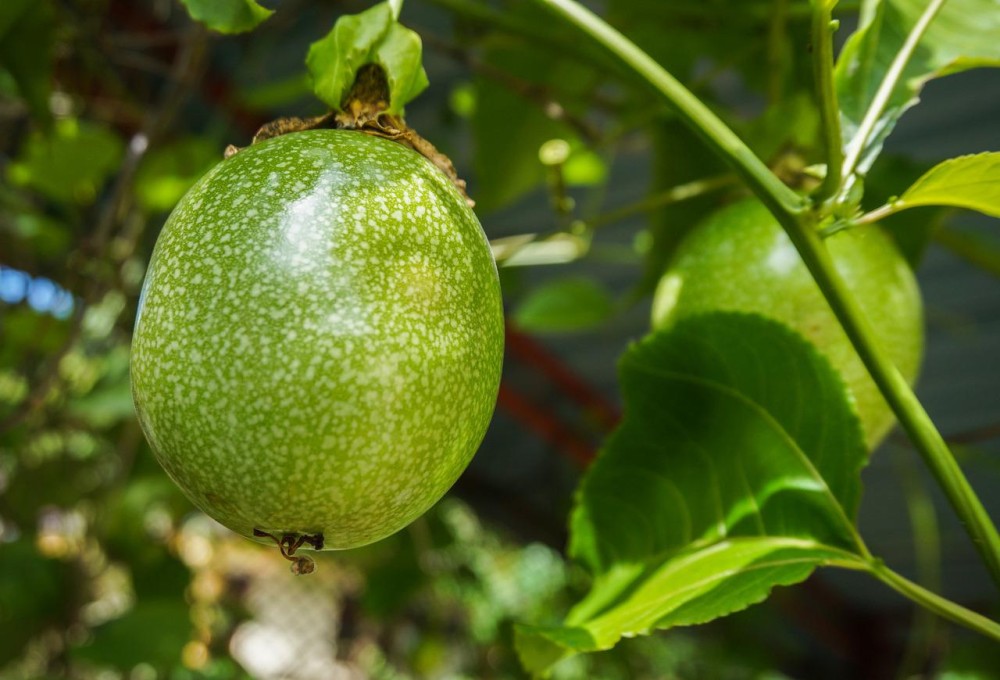 Well known as one of the tastiest fruits, the passion fruit originates in subtropical South America, native to an area that spreads from the southern half of Brazil all the way to Argentina.

The name was given by European missionaries, who thought that the flower represented the five wounds of Christ in “The Passion of the Christ,” a term Bible.

The fruit has a tart, aromatic flavor and is commonly eaten fresh by cutting it in half and then scooping out the pulp. They are a popular addition to drinks in South America, with every country having its own unique variation. The pulp, leaves, and flowers are also used in South America for their calming, sedative effect.

This vine can grow in a variety of soil. The plant has a tough, woody vine. This strong vine can grow and climb up to 15 feet with glossy leaves and beautiful flowers.

They will ramble happily across vines and trellises and send out long spindly tendrils to climb up structures.

This fruit can be grown in warmer climates in the US such as Florida, California, and Hawaii, and can be grown for both edible and aesthetic purposes.

They prefer a north-facing location with space to climb, free of weeds, well-draining soil, and plenty of sun. They will not tolerate any frost.

These passion fruit vines are a gorgeous addition to any garden, and the fruit can be used to make cocktails, syrups, jams, and preserves. 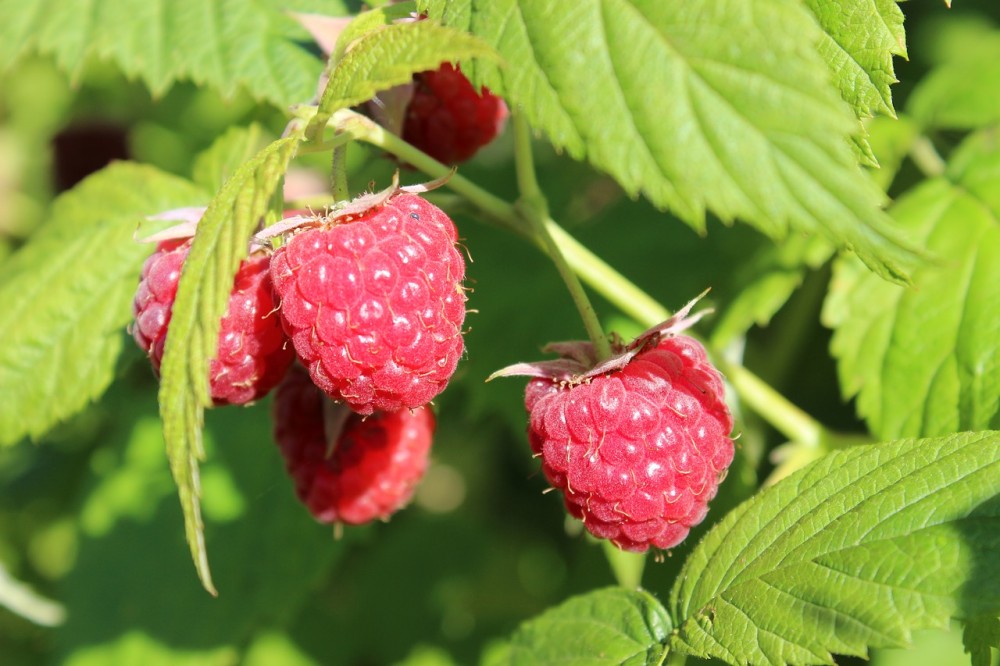 Bright red raspberries are another fruit that grows on vines, and they are native to both North America and Asia minor. As seeds have been found close to Roman forts in Britain, it is widely believed that the Romans were responsible for their spread across Europe.

Today, most raspberries are produced in Europe, particularly eastern Europe, but they can thrive in many countries worldwide.

The fruit belongs to the genus Rubus and the family Rosaceae, one of the largest families of flowering plants that include apples, berries, plums, peaches, cherries, hawthorn trees, and many more.

Raspberry vines, also known as canes, grow quickly and reach upwards of 7 feet. When they grow they produce fruit for two years before dying. By then, the one-year-old vines are there to keep the plant bearing fruit.

The raspberry makes a lovely addition to a garden as it produces fragrant flowers, which it needs for its reproduction. These flowers are a great way to attract bees to your garden.

The raspberry will grow in hardiness zones 3-9, though there are many varieties, so choose one that is suited to your hardiness zone. They need a patch with rich soil and full sun.

To bring a raspberry plant into your garden, start with a bare-root cane. This cane will quickly produce underground runners which will turn into more canes.

If you harvest them regularly they will keep producing and you will get a sizable yield. Fruits are a great source of antioxidants, vitamins, and fiber.

The fruit is a popular fruit to use for jams and, a recipe only involves sugar, fruit, and jars! They are also wonderful fruit to consume fresh straight from the vines they grow on.