Climber vegetables make a unique addition to your vegetable garden, with the vertical growth adding depth and interest to the space.

Many climber vegetables are easy to care for after a dedicated set-up period. If you’d like to add some tasty climber veggies to your garden, here are a few great ideas for vegetables that grow on vines.

Top Climber Vegetables for Your Garden 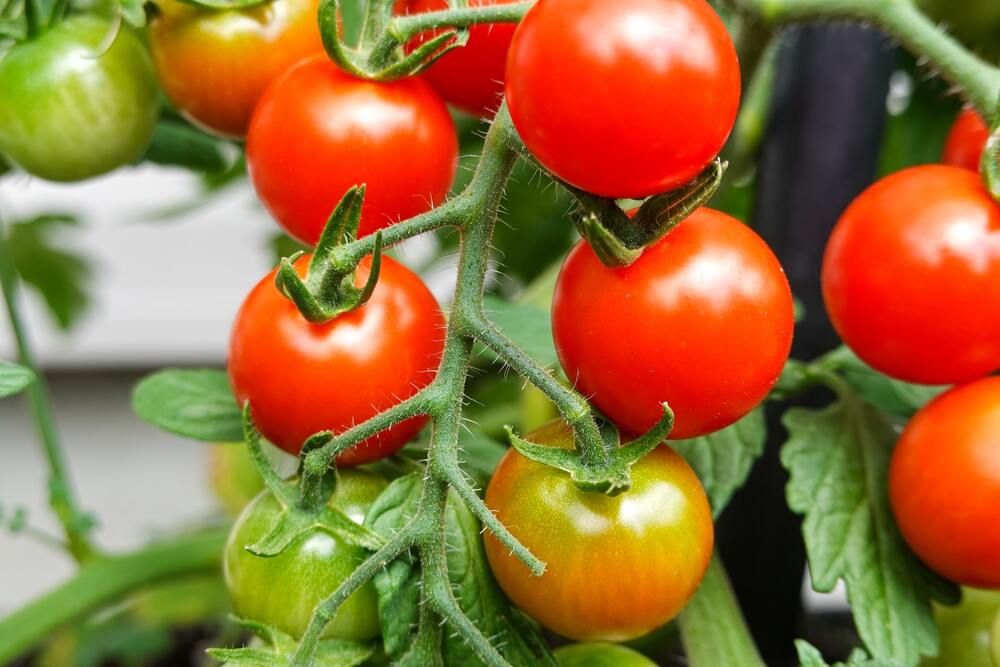 Though some may protest that tomatoes are a fruit, they are considered a vegetable by nutritionists and in cooking, we treat them as such.

Although tomatoes are technically a fruit, if we were to categorize them as such we would need to call eggplants, cucumbers, pumpkins, bell peppers, and squash fruit too.

The tomato was eaten by the Aztecs further back than 700 AD, where it was called “tomatl.” Specimens of the plant were brought to Europe in the 1600s by Spanish conquistadors returning from Mexico. They were first brought back for ornamental purposes.

They were originally feared in Europe, as people thought they killed wealthy aristocrats. Actually, their high acidity leeched lead from their expensive pewter plates and poisoned them.

Eventually, these rumors were dispelled and the tomato grew in popularity, especially after the invention of pizza in Naples around 1880. It remains a staple in Italian cuisine, and is indispensable in many others, including in much of southern Europe, the Middle East, and Central and South America.

China is the leading country producing tomatoes today, with over 30% of the world's supply originating there. India and Turkey are the next two biggest producers, followed by the US.

Tomatoes can be grown in hardiness zones 4 to 11, so they are great options to plant across most of the US. They love the warmth, so they should be planted in a sunny spot in late spring or early fall to ensure the soil is warm enough.

If you want to create beautiful trailing tomato vines in your garden, you'll need the right type of tomato. Two varieties, known as vining tomatoes and bush tomatoes, exist, named after the shape they take as they grow.

The vining variety will require a good staking system as the weight of the tomatoes can easily topple them. They require some effort but having these beautiful plants and tasty crops in your garden is well worth it. 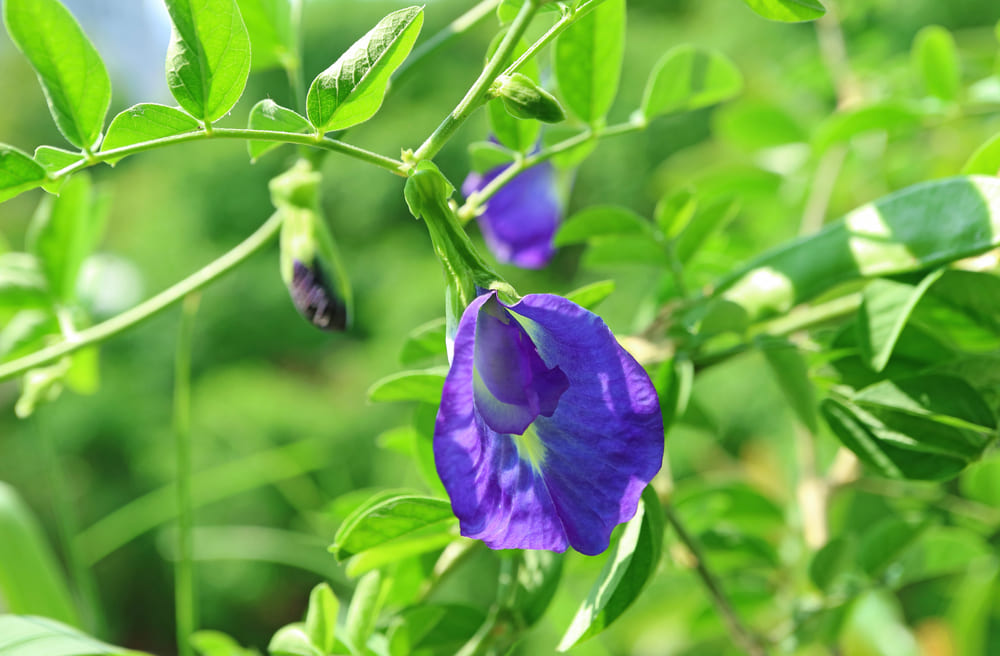 Peas are one of the oldest domesticated crops, with evidence of their production going back to the Stone Age. They have a claim to fame in scientific history, being the plants used by Gregor Mendel in his studies on genetics and heredity.

Peas are very easy to grow. They love cooler weather, and soil rich in phosphorus and potassium. Plant them in spring so that they can mature and develop before the weather warms up.

Growing pea vines vertically is a great way to save some space in your garden. If you grow other climber vegetables you may know how quickly vines can become unruly.

You can solve this problem by growing your peas on a trellis. This not only prevents them from sprawling, but looks great too, and makes a wonderful addition to your garden.

Peas are usually eaten steamed or boiled. Cooking them breaks down the cell walls, creating a sweeter taste and making more nutrients available, which is why they aren’t usually consumed raw.

Peas are also easy to keep for a long time, you can freeze the ones from your garden if you have a large harvest. You should freeze your can as soon as possible after harvest.

Blanch them and toss them into ice water first to keep their full flavor and prevent them from becoming starchy.

So, if you want a climber vegetable that’s easy to care for and looks wonderful, consider adding some pea plants to your vegetable garden. 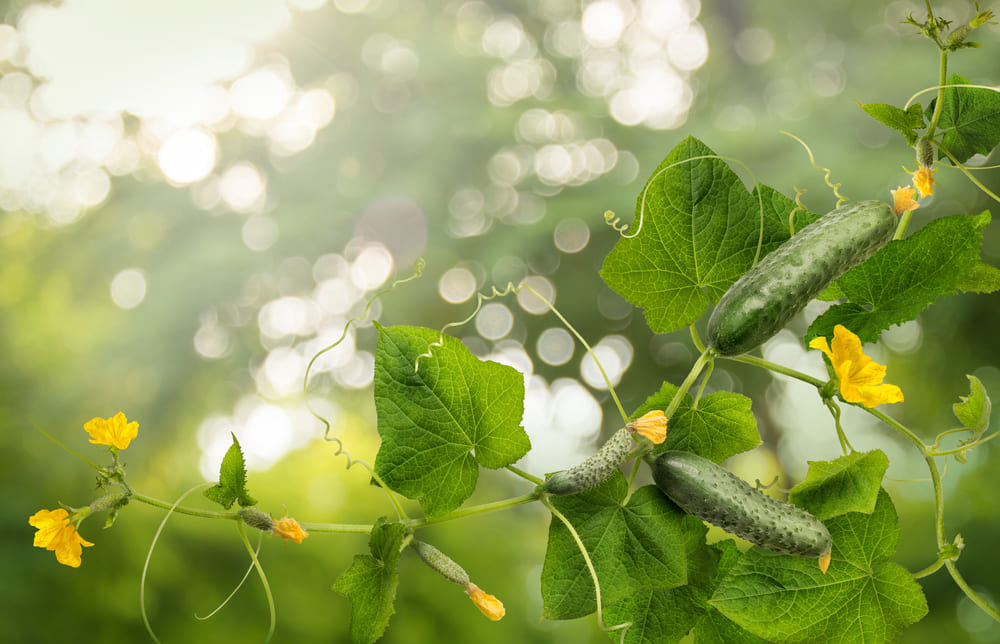 Cucumbers are native to India and have been grown for food for almost 4000 years. They belong to the same family as watermelons, honey melons, squash, zucchini, and pumpkins. This family is Cucurbitaceae, also referred to as gourds.

These plants all contain cucurbitacins, a compound that gives varying degrees of bitterness. In fact, they all had very bitter ancestors, but selective breeding has created some much more pleasing tastes.

Heat and watering levels while growing can affect the number of cucurbitacins in a cucumber. High levels can make them too bitter but there are some remedies.

Cutting off the skin is one solution. It won’t completely remove the flavor but will largely reduce it. “Milking” the cucumber by rubbing pieces together is also helpful as it draws cucurbitacins out from the cucumber. Salting the cucumber will also help reduce the bitterness.

More cucumber varieties are grown for pickling today than to eat fresh. China, Iran, and Turkey lead in the world’s production of cucumbers, with China producing over 55 million tonnes per year.

Growing cucumbers in your back garden is a great way to have some fresh cucumbers on hand for snacks, salads, or dips. Or, if you love pickles you can have a steady supply to try out your pickling skills.

Adding a trellis will keep the plant clean and save you space in your garden. Certain varieties of cucumber can save even more space, such as “spacemaster” cucumbers which grow on compact, easy-to-manage vines. 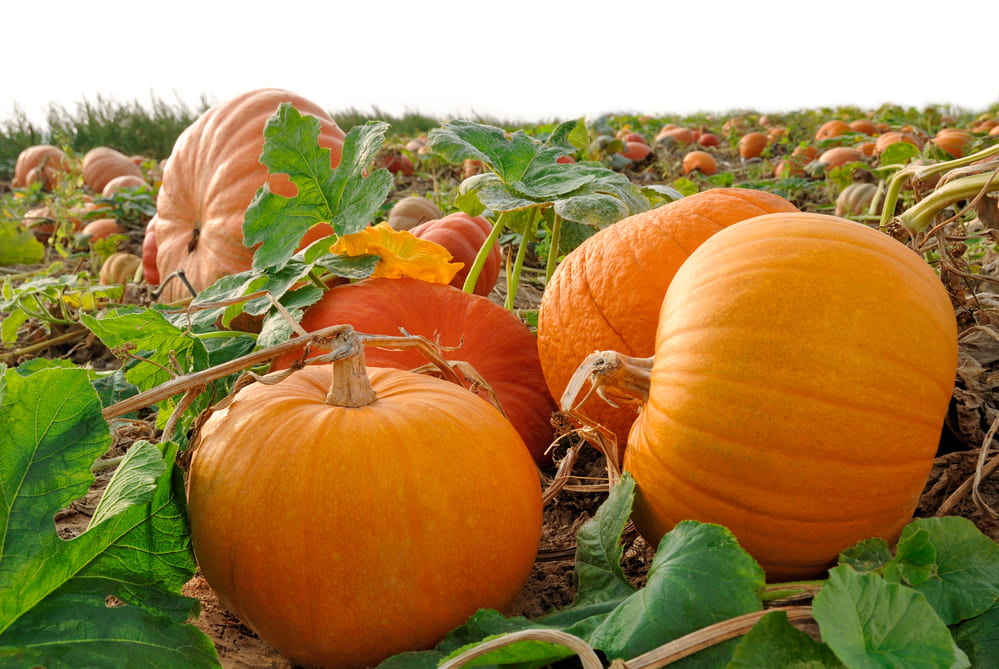 Pumpkins originated in North and Central America, with evidence of seeds around various sites dating back over 9000 years ago. It spread to Europe and other parts of the world in the early 16th century.

Native Americans had many uses for pumpkins. Every part of the pumpkin is edible, and they would eat the seeds, roast strips, or make a sweeter dish by filling the hollowed-out pumpkin with milk and spices and baking it. The sap and pulp were used for burns. Dried-out strips were also used to weave into mats.

Pumpkins are most famously associated with fall, and especially with Halloween. This tradition originated with Irish immigrants to the United States, who made their traditional Celtic holiday of Halloween popular in their new home.

In Ireland, they had carved faces into turnips to ward off the evil wandering spirit of Stingy Jack, who had been refused entry both to heaven and hell.  When they moved, the tradition carried on but now uses the native pumpkin.

If you have space and a long growing season (75-100 frost-free days) then you can add these native vegetables to your garden. A spot with full sun and somewhere for the sprawling vines is perfect. If you are low on space, smaller varieties can be added to a trellis.

Pumpkins need rich soil as they are heavy seeders and they need bees for pollination, so be mindful of pesticide use. Although they can be a bit of work, they are beautiful and fun to grow.

You can even time your harvest to coincide with Halloween to have fresh pumpkins ready for the holiday. 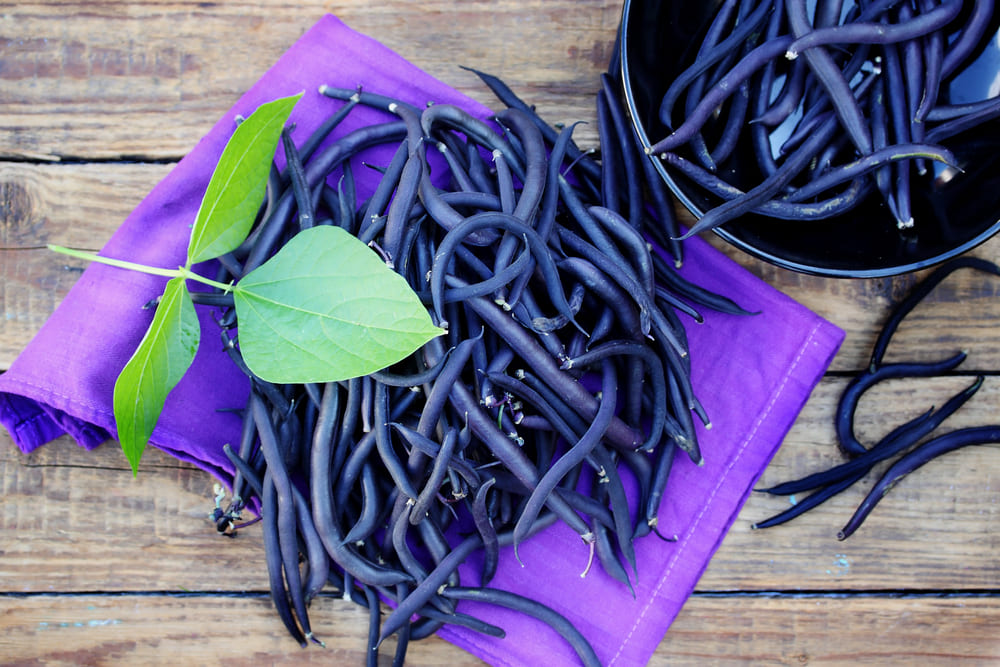 These beans are a great addition to any garden. They have been grown for thousands of years, and are one of the quintessential American crops, along with corn and squash.

Pole beans yield 2-3 times more than bush beans for the space allotted and add an attractive visual feature, so they are perfect for smaller gardens.

There are many varieties of pole beans available to choose from. Kentucky Wonder Pole Beans are the most popular variety available today. They have a rich flavor and are resistant to bean rust, a common disease affecting pole beans.

Make sure to plant pole beans somewhere warm. They do not transplant well so it’s important to get the location right when sowing the seeds. Warm air temperatures of over 60 degrees F. will be needed for the full duration until harvest, which takes 60-70 days.

Beans need a little help to climb onto their supporting structure when young, and it’s important to get them up off the ground to help them bloom and prevent rot.

A bit of effort to create the right conditions at the start of your bean crops will result in a crop that is easy to look after, space-saving, beautiful, and will produce a bountiful harvest.

You can keep harvesting the beans throughout the harvest season. Consistent harvesting will encourage new flowers, and new pods, and promote healthier vines.