The plant world uses flowers to attract pollinators and disperse the next generation of seeds. When it comes to the relationship between humans and plants, most ornamental species are cultivated almost exclusively for their flowers.

Yet some of the most beautiful flowers belong to the most dangerous plants.

Chances are, the majority of your garden is perfectly safe. However, you may be surprised to learn that a few of your favorite flowers contain toxins that can cause illness or even death!

Keep reading for some types of poisonous flowers commonly found in gardens, plus how to keep you and your family safe from accidental poisoning. 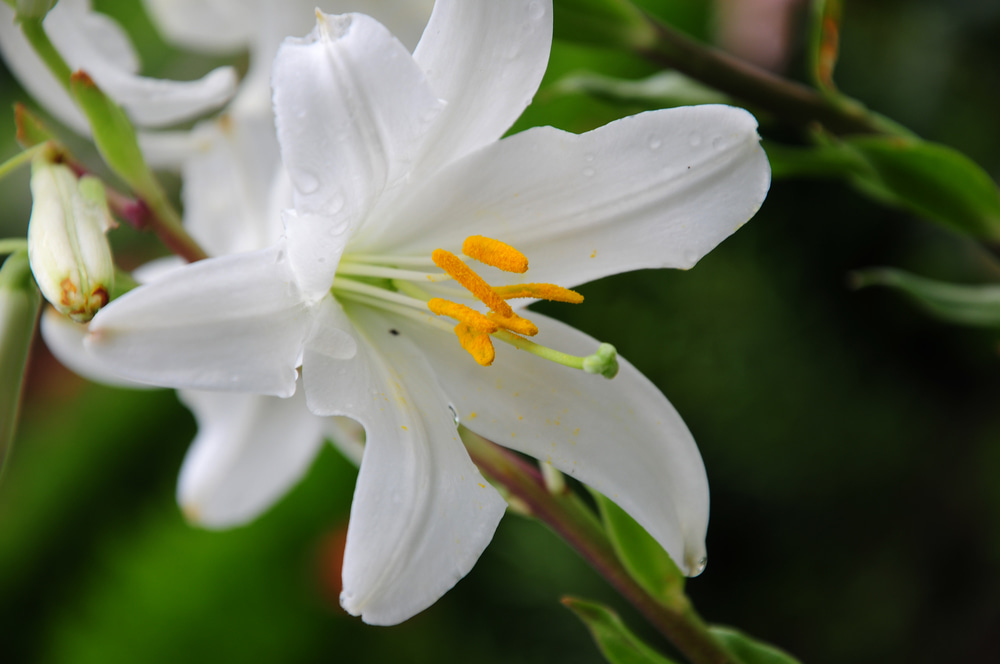 Many garden centers sell potted Easter Lilies at the first sign of spring. These bulbs are equally as popular as container plants as they are as garden perennials.

Although all parts of the Easter Lily are toxic when ingested, the risk to humans is quite low. Some people experience contact dermatitis after handling lilies, similar to that caused by poison ivy.

Cat owners should be extremely cautious with this flower — it’s best to keep it out of your home altogether! Even a small amount of ingested Easter Lily can cause liver failure in domestic cats. 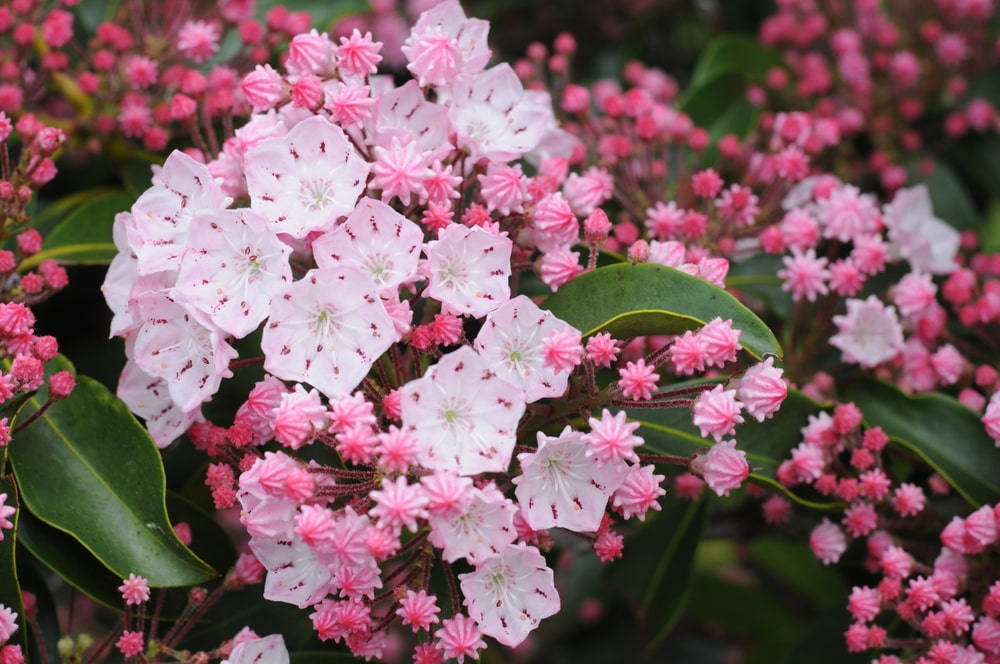 Mountain Laurel is a deceptively beautiful shrub that grows natively within much of the eastern United States. This plant can be found growing wild in meadows and wetlands, but is also cultivated in many private gardens.

All parts of the Mountain Laurel plant are toxic when ingested. According to the US Forest Service, even honey made from this flower’s pollen can be toxic.

This bush should not be grown in areas with pets or young children. Although the plant is only dangerous when consumed, poisoning via Mountain Laurel can be so severe it ends in death.

The toxicity of Wolfsbane (also known as Monkshood) is so infamous that many people believe it only exists in fairy tales. But this supposed defense against werewolves is a very real flower that grows throughout parts of Europe and Asia.

Wolfsbane is grown around the world. However, accidental poisoning cases are rare.

While consuming a large amount of Wolfsbane can cause heart failure in a matter of hours, smaller doses are unlikely to cause anything more than an upset stomach. 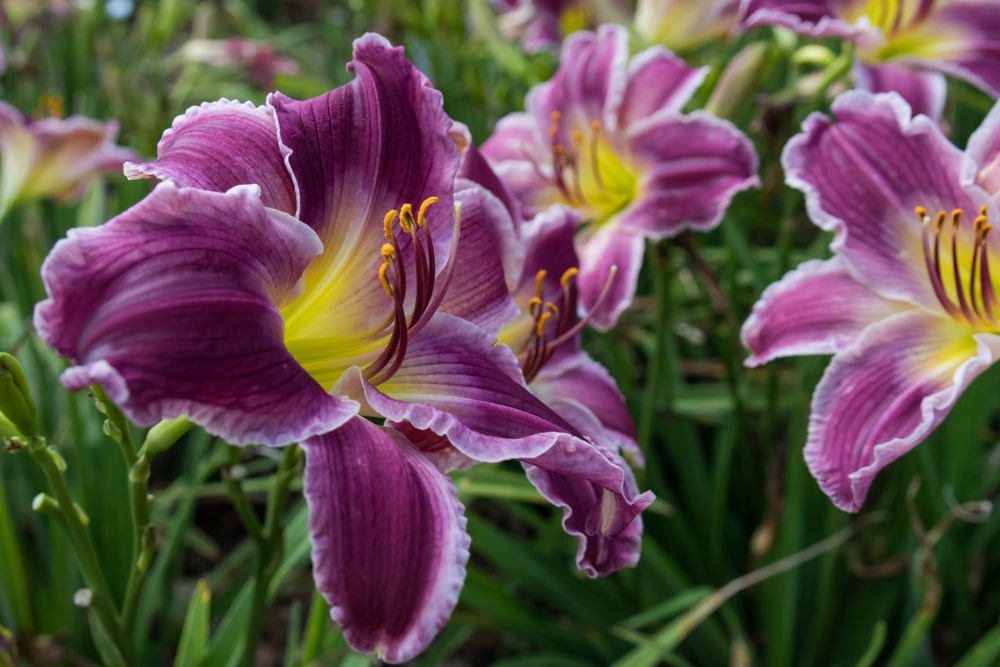 If you have a garden, there’s a very good chance it contains at least one daylily. These grassy shrubs come in seemingly endless color combinations and can handle almost any growing condition.

Extreme caution should be taken when growing daylilies around cats. According to the FDA, all it takes is a few grains of Daylily pollen to trigger kidney failure in felines.

Fortunately, daylilies are not significantly toxic to humans, dogs, and other animals (ingesting parts of the plant will trigger an upset stomach at worst). 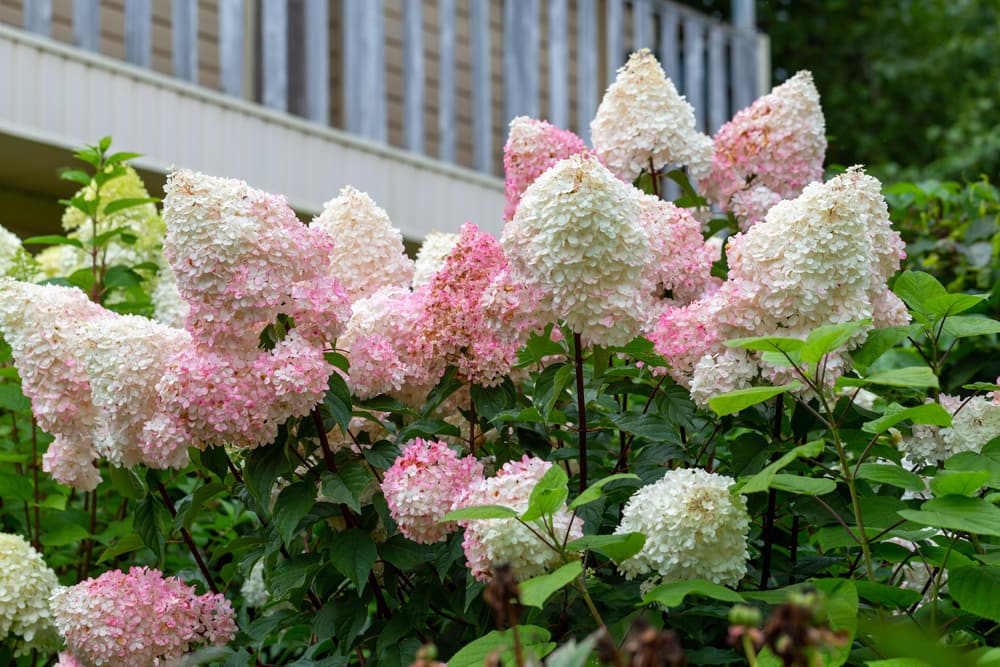 All parts of hydrangea shrubs are toxic when ingested because they contain a type of cyanide. But don’t panic just yet!

Hydrangea poisoning is very rarely fatal. A significant amount must be ingested to trigger anything more than nausea, vomiting, and general indigestion.

Note that domestic cats represent most cases of hydrangea toxicity. This is because they are more likely to chew on the leaves and stems than humans or dogs (though you should still monitor all pets and young children in the garden!). 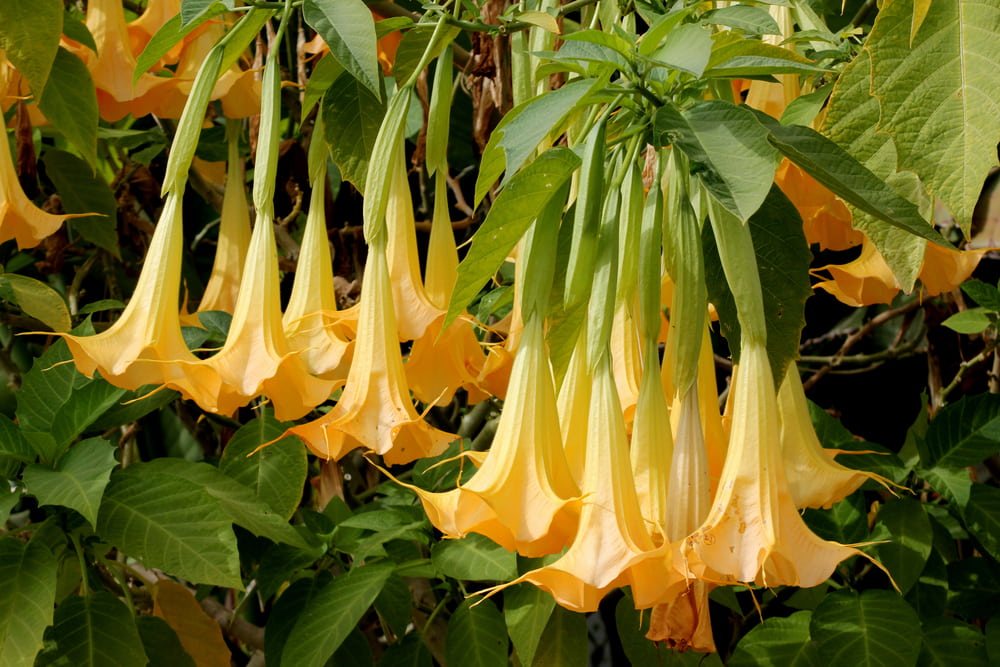 Angel’s Trumpet is the common name of a variety of plant species, most of which belong to the toxic genus of Brugmansia. Consuming small quantities of these plants is most likely to cause mental and gastrointestinal symptoms.

Several ornamental species bear trumpet-shaped flowers, so you shouldn’t assume that every plant with this appearance is a member of the Brugmansia genus.

It’s a good idea to teach young children not to touch or consume any plant parts they find in the garden! 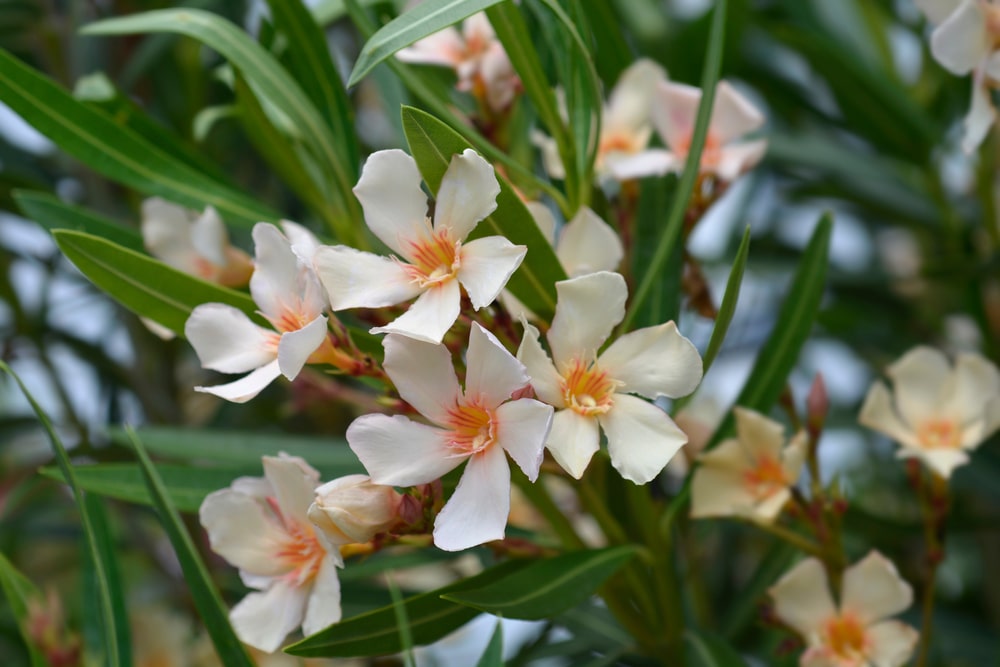 Oleander is a flower whose intense beauty has persuaded humans to grow it in their gardens despite being fully aware of its danger.

All parts of the Oleander plant contain cardiac glycosides — organic compounds that affect heart function — and can be fatal when ingested. Children and pets are at the greatest risk for poisoning because of their relative size.

Oleander sap can trigger skin irritation when touched. Even the smoke of burning oleander can trigger reactions in humans and animals in the immediate area. 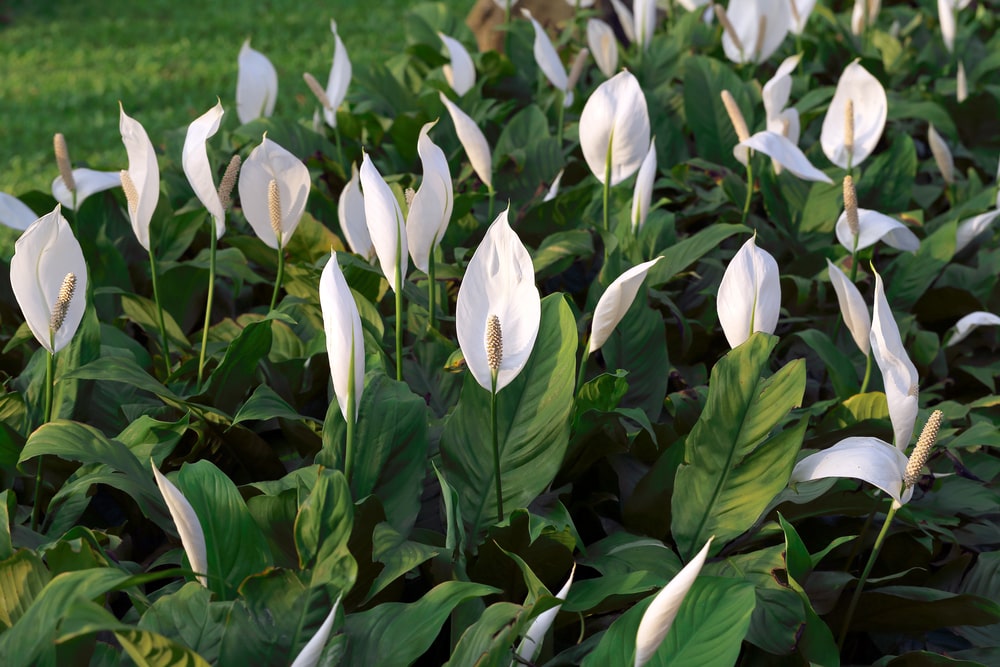 Unless you live in a tropical climate, you’re unlikely to have a Peace Lily growing in your outdoor garden. But these low-maintenance flowers are incredibly popular as houseplants.

Fortunately, the Peace Lily is not as toxic as most other flowers known as lilies. Ingesting parts of the plant can cause mild oral irritation in humans and animals.

In rare cases, cats can consume enough of the plant’s tissue to experience kidney problems.

The stunning Foxglove plant has been used in herbal medicine throughout history. Even today, pharmaceutical companies harvest digitalis, a compound used in heart medication, from these plants.

But this compound is exactly what makes Foxglove poisonous. Few ornamental plants will earn the ire of livestock owners like a Foxglove will. Poisoning is rare in people — children are at the most risk.

Foxglove more often affects horses, cows, and other livestock that encounter the flower during their routine grazing (but severe illness or death is quite rare). 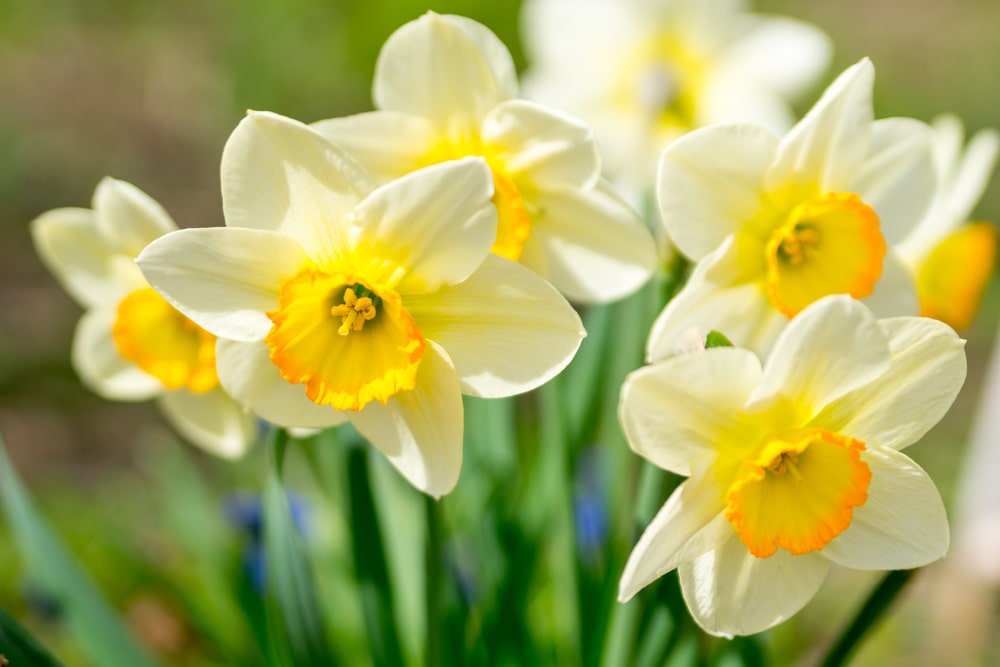 Nothing says spring like a cluster of yellow daffodils! But you should think twice before letting children or pets interact with these flowers unsupervised.

While toxins are present in all parts of a daffodil, the bulb contains the highest concentration.

Symptoms of daffodil poisoning typically include oral and gastrointestinal irritation that resolves in a few hours. Touching bulbs may also cause skin irritation. 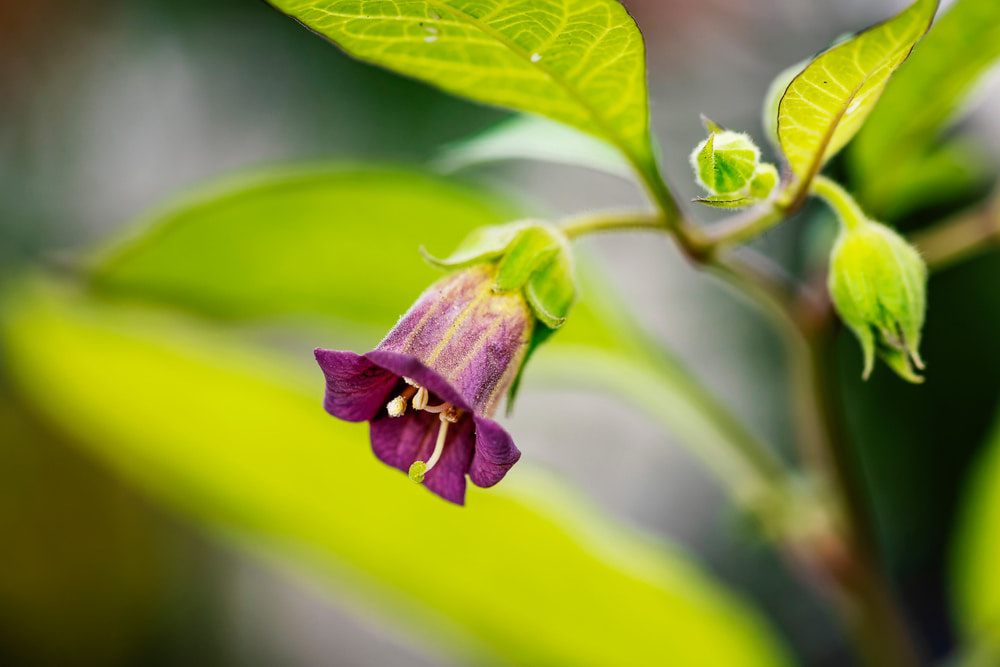 A name like Belladonna calls to mind a beautiful flower fit for only the best gardens. But if you know this plant by its other colloquial name — Deadly Nightshade — you’ll think twice before going anywhere near it!

Poison exists in all parts of Belladonna but the berries are the most dangerous. Unfortunately, this means that young children are very likely to eat this toxic plant by accident.

While Belladonna can be disastrous if planted in the average garden, it has an important place in folklore, literature, and art of all kinds. It is also used to create ophthalmology medications today. 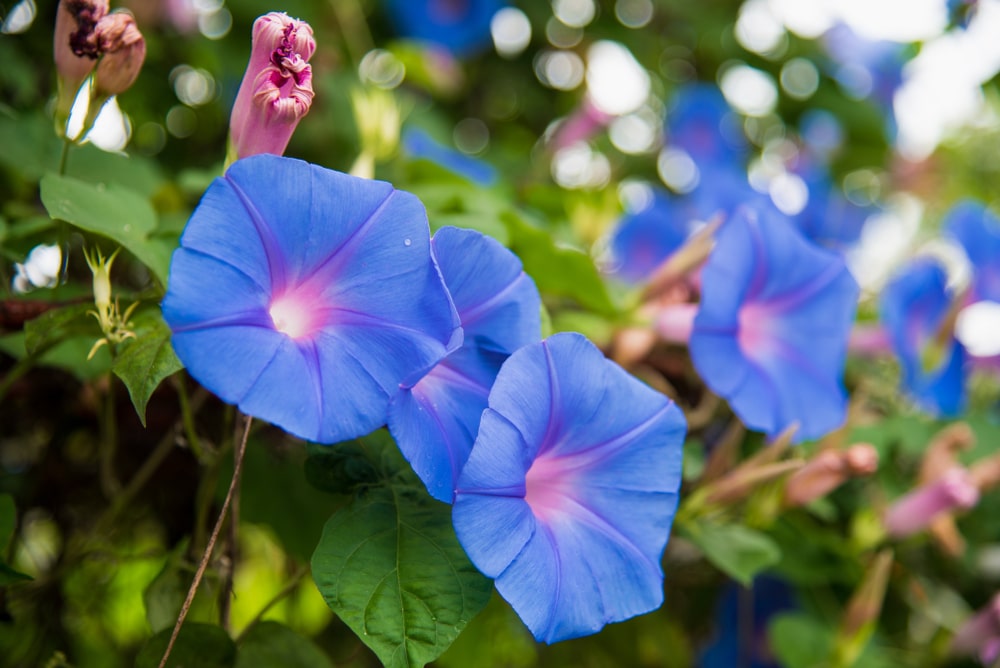 The claim that Morning Glory seeds can trigger LSD-like hallucinations might sound like an urban legend. But it is actually 100% true.

The seeds of this plant should be kept safely away from children and pets who may ingest them. Other parts of the plant are non-toxic. 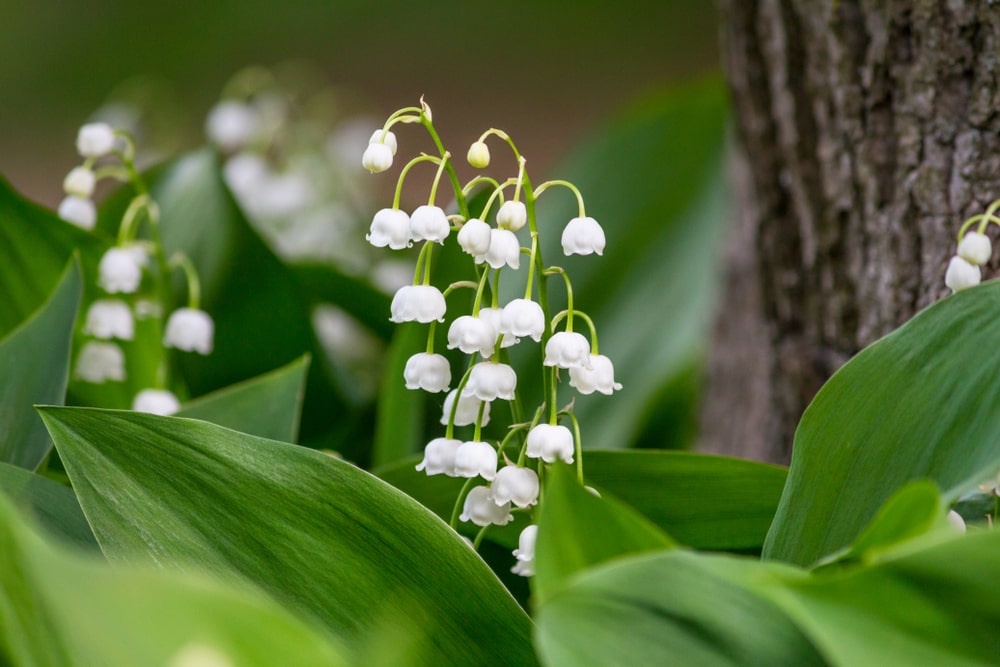 Lily of the Valley looks like something straight from a storybook. In gardens where children and pets routinely roam, however, its beauty is quickly overshadowed by its potential danger.

Though small, Lily of the Valley contains over 30 cardiac glycosides. When consumed in large enough doses, parts of this plant can cause heart failure in humans and animals.

While an adult human is unlikely to ingest a fatal amount of Lily of the Valley, as little as two leaves could cause death in small children and animals. 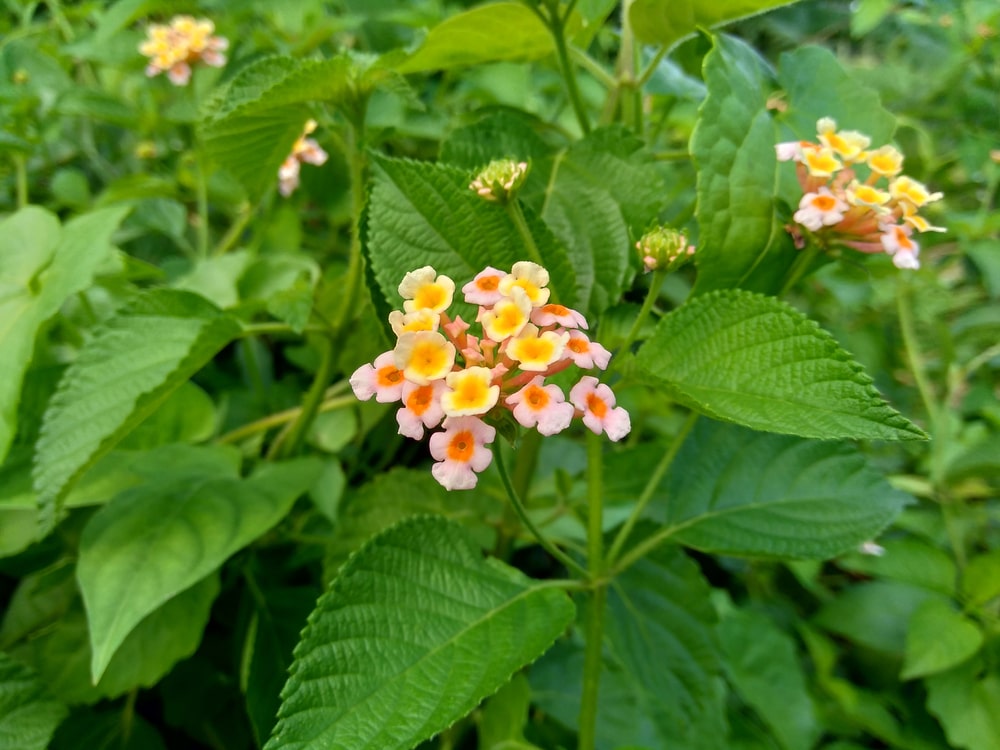 Lantana is just one example of a plant that is purely ornamental in many areas but a weedy nuisance in others.

Consuming any part of the Lantana plant can trigger symptoms like vomiting and labored breathing. Unripe berries contain the highest concentration of the plant’s toxic compounds, pentacyclic triterpenoids.

Be cautious in allowing livestock to graze in areas where Lantana grows as a weed. Horses, cattle, rabbits, sheep, and other herbivores may experience liver failure after eating the plant. 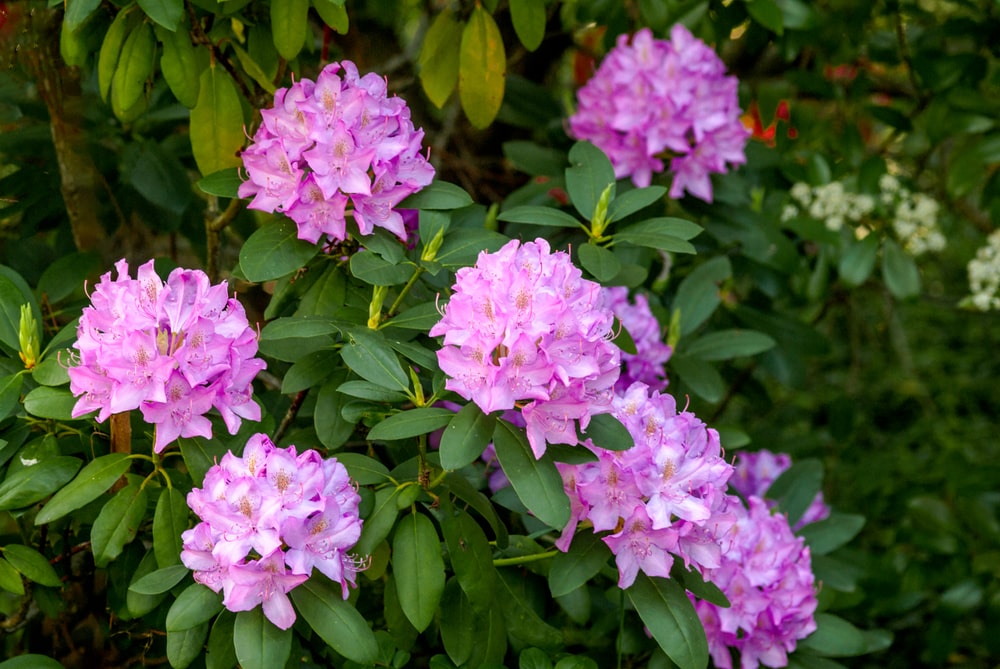 It’s easy to view poisonous flowers as a bane of the plant world. It’s important to remember that many of these species, including the brilliant Rhododendron shrub, produce toxins to protect themselves from hungry animals.

Poisoning from Rhododendron is rare in people — according to National Poison Control, children mistaking these flowers for Honeysuckle accounts for a significant number of cases.

Monitor pets and livestock who may graze on parts of the plant. Rhododendron flowers are also infamous for producing something called “mad honey.”

This is honey made from the pollen of Rhododendrons that contain high levels of grayanotoxins as a result. 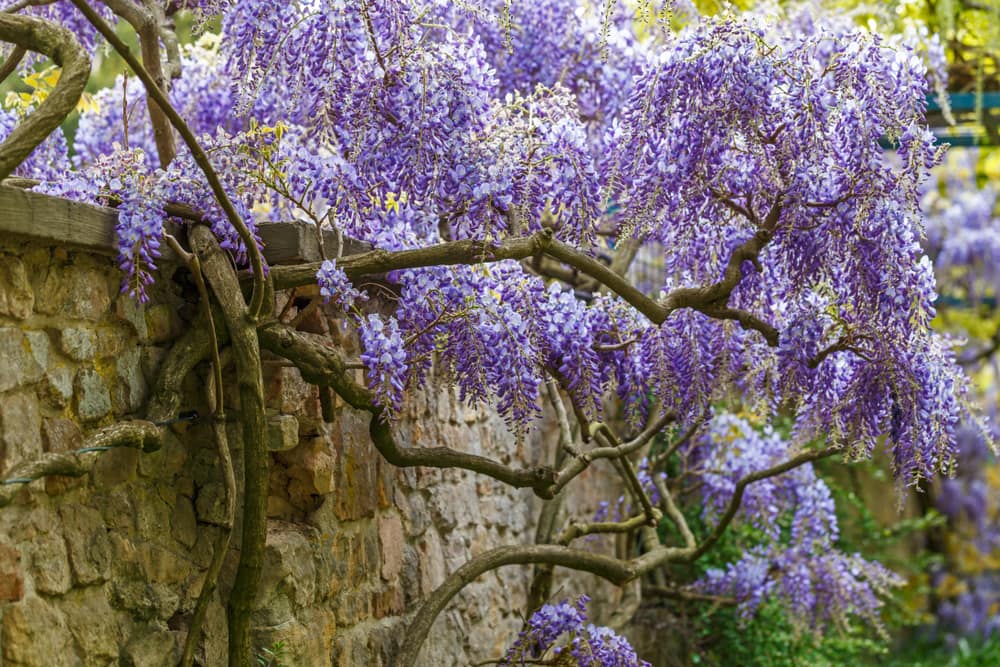 Wisteria is a beautiful vining tree grown in many parts of the world. While countless gardeners grow Wisteria without any issue, this plant is quite toxic. Seeds and seed pods carry the largest concentration of toxins.

Always monitor children who may unknowingly ingest Wisteria seeds taken from the vine or found on the ground. Keep dogs and other animals away from Wisteria, as they are the most likely to consume parts of the plant. 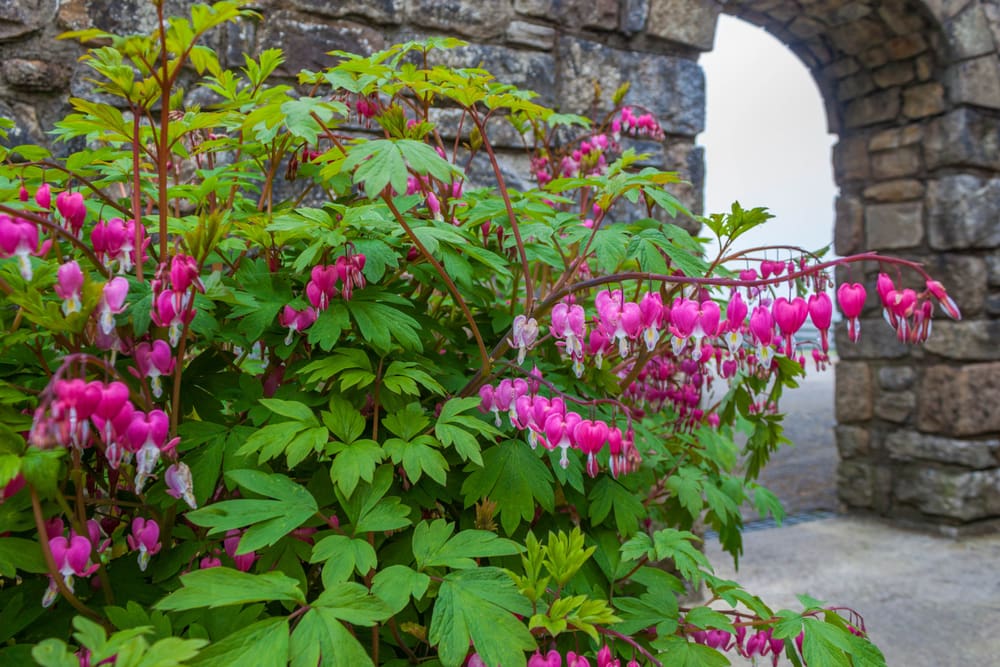 Bleeding Heart is an extremely easy plant to grow and the flowers are unlike anything else you’re likely to find in the garden. However, ingesting large quantities of this plant can cause health problems in children, pets, and livestock.

The sap of Bleeding Heart plants may cause poison ivy-like symptoms when it contacts the skin. Gardeners with sensitive skin should don gloves and long sleeves when working with or around Bleeding Hearts. 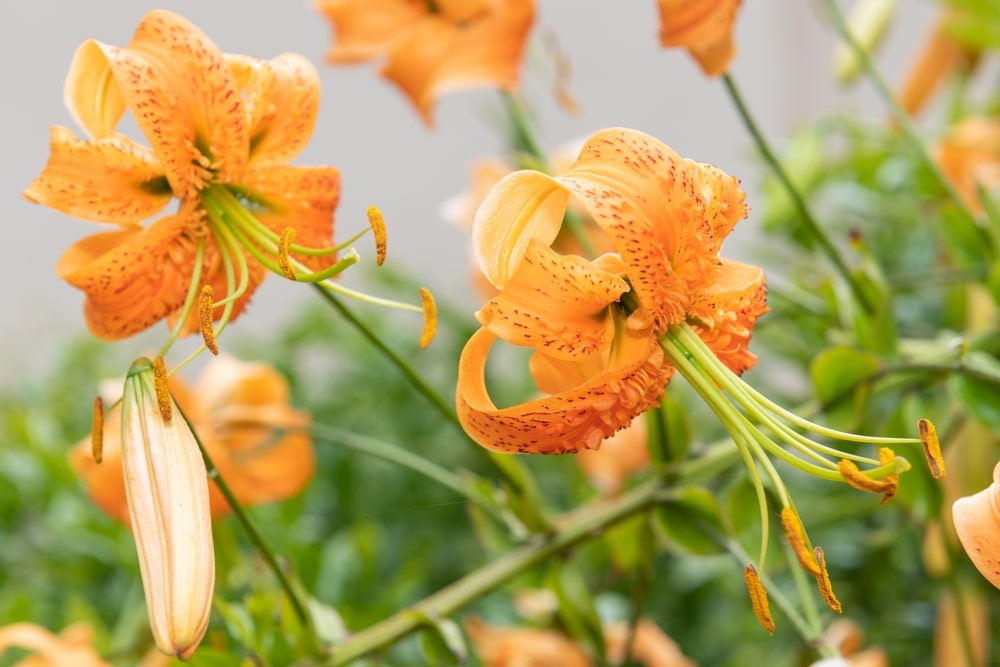 Tiger Lilies are closely related to Easter Lilies and, as a result, carry the same potentially fatal risk to cats. Cats that have consumed any part of this flower should be seen by an emergency veterinarian immediately.

Humans, dogs, and livestock that ingest Tiger Lily may experience mild stomach-related symptoms (or no symptoms at all). 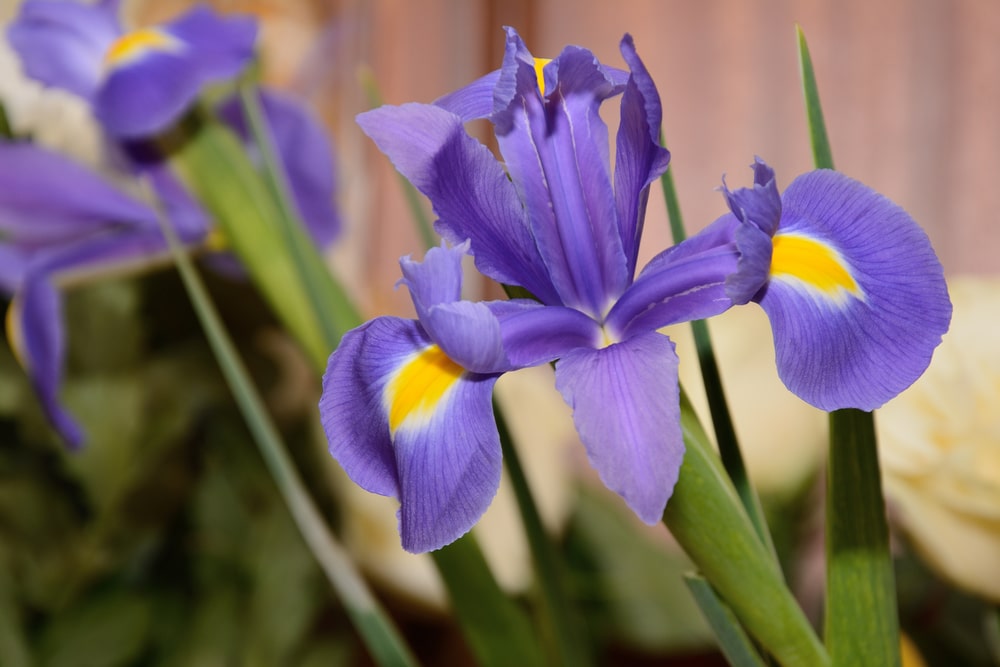 Iris bulbs are an easy way to add color and diversity to your spring garden. If you choose to plant these flowers, however, be sure to place them out of reach of pets and livestock.

Most of the toxins found in this plant are contained below ground in the bulb. Ingesting any part of an Iris will cause digestive issues. While these symptoms are mild in people, they can be fatal in cats, dogs, and other animals. 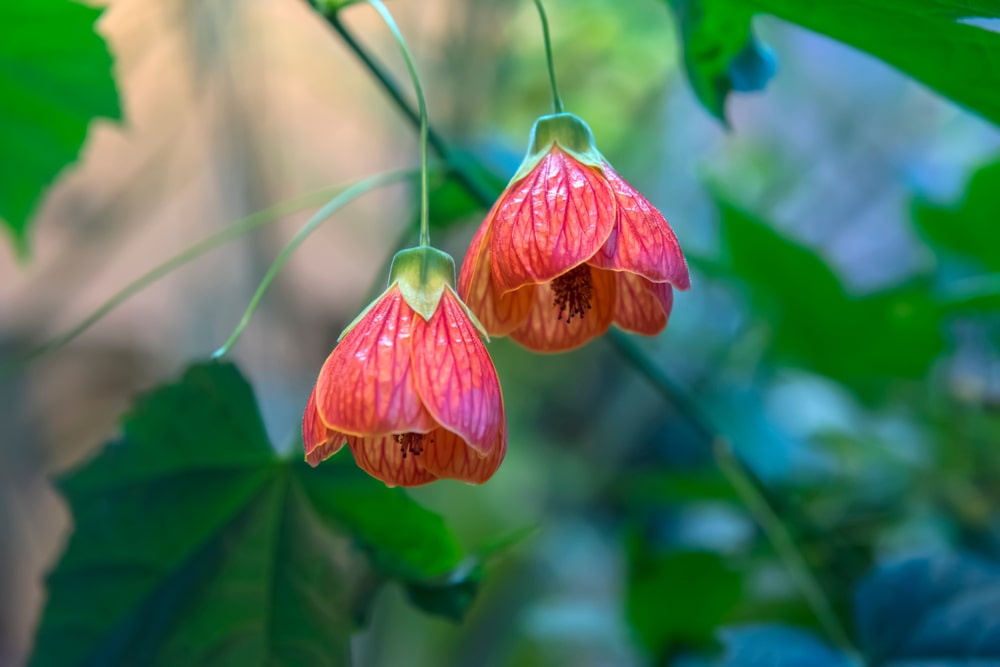 Chinese Lanterns are popular because of the unique “paper lanterns” that form around the fruit. In many climates, however, this plant is invasive and poses a risk to pets and livestock.

The most toxic parts of a Chinese Lantern plant are its unripe berries. Yet those same berries are edible once ripe. If you’re not 100% confident in your ability to identify and harvest Chinese Lantern berries, it’s best to just leave them be! 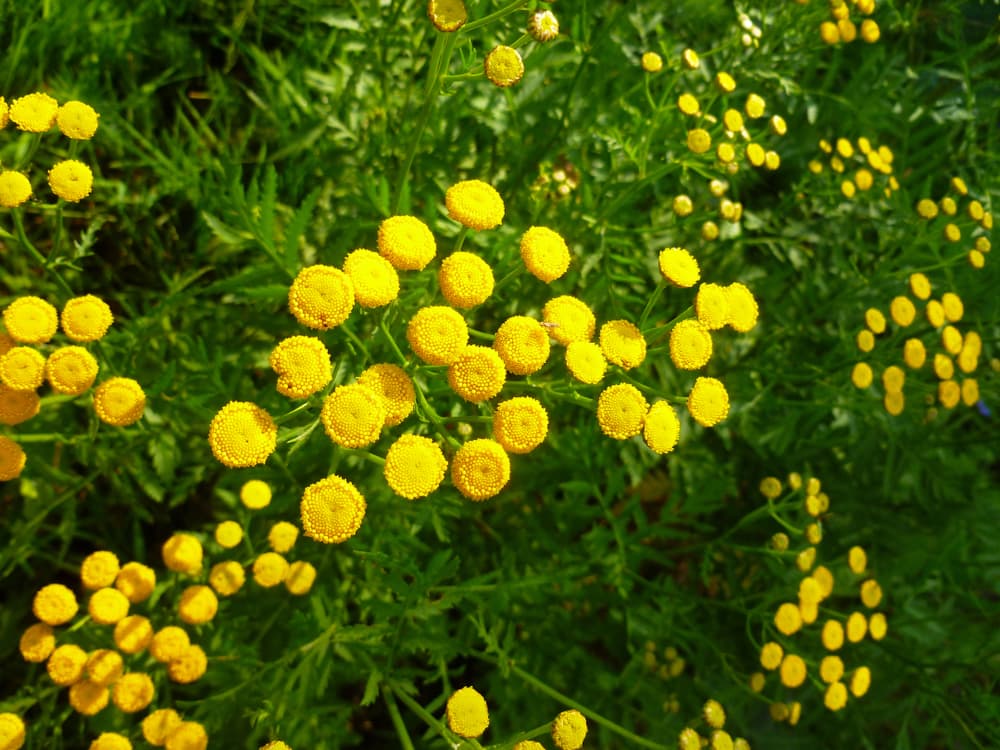 Common Tansy was used historically as a culinary and medicinal herb. Today, however, it’s more commonly known for making grazing livestock sick. The stems and leaves of Common Tansy also trigger dermatitis in some people.

Toxicity aside, there’s plenty of reason to keep this flower out of your herb garden. This plant is incredibly invasive in many areas because it spreads rapidly and easily out-competes native flora. 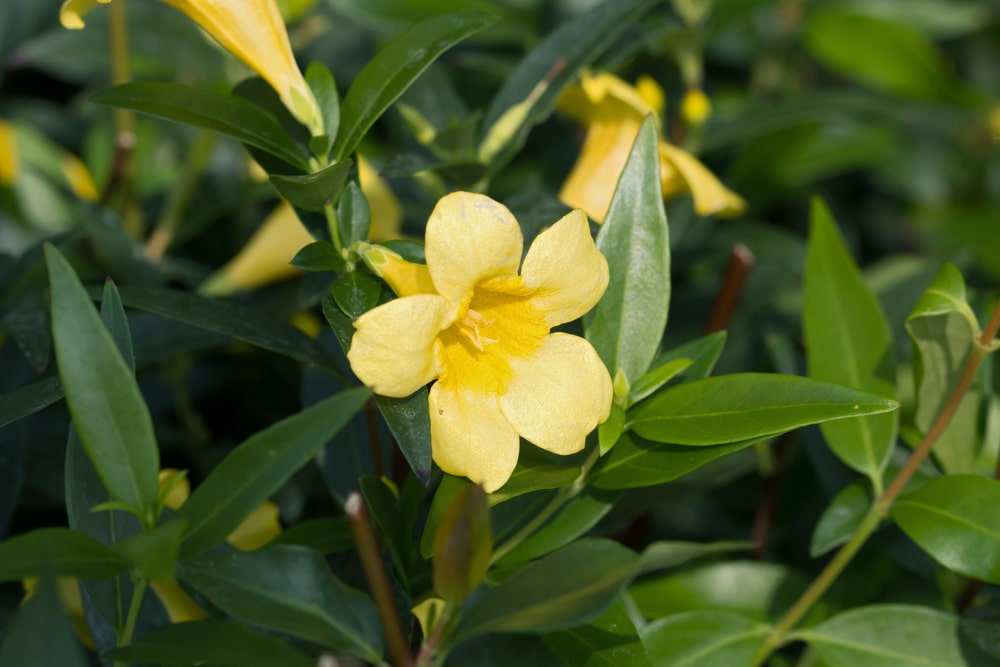 Carolina Jessamine, the state flower of South Carolina, is a common landscape plant that should be grown with caution.

All parts of this plant are toxic when ingested — children, in particular, are known to mistake the blossoms for those of Honeysuckle.

Despite Carolina Jessamine’s propensity to attract pollinators, early research shows that the plant could also negatively impact bees who consume too much of its nectar.

You can offset this concern by filling your garden with various bee-friendly flowers that bloom at different times of the year.